Lazzarini Design Studio's latest project is a 137-meter-long luxury yacht called Avanguardia. The gigantic yacht was named after the English word ‘vanguard’. This refers to the control tower at the top of the ship that looks like a swan's head. 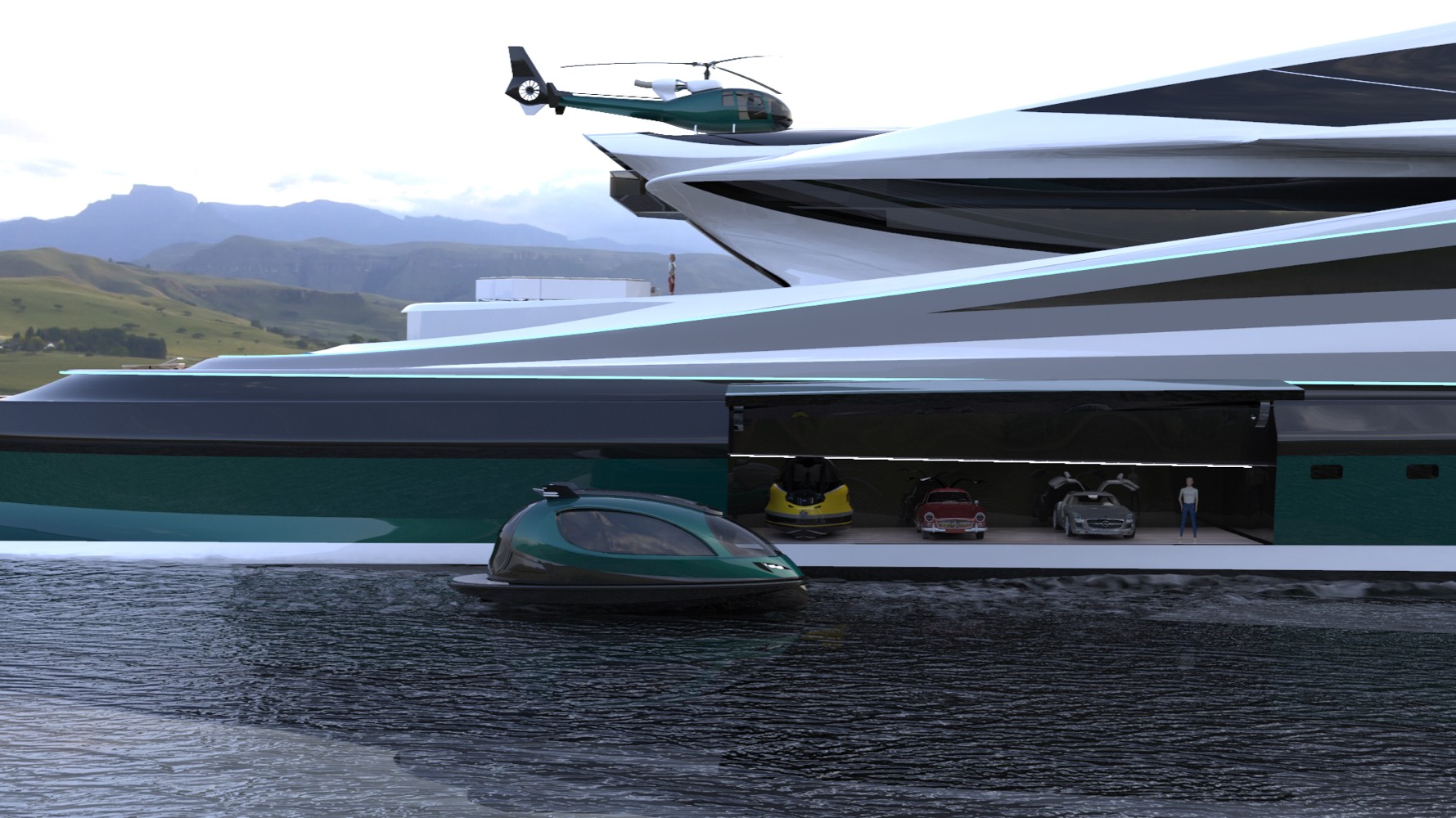 Pierpaolo Lazzarini is a former car designer who now works as a freelance designer under his own studio. He is also the founder of the company Jet Capsule S.r.l. that launched a new boat concept, the Jet Capsule, in 2014. Lazzarini also designed the extravagant concept for Avanguardia with, evidently, a cargo space for two Jet Capsules at the rear.

The yacht is the embodiment of extravagance and luxury.

The most remarkable thing about this vessel, however, is the control tower which can be folded completely backwards onto the ship or forwards so it can be placed on the water. The 'head' of the tower can even disconnect and function as a sixteen-metre-long boat. While it is disconnected, the highest point of the yacht temporarily becomes the control tower. Furthermore, Avanguardia has five decks, including two landing strips for helicopters. A total of sixty people can be on board, of whom about ten are crew members and twelve are employees.

Avanguardia is equipped with two electric engines and an MTU Rolls-Royce Jet engine in case the yacht needs more speed. The realisation of Lazzarini's concept costs no less than 500 million dollars. The yacht is the embodiment of extravagance and luxury with a unique design, available in black and white. Who will soon be able to call themselves the proud owner of this vessel? We can’t wait to find out and see the yacht sailing away on the ocean!