A special visitors centre on a unique location

In remote Longyearyen in Svalbard, an archipelago in the Arctic Ocean, the Snohetta architects are building a special visitor centre for Arctic preservation storage. Architecture studio Snohetta designed a visitor centre for this special place for 'Arctic conservation storage' called The Arc, a reference to its location in the Arctic and its function as an archive for world memory. The centre was designed and will be built for Arctic Memory AS, part of the Arctic World Archive.

This archive ensures that the world's digital heritage and valuable data are kept safe. It is a safe place in one of the most remote places in the world where data will remain available if all other systems fail. For example, data is stored offline on digital film that has a reported life span of 500 years. Svalbard is located in the permafrost, 1300 km beyond the Arctic Circle and 78° north of the equator. This is why this island has a special and unique geopolitical and climatic stability. This makes it the ideal place for safe, long-term storage of such data. Who would have thought that such a thing also exists outside the movies. But somewhere deep in the Arctic, there is a kind of safe with an archive of the history and culture of the world.

The visitor centre will show content from the Svalbard Global Seed Vault, the world's largest secure seed bank in which seeds of as many plant varieties as possible are stored, including food crops, and the Arctic World Archive. "The visitor centre will allow people to experience what is stored in the vault without going into it," says Julie Aars, architect at Snohetta. 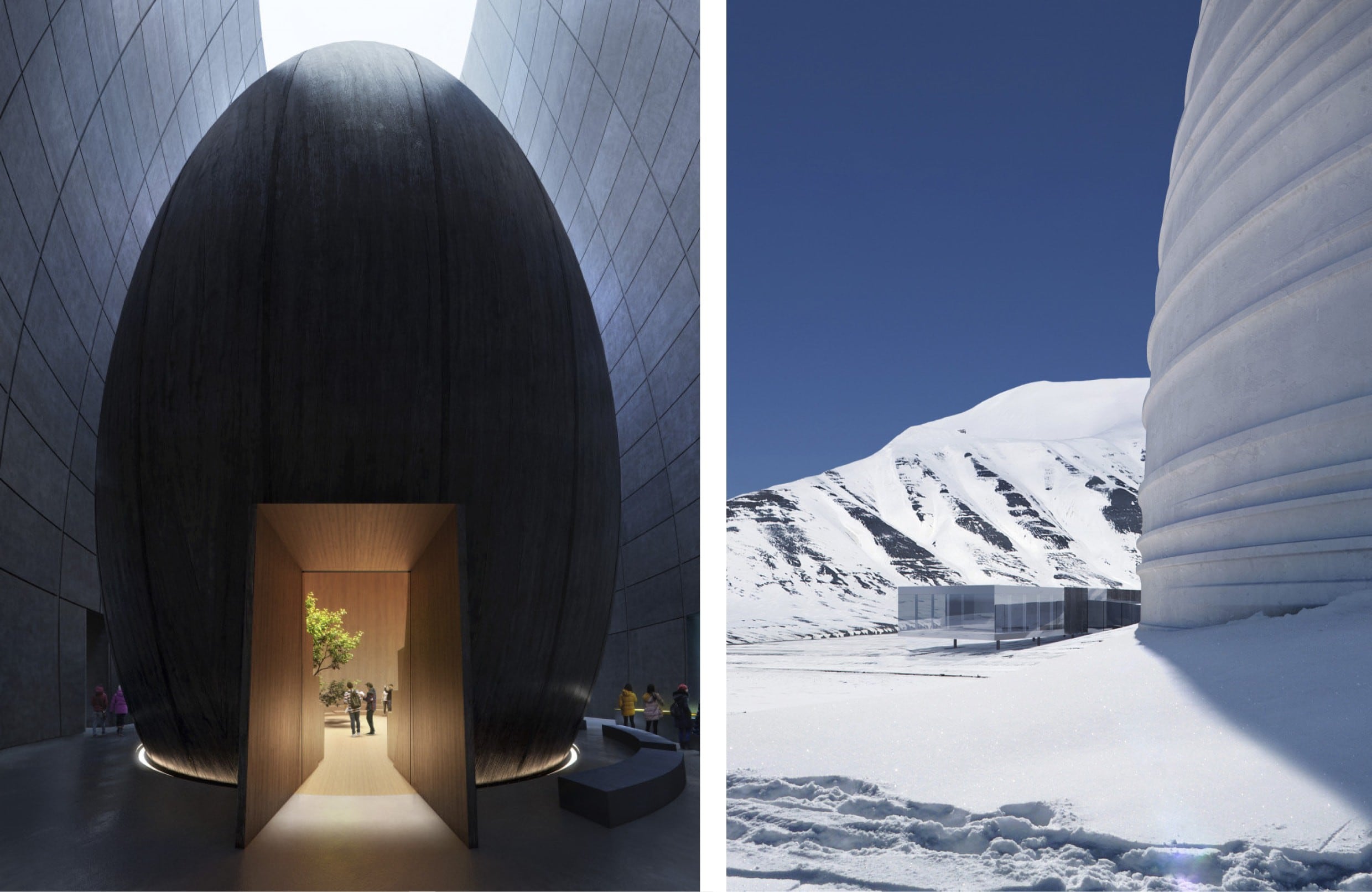 "The Visitor Centre will allow people to experience what is stored in the vault, without going into the vault themselves."

The Arc is divided into two separate volumes: the entrance building and the exhibition building. The first is the rectangular part that you see. It is almost entirely made of dark glass and elevated to prevent the permafrost from heating up and snow from accumulating. The roof is designed to accommodate solar panels. The entrance building contrasts with the exhibition building in terms of colour, shape and texture. The latter has a unique shape and scale. The architectural form is timeless and looks familiar but also extra-terrestrial. The exterior looks a bit like a robust monolith. You can reach this building by means of a glass bridge from the entrance building.

Inside, 'the vault' looks as futuristic and alien as it does on the outside. The dark walls and the high, dramatic vertical vault create a mysterious atmosphere. In the middle is the ceremonial space in an almost identical shape to the main building. There is even a deciduous tree in the ceremonial hall that represents the vegetation that used to grow on Svalbard.

This special building is expected to be completed in 2022.

Furniture exhibition with love as theme