Noero Architects surprises us with Castle Rock Beach House with impressive architecture and organic curves. With a large skylight and sand-coloured facades, this impressive home in South Africa takes full advantage of the landscape and is almost totally absorbed by it.

Noero Architects is an architecture firm based in Cape Town. It was founded as early as 1984 in Johannesburg and is now a recognised name in the world of architecture and design. The studio has won several national and international awards, including the Lubetkin Prize (2006) and the Icon Awards for Building of the Year (2013). The architects approach architecture as a social art so that their projects should not only be functional but also beautiful. A good example is this amazing house built on a rocky peninsula an hour from Cape Town. Castle Rock Beach House hardly stands out in the surroundings than 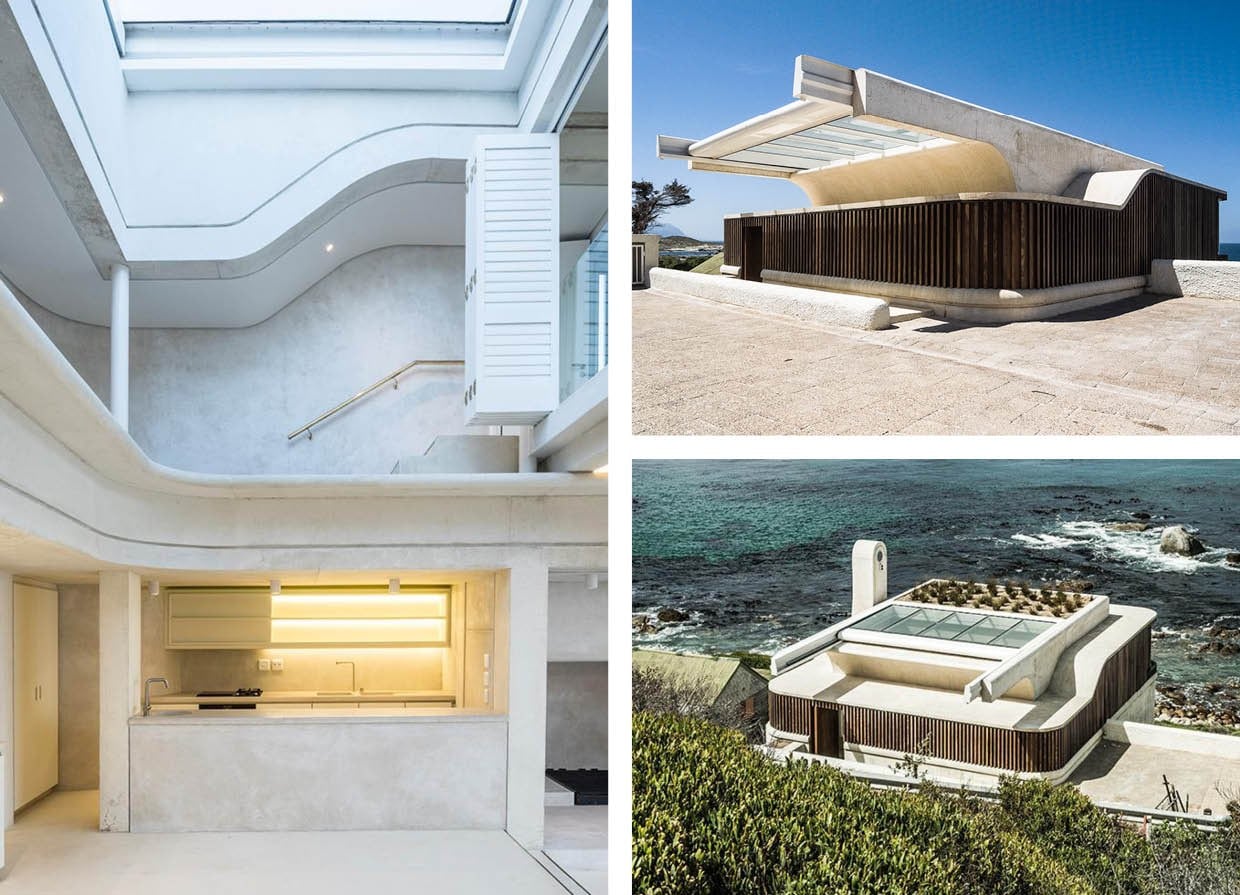 Castle Rock Beach House hardly stands out in the surroundings thanks to its natural colour and material palette including the sand-coloured plaster and concrete facades, but one aspect that is certainly striking about this house is its special architectural shape. ‘It's a small house with a large program and the challenge was to meet the needs of the owners within the allowed context,’ we hear at Noero. It resembles a square with curves and some protruding elements. The curves create a softer impact of the house in the landscape. ‘I liked that it was a small site,’ director Jo Noero said in an earlier interview with Wallpaper. ‘We made it clear to our customers that we could produce something more modest that would satisfy them, despite their high ambitions.’ 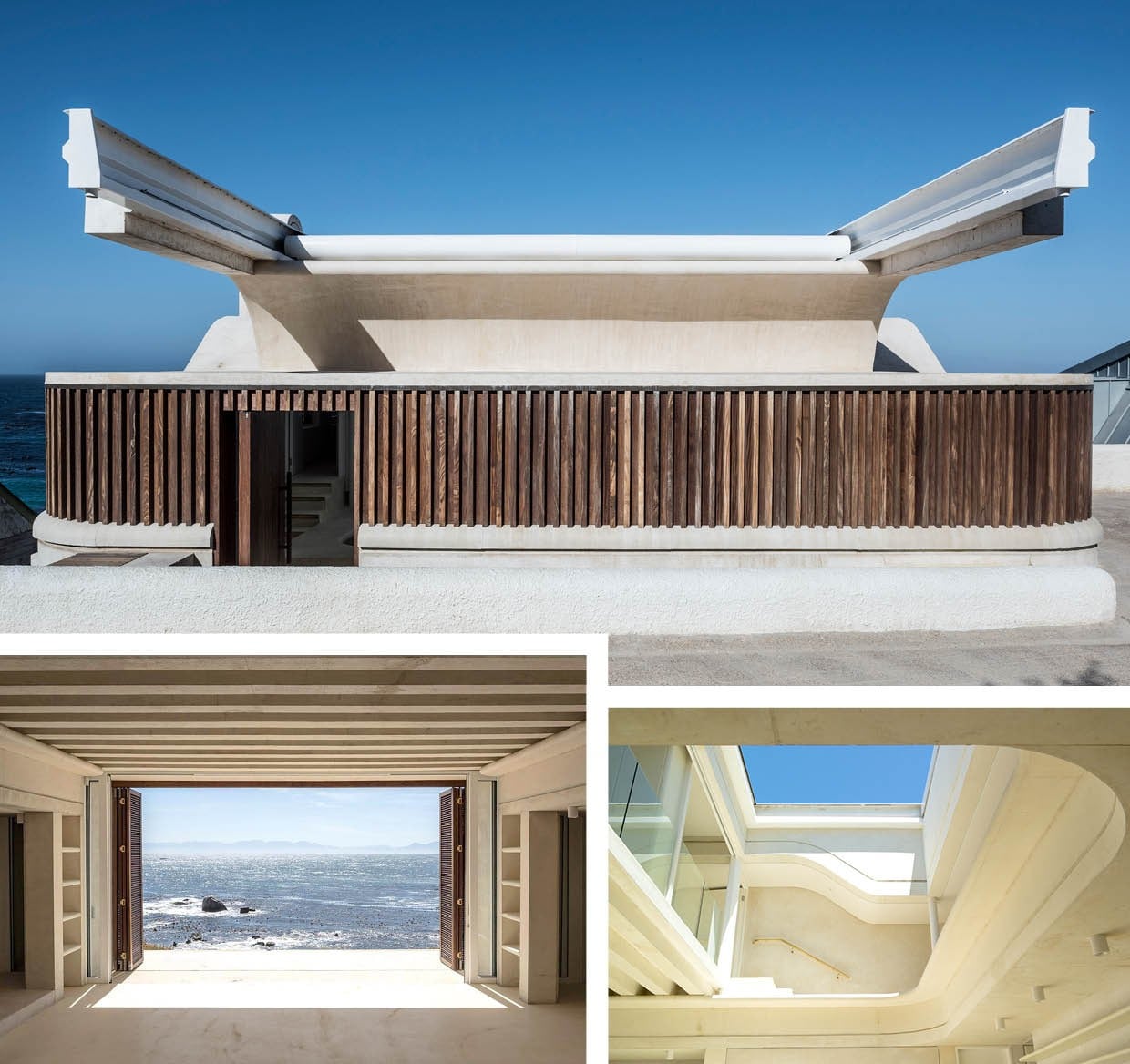 The house opens onto the beach on three different levels: through the entrance level, through the kitchen, dining and living level and through the bedroom level. The latter hangs above the living space and is accessible through the entrance. There is also a sliding glass roof that provides beautiful views. Inside we find the same soft beige colour as in the facades, but it feels even more serene and elegant. The house really serves as a quiet retreat after a day at the beach. A beautiful oasis with special, natural shapes and colours. 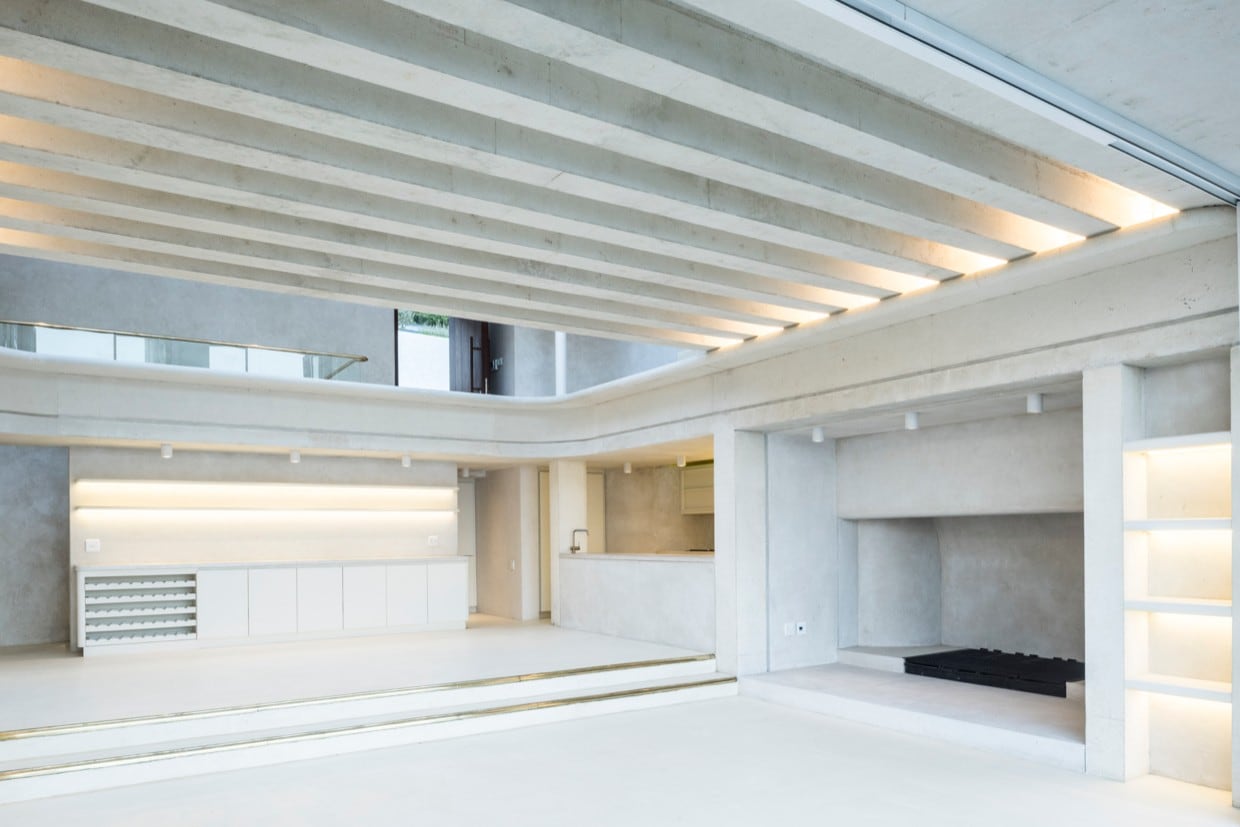