A place that unites

The American architectural firm Wittman Estes designed a series of huts on a cliff on the West coast of Hood Canal. The client was a nature loving family of four. Their dark cedar cabin from 1961 was in urgent need of an upgrade. A fascinating collaboration with Wittman Estes arose. 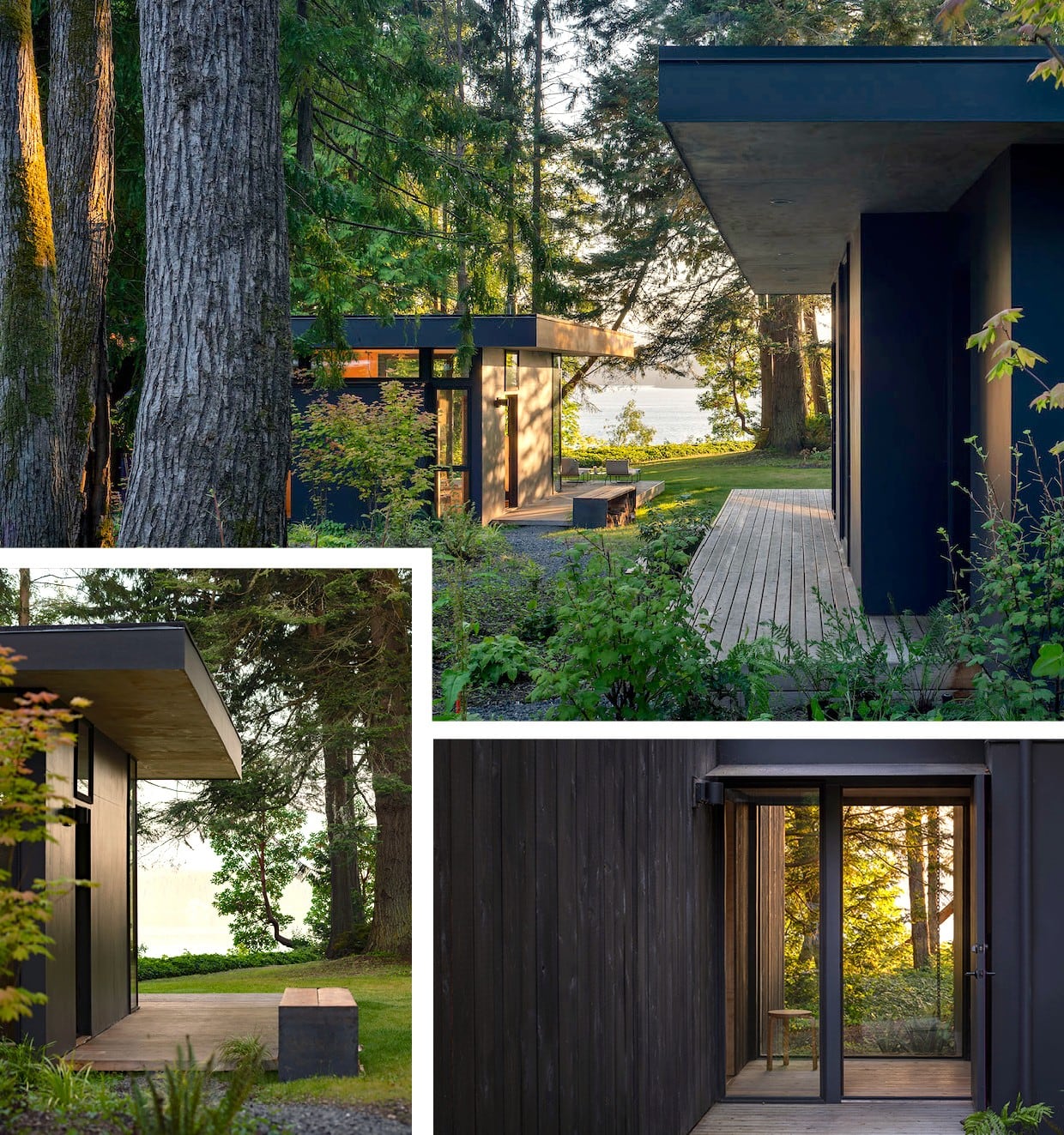 The agency was founded by Matt Wittman and Jody Estes in 2012. The studio from West Seattle distinguishes itself by a unique vision in which they see the interior and surroundings as connected and approach them as a whole. This was exactly what the client was looking for. Everyone in the family is passionate about nature in one way or the other and because children and parents no longer live together, they wanted to create a retreat that brought them all together. 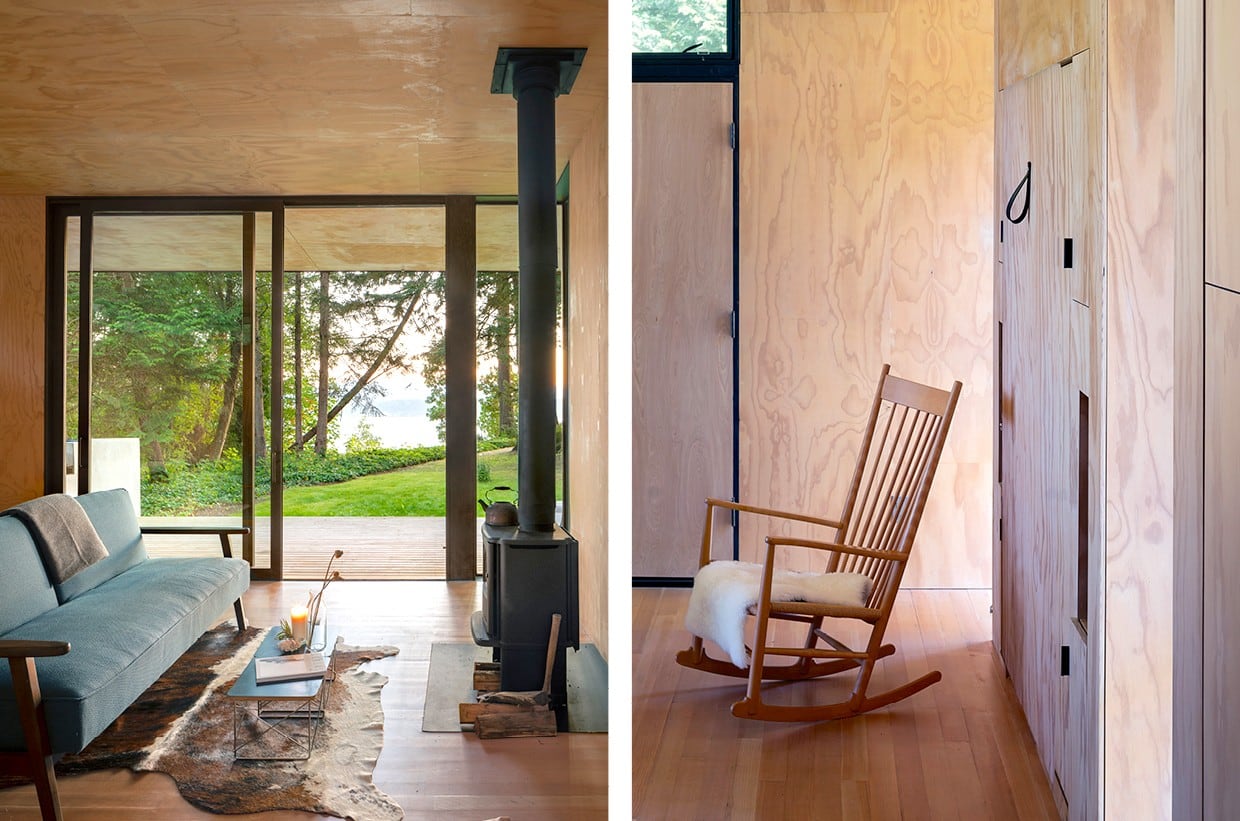 The aim was to create a place that both connects and protects.

Hood Cliff Retreat consists of three elements: the reused footprint of the original building, a cabin addition and a third building with a bunkhouse and bathroom. Each part was given a simple structure with large glass windows, sliding doors and a wooden deck, partly covered by an overhanging roof. The aim of the design was to create a place that is both connected to nature and protected from it. Materials from the original cabin were reused in the interior. The remaining materials were kept restrained so the budget remained under control and focus stayed on the surrounding nature. 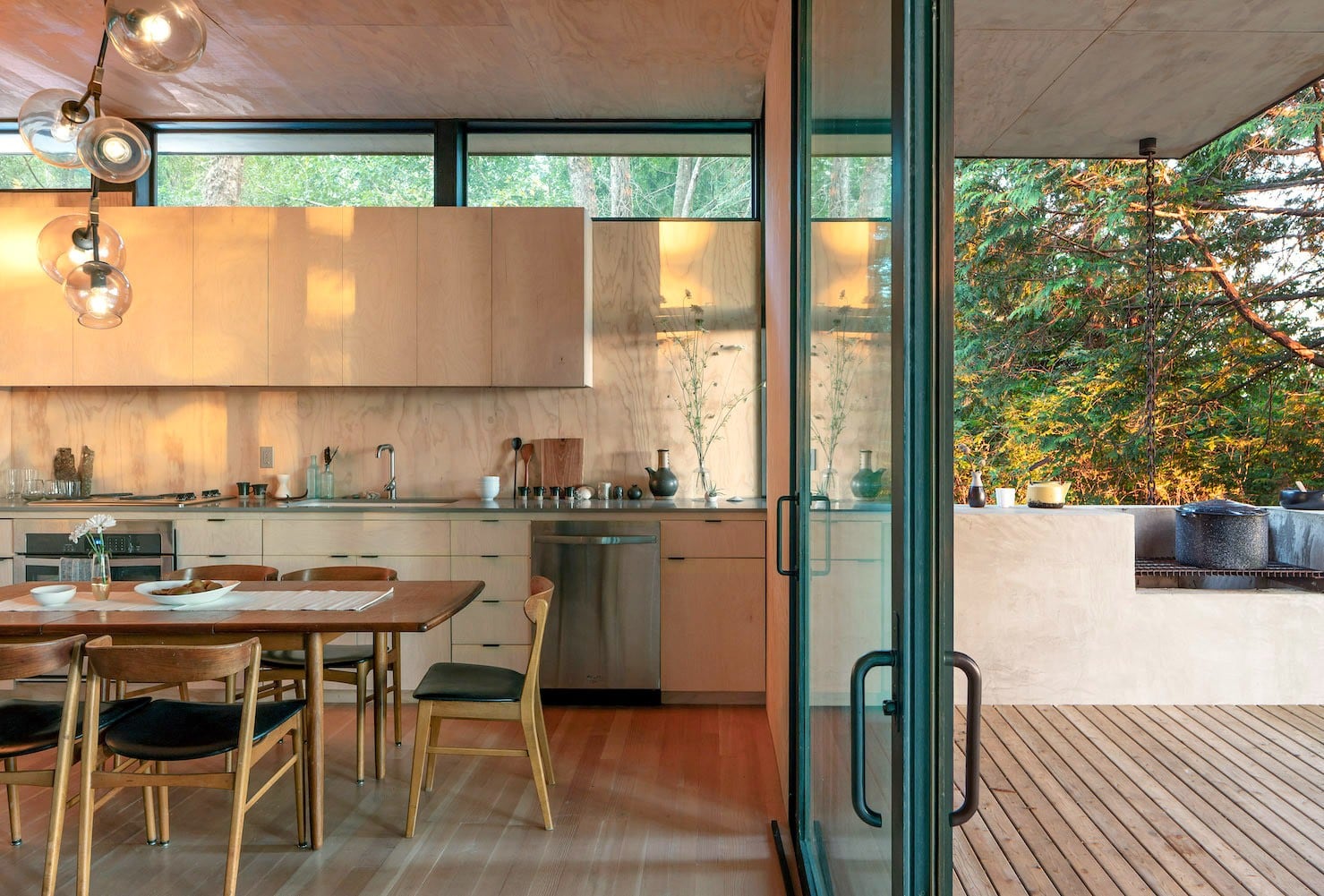 The project is an expression of Wittman Estes' tactile modernism, a building style that tries to connect the resident with the physical experiences of the environment. Hood Cliff Retreat is a calming and at the same time modern refuge. The architects found a unique way to bring the clients closer to the surrounding forest. Matt Wittman describes the design process as follows: ‘We sought to dissolve the barriers between the inside and out, between forest, garden, and structure.’

The poetic architecture of Lakruz Atelier