Spanish architect and designer Isern Serra was called in to design the headquarters of Six N. Five, a multidisciplinary design studio for images, films and objects. It became a serene and majestic space where subtlety and simplicity prevail.

The project involved the conversion of the ground floor of a building in Barcelona, which Serra was commissioned to turn into a workspace for Ezequiel Pini and his creative studio Six N. Five. The space is shaped like an L and offers direct access to the street, with a large rear terrace as well. It had to be a multifunctional place, both as an office and as a showroom for exhibitions. Also not to be missed: a space for lectures and presentations, a home workshop for making prototypes, a relaxation and virtual reality area and a coffee bar. 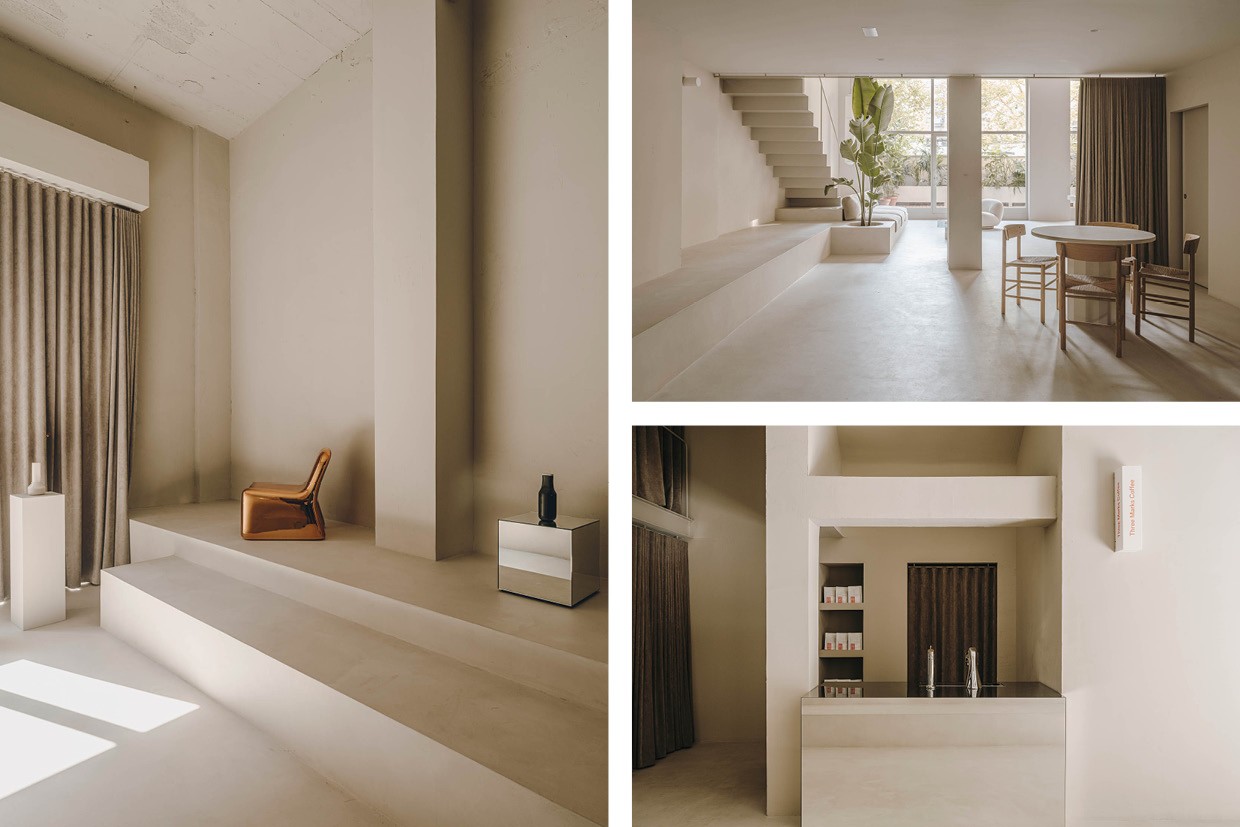 The first decision was to strip the building of all existing partitions and false ceilings to restore the original concrete structure and reveal the true volume of the space. The demand for a varied number of spaces and the height of the building made it possible to create a mezzanine, which houses the workshop and storage area. This mezzanine also functions as a kind of separation between the public space and the more private parts and can be closed off with curtains.

The first space looks out onto the street and consists of a multi-purpose stand that extends to the rear of the building. This is where the exhibition space is housed, but lectures or exhibitions are also held here. It also serves as a waiting area for the Three Marks Coffee corner, which is located parallel to the stairs.

The private area comprises the studio, the workshop, the relaxation room and the meeting room with kitchen. A large terrace unites all these spaces and not only offers a beautiful view of a wall of plants, but also allows for a special evening sunlight here.

The concept of the project came from the idea of materiality itself, which on the one hand is part of the physical and tangible world and on the other hand is related to the digital and surrealist work of Six N. Five. The space was thus conceived as a large architectural sanctuary where the imprint of craftsmanship is very present. 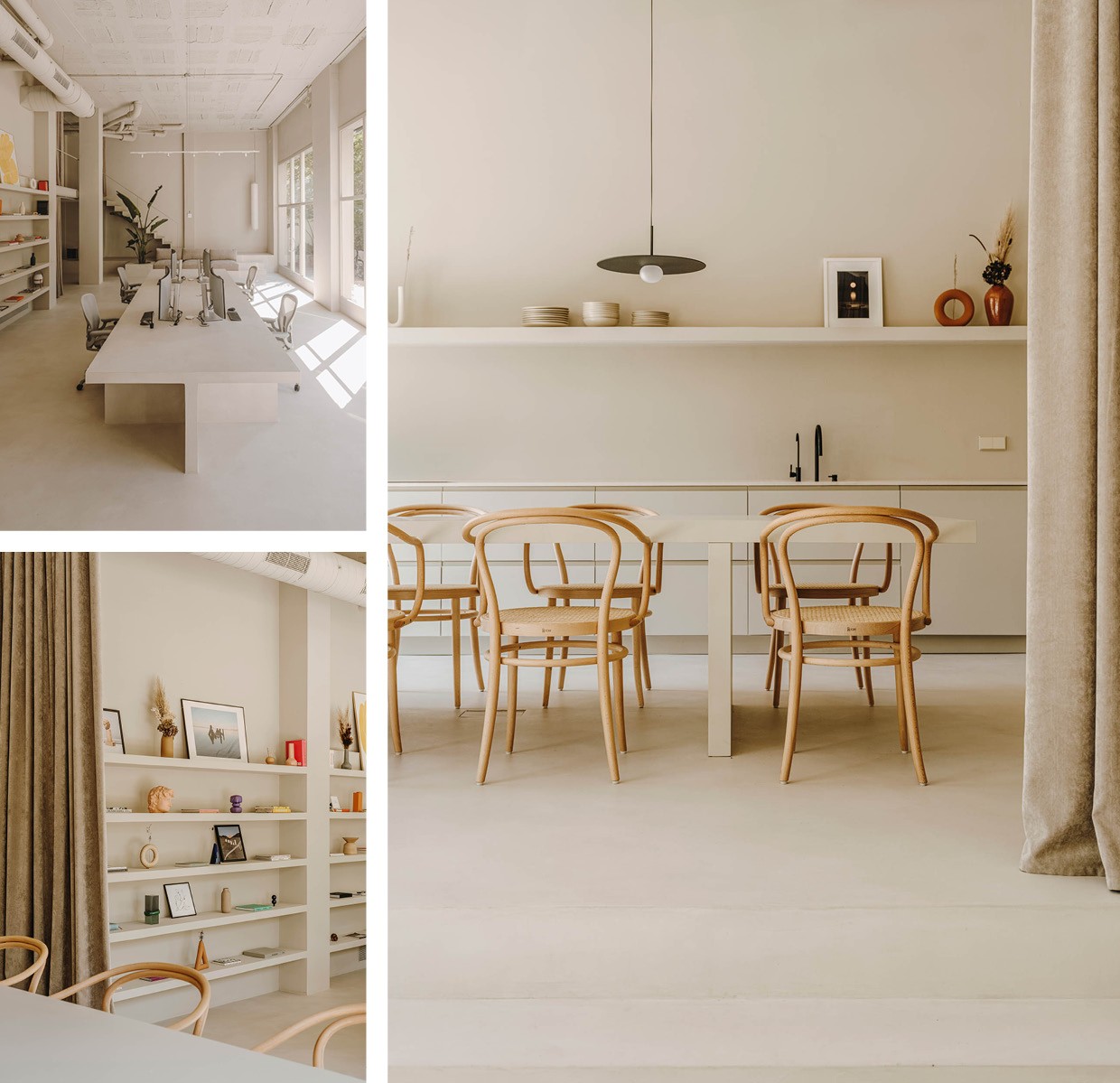 In the serene and harmonious space, subtlety and simplicity prevail. The designer chose earth tones to reinforce the idea of materiality. These tones were achieved by using micro-cement on the floor and the functional elements. The same texture was achieved on the walls by using the same shade of paint with an irregular plaster base.

Atmospheric space serves as a refuge