An empty trading building in Copenhagen caught the eye of photographer Peter Krasilnikoff, who was looking for a new family home. He was immediately charmed by the presence of black lacquered steel and the old brick walls in the former garage. These are still visible, even after the facelift given to the house by Studio David Thulstrup.

The starting point, however, was the need for an integrated green space. And so Thulstrup came up with the idea of setting up a Scandinavian counterpart of a Moroccan riad. With a courtyard garden with specially selected grasses and a tree. This courtyard garden is three storeys high embraced by glazing, so the light is optimal. In addition, this house has a U-shaped roof terrace. It's like a metre-high tour around the courtyard. 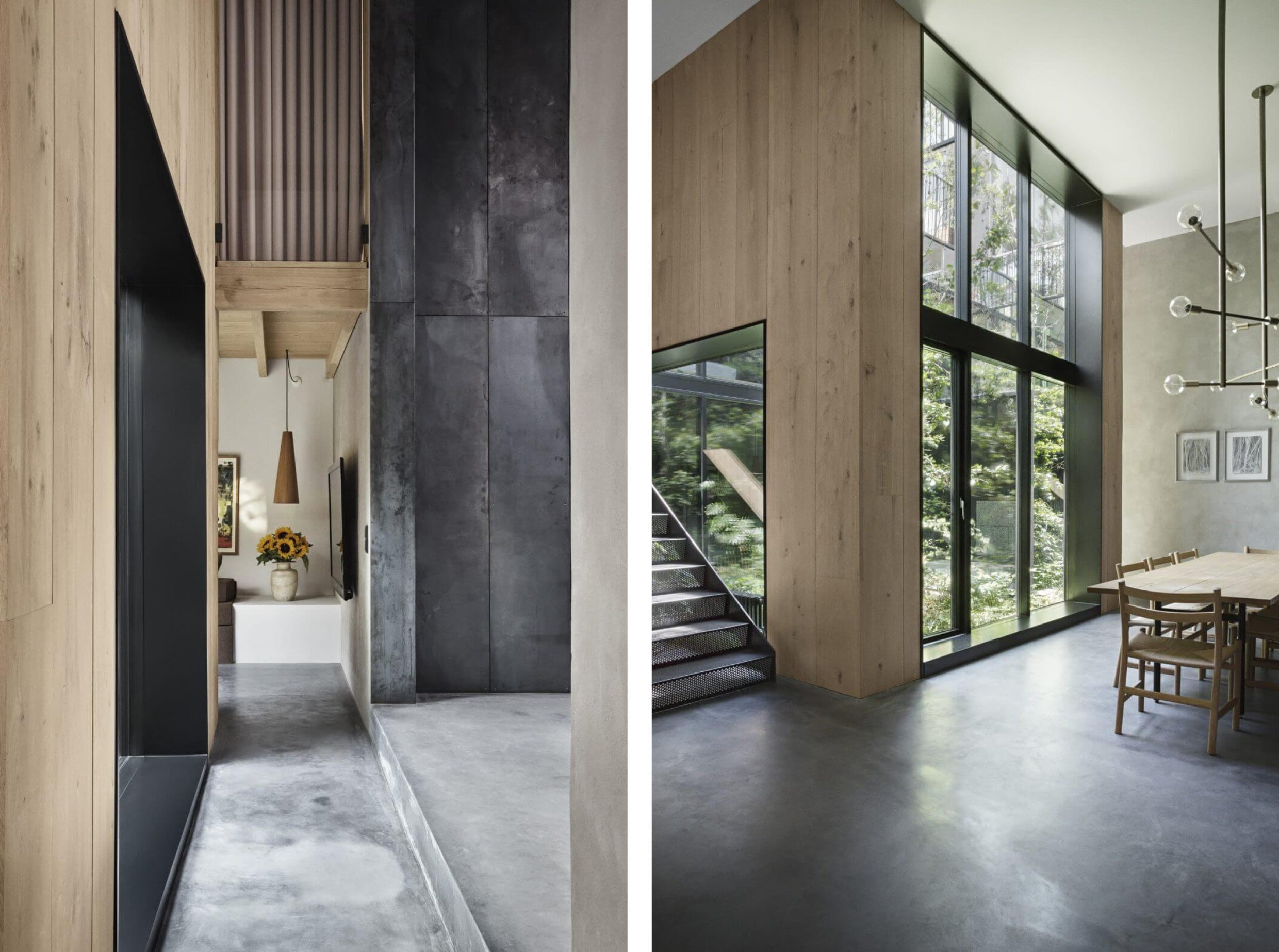 The brick walls are the backdrop to the kitchen. Ethnic dark wood and oven baked African masks have been subtly applied against this rough background. They even seem to sink a little into the wall. This contrasts sharply with the kitchen itself, which is made of smooth light gray marble including vivid anthracite confetti. 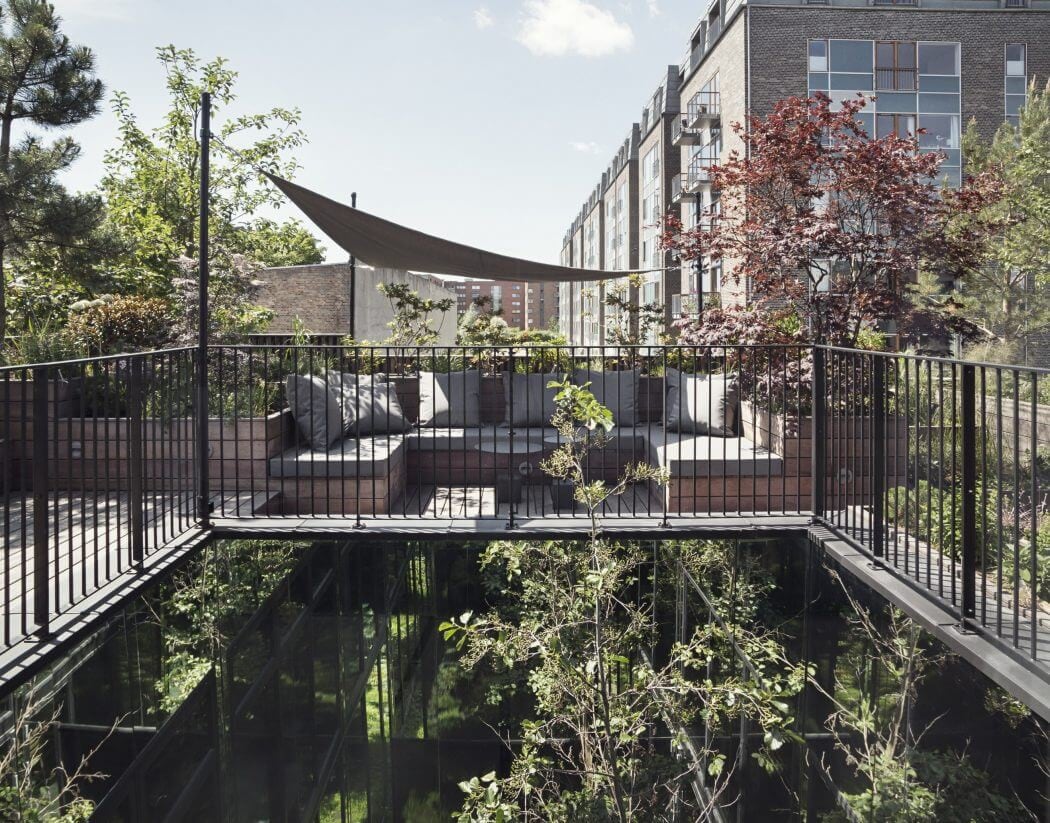 On the floor and in some partition walls, polymer concrete was used that matched incredibly well with the prominent light-coloured wood (remember, we are in the far north).

Although the references to the old department store had to remain visible, the client wanted a fresh embellishment of the facade. A rainfall grating in rainproof wood gives this old supermarket the attention it deserves. 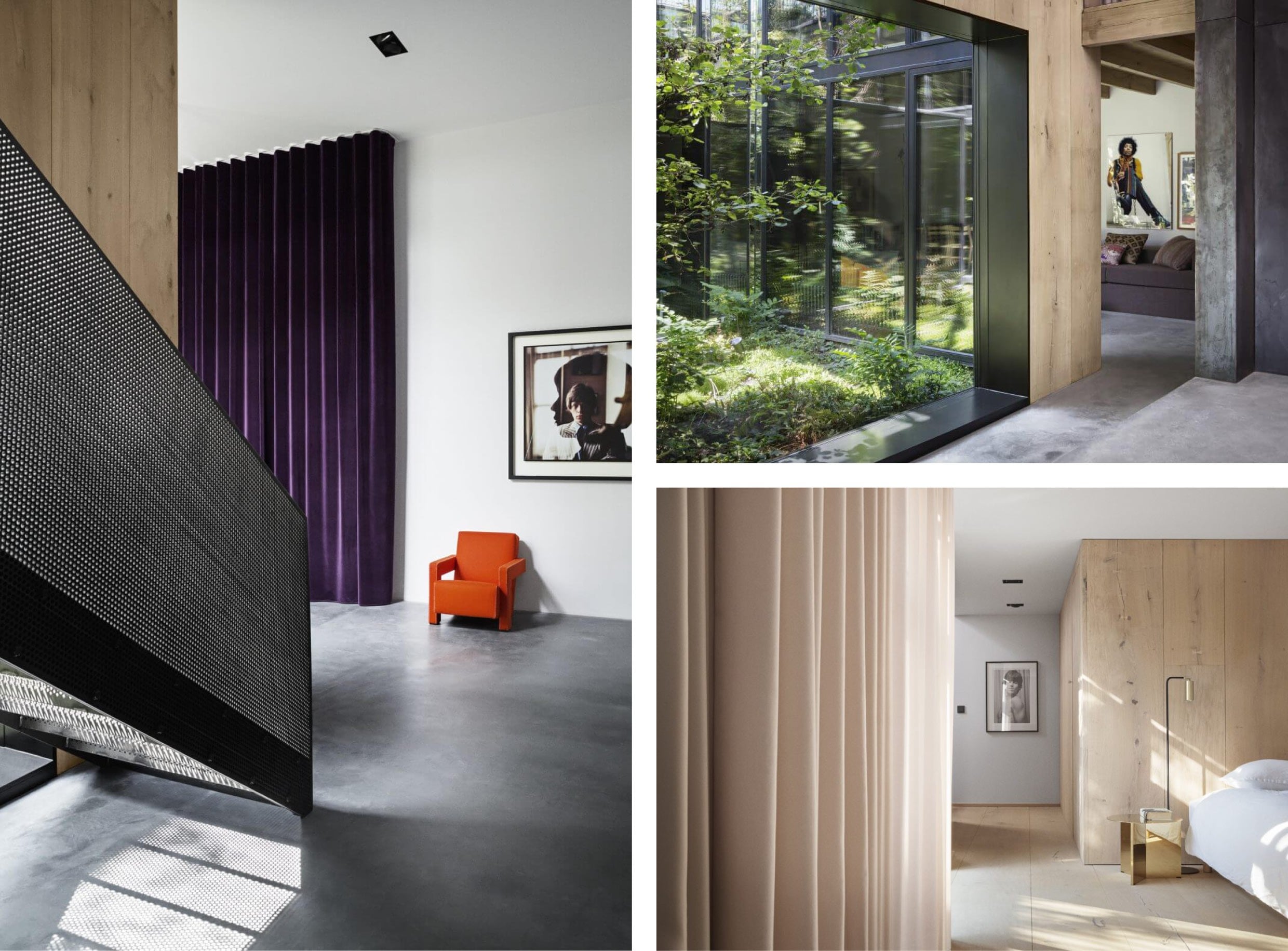 From the quarry to your home: the uniqueness of natural stone