The best artists are those possessed, in the best possible way. Ra Paulette is one of them. Since more than thirty years, he quietly retreats in the desert to excavate the most impressive spaces in the shadow of caves, accompanied by silence. His cave homes are creations that appeal to everyone’s imagination and demonstrate how human genius and nature’s glory can enhance each other. 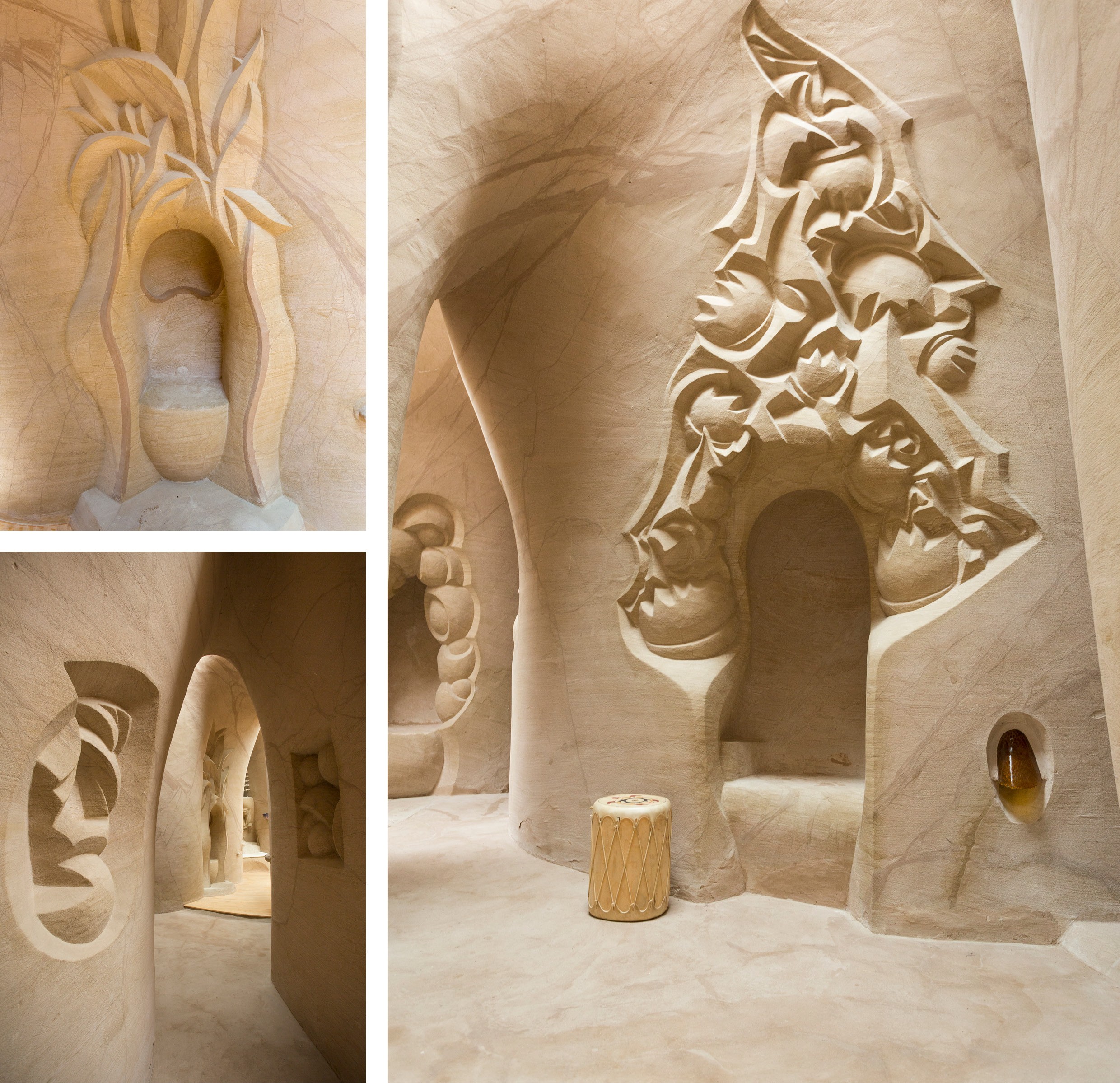 Ra Paulette is based in New Mexico, United States, but his work has already found admirers over the whole world. With nothing more than his dog and a limited selection of hand tools he sets out for the desert and gets to work with an angel’s patience. He often works in caves that are private property, but his portfolio also includes public ones. You often imagine yourself in an underground cathedral of light and shape, almost as if you are in an otherworldly place. However, the artist exceeds the purely artistic. He also manages to incorporate a practical element in his caves. For example, he can create a platform for a bed and an alcove in the wall where you can sit down. 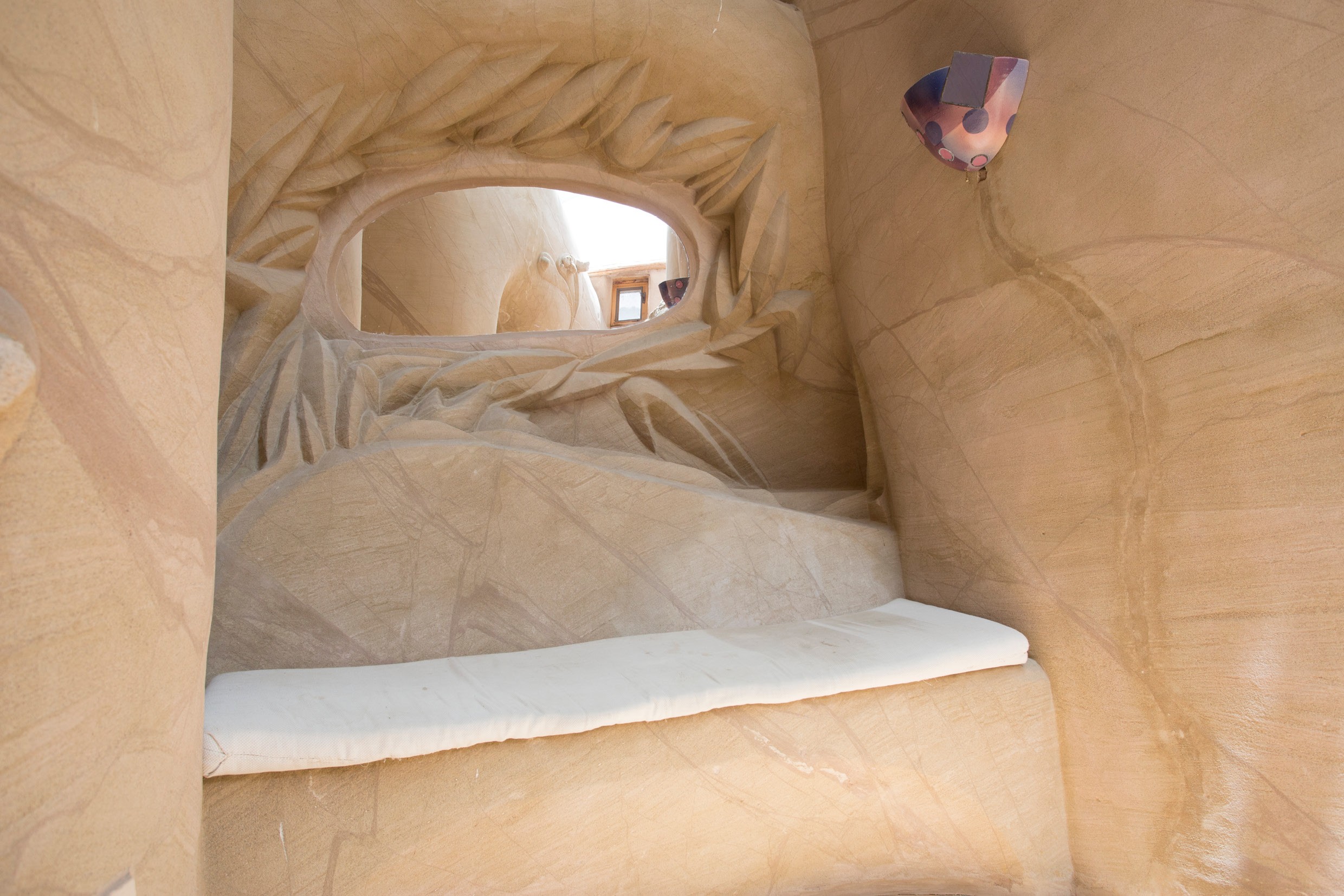 The clearer his work speaks for itself; the more withdrawn Paulette is to the outer world. He is frugal with interviews and has passed the age of eighty by now. Unsurprisingly, it was not the artist himself who consciously went looking for a large public. That breakthrough happened in 2014 with the Oscar nominated documentary CaveDigger from Jeffrey Karoff, an inspiring portrait of Paulette in which the sincerity behind his art was appropriately highlighted and reached a lot of people. In all his projects he works with sandstone, and moreover, he never studied architecture, sculpting, or structural engineering. On the contrary, he taught himself everything he knows and can. Throughout the years, Paulette has finished more than fourteen caves.

More an archeologist than an architect 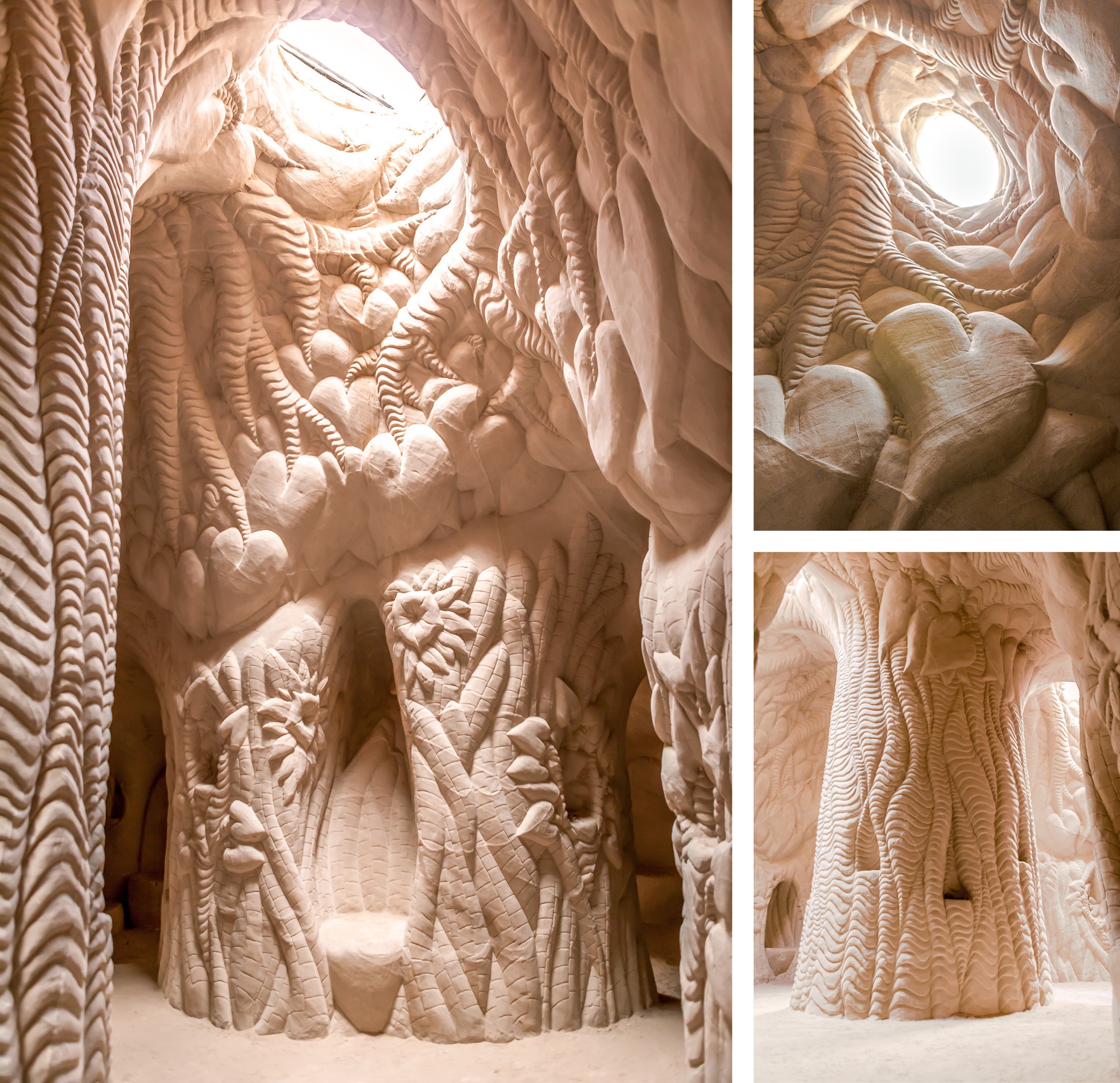 Imagicasa selected a specific project of his collection of cave homes that is just a little different. It concerns his Tree of Life, a beautiful space that makes you go silent when you look at the images. Here, it becomes clear that the artist considers his way of working a meditative process. He relies on his intuition and emotions when exploring a space and starts to dig out each cave without making a blueprint first. In this way, he allows the natural vibrations of the environment to influence his expressive adventure. His ‘Tree of Life’ enjoys a grand radiance that possesses a prehistoric beauty and, simultaneously, brings about a relaxing effect. Therefore, it is a place that motivates to reflect and to revitalise.

Ra Paulette creates nothing less than wonders with his hands. He only leaves the caves where he passes through whenever they are transformed into breathtaking places of rest and emotion. In a unique way, he unites human genius and what nature keeps safe. Cave homes are a place to marvel at the ways in which craftsmanship can be so unrestrained and detailed at the same time.

Do you want to know more about Cave Homes? Read the full article in Imagicasa Summer 2022.