Lyon's Garden House is a project by Co Lateral in Zihuatanejo, Guerrero, Mexico. The house wants to satisfy the architectural functions while maintaining a spiritual connection with its surroundings. This creates a building with both transcendent elements and domestic spaces. 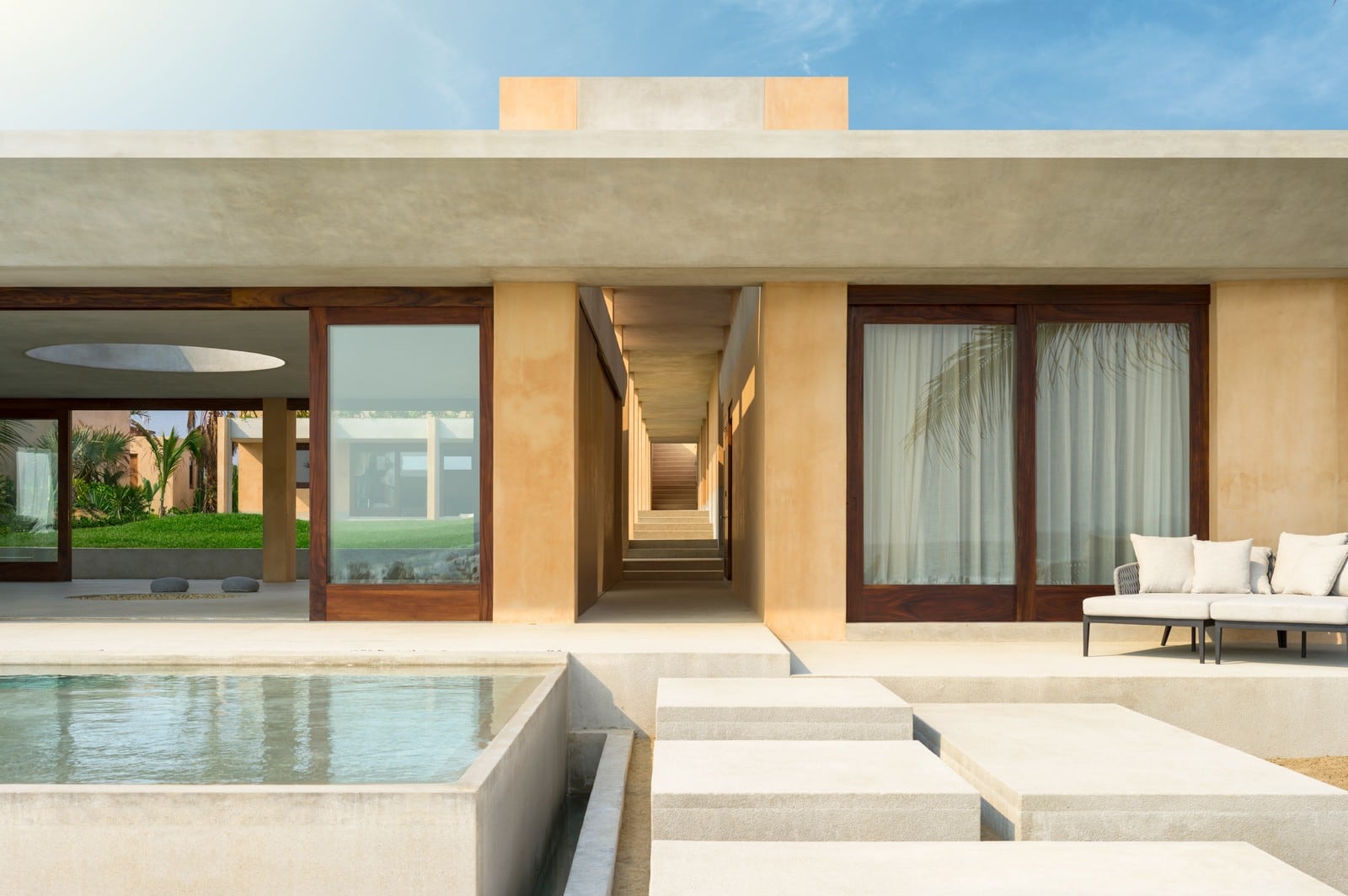 Co Lateral is an architectural firm based in Mexico. Their design mentality is to make each building collaborate with its surroundings. The view from Lyon's Garden is Playa Blanca in Zihuatanejo and the house is built around a central garden. The latter is a choice from the architects to bring the surroundings inside the building as much as possible. The house consists of two volumes connected by a covered gallery walkway. It contains various spaces such as two bedrooms, bathrooms with a small semi-covered courtyard garden, an office space, a multipurpose room and a huge meditation room with an ocean-view.

It has a circular hole in the middle of the roof that lets rain, wind and sunlight come in. 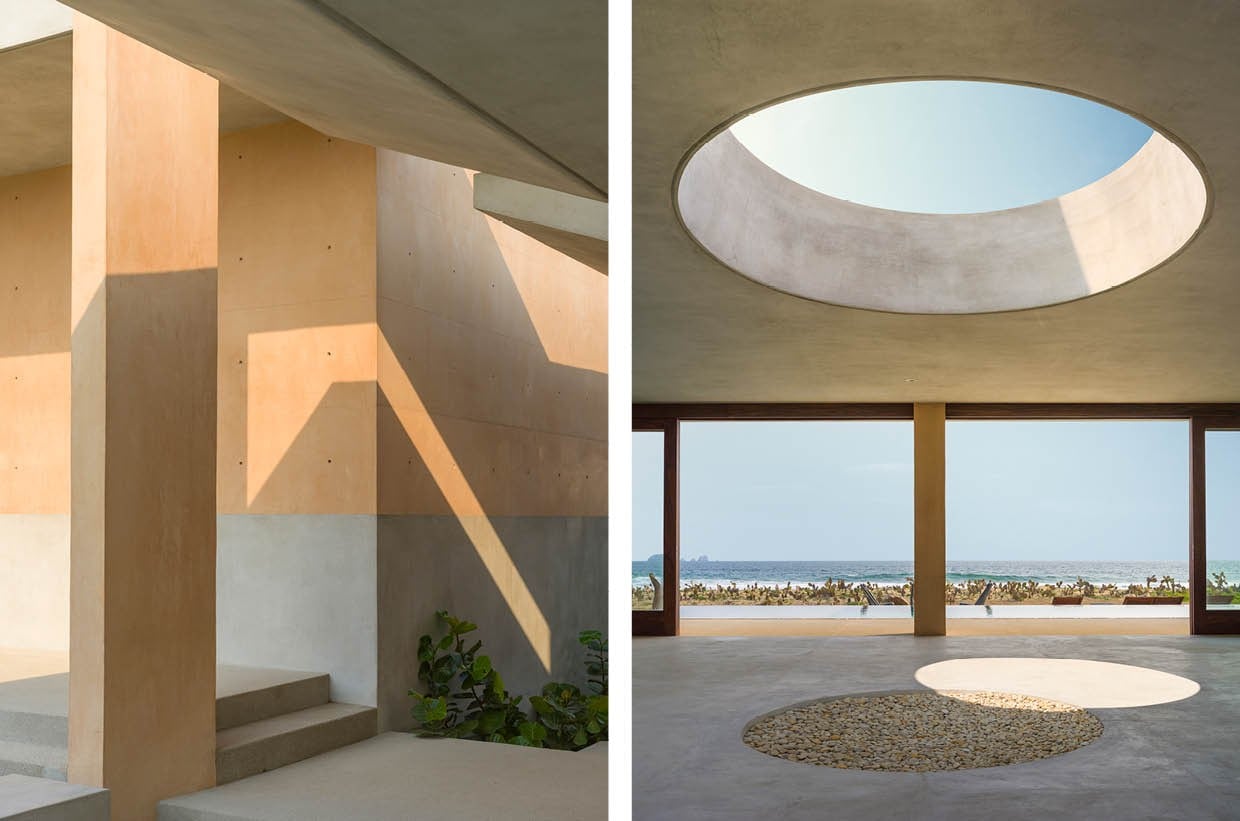 This meditation room is by far the most striking space of the entire property. It has a circular hole in the middle of the roof that lets rain, wind and sunlight come in. This literally integrates nature into the space. The room has a magnificent view of the sea and borders on the swimming pool that continues outside. By consequence there is an alternative entrance to the house through the pool. 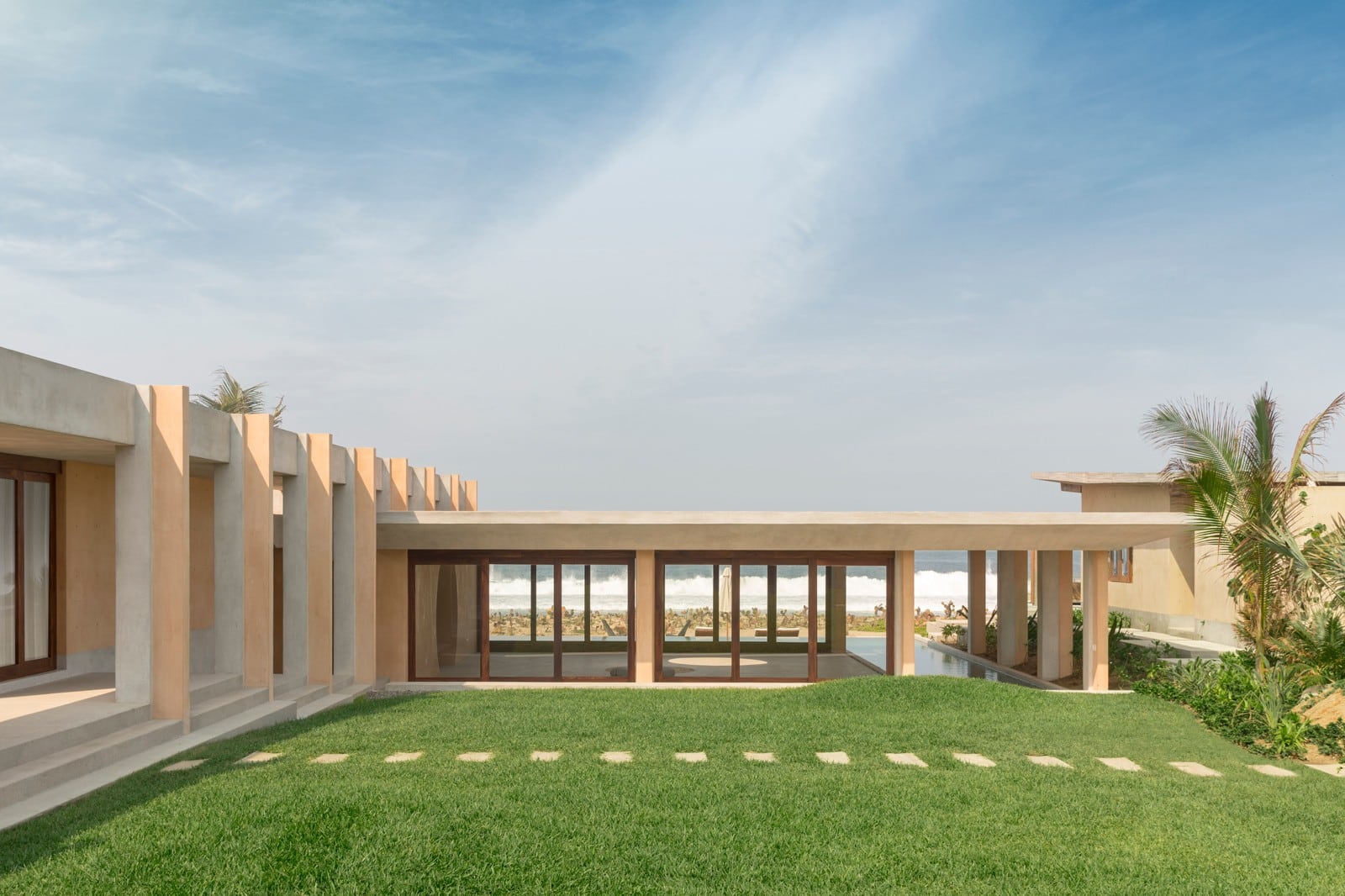 Lyon's Garden House has a monumental atmosphere due to the columns and right angles. At the same time it enters a conversation with its surroundings by opening parts of the house and allowing the elements of nature to come in. Co Lateral creates a harmonious society and connection between residents and nature.