This is what the Notre Dame could look like in five years.

Ecological architect Vincent Callebaut has set his teeth in the new plans for the roof of the recently burnt Notre Dame in Paris. The Belgian architect, who has his office in Paris, rebuilt the roof into a futuristic, solar-powered glass design that can serve as a city farm to support the vulnerable and homeless Parisian.

On 15 April 2019, the unthinkable happened: the roof of 850-year-old Notre Dame collapsed after a devastating fire. The French Prime Minister, Edouard Philippe, therefore announced that there would be an international competition for architects to redesign the 19th century spire of the cathedral. We immediately saw many suggestions surface the internet, including this one from our fellow compatriot. Vincent Callebaut Architectures responded to the appeal with an innovative, environmentally friendly design that supports the local population and produces more energy than it consumes.

The project is called 'Palingenesis', which is Greek for 'rebirth' or 'recreation'. Callebaut has opted for glass, oak and carbon fibres as materials. The ridge of the roof forms a gigantic spire as if it were a pencil tip. Under the spire, the roof will have a fruit and vegetable plantation run by charities and volunteers. In this way, free food is produced for the vulnerable, local people. More than 21 tons of fruit and vegetables can be harvested each year and immediately distributed free of charge. There would also be a farmers' market every week on the forecourt of Notre Dame. 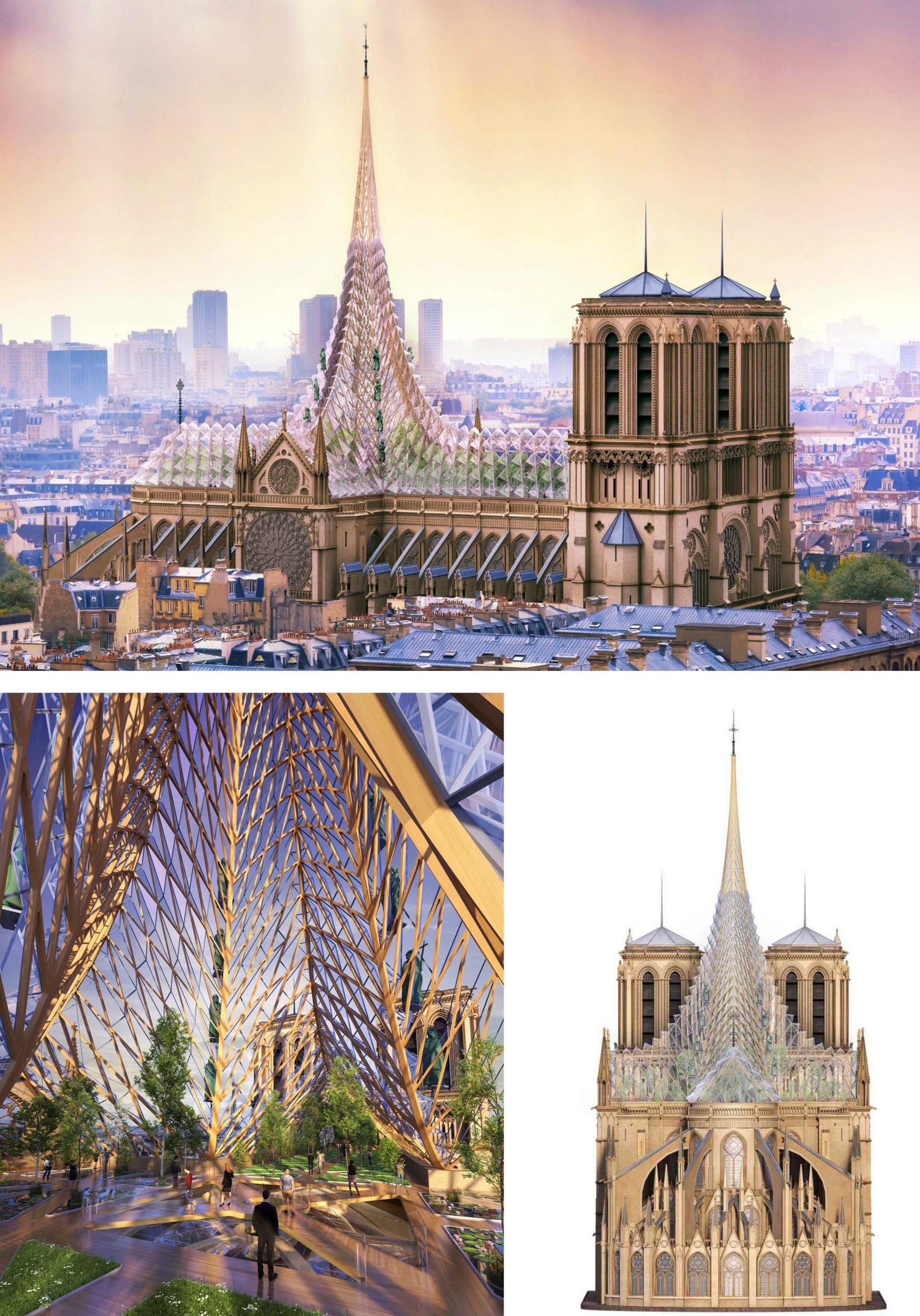 In addition to supporting the vulnerable population, the roof and spire will also provide electricity, heat and ventilation for the cathedral. An organic active layer in the glass provides solar energy while the rhombic scales of the roof can be opened to provide ventilation. The spire serves as a thermal buffer space: in winter, all the warm air collects there.

If the design by Vincent Callebaut Architectures were to be chosen, this means that Notre Dame would become the new face of a more honest symbiotic relationship between mankind and the environment.

Book of the week: Ferrari