The villa embraces its terrain

On the hillside of Lake Como’s lower western shore sits Villa Molli, a dark stone-clad home ingeniously architected by Lorenzo Guzzini. Rather than fighting the architectural challenges posed by the building site, the villa quite stoically adapts and embraces its terrain.

Located in a bygone agricultural belt, in the town of Sala Comacina, the villa had three major obstacles to overcome. It’s along the ‘Greenway,’ an 11 km pedestrian pathway popular with tourists. It’s on an incline that hangs both ways, vertically and horizontally. And lastly, it was at risk of losing views of Comacina Island lying in its periphery. 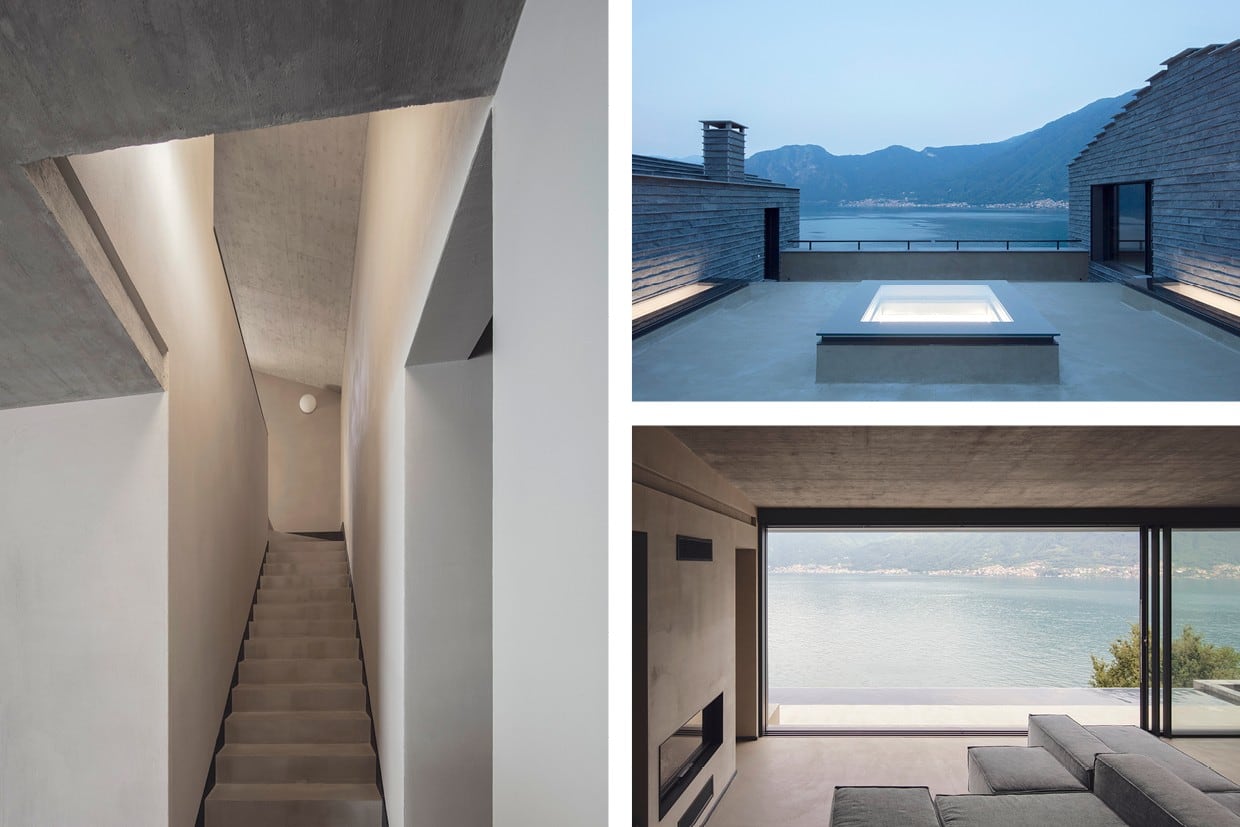 The villa embraces its terrain.

Guzzini solved these problems by building down giving the house, itself, an incline. The ground floor has five tiers that step downwards from the kitchen to the dining area to the living areas and out to the terrace, ending with the infinity pool. On the roof is an actual descending staircase. The upper floor is a terrace with two structures on each end, they hold the bedrooms. The angling creates an aerial focus of the view which — thanks to the use of outdoor spaces — includes Comacina Island.

The moraine stone cladding was applied using traditional methods of the region. The roof and façade are merged, furthering the drama of the structure. Inside, there’s an entirely different spatial language. The sober, monochromatic palette of the concrete is perfectly balanced by the open living room and high-ceilinged bedrooms. The passages between sleeping and living areas have what the architect calls ‘compression and dilation.’ They flow from light to shadow and back to light.

Inside and out, Villa Molli guides you towards the ancient tranquility of Lake Como. So much so you feel suspended, like you’re floating. And luckily you can do just that in the infinity pool, looking out at the sweeping vistas of the town, the hills, the lake and, of course, Comacina Island.