The revival of a house in Montevecchia

An abandoned barn and warehouse in Montevecchia was completely renovated by a25architetti, an Italian architecture studio run by two brothers named Francesco and Paolo Manzoni. The architects decided to honour the heritage of the region by restoring parts of the building in combination with modern renovations and additions. 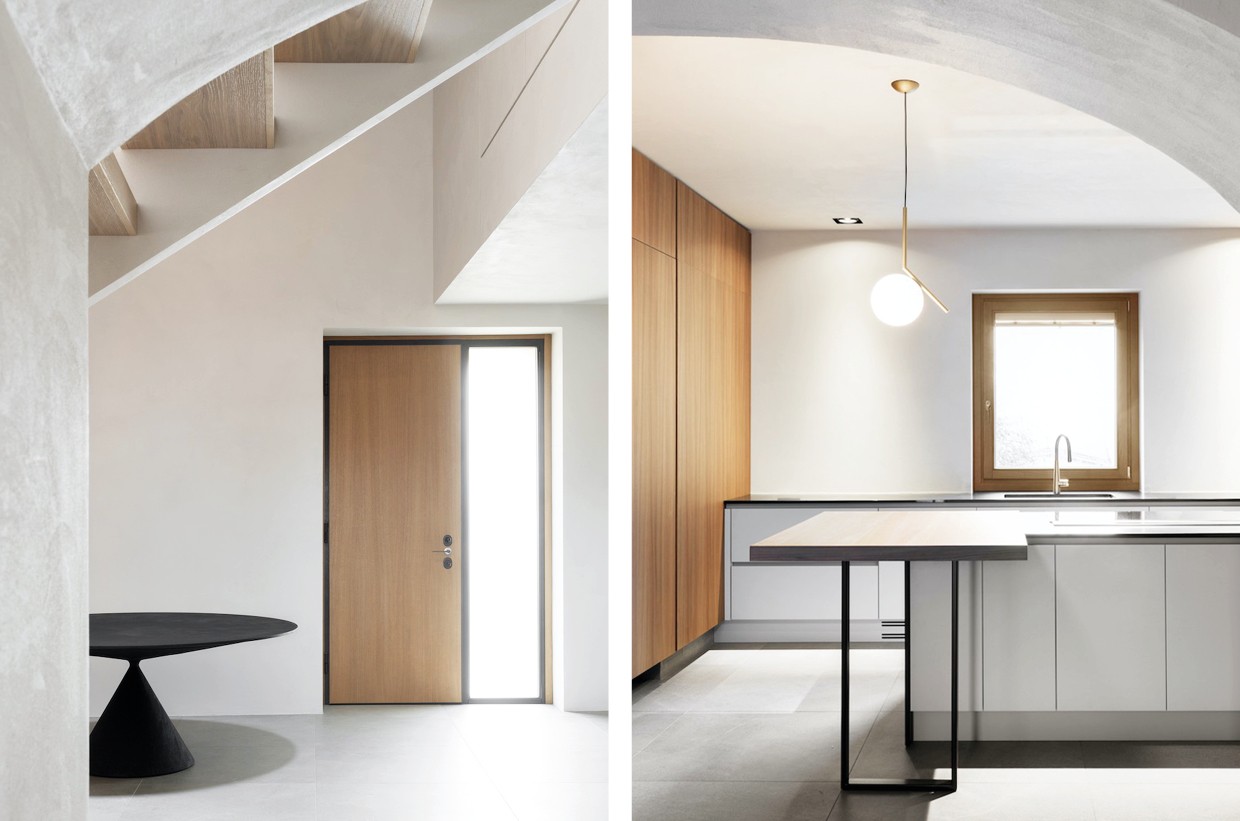 The property is located in the hills of Montevecchia and overlooks the vineyards of Brianza, a region close to Milan. The surrounding landscape was a great inspiration for the local architects. For the renovation, the building was divided into three parts: the barn, the storage room and the cellar. In the barn on the ground floor, the main living spaces such as the kitchen, the living room and the study were placed. The bedrooms were put on the first floor. This part of the house underwent the biggest transformation and, apart from a few restored elements, everything was renovated. The storage area was converted into a covered terrace connecting the house to the garden and the cellar that was previously used for wine fermentation is now a recreation room. Unlike the barn, the storage room and the cellar were restored as much as possible. The architects wanted to accentuate the old brickwork and the brick vaults.

White walls are complemented by subtle references to traditional architecture.

a25architetti valued the traditional elements of the house by restoring and highlighting them. This combined with a thorough renovation that integrates modern comforts and technologies. The renovated part of the barn contrasts with the old parts. It is designed in a minimalist style with neutral colours and sharp lines. Local materials are used such as natural stone for the floor, rough plaster for the walls and timber for the second floor flooring of and built-in furniture. 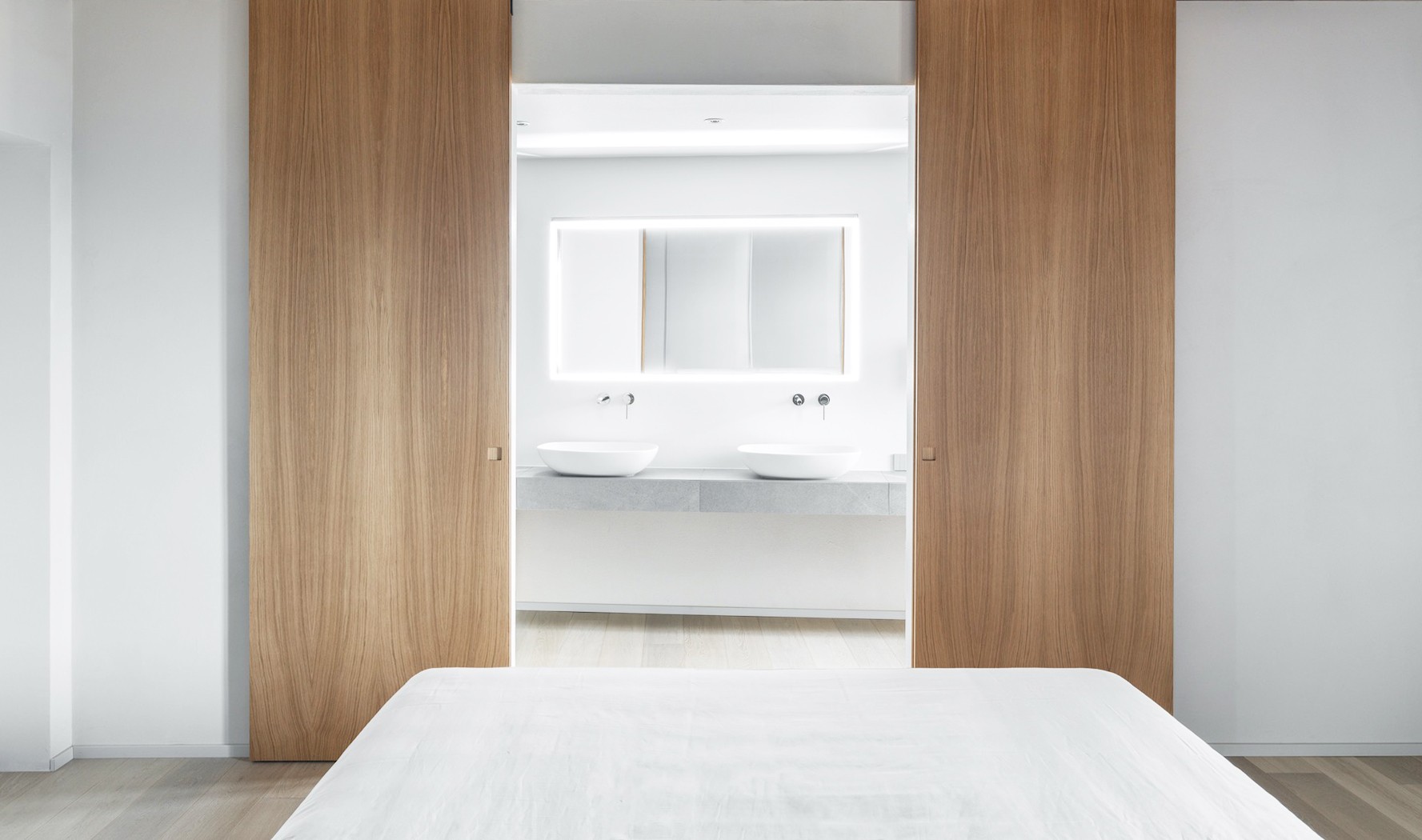 White, minimalist walls and hidden storage spaces are complemented by subtle references to traditional architecture such as the stone arch at the front door and the solid wooden ceiling. a25architetti designed a house that serves as a bridge between the past and the present. It combines elements of rural Italian architectural history with modern comforts and technologies.

A quiet room with a loud message