Alberto Apostoli is considered the world's best designer when it comes to wellness and spa design. For the Lefay Resort & Spa in the Italian Dolomites, he pulled out all the stops, making it an inspiring and relaxing place perfectly suited to its function and environment.

For the architecture, the Lefay Group turned to Italian designer Hugo Demetz. He already has a number of luxury hotels to his name and is known for his so-called "bioarchitecture". Many natural materials of local origin such as fir, larch, oak and chestnut were used, as well as the light grey, local stone Adamello tonalite. The complex was built to use renewable energy sources, with a high degree of insulation. Sustainability is an important aspect, but also aesthetically it's a gem that rises up like a mountain range out of the woods, blending in beautifully with the Dolomites of northern Italy. 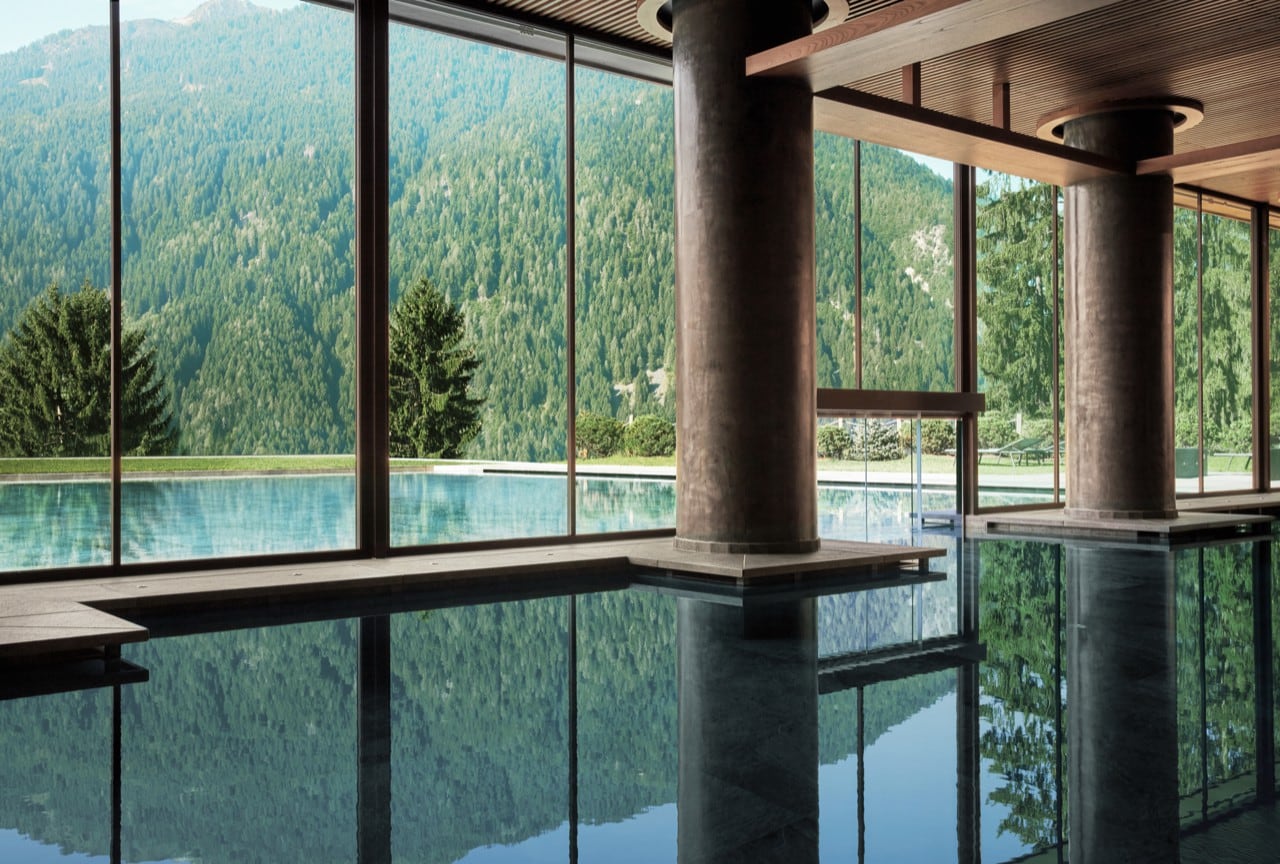 Sustainability is an important aspect, but also aesthetically it's a true gem that blends with its surroundings.

The interior (the materials, the color palette, the atmosphere) was also inspired by the natural environment. Studio Apostoli – headed by master designer Alberto Apostoli – developed a sustainable concept that reflects both the Italian lifestyle and the high-end atmosphere you'd expect from a contemporary luxury resort.

A total of 88 suites (ranging from 'junior'and 'family' to 'royal pool & spa') and 23 apartments can be found here. Everywhere the view of nature plays an important role. Moreover, different zones in the rooms are separated by stylish wooden panels so no incidence of light is interrupted and you can experience a relaxing feeling of spaciousness.

A very inspiring and relaxing place.

Of course, ultimate peace and relaxation can be found in the wellness area, which has been designed with the same natural and neutral colour palette and where you are always in contact with the surroundings. Over 5,000 square meters are spread over four floors, it's one of the largest spas in the Alps. It includes a heated indoor/outdoor pool, a 24h gym and a wide range of treatments that will relax body and mind. 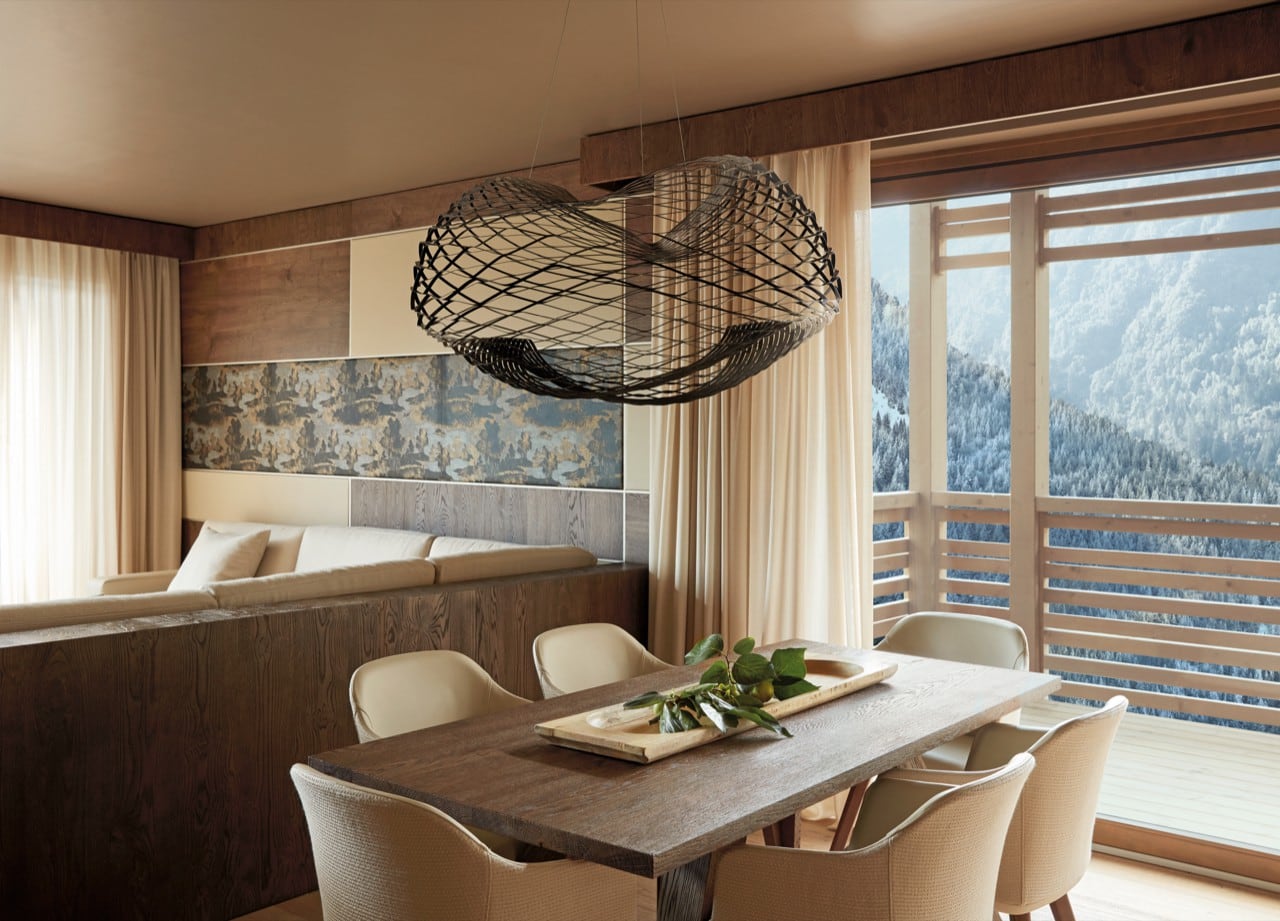 All furnishings, floor and wall coverings, decorations, etc. for this resort have been deliberately chosen or designed by Studio Apostoli in accordance with the atmosphere and style of the resort. An all-encompassing design concept that proves once again that Alberto Apostoli is more than worthy of his title as a leading design figure in the wellness and hospitality sector. 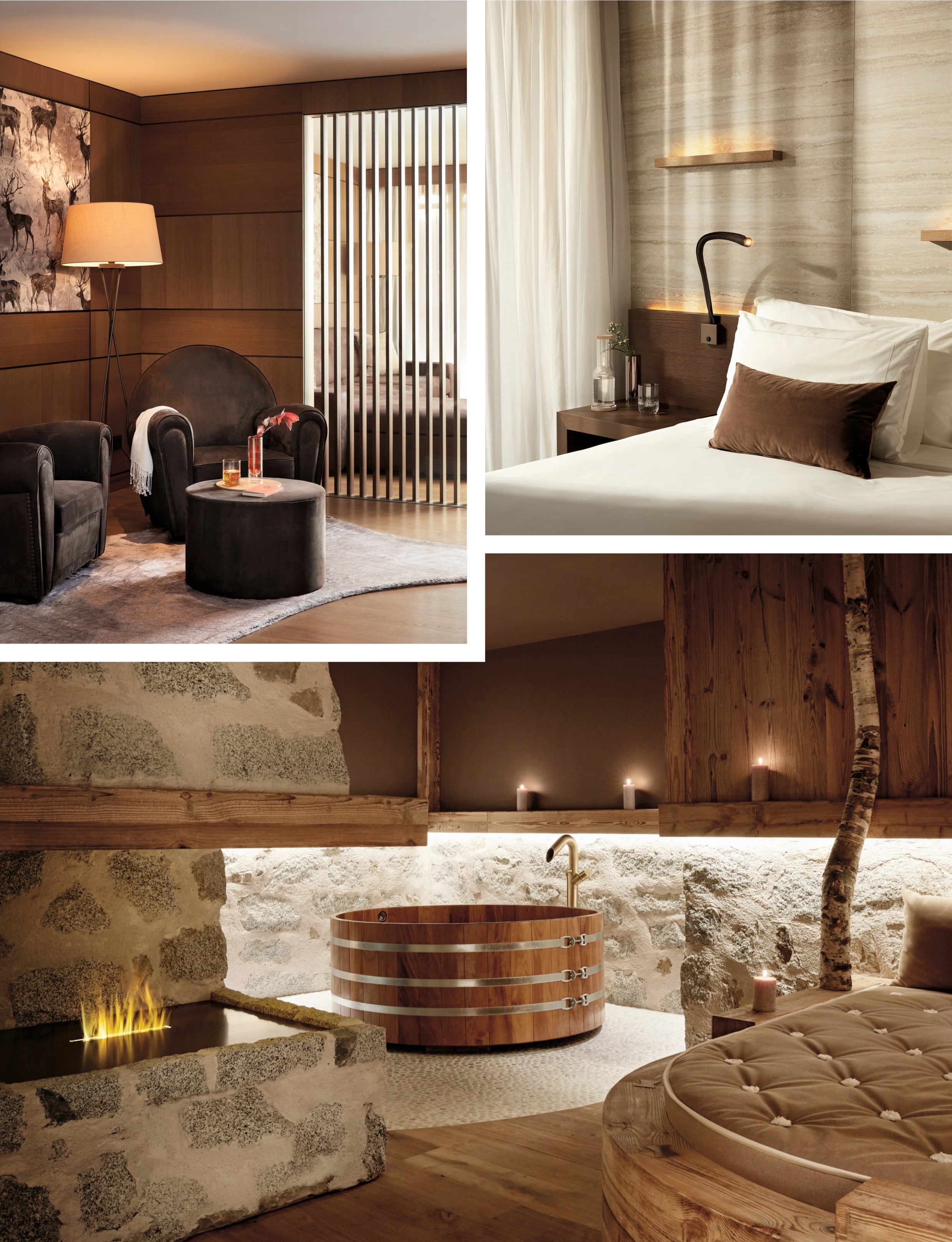 From warehouse to family dwelling