A few years ago designer Olivia Bossy moved from London to Sydney. In Australia she is now able to develop her talents to the fullest. We would like to highlight one of her projects here: Freshwater, a beach apartment that is small in scale but makes a big impression.

The surface of this apartment is only 51m2, but for designer Olivia Bossy that was more than enough space to create something unique. The Freshwater project in Sydney is located near the beach, so a link with the surroundings was an important starting point. "To create the illusion of space it became an extension of the sand and wave whitewater through the palette, material choice and forms,” explains Olivia. 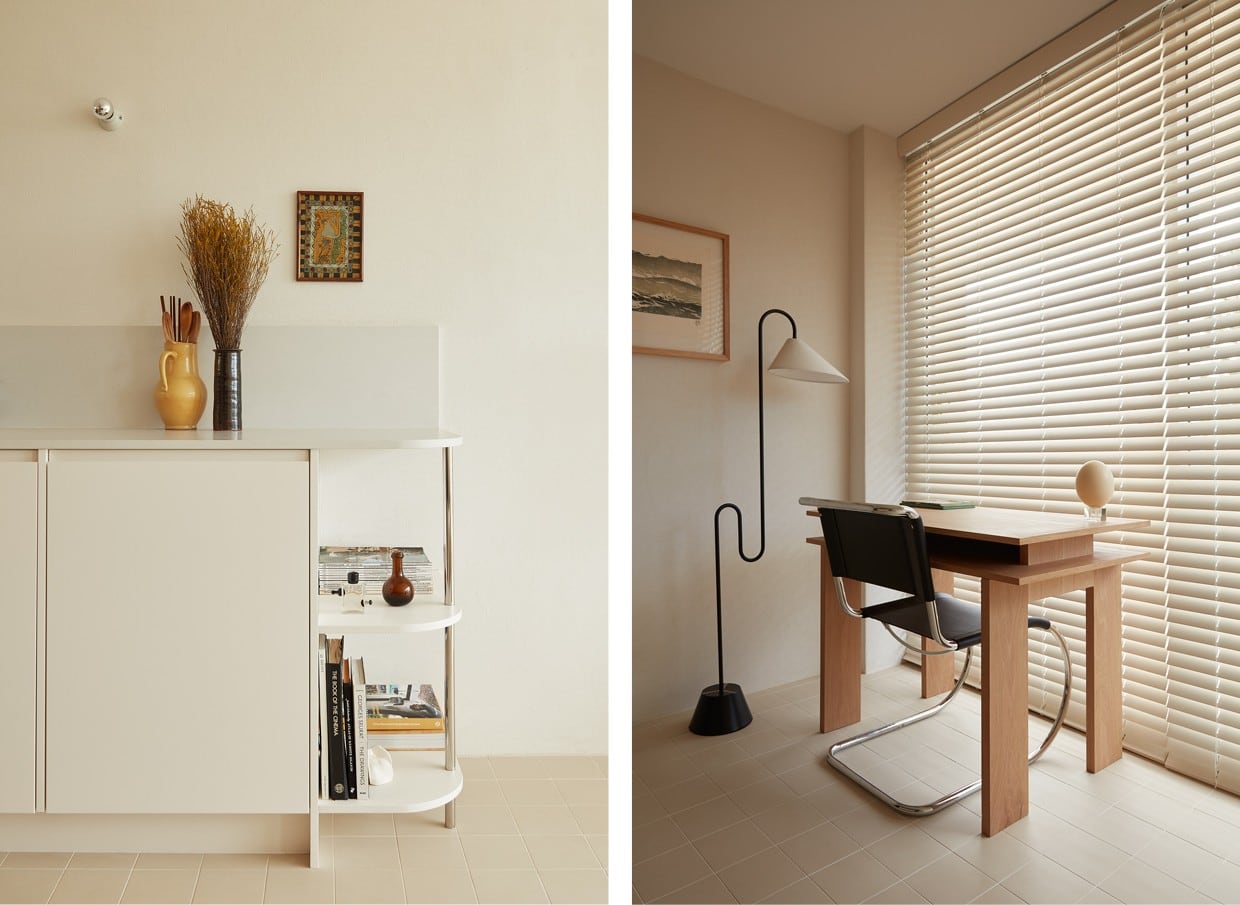 Despite the limited surface area, the rooms look impressive.

The kitchen walls were removed to make the space larger and to add a small dining area. The bathroom in it’s turn is extended into the living room with a sculptural shape that allows as much light as possible to pass through. It was especially important to also make the furniture fit as seamless as possible so as to not make the rest of the interior feel oppressive. A real eye-catcher here is the sofa – also a guest bed – which seems to be an extension of the wall. 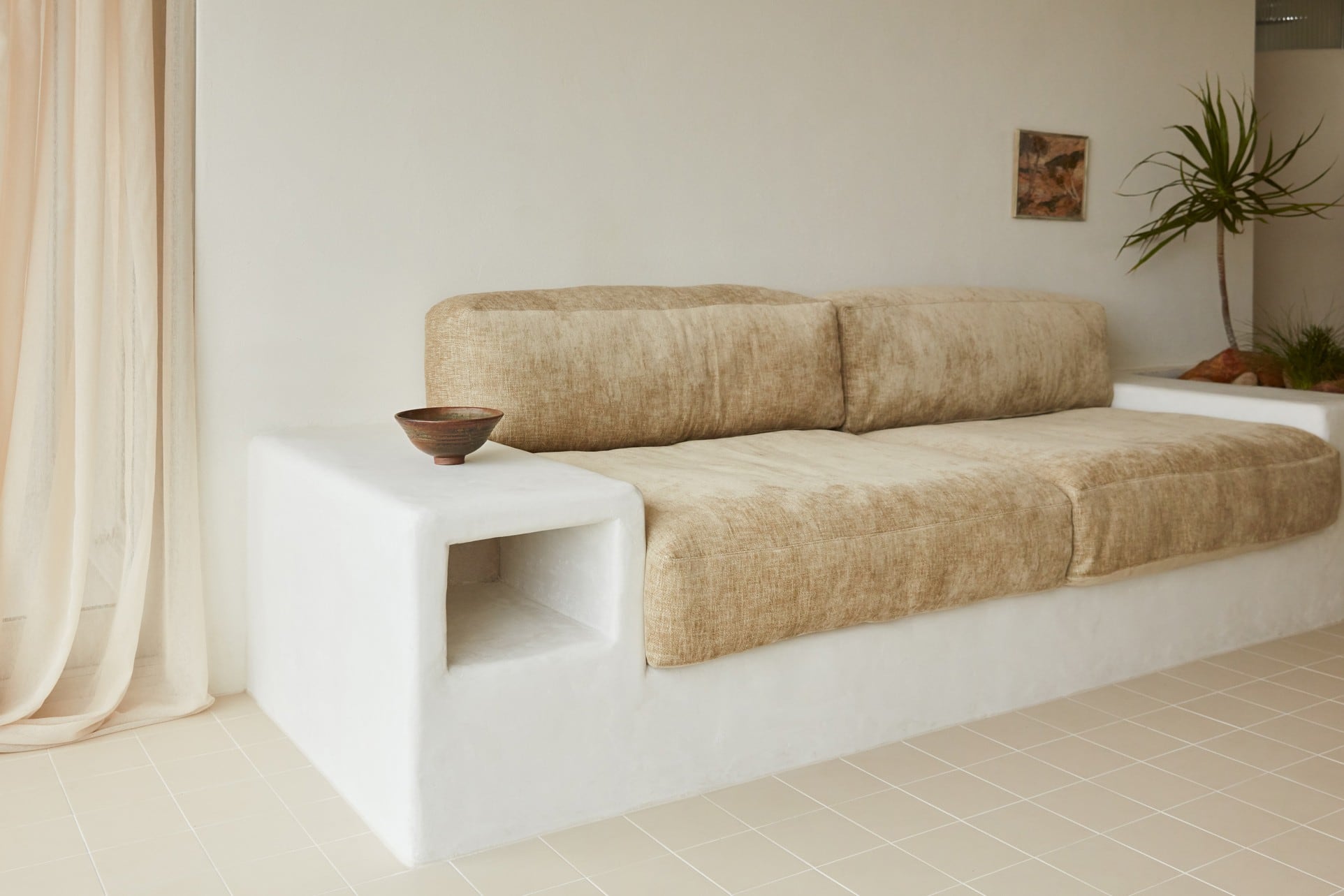 A recurring element in the work of Olivia Bossy is the reconciliation of art and design. Her designs are therefore often both functional and sculptural and show a creative aesthetic. In this relatively small apartment, too, she has been able to add an element of beauty.

The sand and wave whitewater are visible in the palette, material choice and forms. 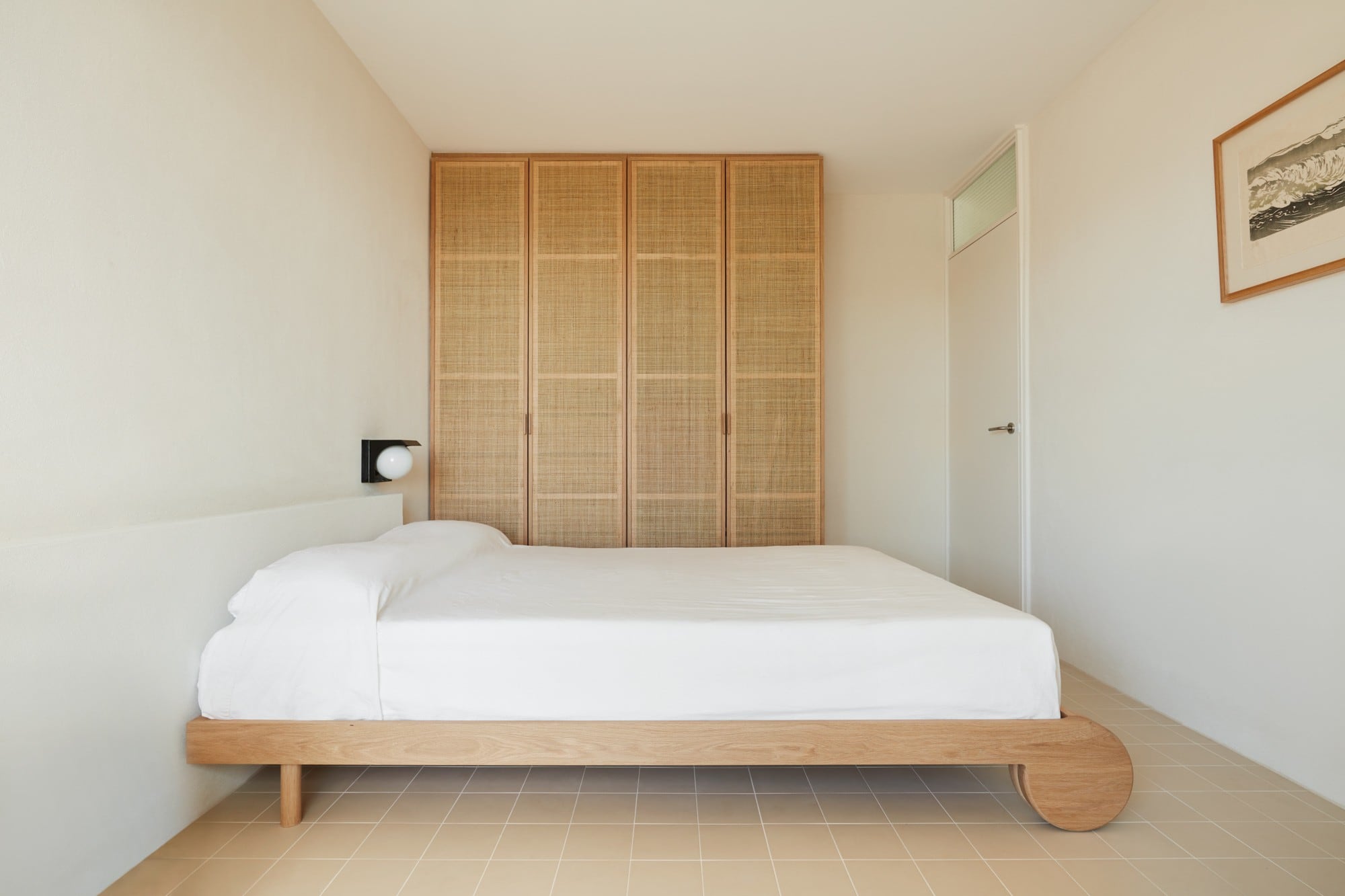 The designer was inspired for this apartment by the modernist villa E-1027 that Eileen Gray built in the 20s and Ghost Ranch in New Mexico, which for a long time was the home of artist Georgia O'Keeffe. Those might be big shoes to fill, but Olivia Bossy definitely succeeded in creating something just as timeless. Despite its simplicity and small scale, the Freshwater project still has a strong presence and leaves a big impression. 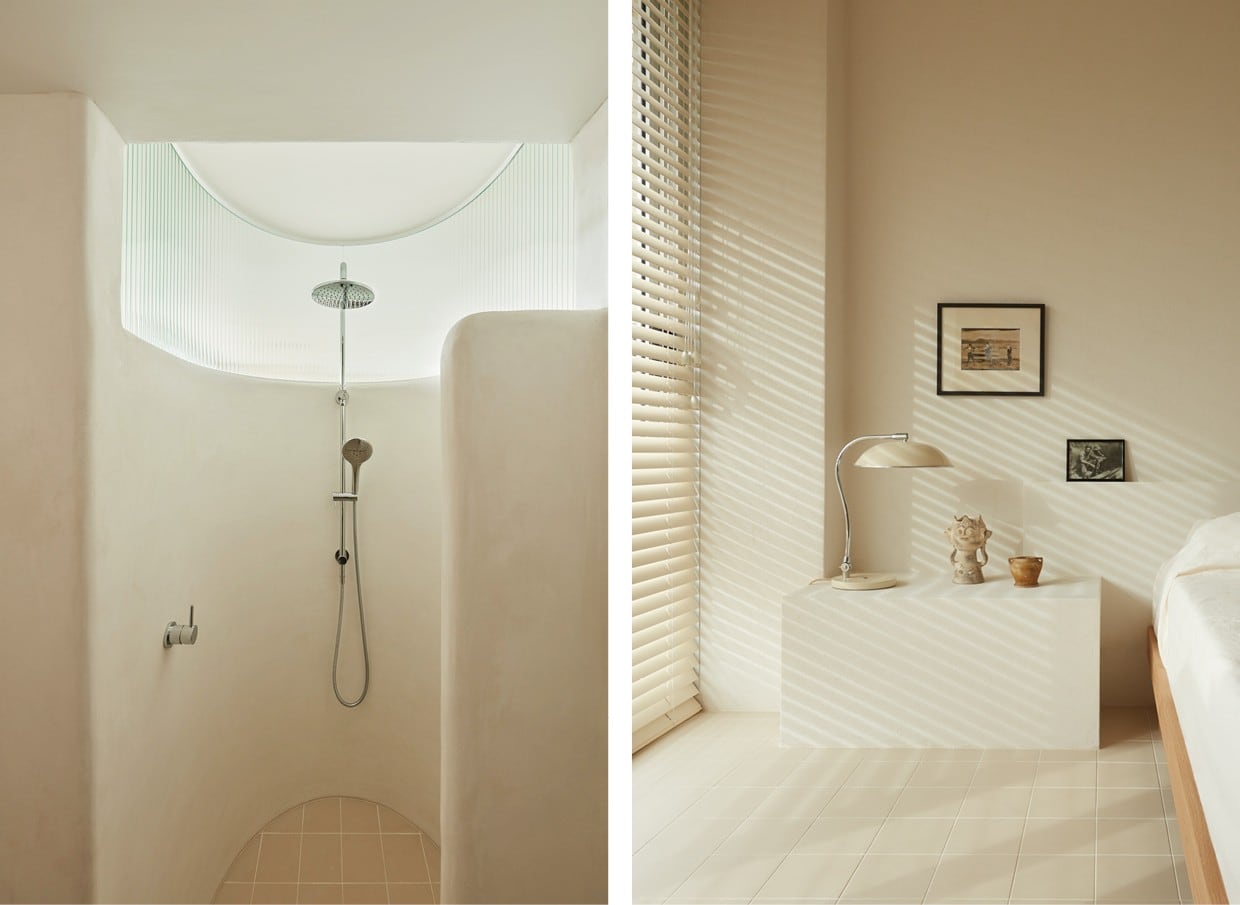 A reflection of Detroit