This impressive modern house designed by Spanish Fran Silvestre Arquitectos consists of two large white volumes lying on top of each other like beams. It is defined by a minimalist interior with clean lines and shapes.

Fran Silvestre Arquitectos is an architecture and design studio based in Valencia. The firm specialises in residential, cultural and public projects all over the world. With various awards and publications to his name, architect and founder Fran Silvestre has designed many impressive buildings, each with the same principles: "The aim is to provide a technical answer to a specific context and the desire to find beauty through the built work, while pursuing the satisfaction of those involved in its development." The designers always use the newest materials and technologies. Innovation and precision are important aspects in the work of Fran Silvestre Arquitectos. 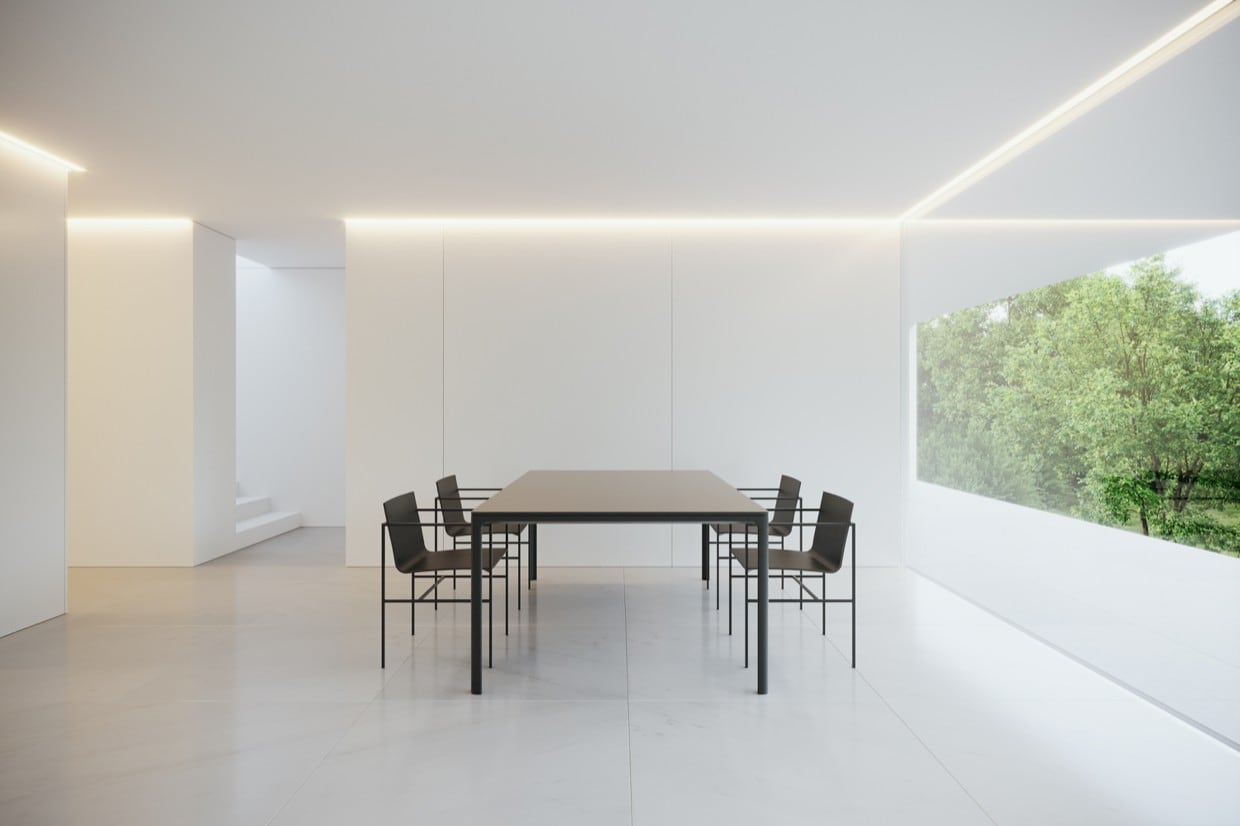 This house in Rio de Janeiro is a fine example of the typical style and approach of the studio. The house is situated on a hill near the Itanhanga golf course and consists of two large block volumes that are deposited together on the ground. The two elements are supported by a band. Because they lie on top of each other, they create an angle which facilitates the construction and minimizes the ground movement of the building. The point of contact between the two volumes is the 'communication core' and part of both elements floats above the hillside. 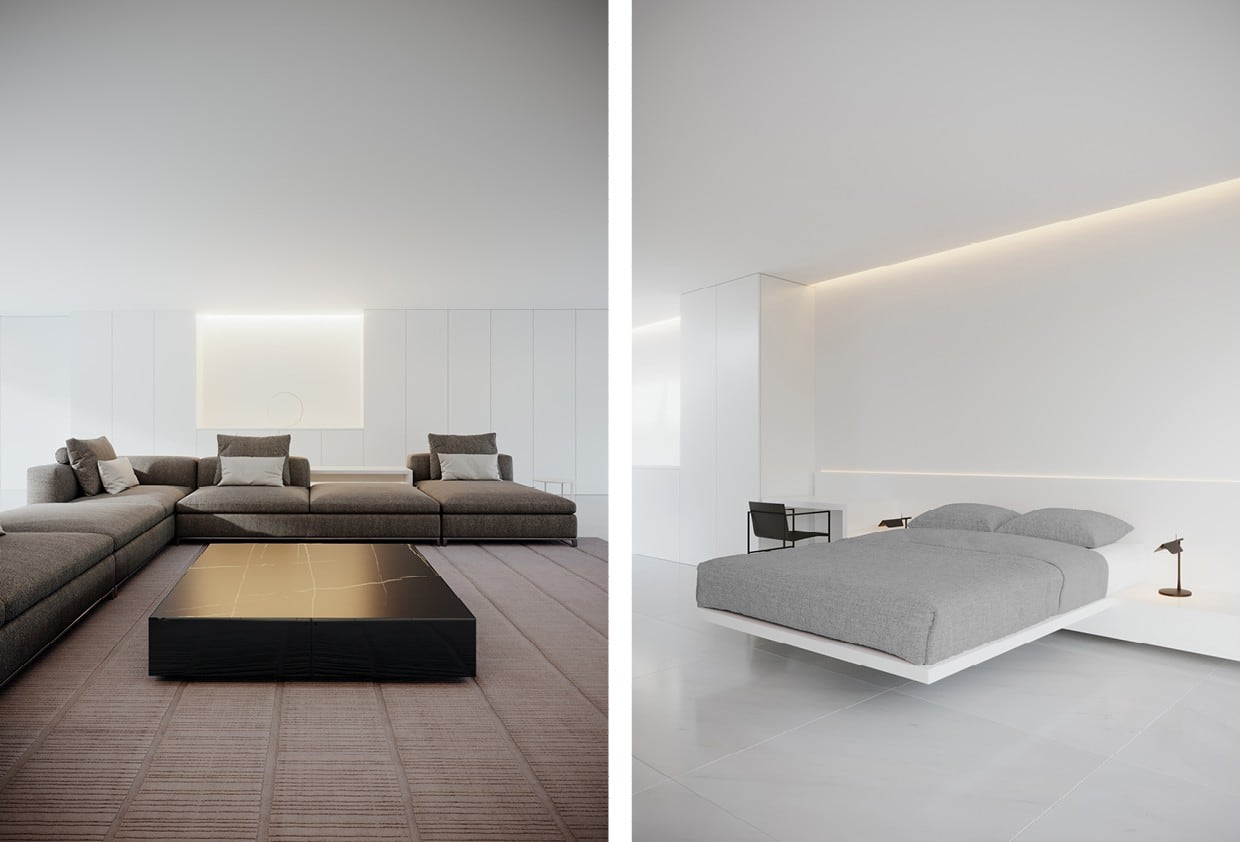 In the lower part we find the 'day rooms' such as the living room, dining room and kitchen. These are open and spacious and also open to the swimming pool which is situated on a kind of courtyard. On the upper floors there are studios and rooms from where you have a nice view of the landscape of the city. Thanks to the relationship between the upper and lower volume, a covered area with shade is created. The clean lines, white colour and sober interior create a total picture that's modern and luxurious. 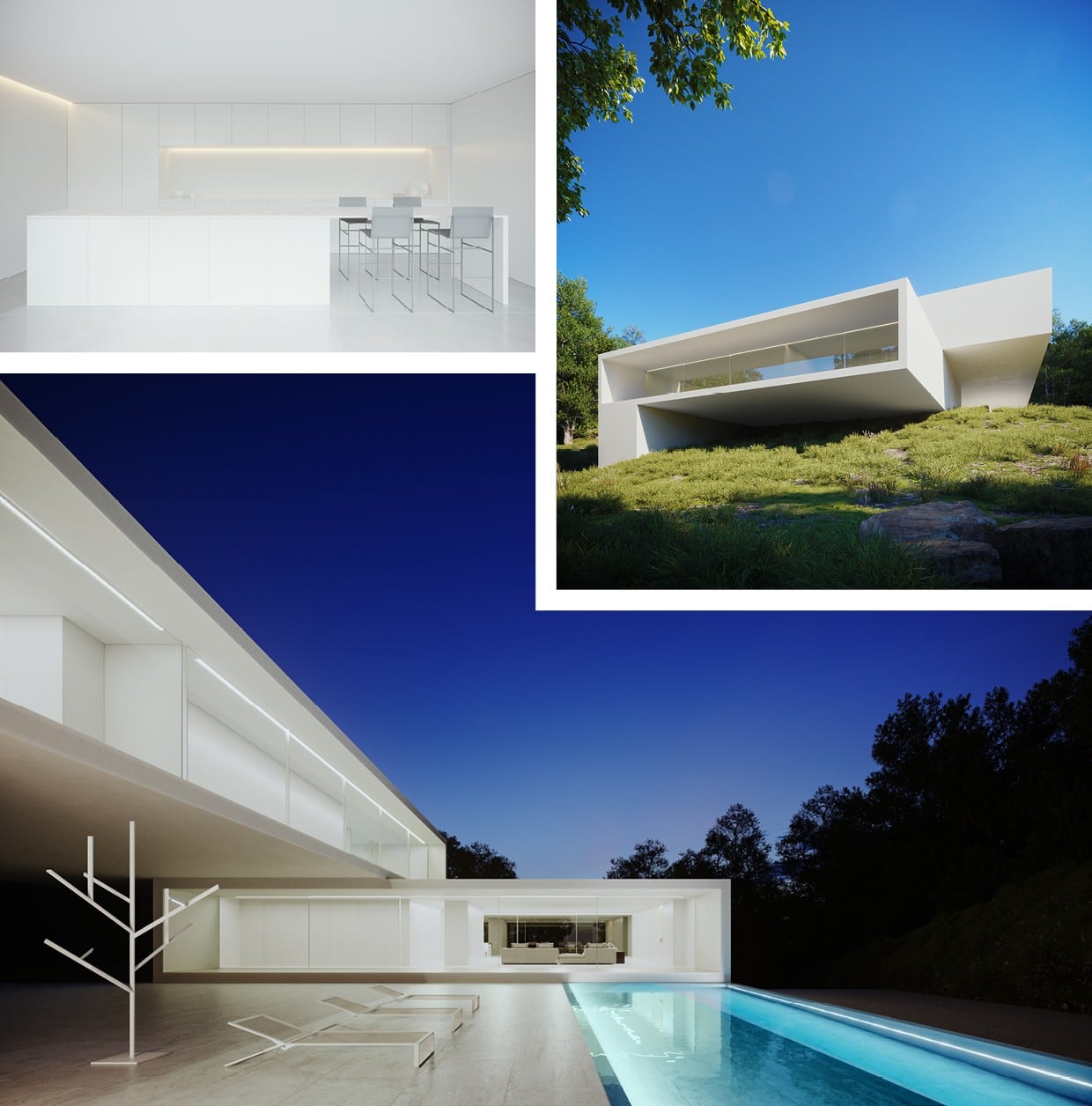 Urban Elegance in the Mauritzhof Hotel