DGN Studio transformed a dark Victorian house in East London into a serene residence that draws inspiration from Brutalism. In doing so, they perfectly responded to the client's brief, which was to create versatile spaces suitable for relaxation and intimate dinners as well as entertainment and art nights.

However, the original commission did not include a complete renovation of the house. The clients, a young couple, enlisted the help of DGN Studio to transform their dark kitchen into a bright, communal space for gatherings and to reorganise the upstairs bathroom. When the couple discovered DGN Studio's exceptional eye for natural materials and clever spatial planning, they decided to expand the brief. 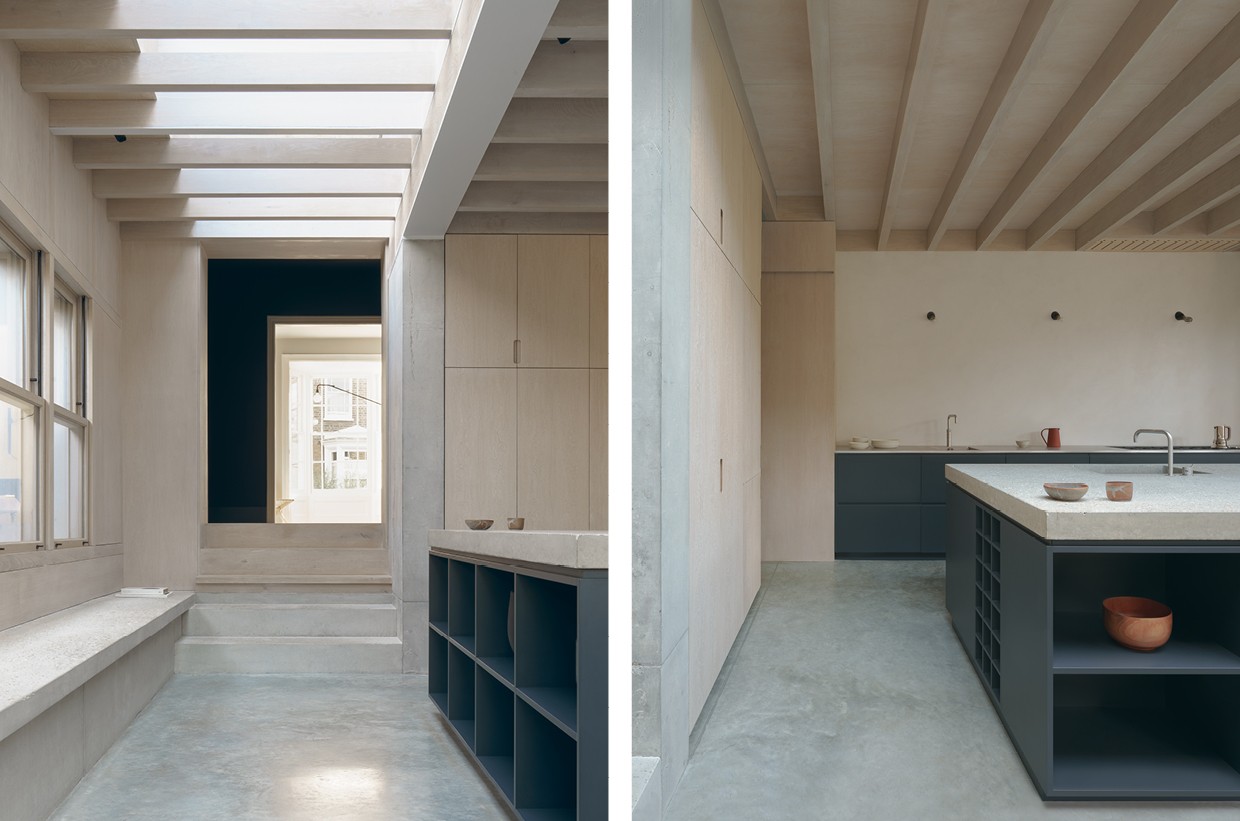 The design did not start from the typical Victorian layout with small and detached rooms, but rather from a functional floor plan, which flows together both physically and visually. Parallel, stepped openings connect each space and result in long views throughout the house.

The wooden floors and terrazzo tiles lead to the kitchen, where concrete was used as the primary material. Because the existing kitchen had a ceiling that was too high, DGN Studio lowered the floor by half a meter. A wooden ceiling structure would give the new extension as much light and height as possible. Long, low concrete benches emerge from the floors, framing the kitchen and dining area and providing multifunctional seating and display areas.

The heaviness of the concrete contrasts with the soft oak joinery.

The heaviness of the concrete contrasts with the soft oak joinery and a large skylight above the kitchen island. The oak sash windows – a nod to the traditional glazing of Victorian homes – let even more light into the interior and extend the width of the kitchen. A hidden cellar door leads to a utility room, keeping clutter out of sight of the open spaces.

Upstairs, the studio brought a lighter touch by removing an old fireplace and transforming the bathroom into a functional and well-lit private space. They moved the bathroom window, which previously overlooked the adjoining shower, to the other side and also added a skylight over the bathtub. This on the one hand brought in light and on the other ensured sufficient privacy. 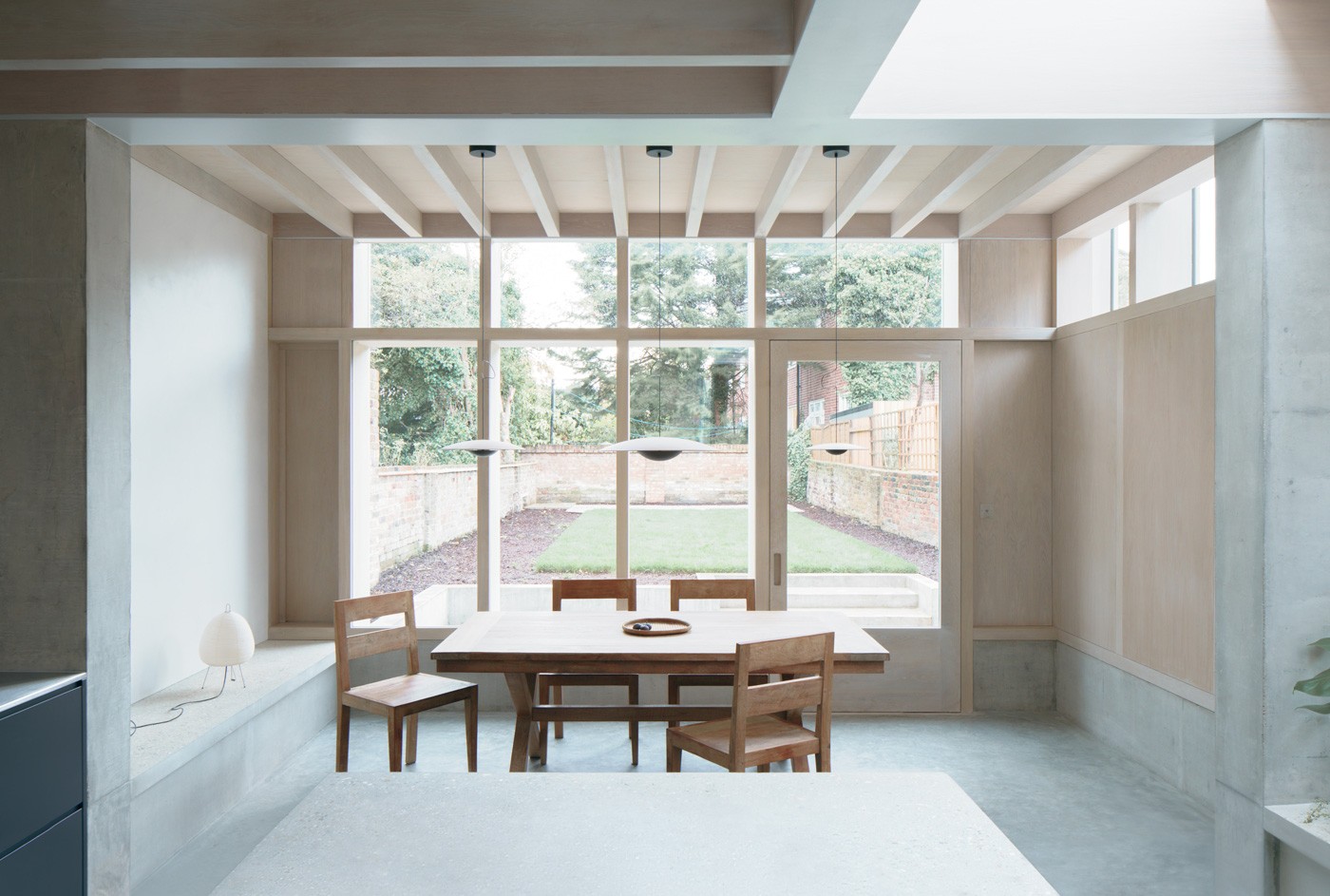 Because of the tight urban location, it was important to play with depth and functionality. ‘In discussing the brief, we found the project was focused less on how it was to look, but how it was to work for the clients. Prioritising function while still factoring form allowed us to select materials that would work in a simple aesthetic harmony, wear beautifully, and ultimately endure,’ concludes Geraldine Ng of DGN Studio. 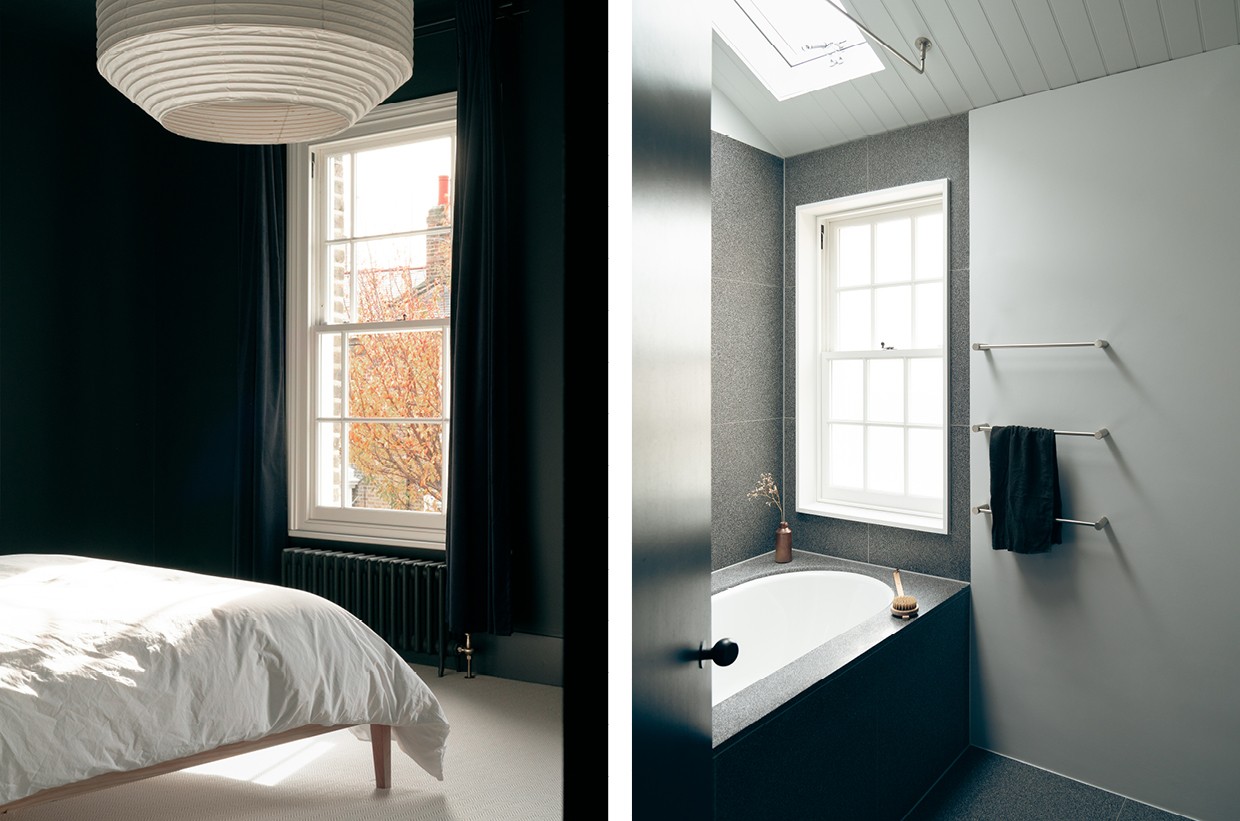 A serene retreat in Kenya