Scandinavian finesse in white and black

A ‘57 apartment in Stockholm, signed by Paul Hedqvist, was to be a paradise of minimalism. That's the synopsis of the briefing that interior stylist Annaleena Leino received. Annaleena Karlsson – her passport name – was born in Finland but immigrated to Sweden, and used to blog about social media channels, interior design, her opinion and very striking images. This prompted her to become an interior designer. 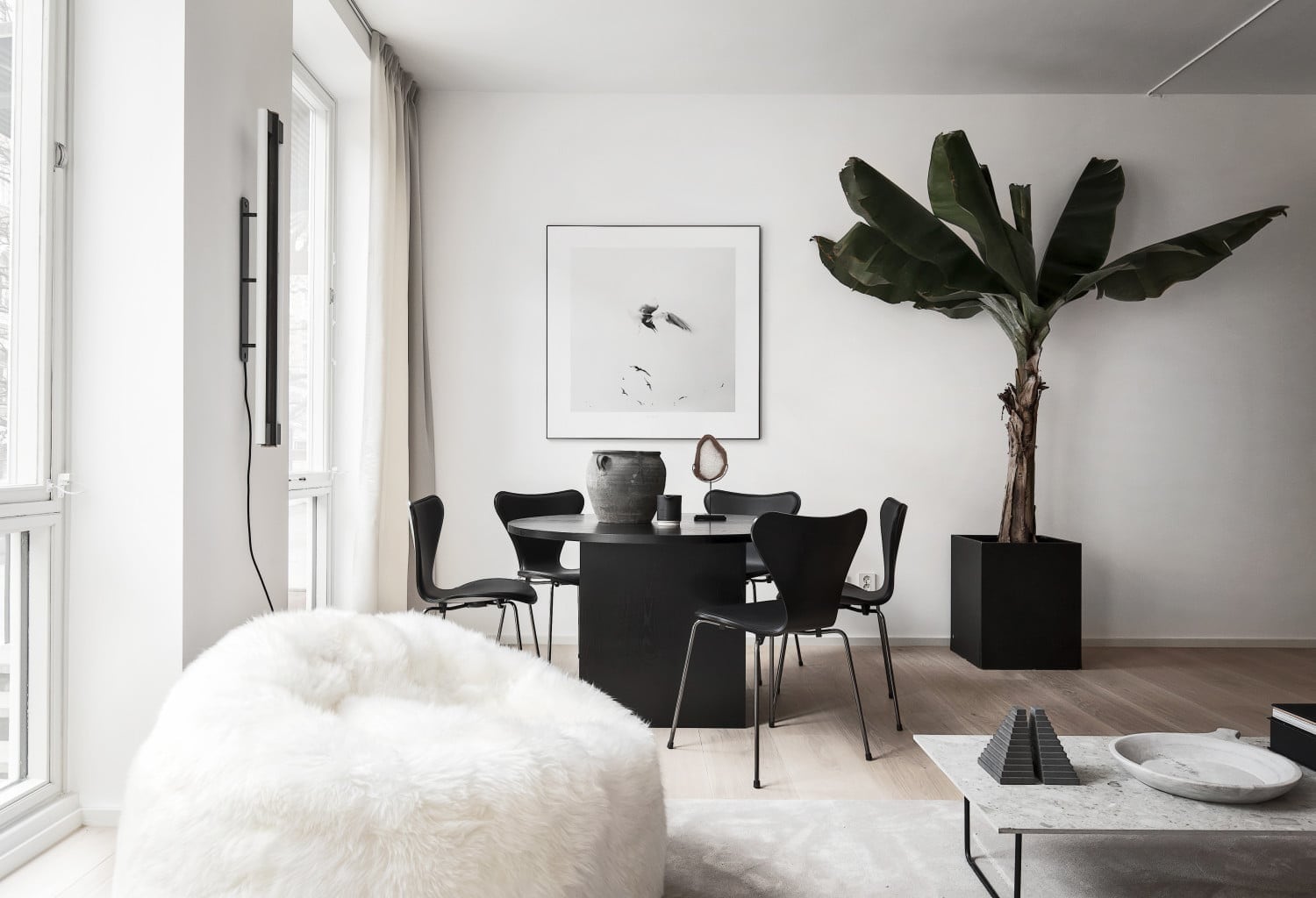 The unavoidable feature in this apartment: the high windows on the two detached facades. Sunlight has full access all day long, and this had to be used optimally in the decoration. That led Annaleena Leino to the idea of letting white and its derivatives dominate, so that the sunlight could reflect as much as possible. According to this adage, the furniture and objects were continued without losing sight of the need for contrast. 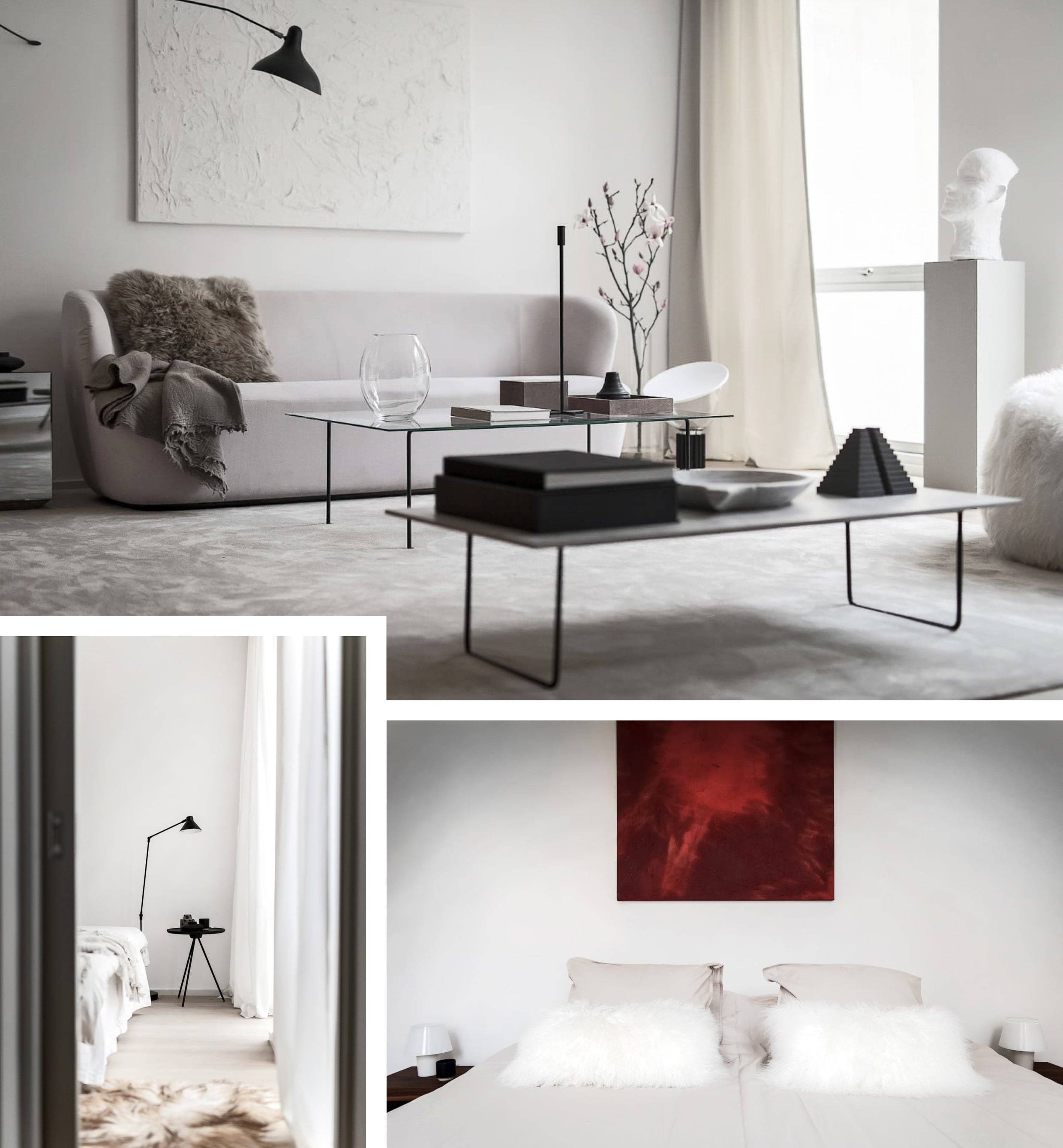 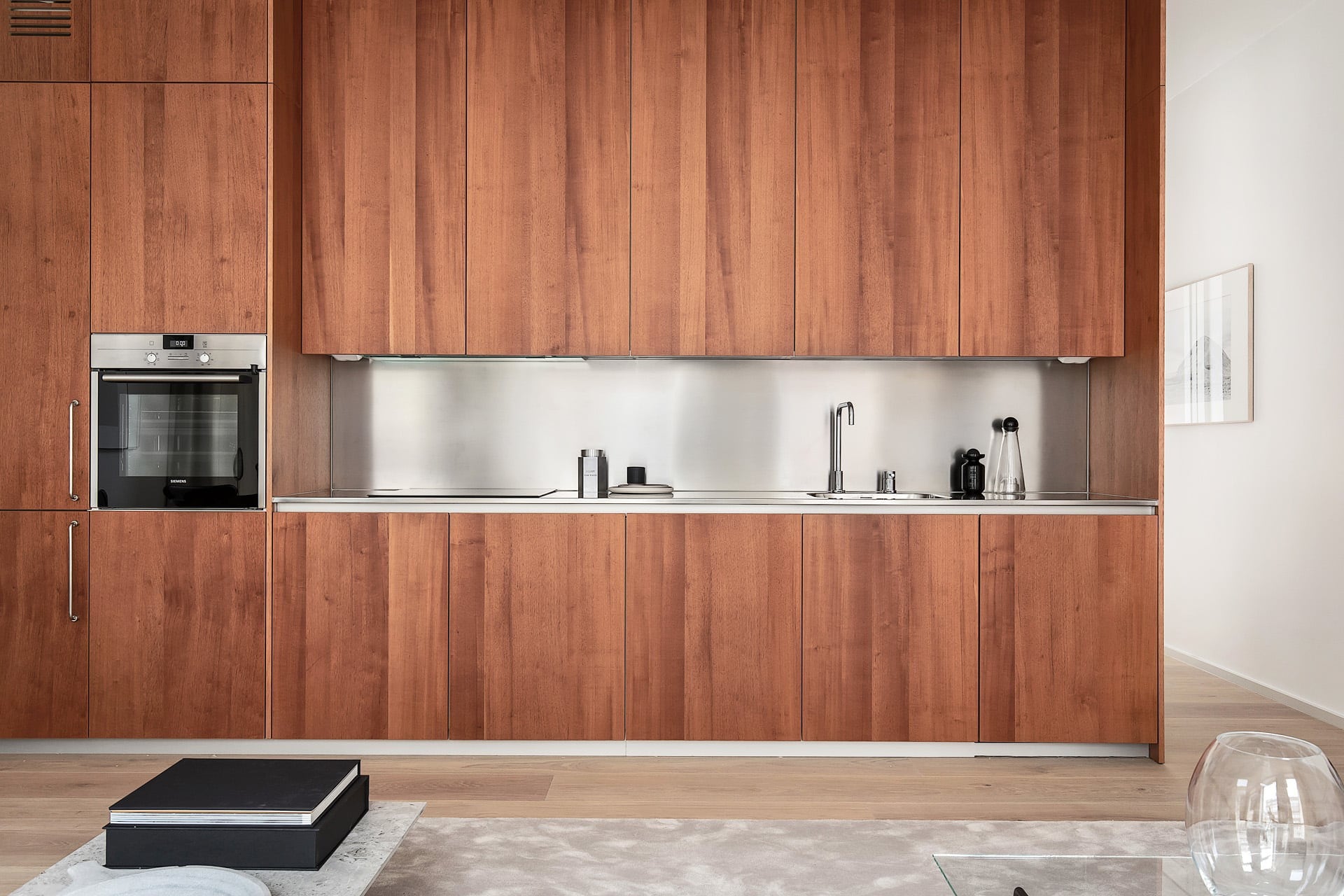 The fine legs of a glass coffee table, the floor lamp, the base of the banana plant ... all black. Round corners alternate in a balanced way. And despite the initially hard colours, this apartment is filled with romance in terms of atmosphere: the custom-made kitchen with doors made of Spanish cedar veneer, the courtyard on which the windows of the bedrooms give out ... it brings a minimalist touch of authenticity. 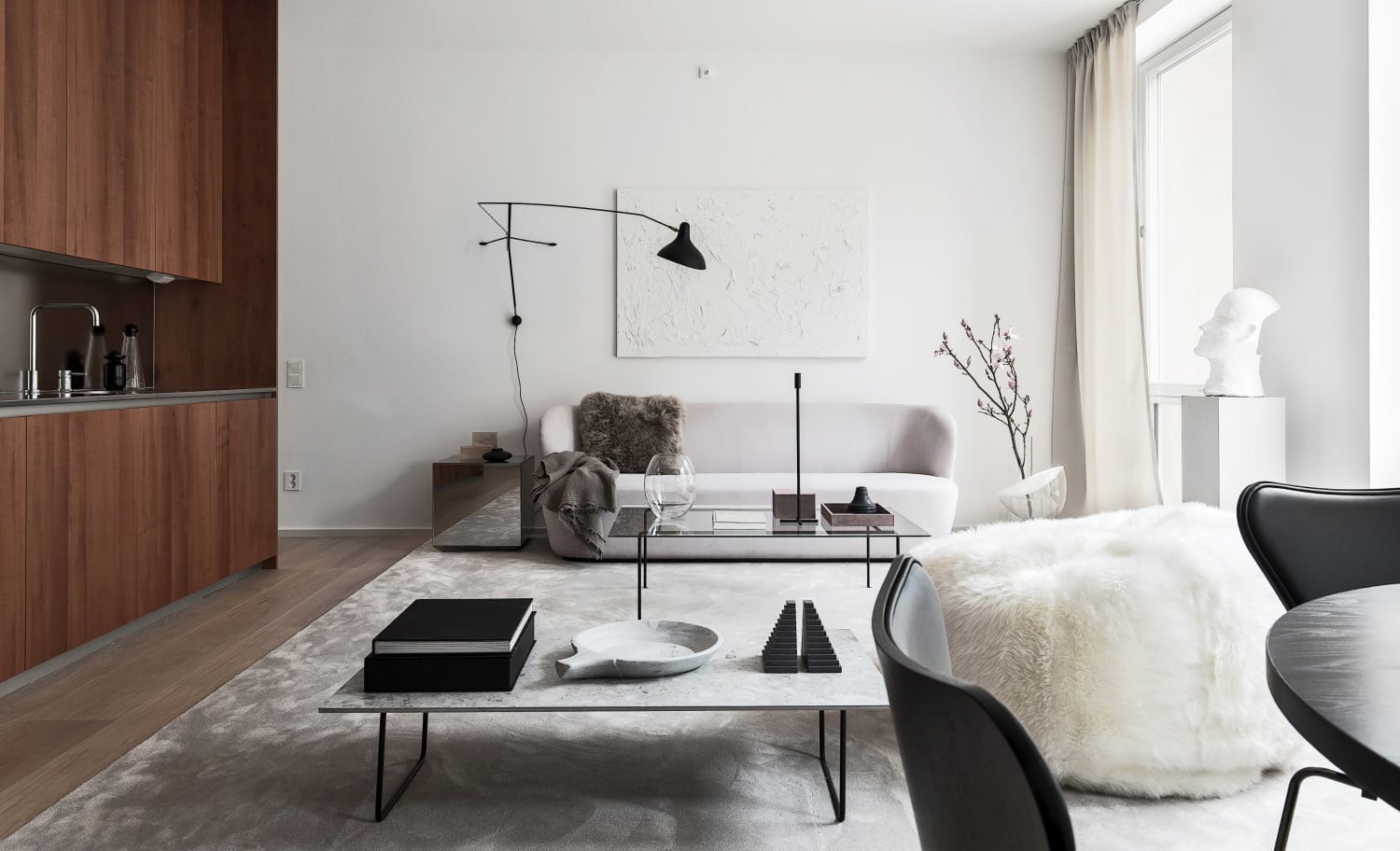