Old and new are united in summer house

For the renovation of this project in Sag Harbor, New York, the interior design studio Winter McDermott Design had to connect with the owners of the house. They wanted a summer home that they could also use during the winter for special occasions. This 1843 Greek house sits on 4.5 acres of waterfront land, complete with its own private sandy beach overlooking the harbour. 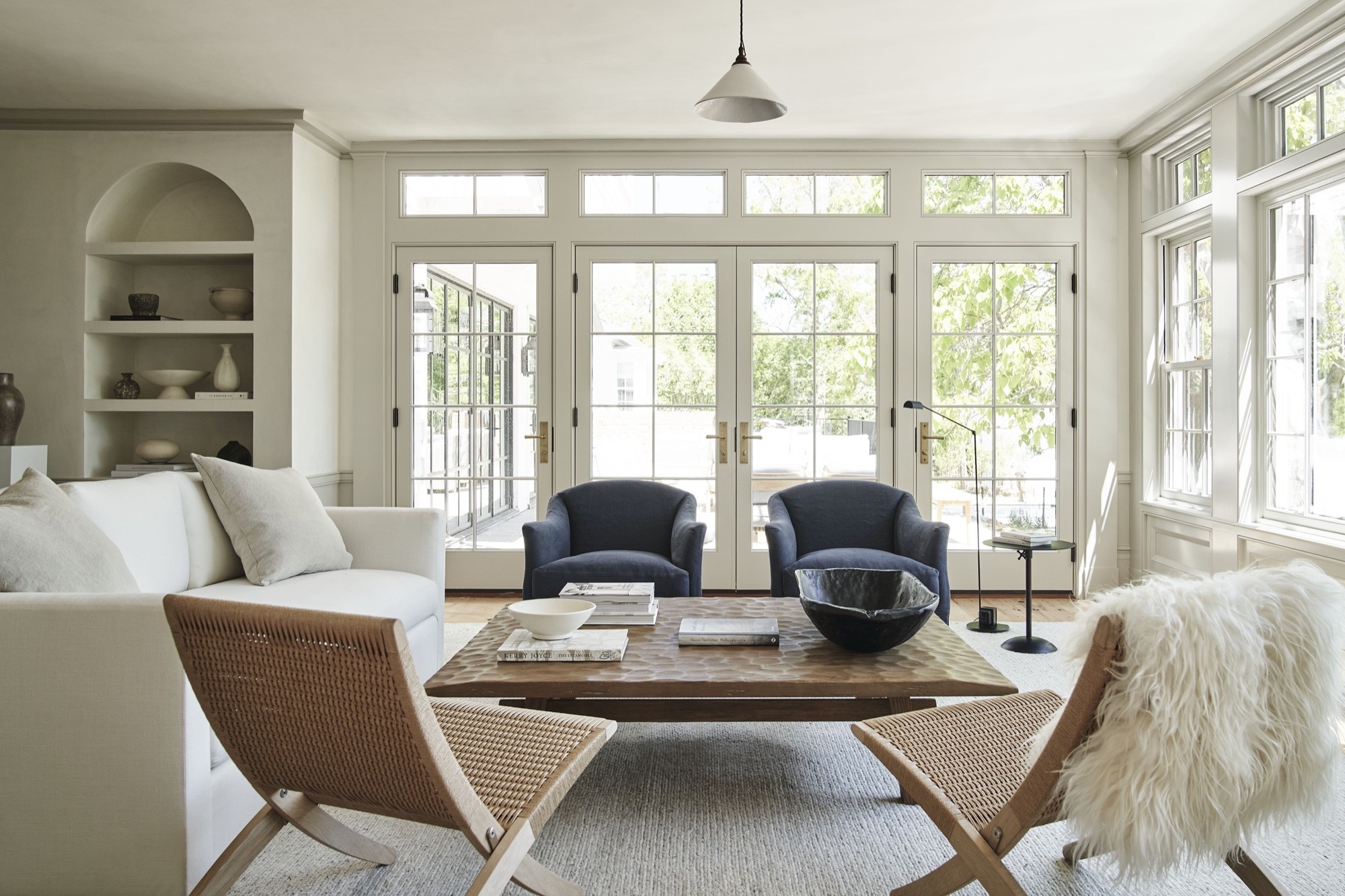 The owners had very specific ideas about how they wanted to use this house. For example, a room close to the water's edge, where they could sit and read throughout the day, was very important. They also opted for a cosy space in the evening to sit around a fire. 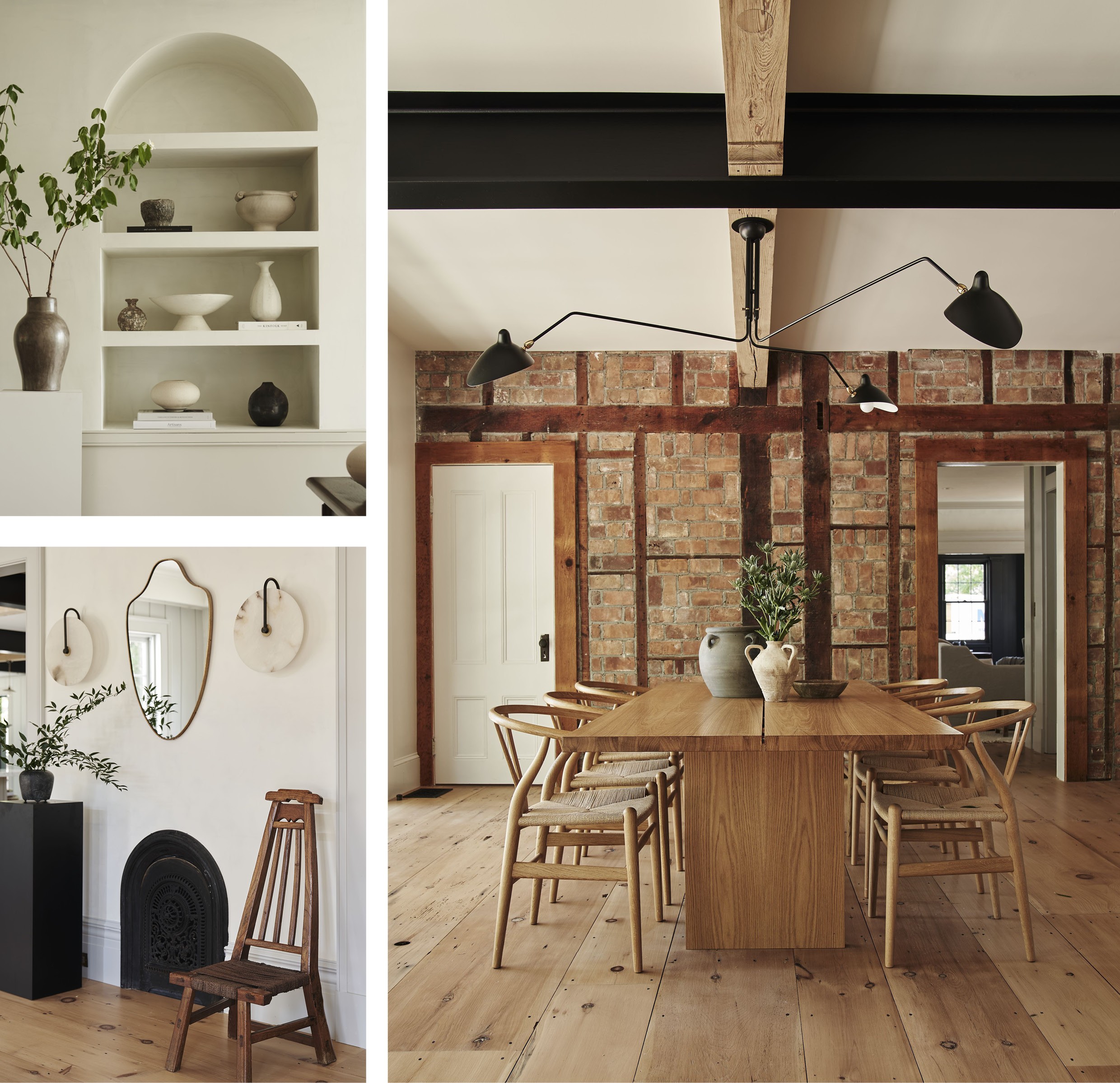 McDermott looked for objects with a wabi-sabi feel, which she combined with brighter accents, making it a cross between old and new.

The interior is very minimalist with neutral colours, a Scandinavian touch, which is not surprising as the wife is from Sweden. This atmosphere is very much in line with that of the designer, Maureen McDermott, so she could totally relate. It had to feel warm and lived-in, but not too antique or heavy. So McDermott looked for objects with a wabi-sabi feel, which she combined with brighter accents, making it a cross between old and new. In addition to the neutral colours, one room was painted completely black. This room provides a contrast to the airy feel of the main living room. McDermott drew a lot of inspiration from European books and designers because she felt the house could be more sophisticated. She wanted everything to feel airy and calm, so she used mostly decorative lighting to stay true to the history of the house. This, she says, makes the whole house feel very special. Each light adds a new dimension. 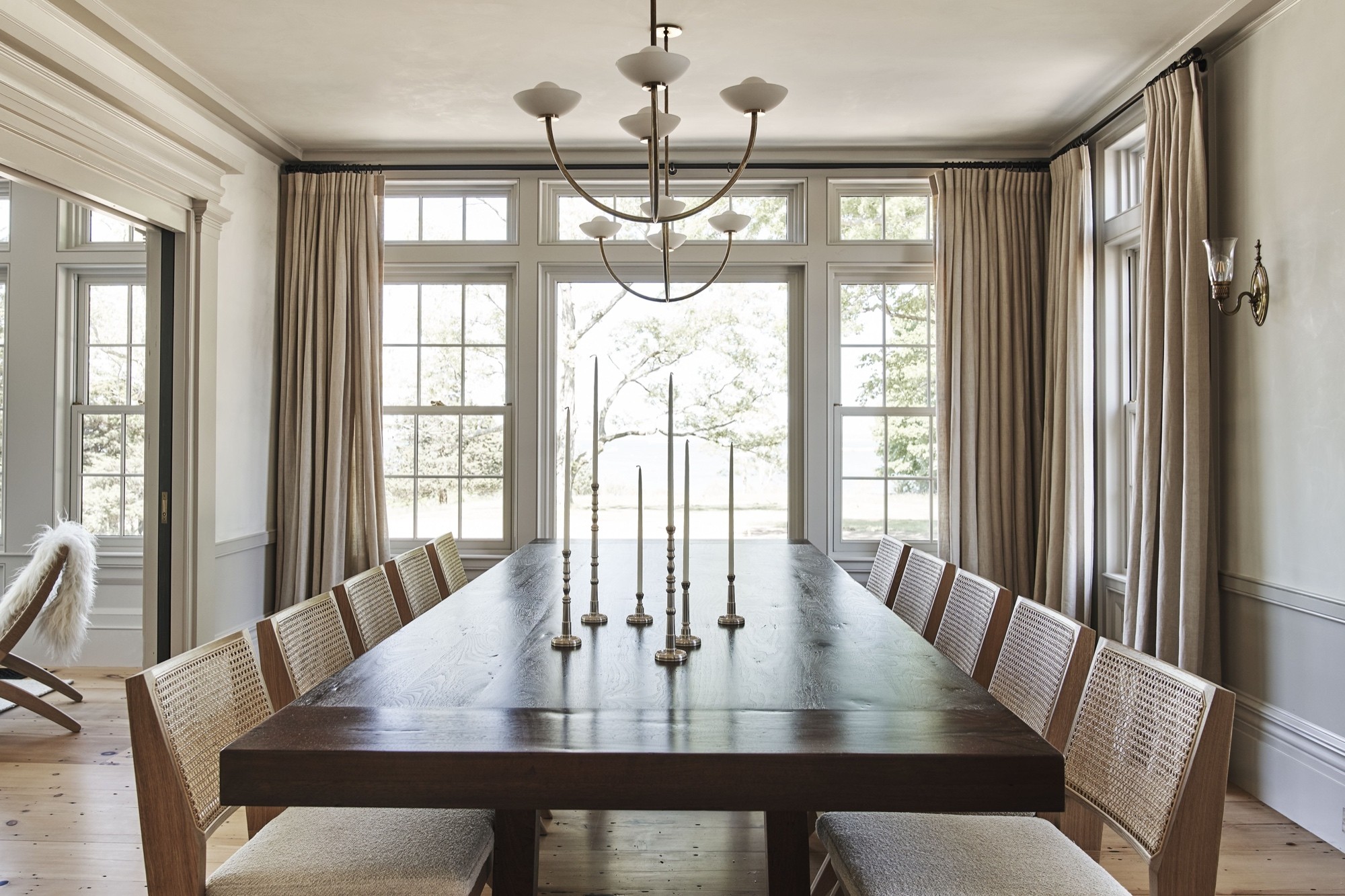 Because the house is for a young family, it had to be modernised, but the historical elements were kept. Only new elements were added. All the old hardware was reused, the original stained-glass windows were retained, the same ornamental styles and door styles were retained, and everything new was simply coordinated with the old. In addition, the bathrooms and kitchen were adapted to a modern family. When you walk into this house you immediately feel how special it is. Even though this project was outside McDermott's comfort zone, she certainly lived up to it. 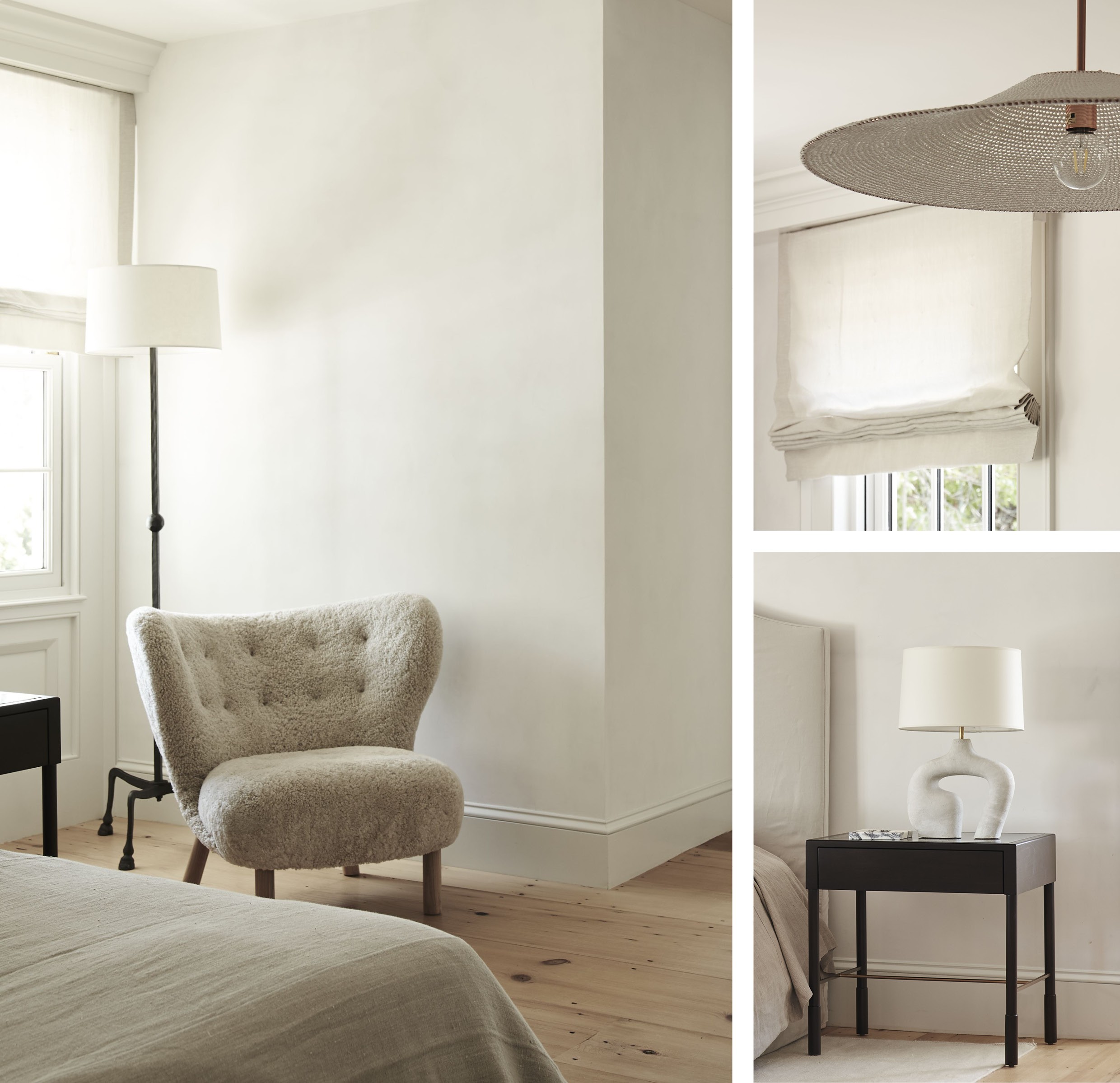