YOLLLLEY STUDIO created an office space for the cosmetic brand VonEstis based in Seoul, South Korea. The layout is derived from the atypical curve around the business space, symbolising the relationship of beauty to different body lines. The space has its own identity that supports the value of new work that considers science and behaviour together. 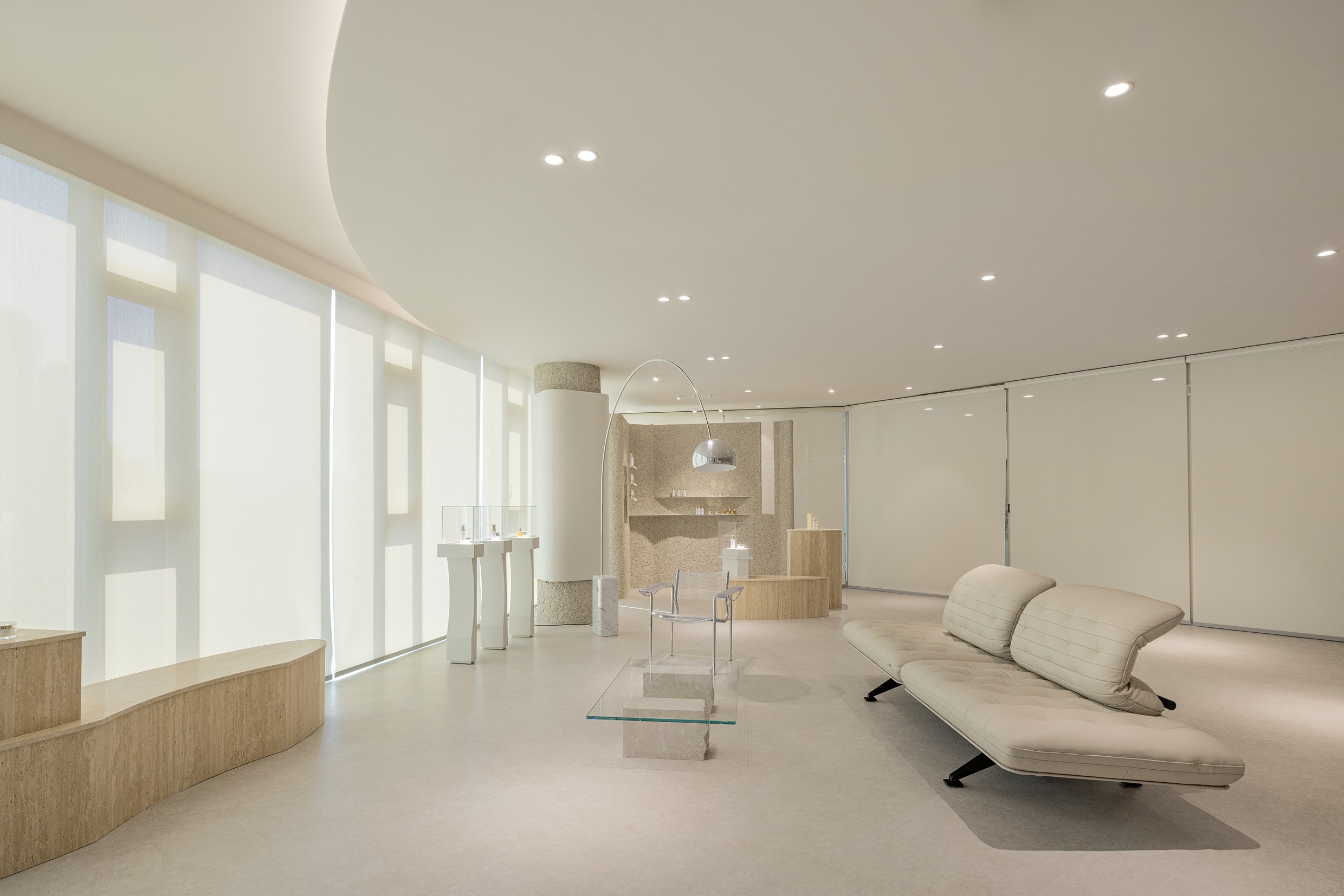 YOLLLLEY STUDIO is an interior design studio founded in 2018 in Seoul, South Korea. The studio focuses on different fields, such as furniture, interior design, and architecture. They describe their driving force as Less but better, less is more. According to the studio, design appears as a function and correlation of users, therefore they actively collaborate with many artists to achieve intrinsic design results. im 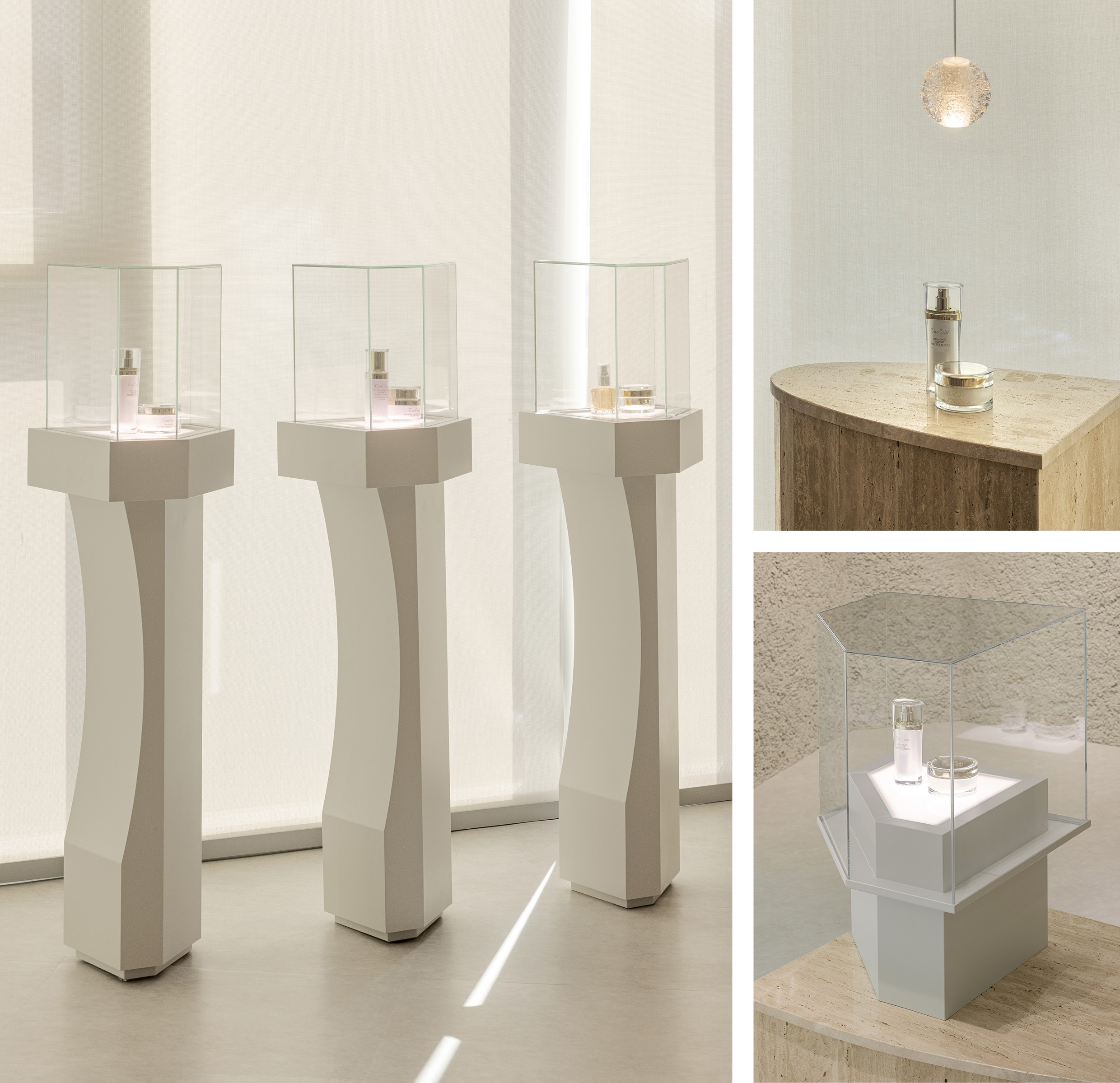 The designer furniture was arranged to express the value sought by VonEstis.

To visualise the clear and simple philosophical image of the brand, white colours were chosen as the basic tone for the atmosphere of the entire space. The studio placed the VonEstis objects where the sun shines the longest, to take into account the visibility in the shadow silhouette that changes according to the light during the day. 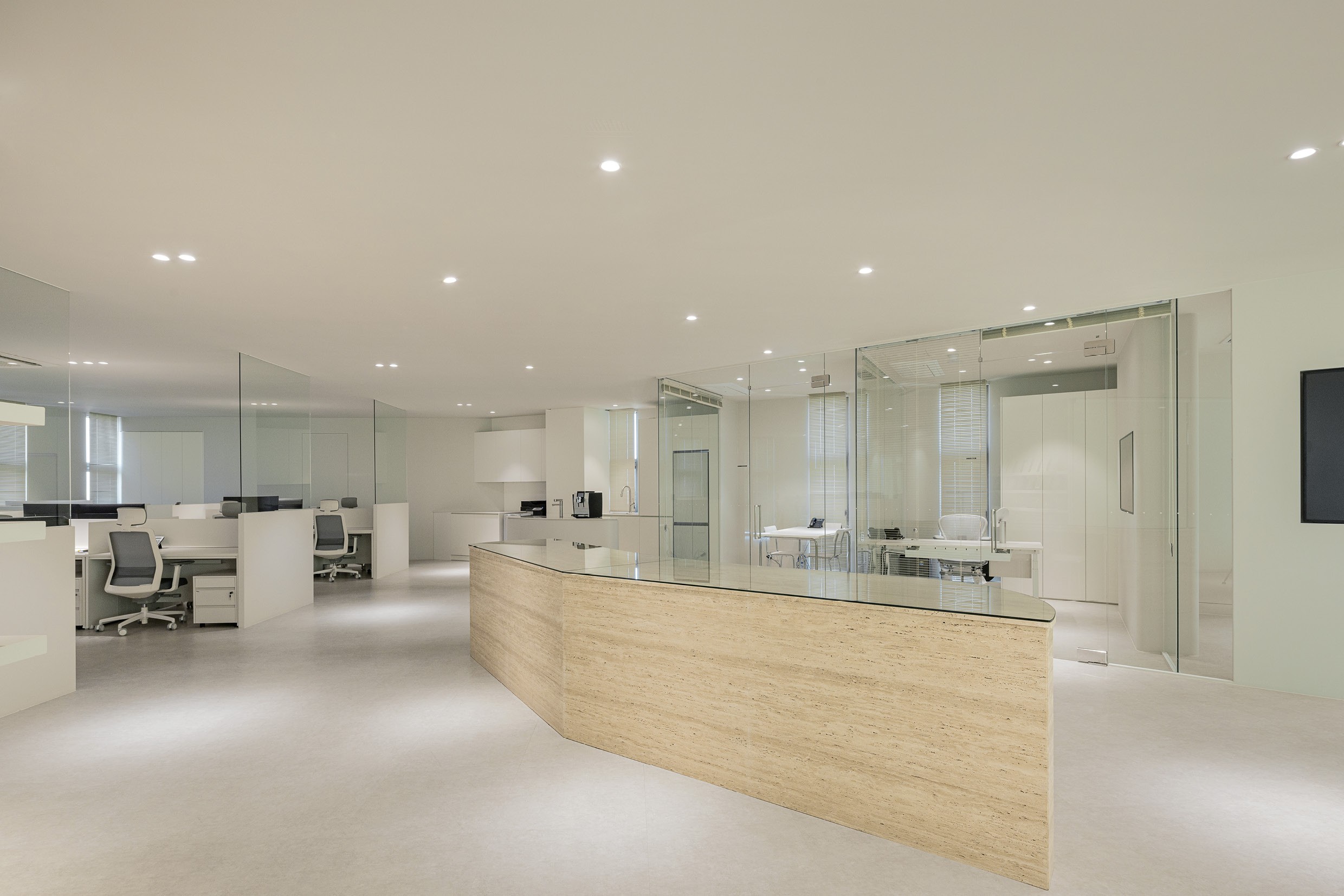 Curved design elements with symbolic expressions were finished with natural marble and art paint. In addition, the designer furniture was arranged to express the value sought by VonEstis. The laboratory was designed as a single space using a three-dimensional curve that connects all the boundary points. The identity of the brand was important; the space represents what VonEstis strives for and breaks with the existing layout of the laboratory. Through the curve from the floor to the wall and ceiling, the studio tried to express the design intentions that shape the space.

The studio was able to design an office space that perfectly matched the values and needs of VonEstis. The brand was taken to the next level thanks to YOLLLLEY STUDIO. 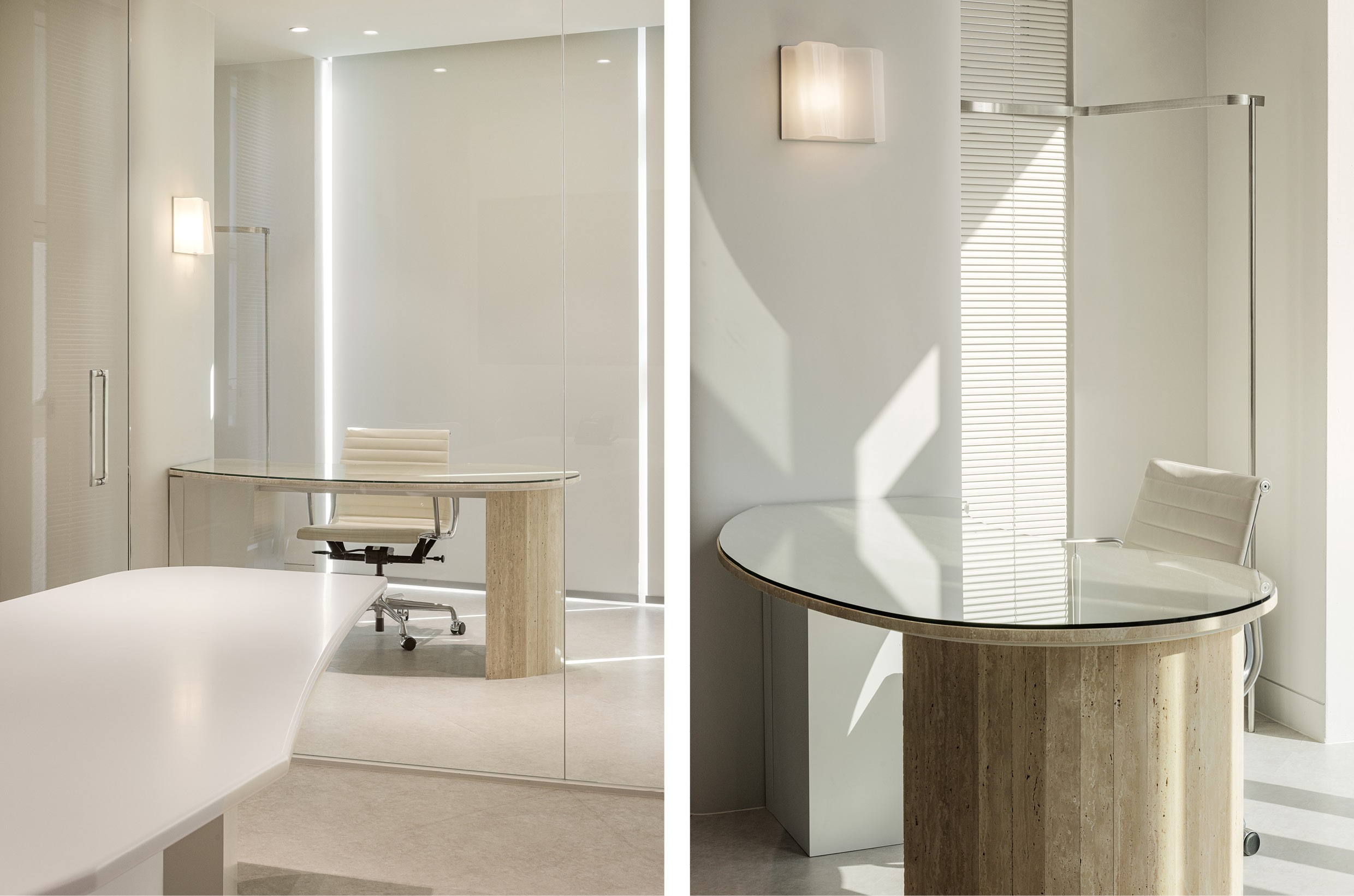 Playing with light and spaces