Designer of sculptures, objects and furniture, Victor Ledure usually sees the designs he wants to make in his head immediatle. He creates collages of his objects in his mind, imagining what would fit together.

When he designs something, he tries not to think about its functionality. A design starts with an interesting material or a form that can have an impact on the space where the product will end up. After designing, when Ledure is satisfied, he will think about its functionality. As an example, he cites his Colomn I design. He wanted to make a column because the image of this archetypal object being diverted from its original purpose was an interesting starting point. Later, he arranged the column so that it could also serve as a seating element or side table. 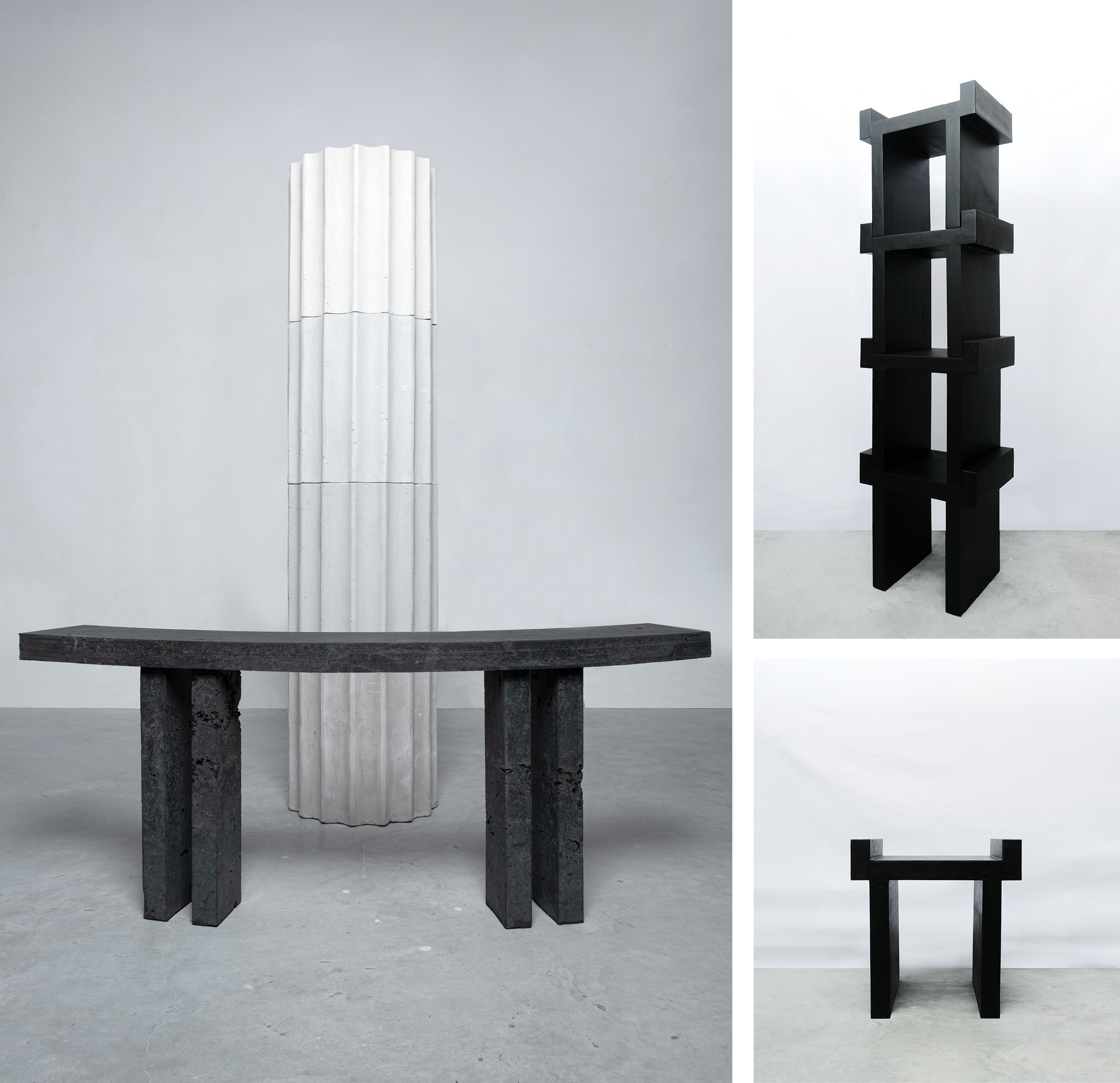 With his objects, he hopes to achieve a spatial impact and that spaces will be understood differently with or without the absence of the designs.

Ledure always draws inspiration from the previous objects he has made, experimenting with materials. In addition, he tries to wonder what other purposes or applications a material or an interesting form might have. He also thinks about what would happen if you scaled it in different sizes or how this material could be used in a different context. So, he approaches designing in a naive way. The materials emerge when Ledure thinks about how best to achieve the image he has in his head. He then begins to experiment with different materials and construction techniques that best contribute to that image. The objects are a result of this trial and error method, which provides many new insights into materialisation and form. 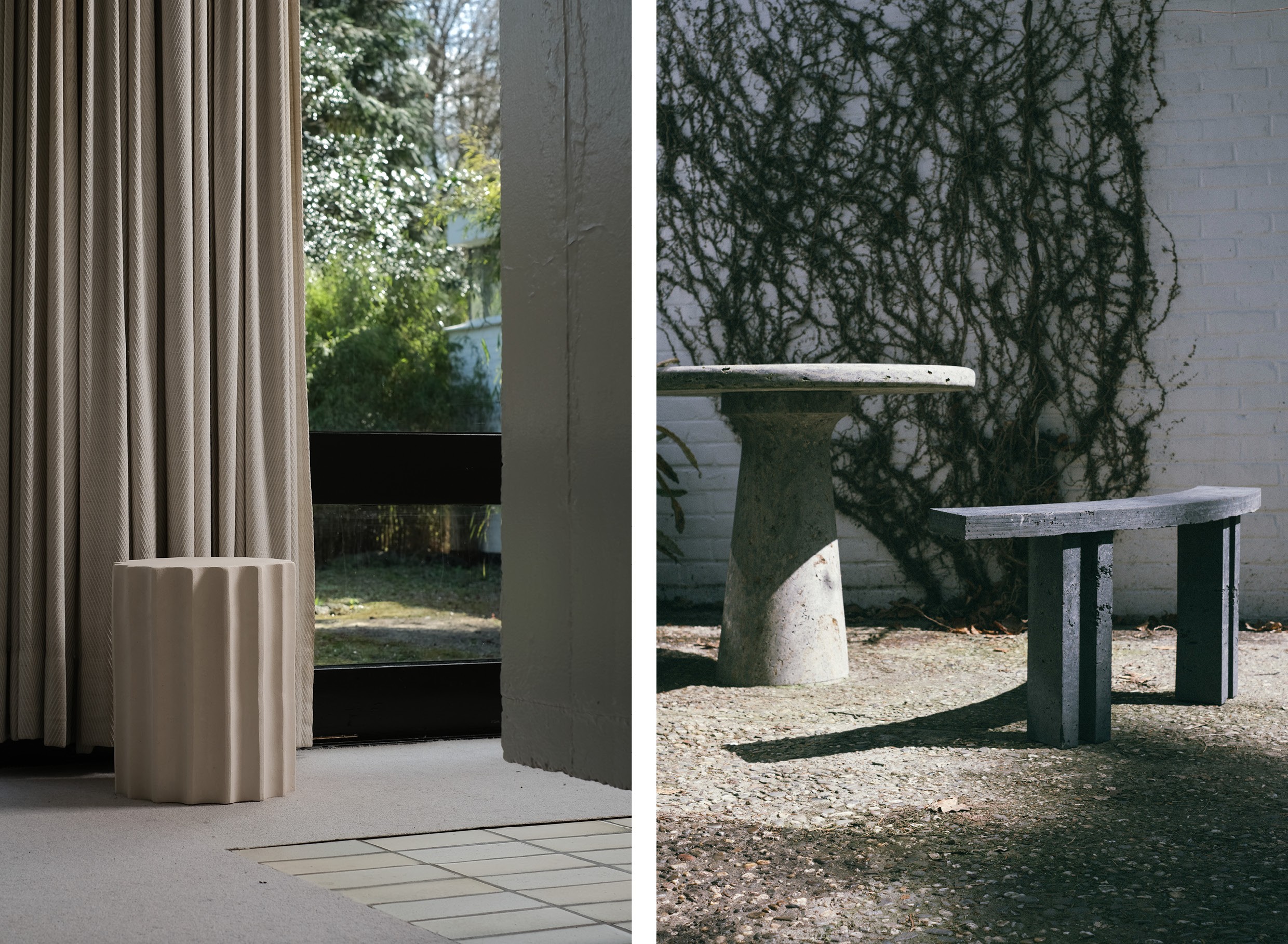 With his objects, he hopes to achieve a spatial impact and that spaces will be understood differently with or without the absence of the designs. There are two aspects of creating that Ledure enjoys most. The first is the creation of the objects themselves. The materials he works with are slow materials, they take a long time to sculpt and some have to dry for months. This has a meditative effect in a way. The second aspect is when the pictures of the pieces are ready. Then the image he had in his head is translated into a physical object. 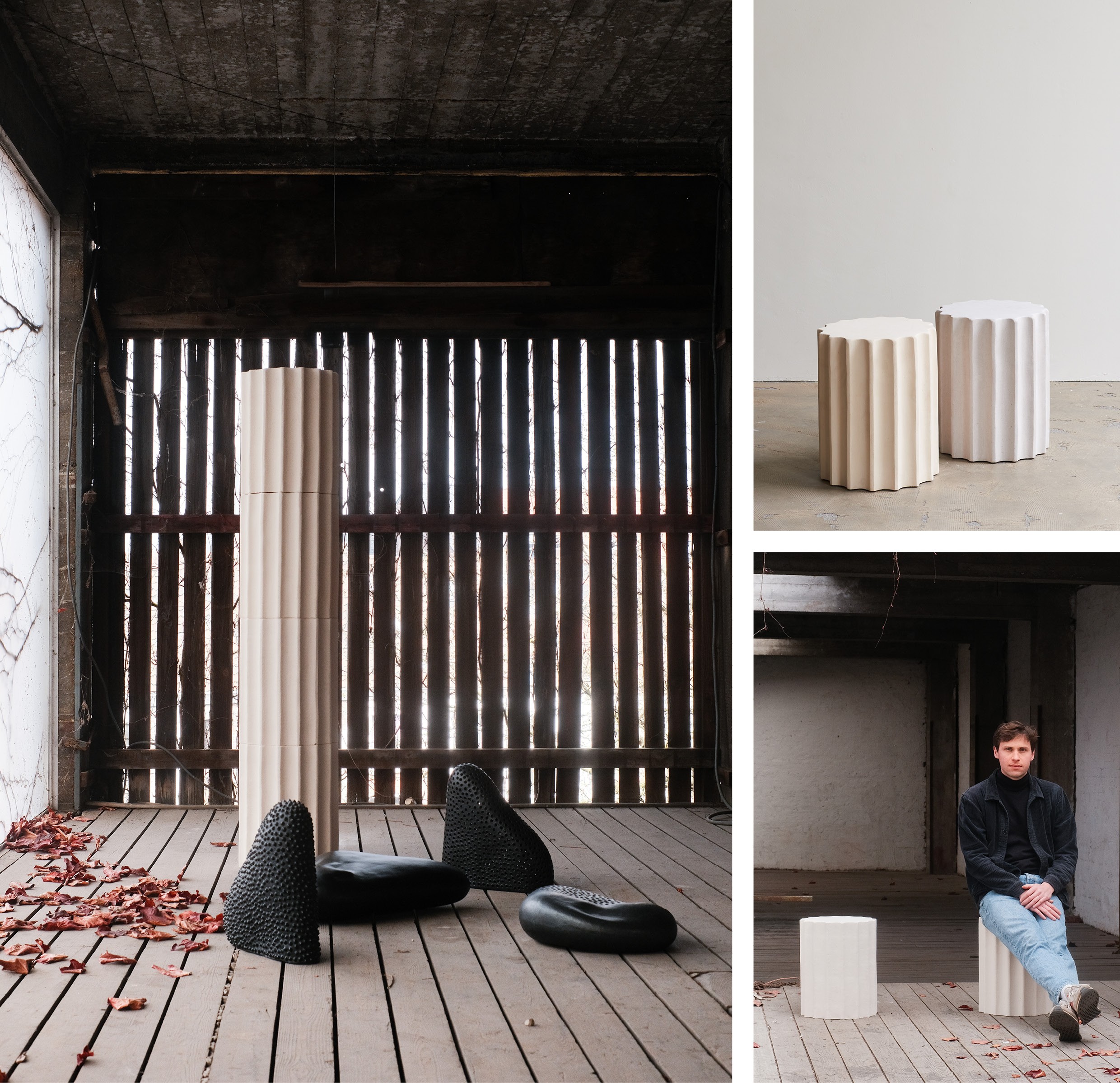 In the future, Ledure would be interested in collaborating with other disciplines, such as architecture or photography. For example, his objects could be seen in different, built or imaginary, contexts or scenographies. These could be great projects, but are not necessary, as Ledure's objects are also beautiful on their own.