Roy Ghaya, senior designer at the Lebanese studio K.frame, is back! He already appeared on the Imagicasa website with the project Constanza and the project Potrezzo. As you can tell we are big fans of him because he has made it to our blog once again. This time with a slightly older project called Marrochino. 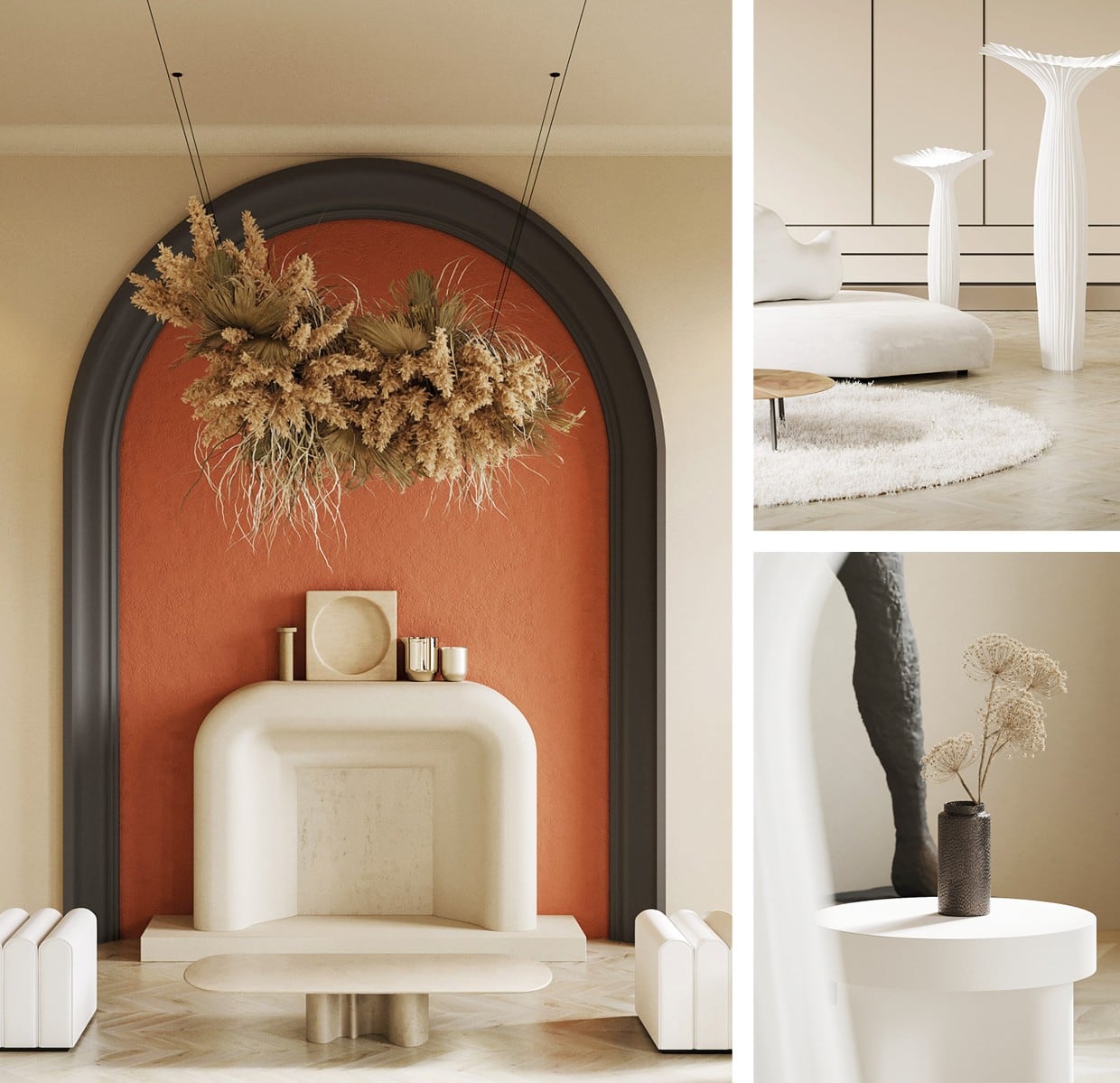 The lockdown has not hindered Ghaya's creativity because he managed to conquer many hearts, including Imagicasa’s with three of his four most recent projects. His renders look like true works of art that are soothing by their perfection and exciting look at the same time. In his most recent designs, Ghaya always opted for a neutral colour palette. Marrochino's colour palette is based on coffee and steamed milk. The shades thus vary from dark brown, almost black, to off-white.

An interior filled with coffee colours and eye-catchers.

Another recurring element from Ghaya's recent projects is the arch. He uses it in the form of an arched window, a ceiling consisting of arches and a rounded door opening. In Marrochino the windows are rounded at the top. The most striking element in the space is the fireplace. It is surrounded by a large black arch with orange cladding. On either side of the fireplace there are two statues and a dried pampas grass lamp hangs above the coffee table. These elements make for great conversation starters. 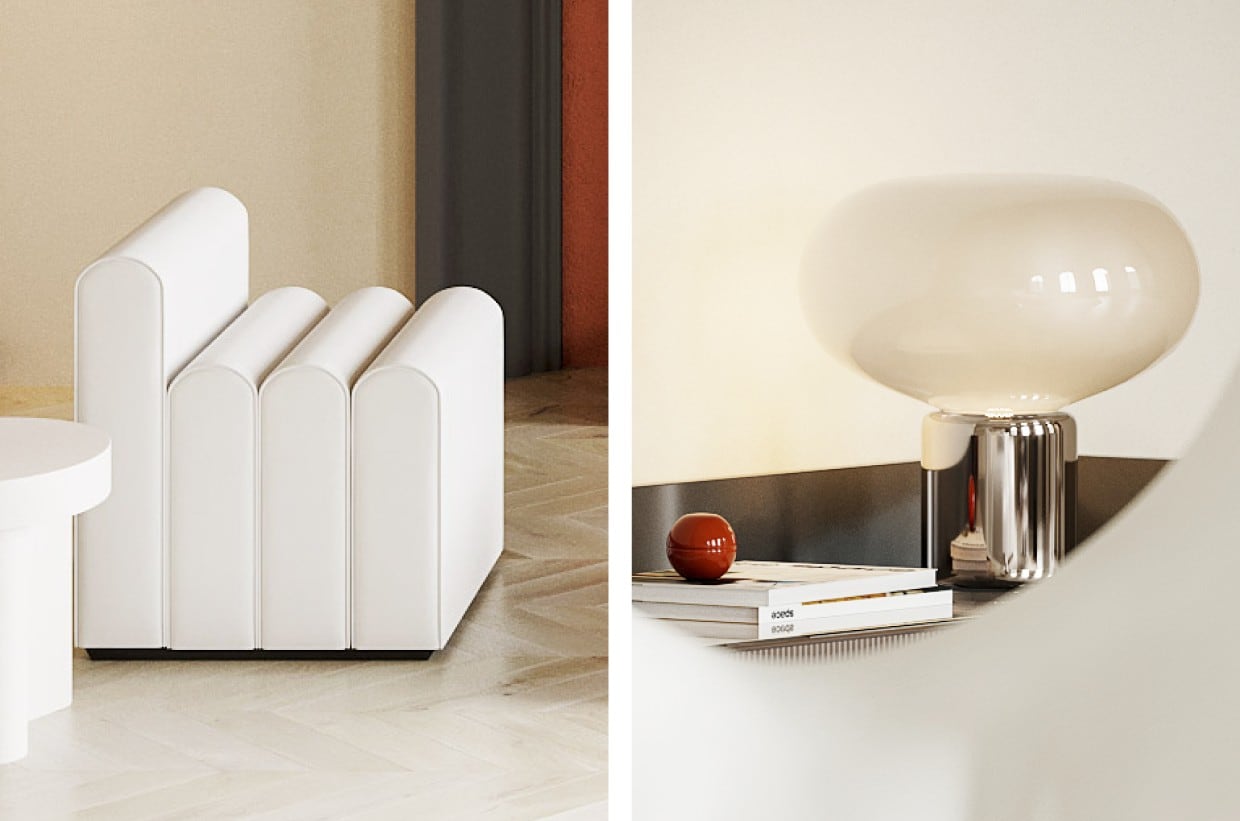 Ghaya makes his renders lifelike through the use of texture. In Marrochino, for example, he uses wool, cotton, linen and silk. These details add an incredible dimension to the computer-controlled images. Unlike Constanza and Potrezzo, Marrochino has no narrative. Ghaya mainly wanted to create a timeless, elegant home with a warm atmosphere. The modernity of Marrochino’s interior lies in the design classics that have been placed in it. Furniture such as the 'Morning Glory' lamp by Aqua Creations and the 'Pack' sofa by Francesco Binfaré for Edra. Ghaya proves for the third time around, his incredible talent for interior design and 3D visualisation.