Marble bathroom: for a masterpiece you have to take time

Tom De Meester and Tine Vliegen are not only life partners, but also business partners. Together they form the artistic duo behind the architectural firm De Meester Vliegen. In addition to the many interior and architectural projects for their clients, they also designed their own home. The spectacular bathroom was the last space they took care of and, in collaboration with Van Den Weghe, became a true chef d'oeuvre. 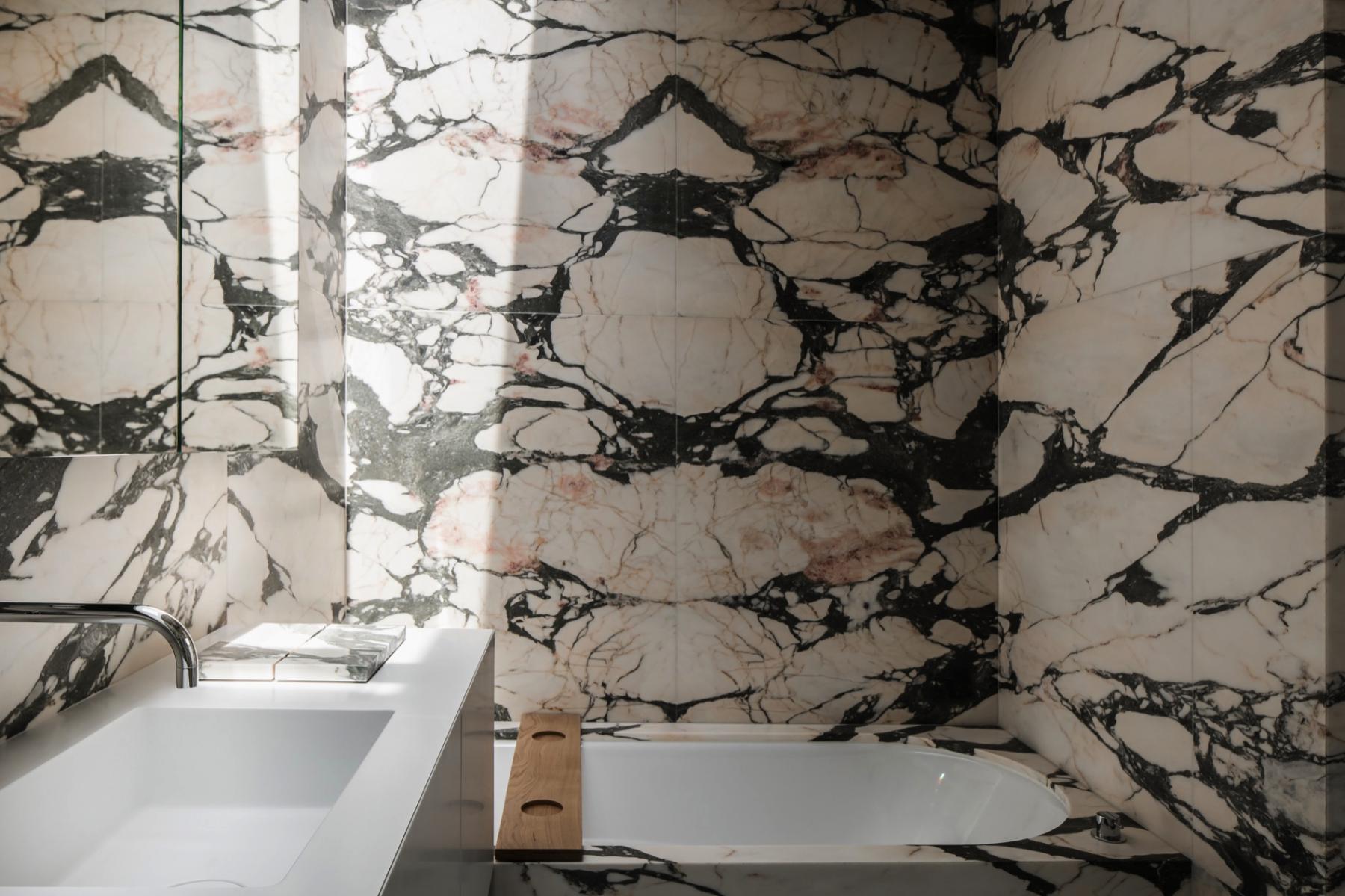 Twelve years ago, Tom De Meester accidentally discovered a remarkable building that had been for sale for more than a year. When he found out that the architect behind it was Jul De Roover, he was completely head over heels. "There was a lot of work to be done, but I immediately felt that the plan was well put together," says Tom. The building was built in 1952 and breathes the fifties; a style that the couple wanted to preserve anyway.

"When you enter the bathroom, you have the idea of standing in a stone block."

After ten years of renovation, the bathroom was the last chapter of the house to be finished. Tom and Tine did this in collaboration with natural stone company Van Den Weghe to get the most spectacular and visual effect. Since two months, they can enjoy the bathroom they really wanted. "We are supporters of the slow approach in several phases, where not everything has to be ready in one time," says Tine.

The couple kept the original space and the structure of the bathroom. The 8 square metre room was brought back to the shell and then rebuilt with the natural stone 'Rosaria dell Este'; a marble in double open book version and it had to cover the room as much as possible. The closets, the walls, the ceiling and the door are all made of this special stone. Because the bathroom is centrally located in the house, it has no windows. That is why Tom and Tine used a skylight that runs along the side wall over the entire width of the ceiling. When you enter the bathroom, you have the idea of standing in a stone block.

The complete bathroom project lasted eight months but did produce a masterpiece!

The Kaleihoeve - from cowshed to luxury holiday home