M3 House is a house that speaks for itself. The design by OLARQ (Osvaldo Luppi Architects) doesn't have to say much to be beautiful. This block-shaped house with a basement, a ground floor and a first floor radiates security and simplicity. 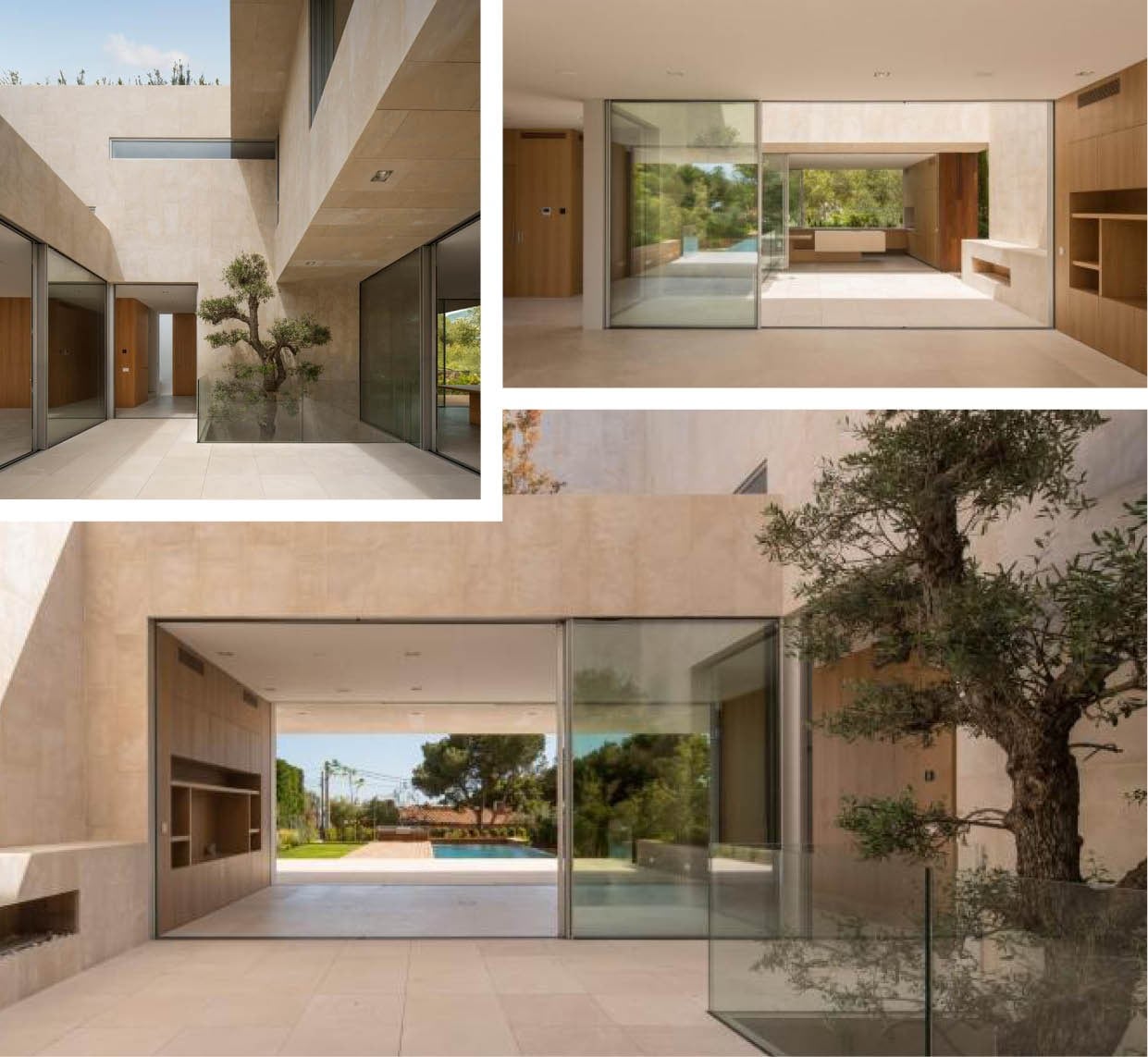 OLARQ is a Mallorcan architecture studio that designs projects with a strong personality. Projects like M3 House, a private residence in Bendinat. M3 House is designed with two specific goals: to offer privacy to the residents and to emphasise the view of the Mediterranean sea.

The same tiles are used inside as well as outside which enhances the continuity. 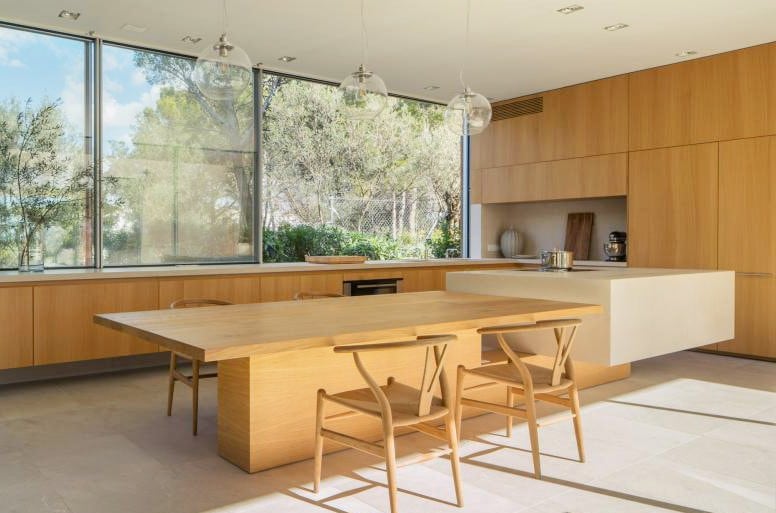 The facade of M3 House is clad with beige natural stone from Mallorca which makes the exterior look like Baleares, a project by OOAA Arquitectura which we previously wrote about. The compact volume of the building was opened by means of a courtyard. By strategically placing the windows, the architects open the view to the sea.

The narrow plot of land, the neighbouring houses and the orientation of M3 House determined the design. The courtyard is closed to the neighbouring houses but was kept open in the north-south direction so that one can look from the sea to the swimming pool. As a result, the kitchen, dining room and living room are located in one large space. The same tiles are used inside as well as outside which enhances the continuity. The interior is lined with brown wood. Striking elements are the simplistic shapes and the carefully designed incidence of light.

The materiality is simple and direct. M3 House is as it looks, no more and no less.

Simplicity in a historical context