The individuality of your surroundings can bring forth an unseen richness. Mesura’s Casa Nandini exemplifies how this can look in the case of Ibiza. By uniting local traditions with a modern reinterpretation, the studio created an inspiring building of an impressive size. 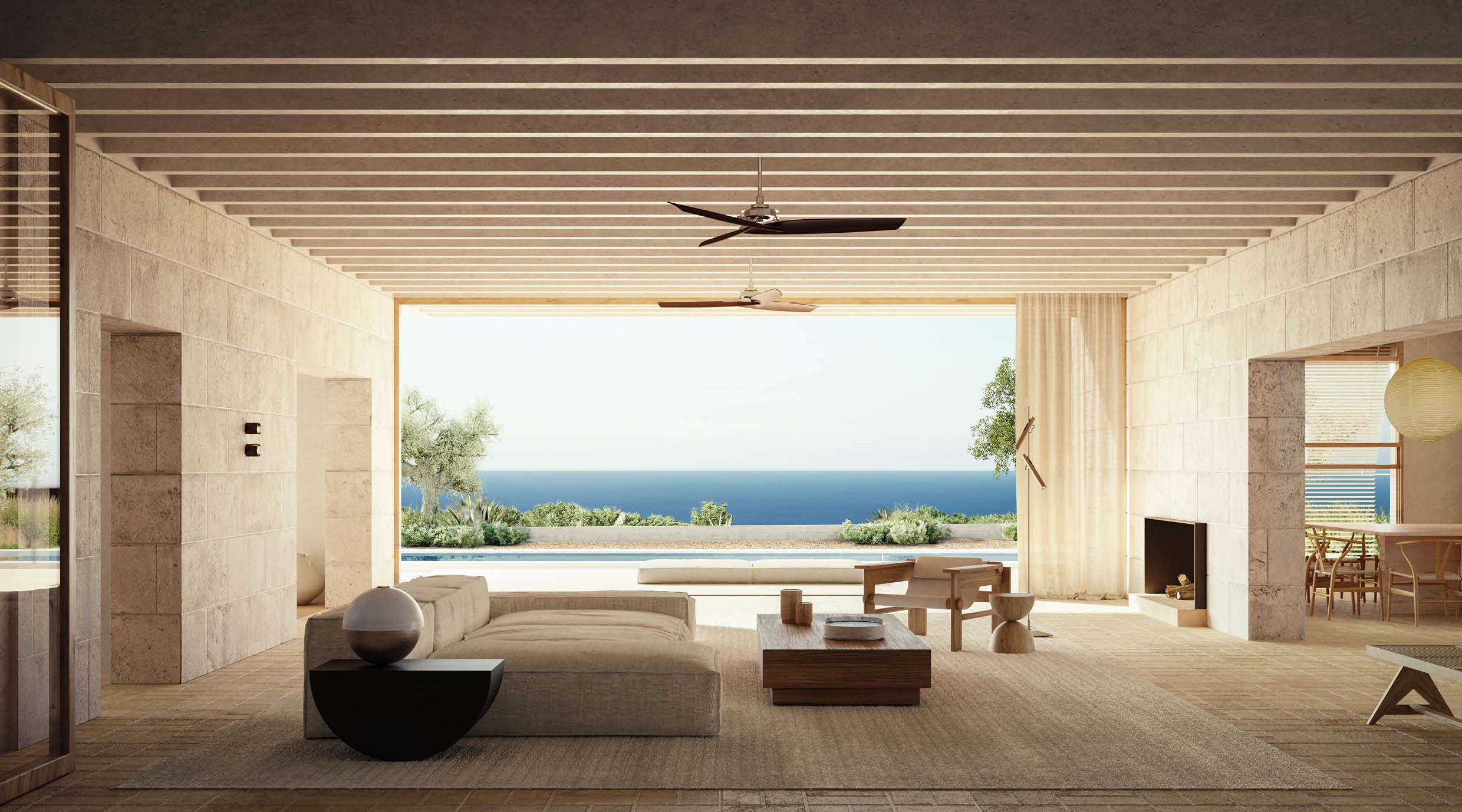 Genius loci, that is the term with which we refer to the unique identity of a place where historical, cultural, and artistic influences meet each other. The Spanish architecture firm Mesura decided to design a project in Ibiza from this point of view. By starting from local materials and sources, with their insights the team succeeded in honouring the traditional culture of the island with a building that simultaneously offers modern living comfort. During this process, they also paid attention to climate awareness and well-thought-out construction techniques. The Catalan architect Josep Lluís Sert was one of the first who tried to capture Ibiza’s genius loci when he immersed himself in the vernacular architecture. Most times, this is characterized by simple shapes, functional spaces, and sober materials. Efficient layouts and uncontaminated architectural lines form your living environment here, which usually contains many white shades.

The delicate constructions are strengthened by the simplicity of their shapes.

Mesura designed Casa Nandini initially as a structure consisting of two enormous volumes: a home on the one hand; a guest apartment and an art studio on the other. However, this construction would change later on; namely, it was decided to make the house more open and provide room for no less than three patios. In this way, outdoor and indoor were optimally connected to each other and Casa Nandini enjoys an organic sphere. At the same time, this new construction resulted in a visual depth and a welcome dynamic. The home is an inviting whole where residents can both withdraw in calm and be in contact with each other. Next to this, the design is truly a work of the ground upon which it rests. Mesura investigated Ibizan architecture and drew inspiration from local craftsmen. 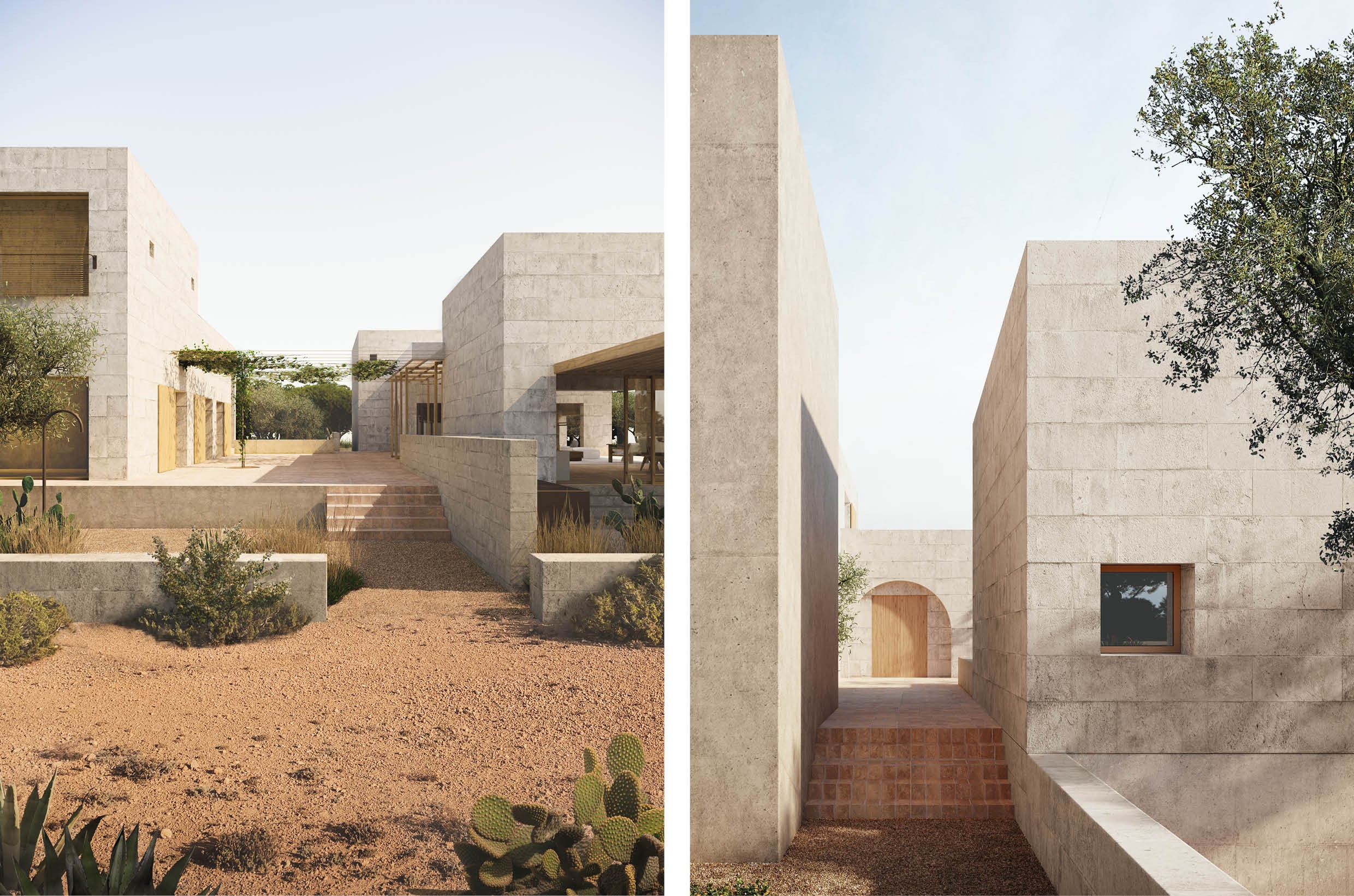 The final design consists of four parts: a living space, a family space, a guest apartment, and an art studio. With this layout, the studio was able to echo the Ibizan building tradition. Namely, on the island it is custom that a house has more than one or two volumes and, in this way, has an irregular construction. This has to do with adding spaces as the residents’ needs and wishes change. Casa Nandini allows this custom to shine through appropriately in the layout. Furthermore, the material palette also refers to local construction techniques. For example, the team used the local maré stone: a nice parallel with the tradition to use sources that can be picked up, as it were, from the ground. The Mediterranean character of the home completely emerges by transforming materials into a creation with a strong yet gentle identity in this well-considered and respectful way.

With Casa Nandini, Mesura honours Ibizan architecture. The delicate constructions are strengthened by the simplicity of their shapes and invite to explore this wonderful culture. By mixing contemporary interpretations with cultural charm, the studio designed a beautiful home with roots that reach back to a distant past.