A year ago, the Brussels architect Nicolas Schuybroek was asked to create a trade fair stand for Hullebusch for Interieur 2018 in Kortrijk. It had to become a sacred space where visitors could relax for a while and Imagicasa can personally confirm that they have succeeded in this aim. 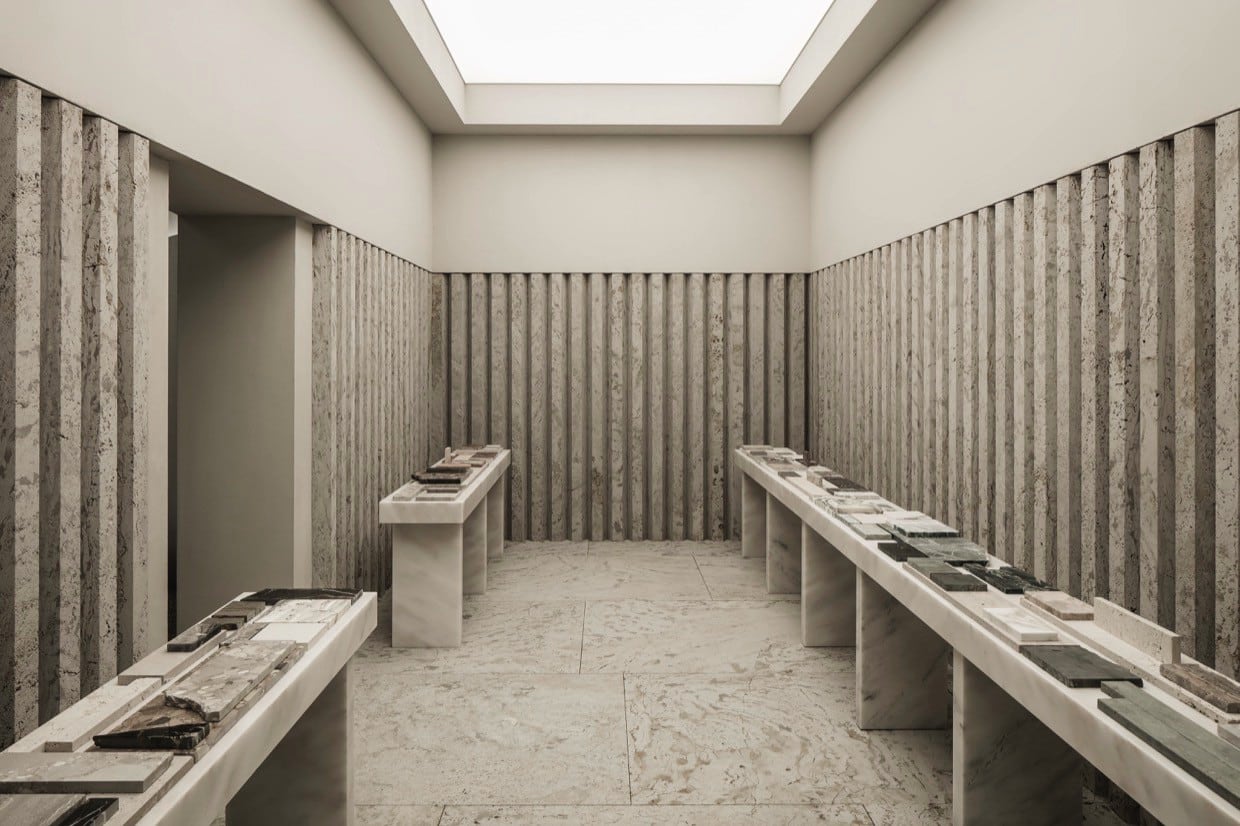 "Natural stone in itself is strong and does not need any extra frillings," says Sophie Bekaert of Hullebusch. Schuybroek was therefore the perfect partner for the Belgian natural stone manufacturer. The architect is known for his minimalist designs that radiate serenity and warmth. He was given carte blanche and in exchange Hullebusch was given a closed stand with one narrow opening. Schuybroek drew his inspiration mainly from classical temple architecture, which is immediately perceptible in the first part of the stand with the colonnade. The second dome-shaped room is a nod to the Pantheon in Rome. The central altar is a tribute to Brancusi's land art work 'The Table of Silence'. 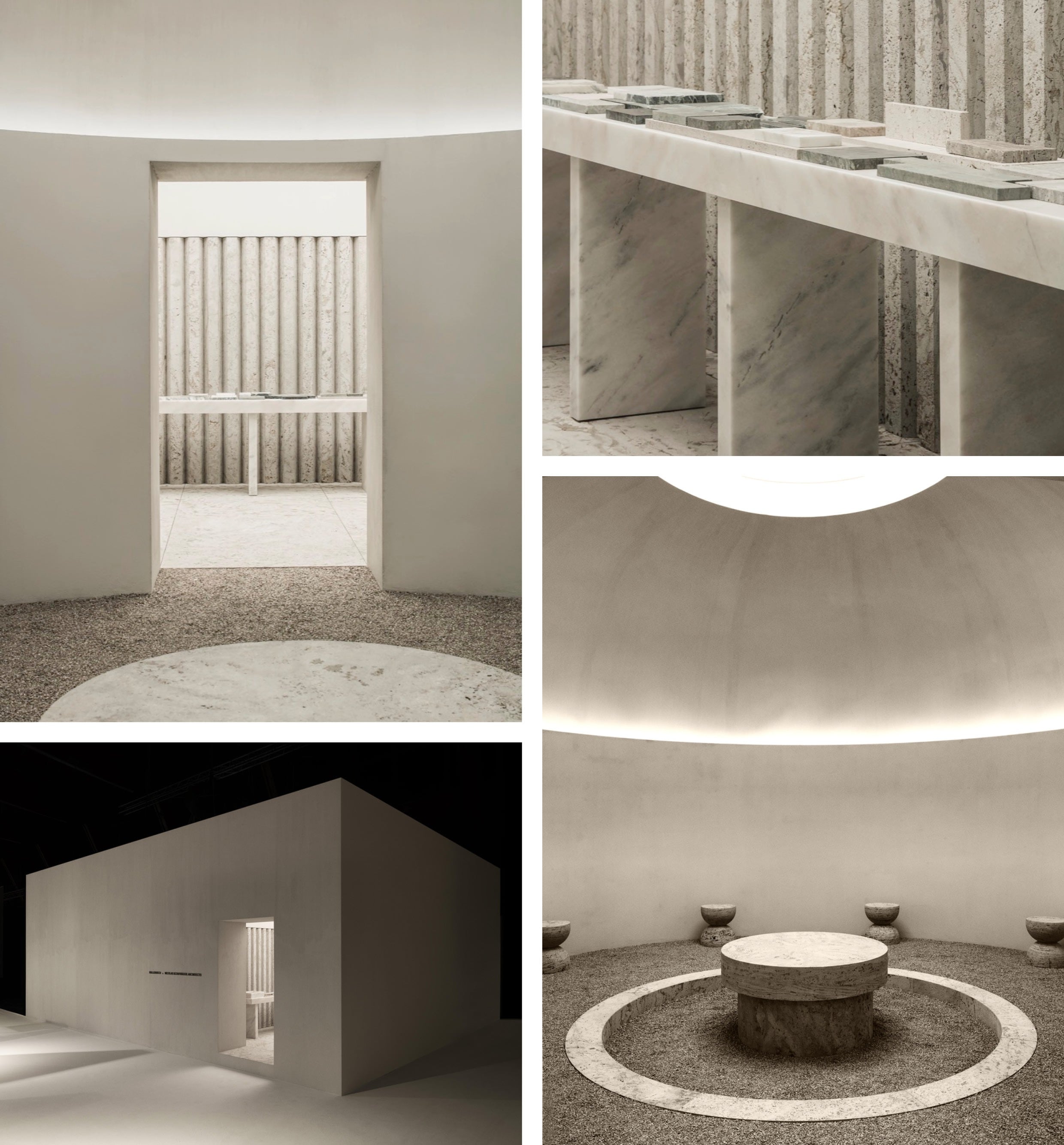 The stand was provided with a tensioned ceiling that ensured a soft and zenithal artificial light, the space literally closed itself off from the hectic exhibition environment. A welcome oasis of peace for visitors and exhibitors. The choice of stone also plays a major role, says Sophie Bekaert: "The natural stone that was central was a limestone that radiated something sacred through the typical Hullebusch finish 'agripa'. The stone xas slightly rough, but radiated softness through its warm colour and texture.

Are you looking for or in need of a relaxing space? Let this creation by Nicolas Schuybroek for Hullebusch be an inspiration and may these images give you a sense of calmness and relaxation!

All Images Courtesy of Nicolas Schuybroek