French interior designer Félix Millory was commissioned to redesign a Parisian pied-à-terre. Millory, who was given a free hand, decided to completely rearrange the apartment, without losing sight of the original Haussmann style. 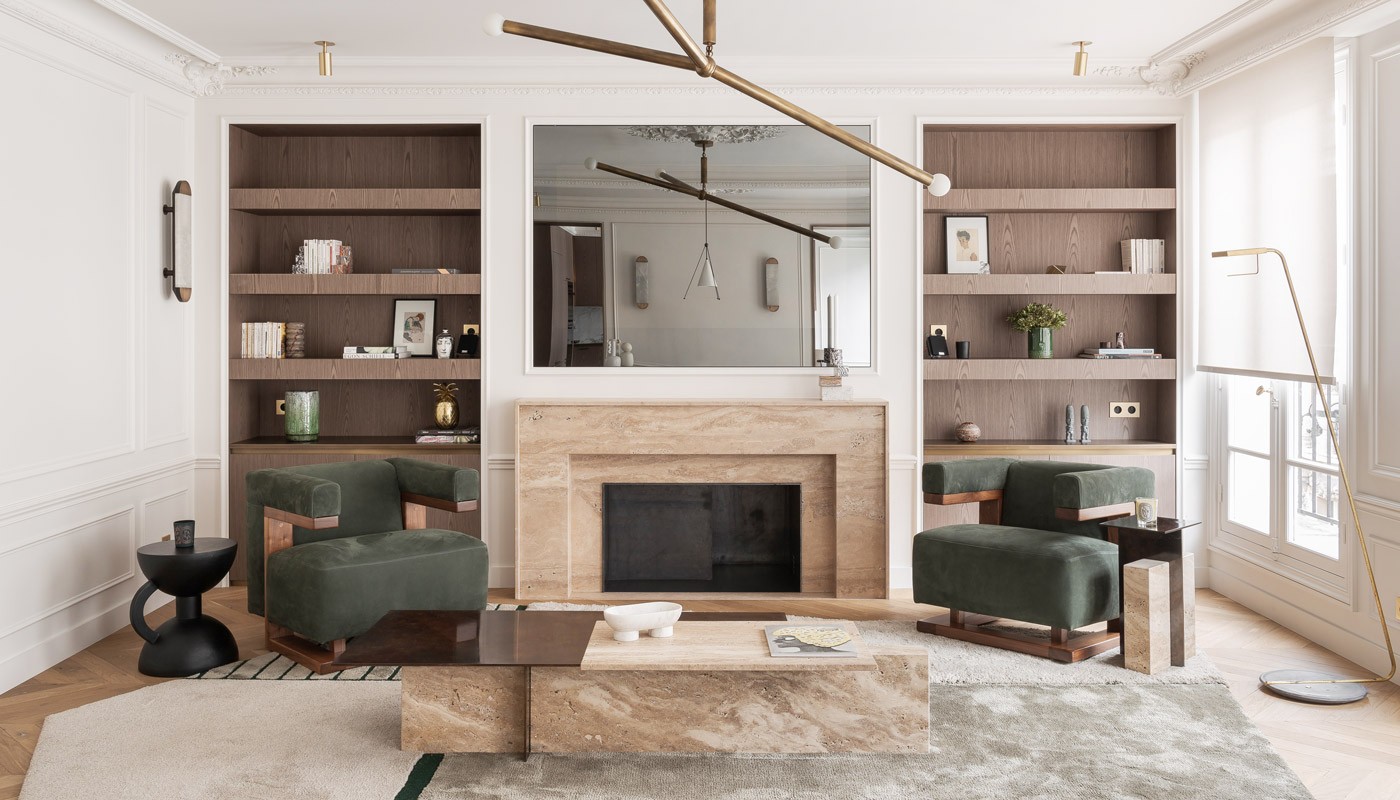 The client was a Canadian woman who regularly visited Paris with her husband and was now looking for a place of her own in the city. She found it in an apartment on the fifth floor of a classic Haussmann building from 1870, located in the lively second arrondissement.

Although there was a lot of potential in the flat, it still needed someone to bring it out. The owner enlisted the help of Parisian interior designer Félix Millory, a big name in renovating Parisian homes, to whom she entrusted the complete renovation. He started the renovation by completely rearranging the rooms. 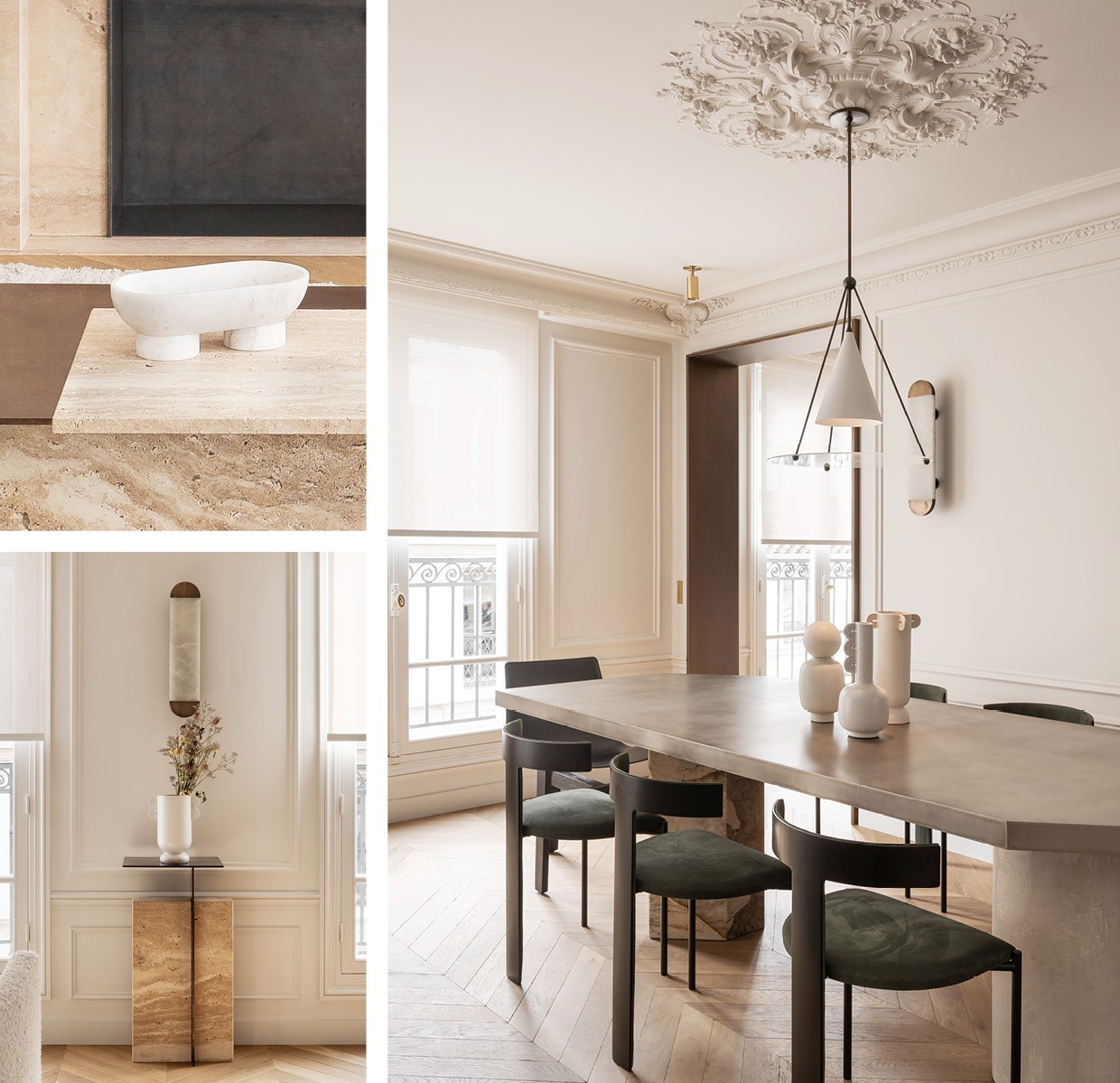 The kitchen was at the back, the bedrooms were very small, and the master bedroom did not have its own bathroom. Moreover, there was no parquet in the residence, something that should not be missing in a Haussmann apartment, according to Millory. He opened up the living space completely to let in as much natural light as possible. He also created two bedrooms, each with its own bathroom.

His choice of materials was based on functionality on the one hand – he opted for materials that are easy to maintain – and on his own preferences on the other. He had a preference for sturdy materials, such as wood, concrete and marble. Travertine also adorns the flat, for example in the fireplace, complemented by a few bronze and copper elements. 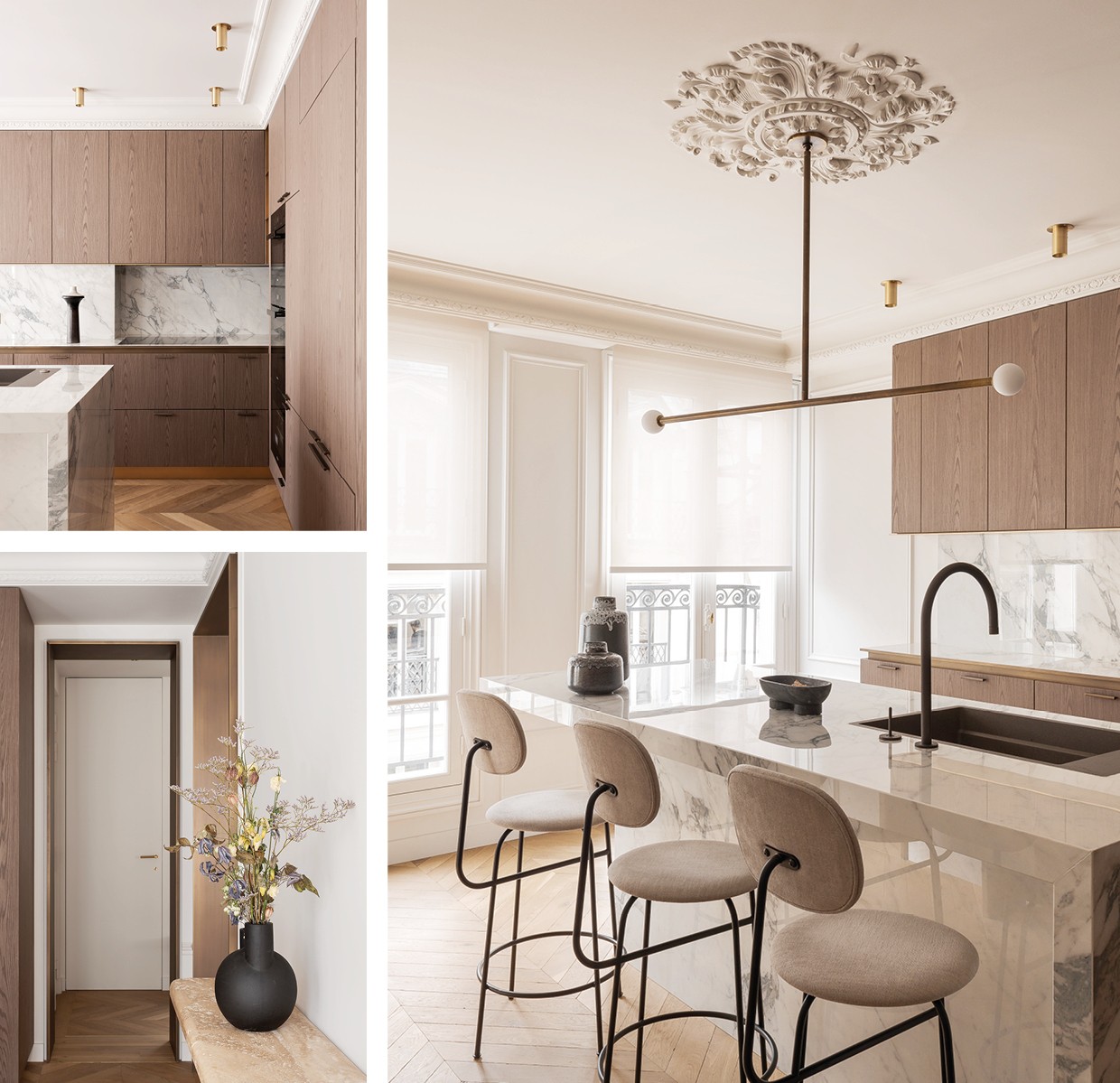 He kept the colour palette simple, with neutral tones predominating. In the living room, two dark green Tecta armchairs form beautiful accent elements, while at the same time they provide a contrast to the subdued palette and the oak parquet. The rest of the house is also adorned with beautiful design furniture pieces, including a hand-knotted carpet by Ferreira de Sá Rugs, a dining table and chairs by Baxter and a bed by Minotti. 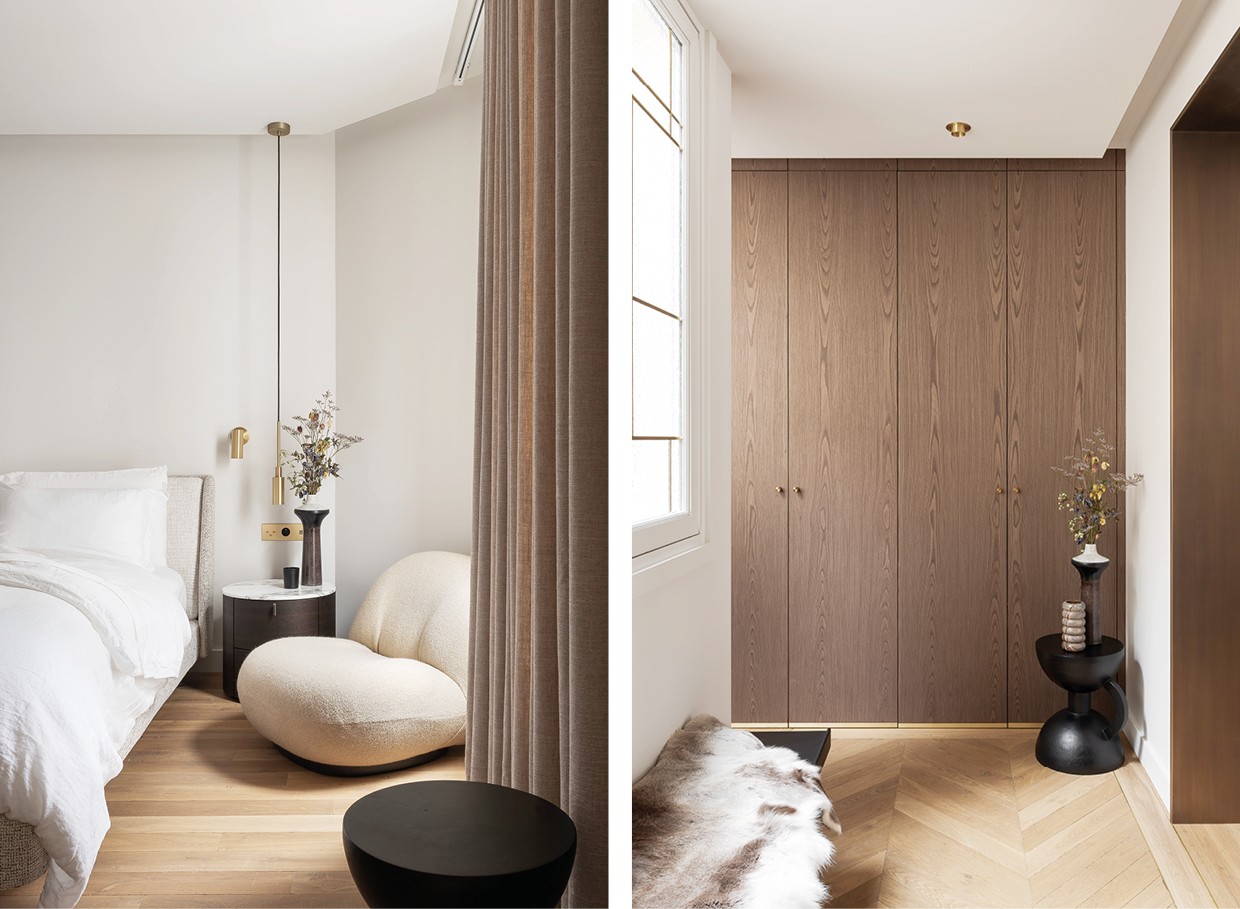