From an early age, Elisa Baran was a fan of Brutalism and rusticity. As she grew up, she learned more about sophistication, which she would eventually combine with the Brutalism she had admired since an early age. The combination of the two eventually became her design style. In her projects, she will often choose materials with a cooler colour palette, which she balances with warm upholstery and accessories. Rustic materials, such as brick, concrete or textured plaster, also often recur in her creations. We would now like to show you around one of these realisations. 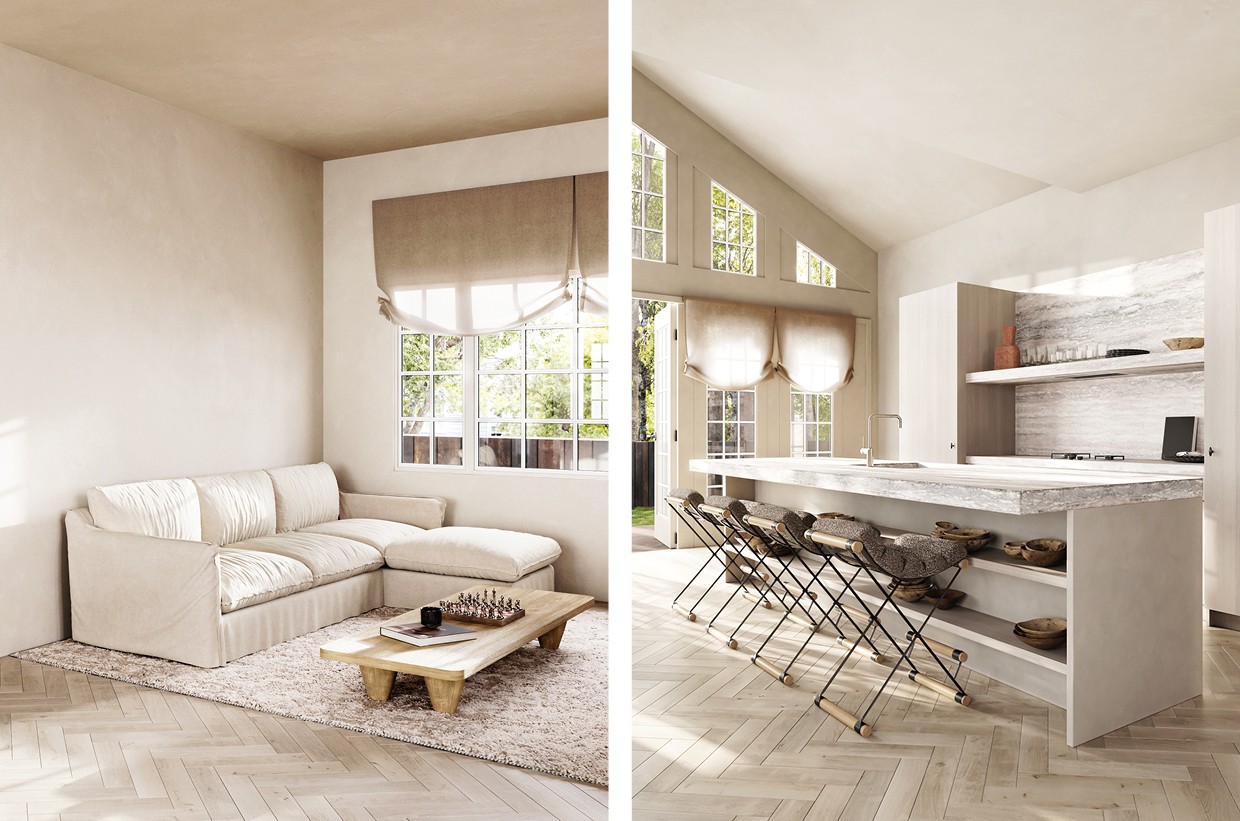 An interior that never fails to amaze.

Circle, designed by Elisa Baran and visualised by Klaudia Adamiak, was created for a unique single woman living in Long Island, New York. She wanted her home to be the opposite of the typical home of any Long Island resident. ‘On Long Island, you see a lot of standard residences with subway tiles or Carrara marble. It almost seems like they are made with the intention of buying and selling quickly,’ we hear from the designer. The client wanted a home she could be proud of, where she could easily work from home and where she could feel completely calm and relaxed. 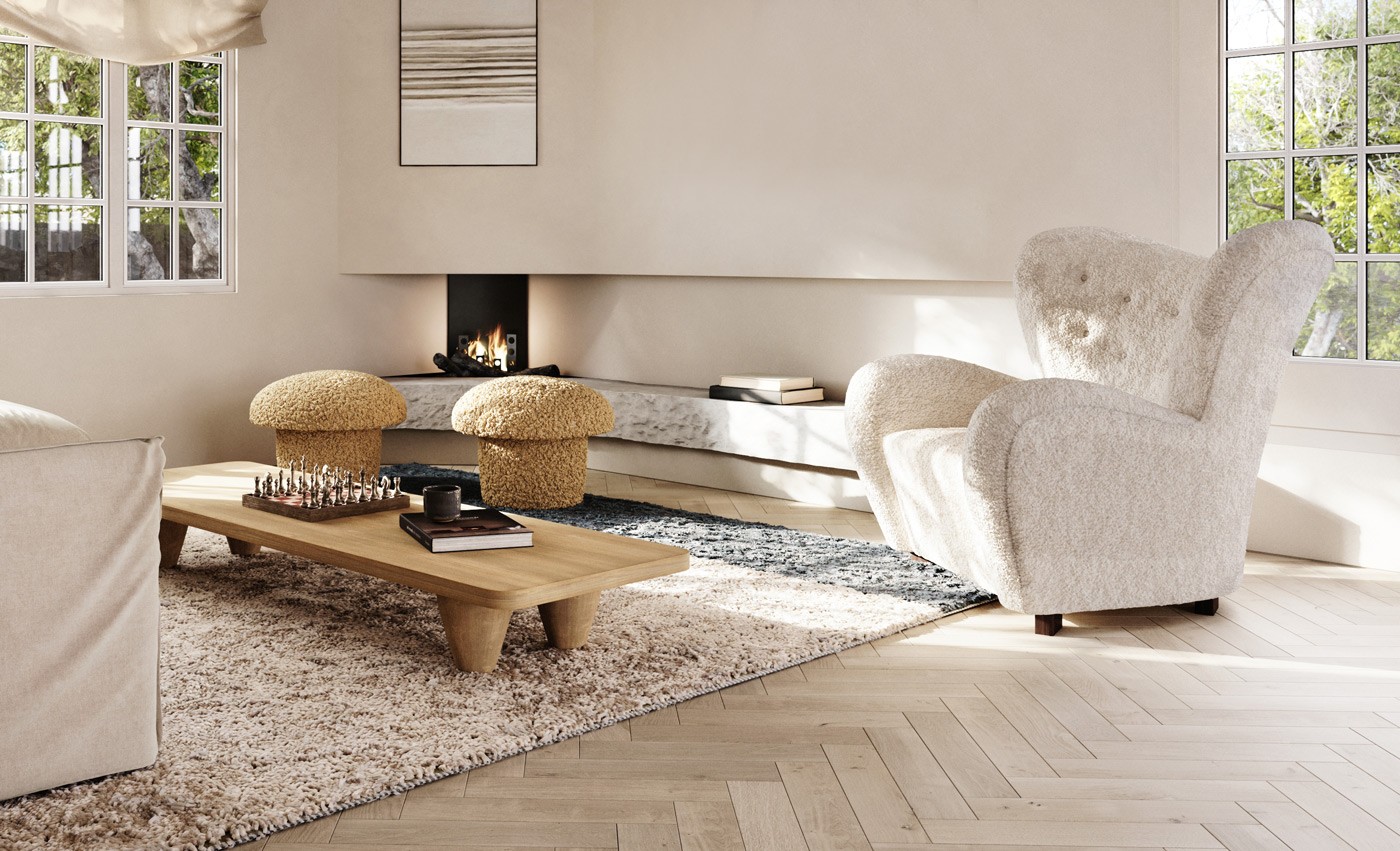 And that is exactly what Baran designed. Arched doorways, chalky white walls, carefully chosen furniture, objects sourced from all over the world and hand-picked stone slabs create an interior that never fails to amaze.

After finalising blueprints for the house, Klaudia Adamiak, a CGI artist based in Amsterdam, came to the rescue. ‘She understood my vision from the beginning and we rarely had a miscommunication about what needed to be visualised. A month of emails and the visualisation was ready so that my client could see her house before construction even started,’ concludes Elisa Baran. 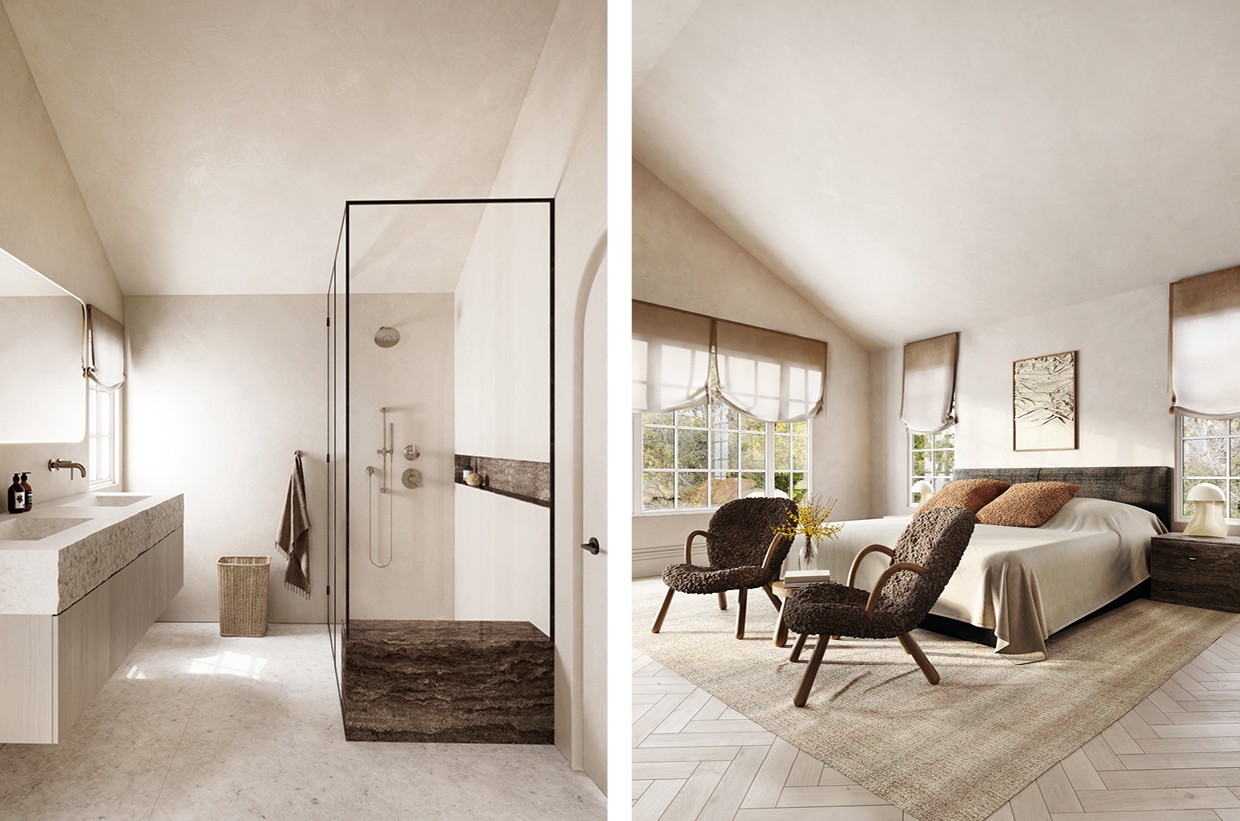