Topography is like the paper you write on; it influences your work from the beginning. Casa Aldama was built on the rough terrain in San Miguel de Allende, Mexico. It was the intention to reinterpret the existing layout of an old property, which meant an intense dynamic between this new project and the inspiration that the other house provided. 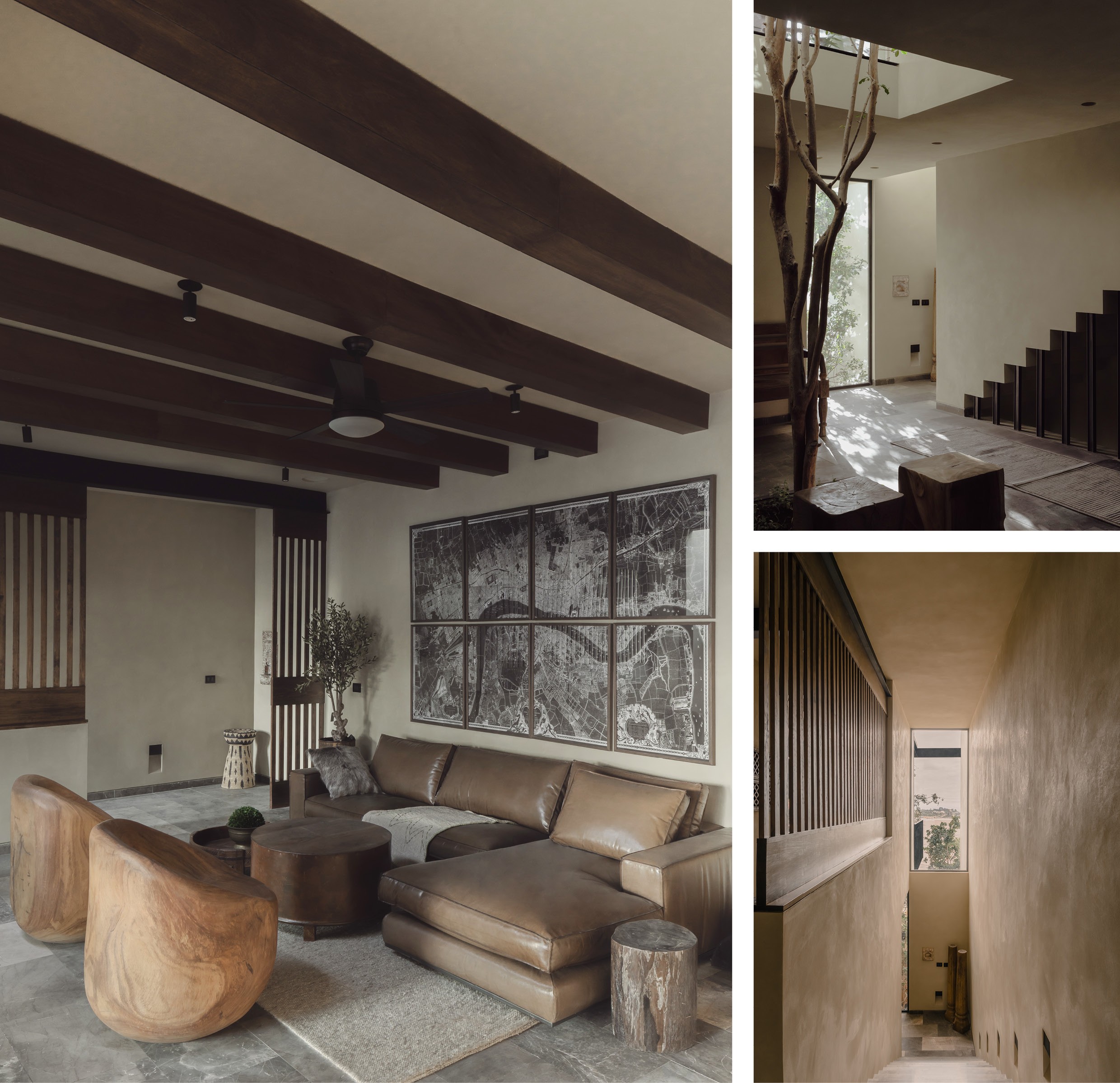 Building a home from the ground up takes a profound understanding of the environment, the possibilities, and the layout that you wish to develop. In this case, that happened in a place that came with quite some challenges, because the terrain was uneven and irregular. Estudio IPA, named after the founder Ian Pablo Amores, was this time on a mission to present a home that is the result of the local spatial possibilities. The landscape and its texture literally function as the basis for the design, together with the ground of a neighbouring, older home. By trying to understand the existing property on a deeper level, the team critically reflected on the new house that they wanted to create. The materialised lines of the older design enabled them to respond better to certain demands, both in terms of the spatiality and living. 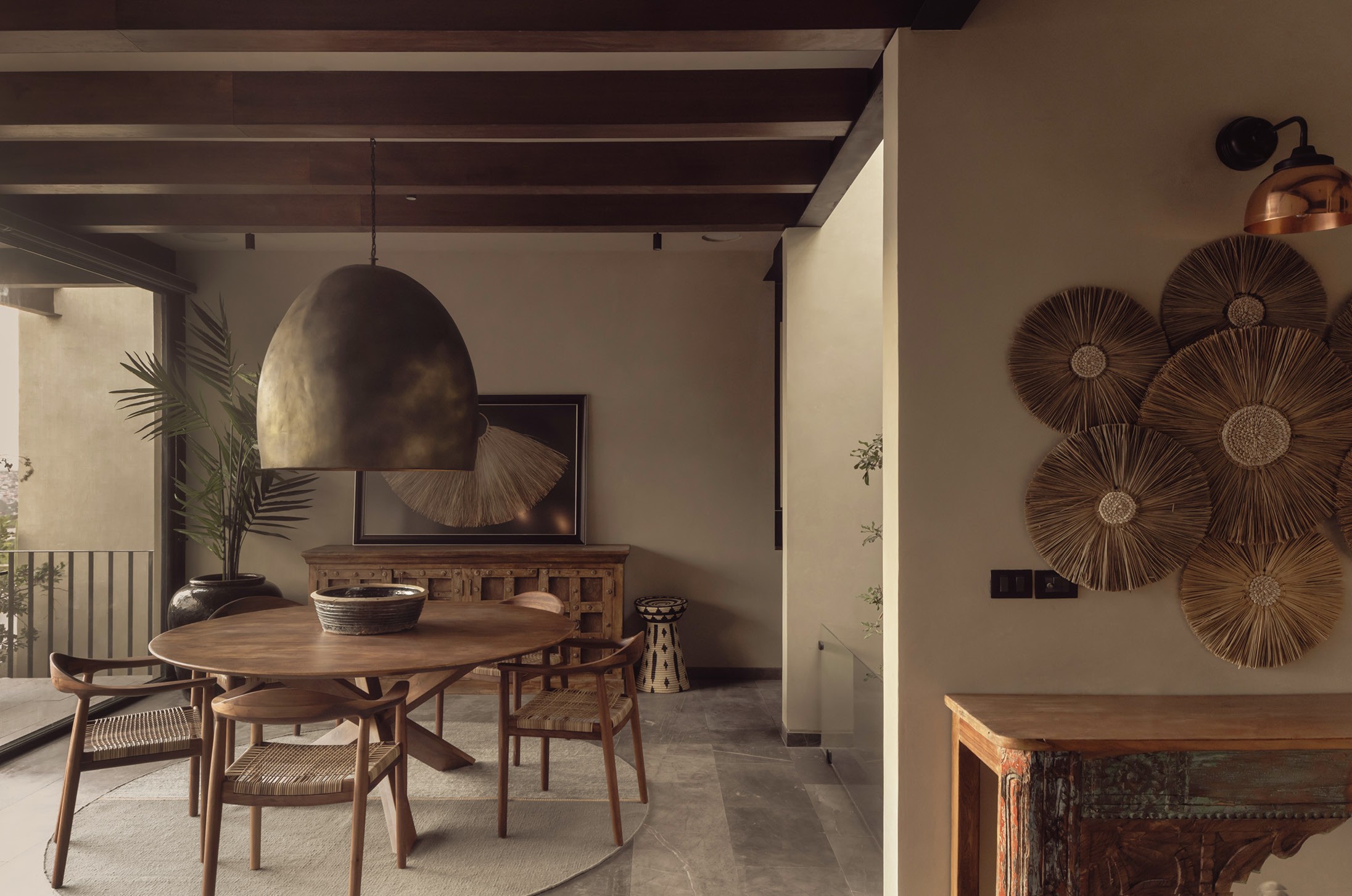 Spaces full of nuance and texture make you appreciate the narrow dimensions.

At the end, this led them to a mostly vertical construction that connects several atmospheres to each other. Namely, Casa Aldama consists of three different layers that were all given a clear function. The main floor showcases the natural profile of the terrain and is mostly used as a garage and storage space. Next, through a patio you arrive at the private area, which for the largest part exists of two bedrooms. On the second and upper floor there are social areas, such as the living and dining room, kitchen, study, and terrace. From start to finish, the studio designed the building with the importance of sunlight in mind. Even though the property is narrow and built on irregular domain, the residents do have many views towards the surroundings and a maximal light incidence. 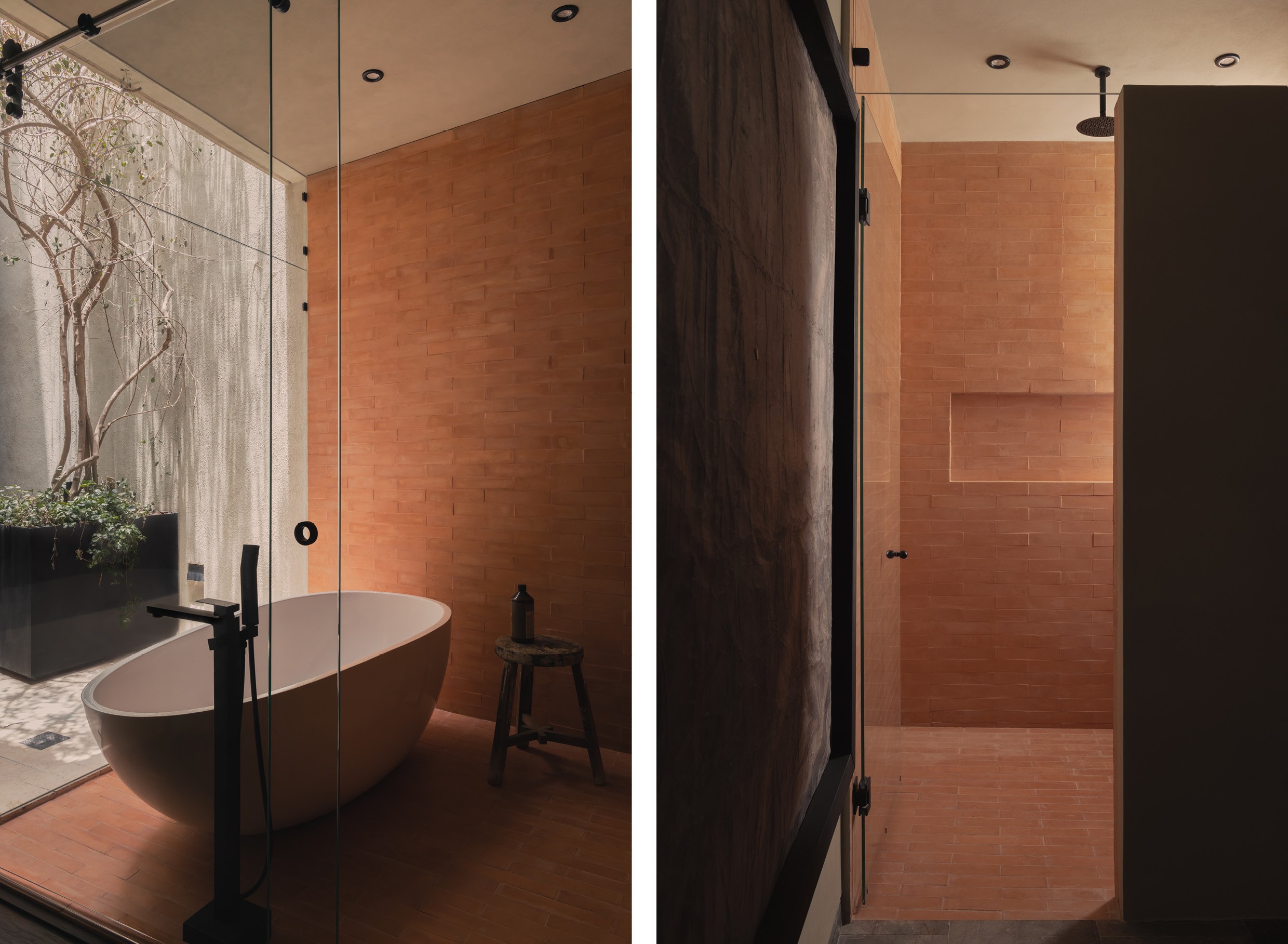 The interior was taken care of by NUMAH Studio. Clear and precise shapes are an absolute must for them, so you can trace these easily in the interior of the spaces. With a minimalistic approach, they try to transcend time and with their designs they appeal to their public while breaking culture and generation related differences. In this project, we see their vision in the organic shades of the rooms, among others. Rather darker colours, that always possess a calm neutrality, determine the palette. Spaces full of nuance and texture immediately make you appreciate the narrow dimensions of the building.

Aldama House in Mexico is truly a child of its surroundings. The parties involved succeeded in creating something together that takes the best of the untamed location and translates it into a home. In the future, we would like to see many more similar projects that treat their environments as a primary source of inspiration. 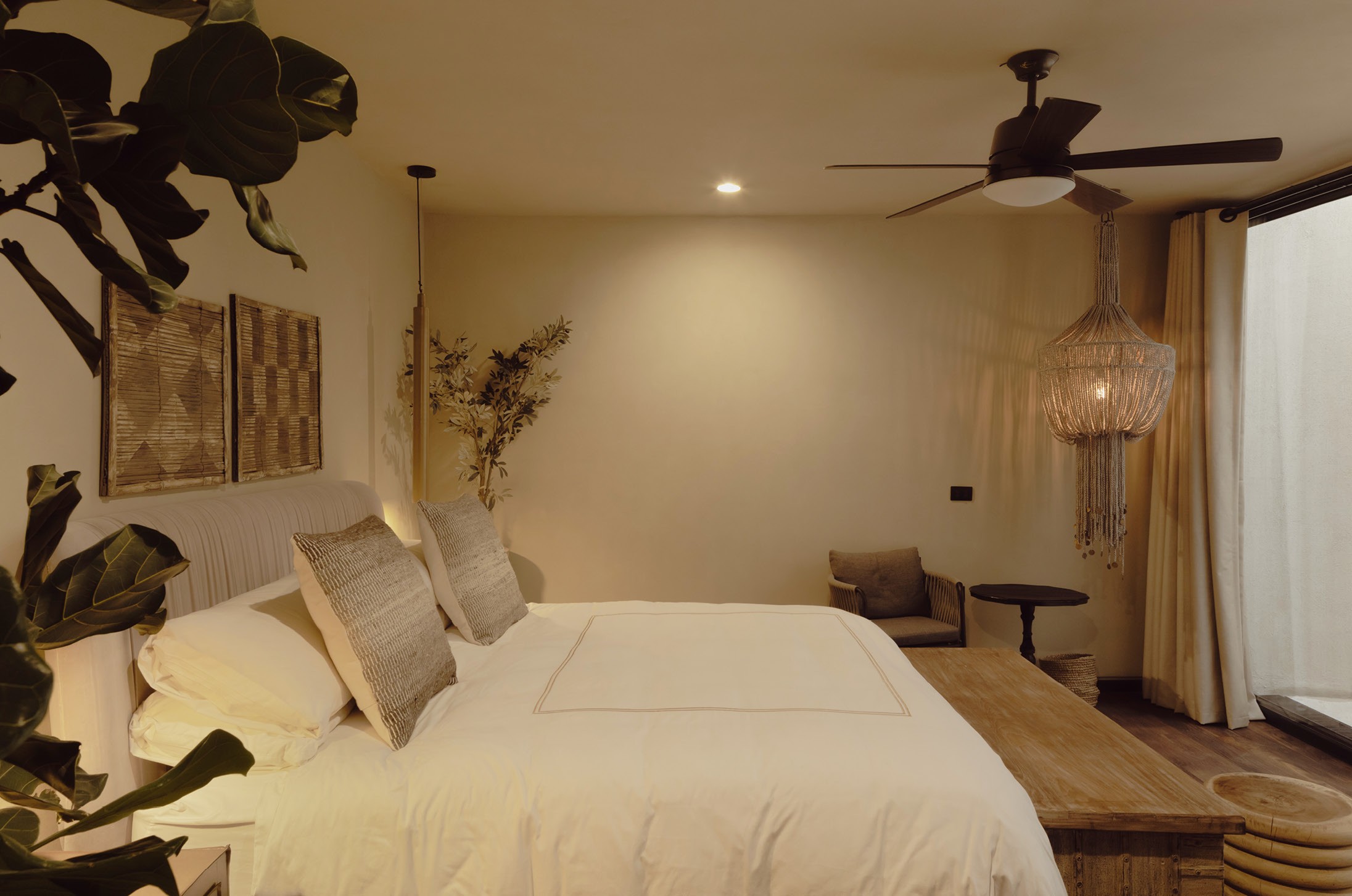