For the past five years Roman Plyus has worked as an interior designer for a Russian agency, but he is currently developing his own furniture collection. He already has big plans for it and we talked with the designer about his creations, what inspires him and what he still dreams about. 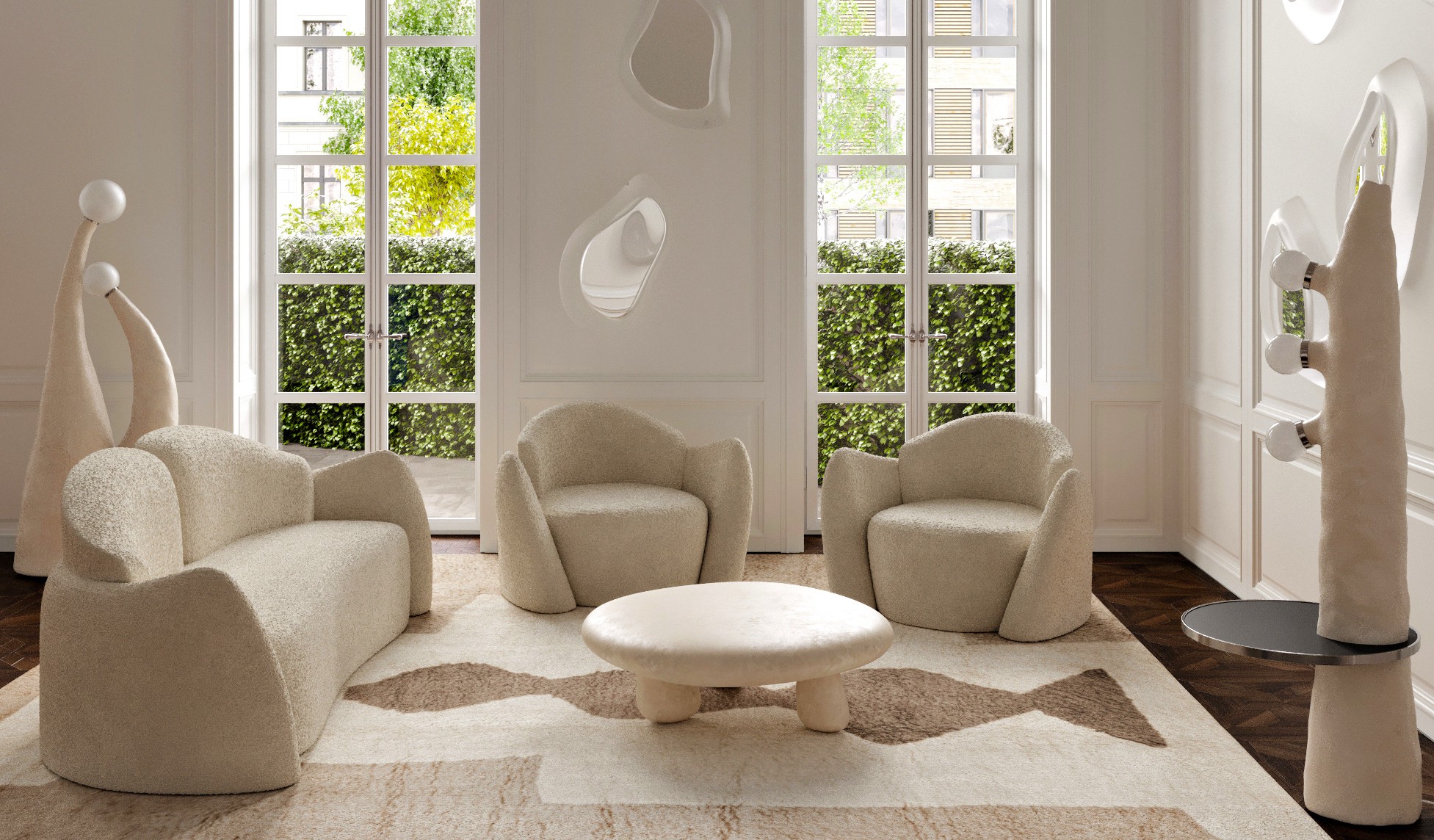 The Russian designer Roman Plyus obtained his degree in interior design in 2014 and has been working on projects in his home country and abroad ever since. However, his professional career could have gone in a completely different direction. Born in Kurgan, a relatively small town in south-western Siberia and on the Ural Mountains, and growing up before the internet had conquered the world, Plyus could not have imagined that becoming a designer was a real career choice he could make. So, he went for a promising education that would offer more certainty: the law. Fortunately, after a year, he realised that this was nothing for him and in 2010 he took the unique opportunity to visit the Indian abbeys in Delhi with a group of yogis. In the Sikh Gurudwara Gobind Sadan, Plyus spent the better part of a year ‘searching for the meaning of life and my place in this world’, as he describes it to us. Here, a spiritual teacher advised him to continue in the direction of design. This advice was immediately taken to heart by the young designer and we too can now enjoy the fact that he has remained true to this spiritual calling for the past eight years.

Biomorphic forms, natural colours and of course convey a lot of warm emotions.

Plyus now works as an interior designer and is also involved in graphic design on a freelance basis. Last year, he even decided to venture into the development of his own furniture collection and it is this that brought the designer on our radar. He told us the following about his choice to go in this direction: ‘At some point I just felt like I was ready to try something new. In fact, I did not even expect to get such a result and I was blow away by the amount of positive feedback (in only a short period of time, Plyus for example reached 20,000 followers on Instagram, where his inspirational images are often shared by other profiles as well, Ed.). A huge number of people wrote to me and it was just so amazing. In this way of communicating with fans, I found a new source of motivation.’ 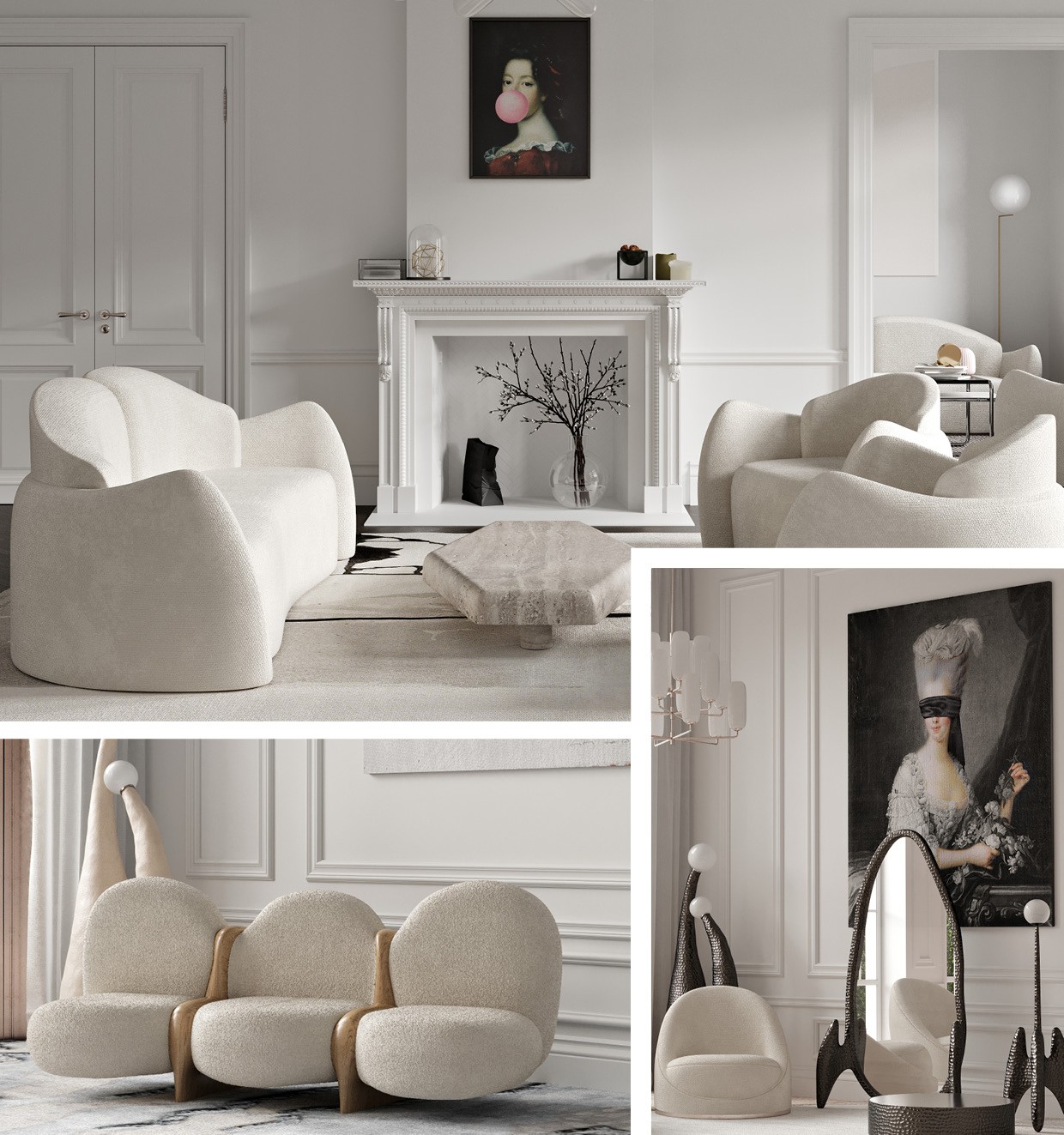 The furniture collection consists of contemporary designs, biomorphic forms, natural colours and of course convey a lot of warm emotions. The collection ‘Memories’, for example, reflects Plyus’ memories of a trip to the island of Santorini. The idea was based on the railings from the stairs that encircle the entire island. The same principles are based on the headboard of the bed and chairs, giving a sense of security and supporting the user. The lamps of the ‘Hug Collection’ and the items called ‘Unity’ are based on the recent global lockdown and accompanying social distancing rules that we know have to live by. ‘All this has led to the appearance of items popularizing unification and hugging. Simple human emotions, which sometimes we so lack these days,’ the designer explains. 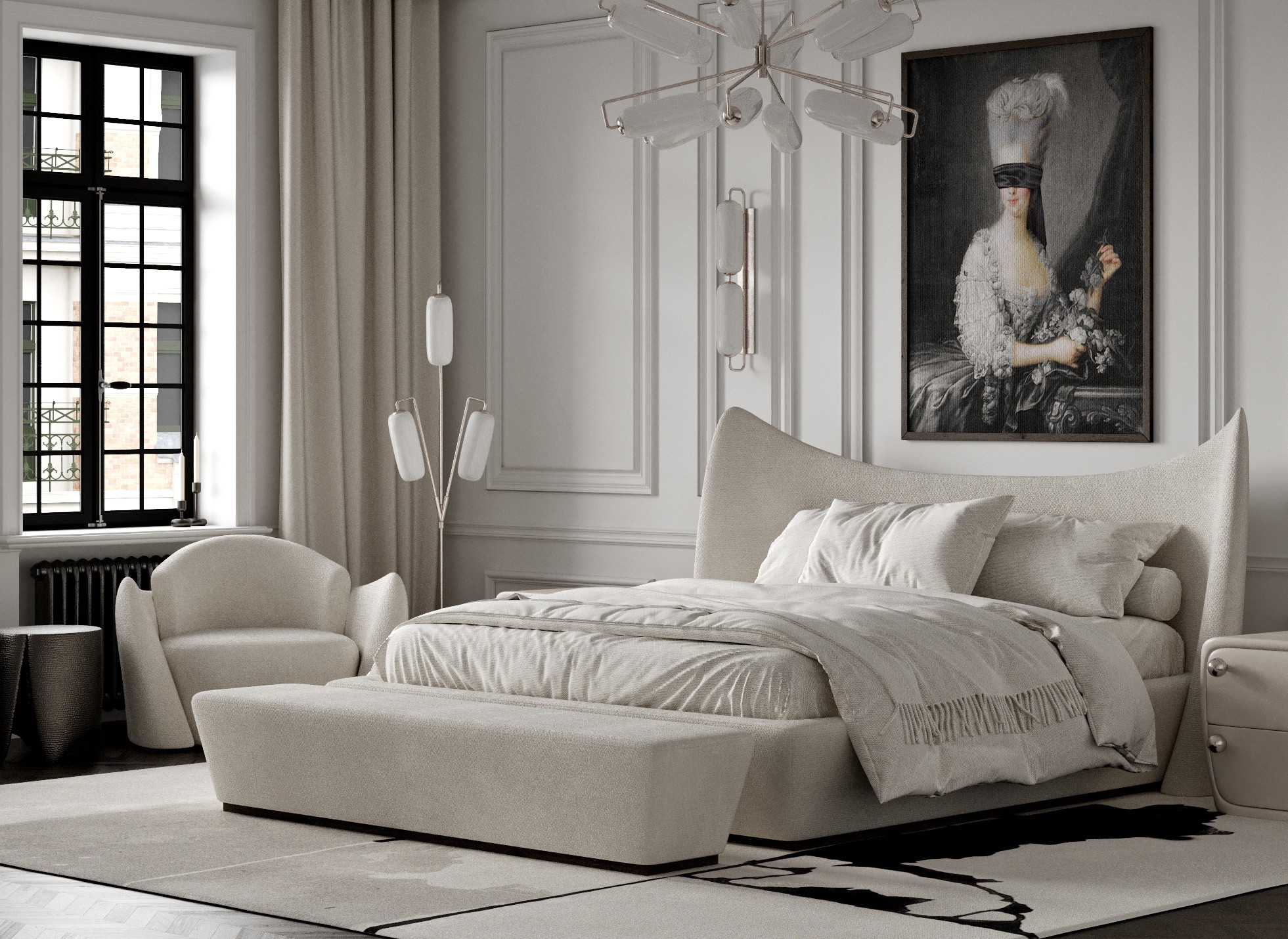 At the moment Roman Plyus is still busy developing his brand and collection. The fact that he only started designing furniture in 2019 cannot be deduced from his work, which immediately seems to be a hit. The presentation at Cosmoscow in September 2020 – for which a limited edition of some of the designs went into special production – was already a success and in the course of this year we can expect a lot of new items, the designer told us. So, keep an eye on this designer with us, because we will see a lot more of him in the months and years to come!

Natural family home by the lake