Cube-shaped renovation with a round twist

In one of the suburbs of Valencia there is a residence, dating from the beginning of this century. The Spanish team of Balzar Arquitectos renovated the house here, which resulted in a fruitful project. All the most important natural elements can be found in this renovation project.

Let’s start with the element 'air', represented by several beams of light that make their way to the end of the kitchen/dining area. Bathed in natural daylight, the built-in cupboards look like an a-symmetrical symmetry. Or is it the other way around?The black, solid kitchen table, which covers the spacious rectangular space like a monolith, gives even more strength to this whole. 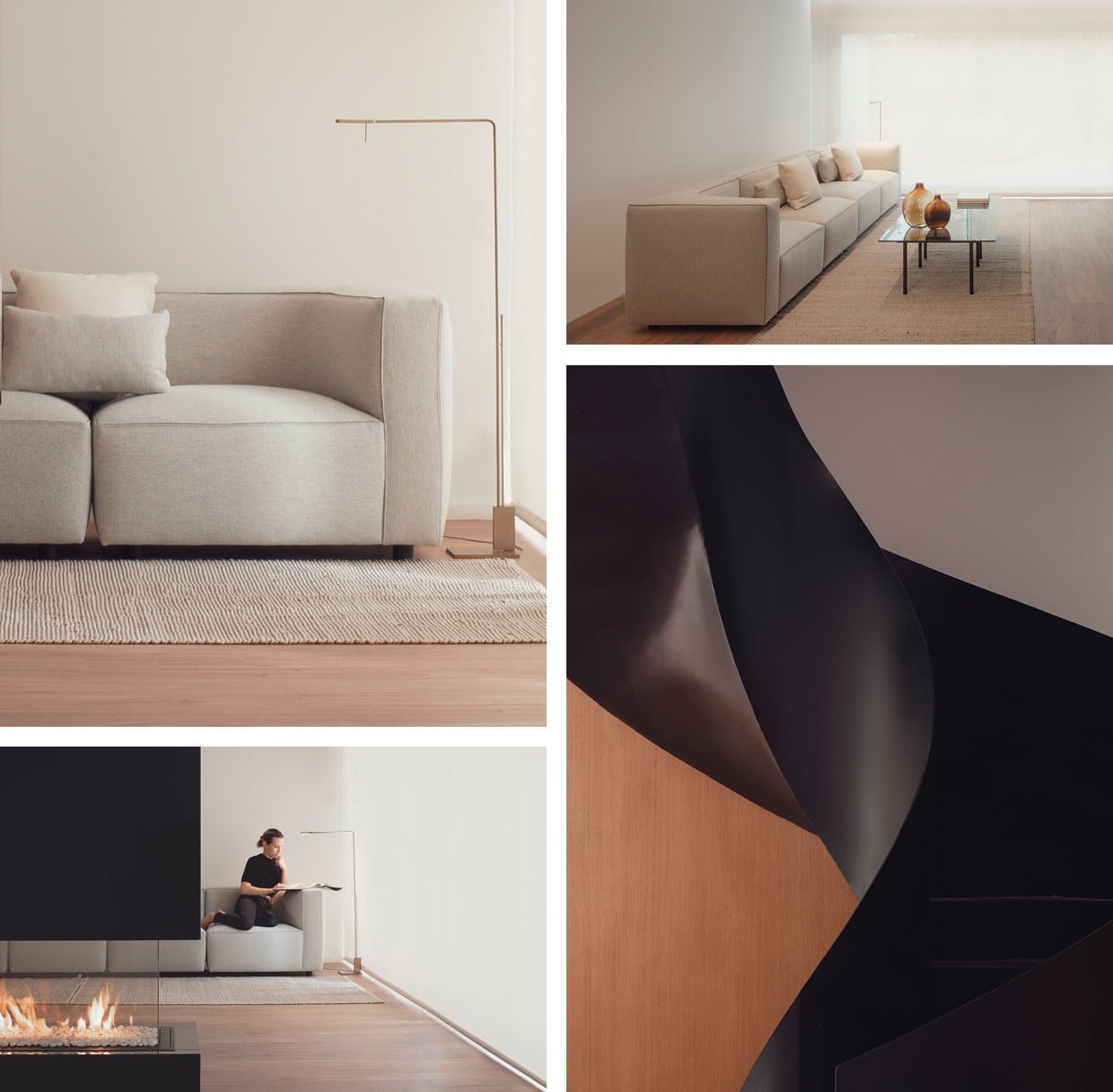 The element 'water' is symbolised by a cactus-shaped tap, thirsty on the simply designed kitchen island that also serves as a dining area.

The element 'fire' can be found in the integrated fireplace, but also in the jet-black, swirling, sloping staircase, which reminds one of an inexhaustible lava flow that cannot be stopped by anything. Or does the element 'water' take precedence here? By evoking images like the fish tail of an orca or another sea creature? 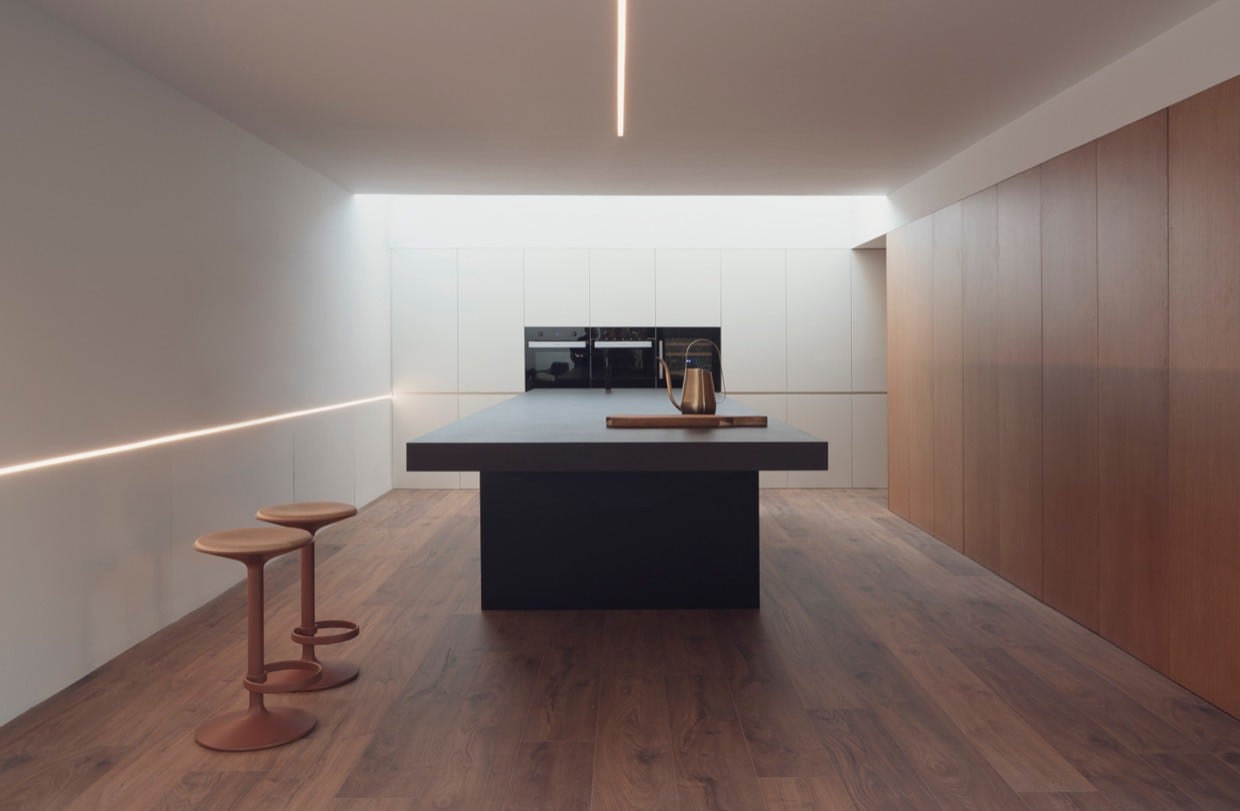 The last element, ‘earth', is reflected in the various wooden nuances that contribute to and provide a soothing aspect. The intended aim is a minimalist, yet playful atmosphere, which, apart from its effect on the total space, gives the feeling that art is central.

What this Valencian team of architects shows here is an example of daring and of vision. Especially the sculpted spiral staircase, in a predominantly cube-shaped interior, indicates that something angular can absolutely tolerate something round. Nature plus design clearly equals a fruitful project.