In this hotel in the South-Korean province Gyeongsangbuk-do, the traditional hanok is approached in a modern way. By also mimicking the impressive fog landscapes of the area, the team of Nomal obtained an interesting design that is the result of elaborate research. 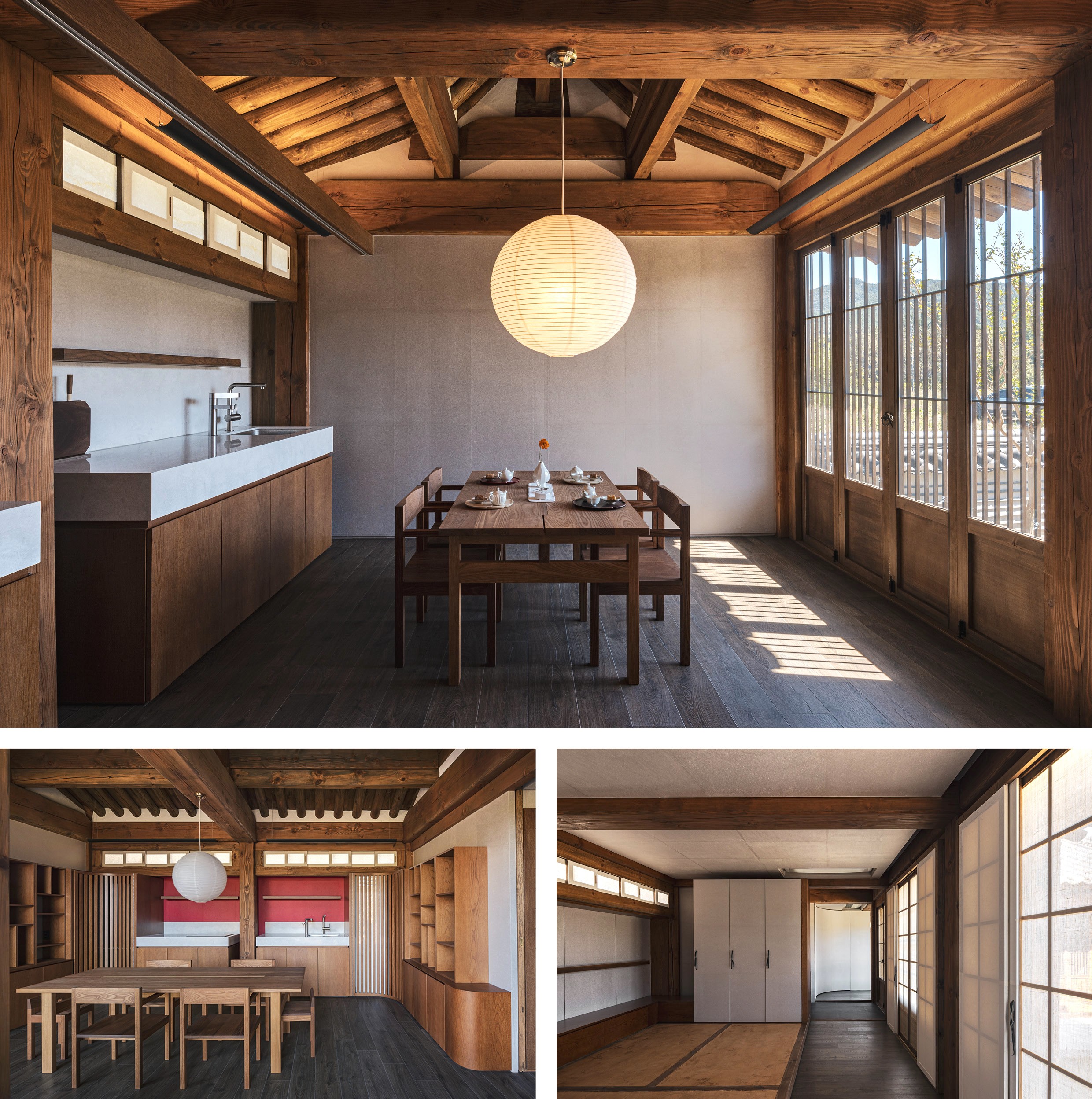 Muuun is a small hotel that consists of two separate residences. The name means as much as ‘the place where fog and clouds come together’, which is a clear reference to the area. The hotel is located close to Samreung, a forest known for its surrealistic misty landscapes. The experience there offers you a new perspective on things, which was also the aim in these homes. The Nomal team searched for a modern approach of traditional Korean hanoks. After extensive research, they developed an interesting concept that combines old and new.

As in traditional hanoks, we find two types of floors

The courtyard was formed by placing the two houses in an L-shape. The entrance is located on the south side, while the other parts overlook special parks or historical sites. Two elements ensure a special entrance. The first is a 45-degree curved entrance between the two hanoks. The massive facade also makes an immediate impression. In most hanoks, the facades are formed by doors, while here the facade looks more modern and offers enough privacy. The L-shaped houses meet in the middle corner and consist of a living room and a bedroom. The walls facing the outside are closed, with a few small windows at the top for ventilation, while the walls facing the courtyard have large windows. To avoid letting too much light into the bedrooms, an additional door was provided, which is made of Korean paper and hemp cloth. The opaque material also refers to the mist of the Samreung forest. 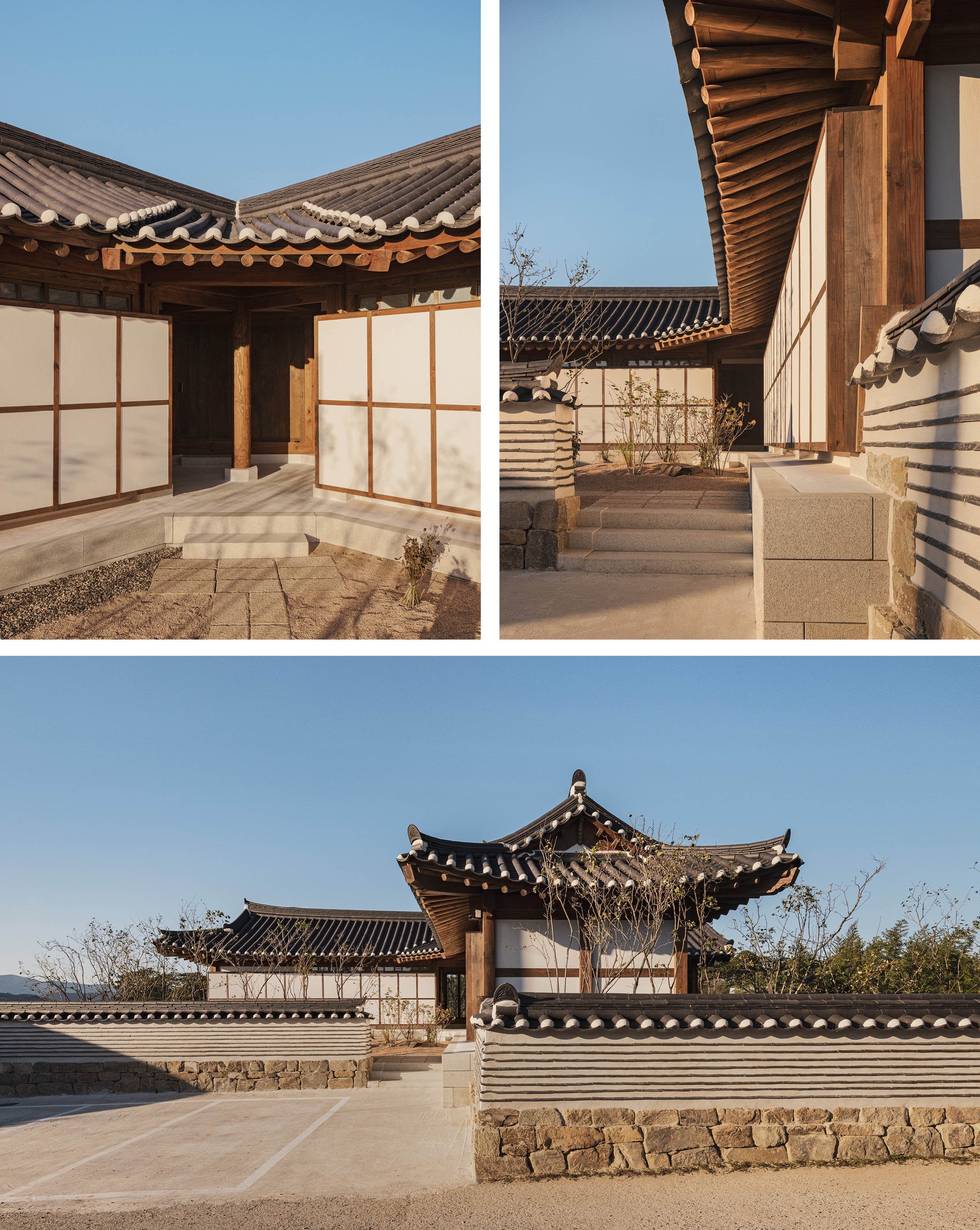 The bathrooms at the end of the houses have high ceilings and exposed wood structure. The doors can be opened to the outside, so you can take a bath while enjoying the fresh outdoor air. A fun fact is that the bath was inspired by the local myth of Park Hyukgeose. Furthermore, as in traditional hanoks, we find two types of floors. The living areas have wooden floors, while those in the bedrooms are made of clay plaster in one house and linoleum floor with bean oil in the other. Grey Korean paper was used for the walls and ceilings, while in traditional hanoks, white is usually chosen.

Those who visit Muuun find themselves in a contemporary version of an important Korean tradition. Here, guests enjoy ample comfort and nature, which is integrated into the interior.