Smriti Curtilage is an extraordinary luxury home designed by T.K. CHU Design Group. The project envisions a unique, contemporary vision of interior design that starts from ambition and drive. On top of that, the designers integrate the symbolic meaning of the adjacent Couple's Retreat Garden which is recognised by Unesco as a World Heritage Site. 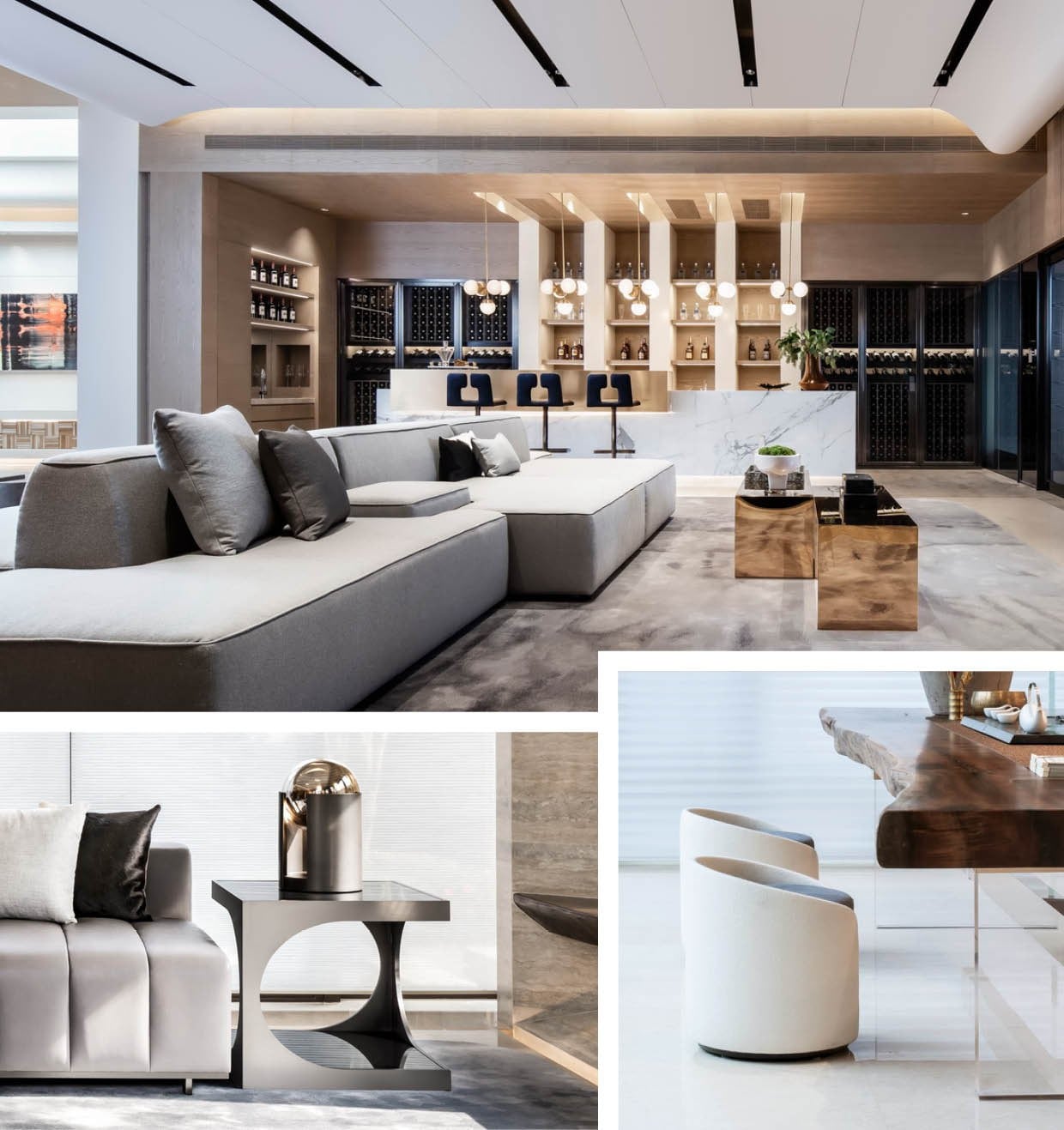 T.K. CHU Design Group is an interior design studio in Taipei, Beijing and Shanghai led by renowned interior architect T.K. Chu. This project was a collaboration between the aforementioned studio and Yanlord Land, a real estate developer from Singapore. The property is located in Suzhou in Jiangsu province near a unique courtyard that inspired the designers to base Smriti Curtilage on the notion of 'coupling'. These words refer to connection, couple or duality. T.K. CHU Design uses this symbolism as a narrative for the design of the house.

‘Coupling’ is about connection but also about distinction. 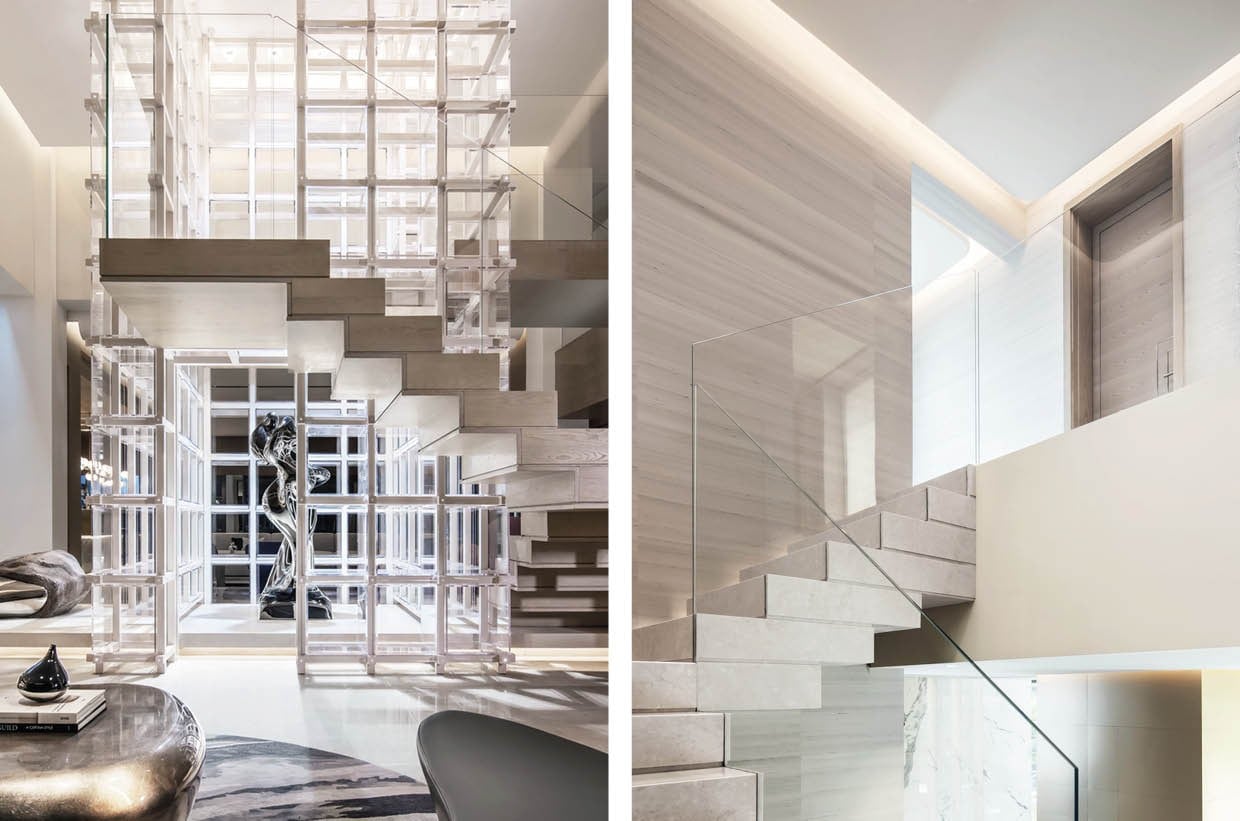 Smriti Curtilage also features a courtyard, which was designed as a zen garden with a pond. The designers want to bring the garden inside as much as possible through direct access with floor-to-ceiling glass sliding doors. T.K.CHU Design plays with the coupling of a modern style and a Chinese traditional style. By combining shiny sculptures and bright fluorescent lights with a traditional tea set and zen garden, an exciting discourse between the objects originates.

The combination of modernity and tradition does not always have a coherent result. This is also what the designers are looking for. Coupling is, after all, about connection but also about distinction that becomes visible to the naked eye. Smriti Curtilage initially seems to have been designed with a sense of elegance and luxury, but there is much more behind the shiny, bright spaces and interior objects. If you look closely you can read the story that T.K. CHU Design is trying to tell.