A collaboration between designers Charlotte Taylor and Nicholas Préaud resulted in the beautiful Casa Atibaia, a dreamy, ethereal villa made entirely of glass, surrounded by lush vegetation that celebrates and honours Brazilian Modernism.

It is the first time that Charlotte Taylor, founder of Maison de Sable, and Nicholas Préaud, founder of ni.acki, combined their talents. Their first collaboration immediately led to a stunner of a project: Casa Atibaia. The villa is a tribute to Brazilian modernism and was inspired by Lina Bo Bardi's Casa de Vidro. ‘Having lived and studied architecture in Brazil, I was overwhelmed by the presence and national pride around Modernist jewels such as Casa de Vidro or Casa das Canoas by Oscar Niemeyer,’ Préaud told Dezeen. ‘These homes have become landmarks not only for their style and modern construction methods at the time, but also because of the simplicity of the lifestyle they implemented.’ Lina Bo Bari has always been a great inspiration to Taylor's career and when she heard that Nicholas Préaud had an equal passion and enthusiasm for Brazilian Modernism, she knew they would be a perfect match. 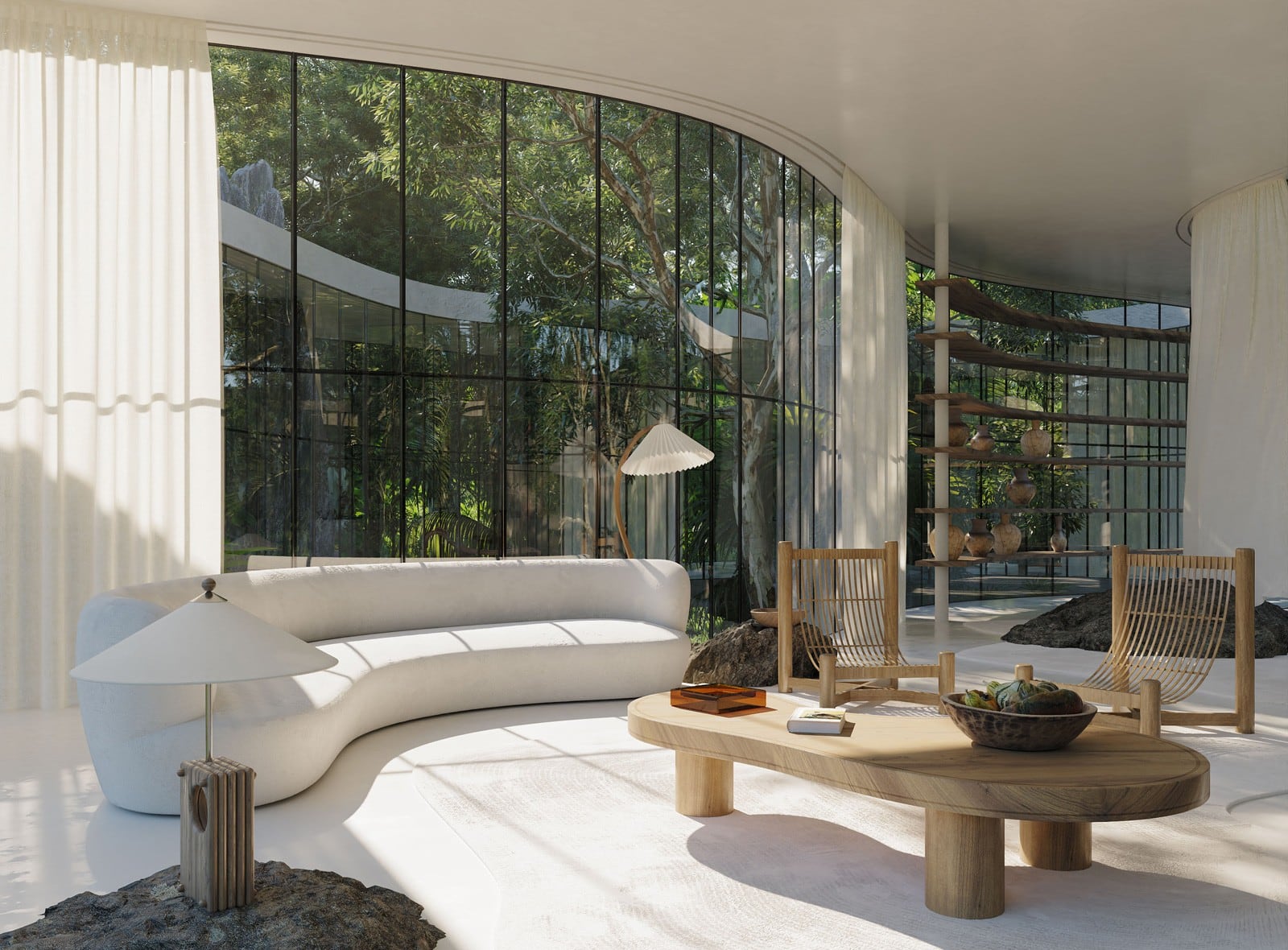 The residence is located on the Atibaia River in São Paulo in beautiful green surroundings. . 'It is a home that inhabits the forest by coexisting around and in-between the landscape rather than imposing on nature,’ the designers say. ‘For us Brazilian modernism is all about living inside with the illusion of being outside, the purity and elegance of ramps and staircases gently swirling around in a contemplative nature with a lightness of glass façades.’ The concept combines a light and delicate refinement with a more primitive and brutal aspect. 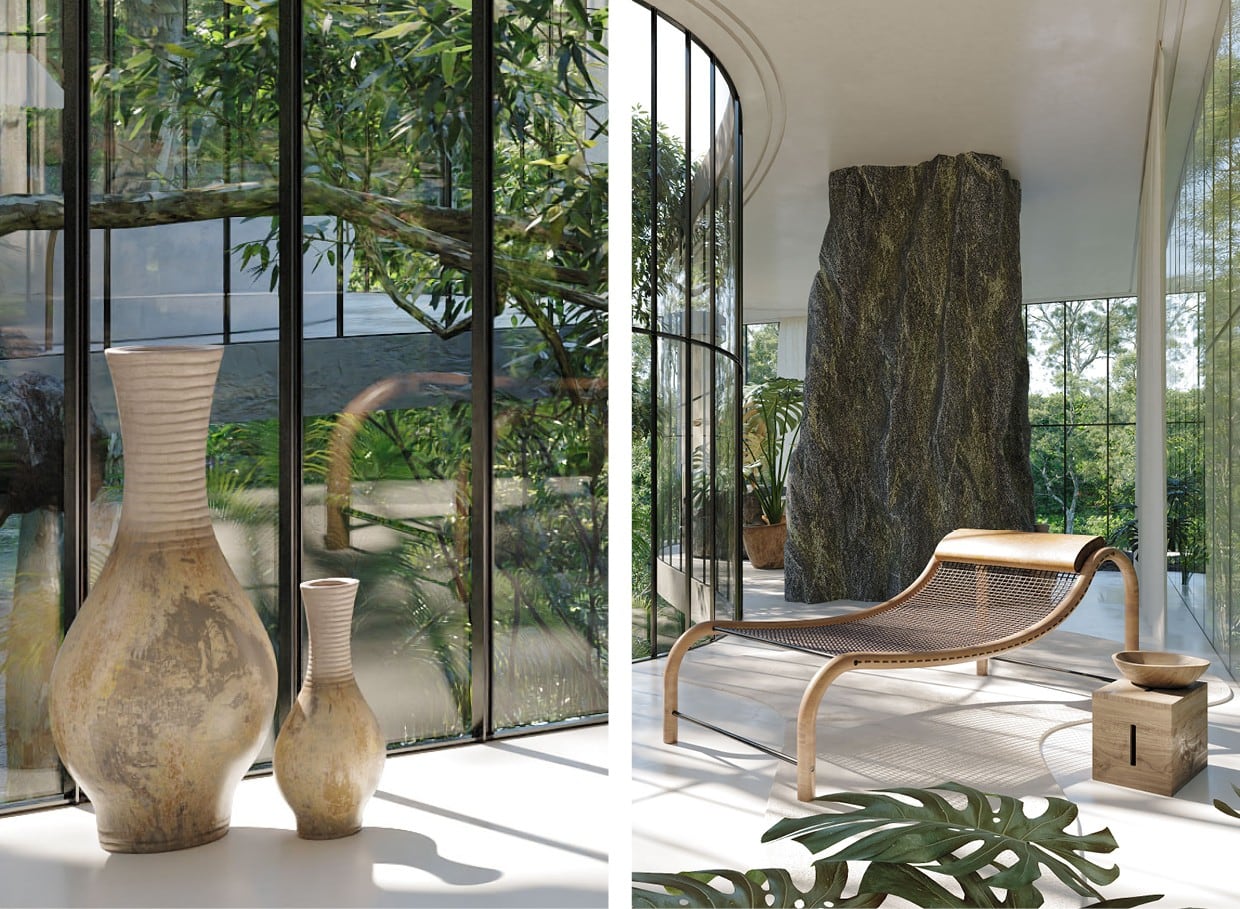 The architecture was designed according to the geometric Modernist principles, but has an organic, undulating courtyard where nature intrudes and there is literally a gap between inside and outside. This boundary between the building and nature is broken even more by the fact that the house is supported by rocks that also reappear in the interior. This provides a Brutalistic touch. For the furniture in the interior, the designers used a balanced mix of Modernist gems, antique pieces and more contemporary editions. For example, we find beautiful furniture by Pierre Augustin Rose, Charlotte Perriand and Pierre Chapo. 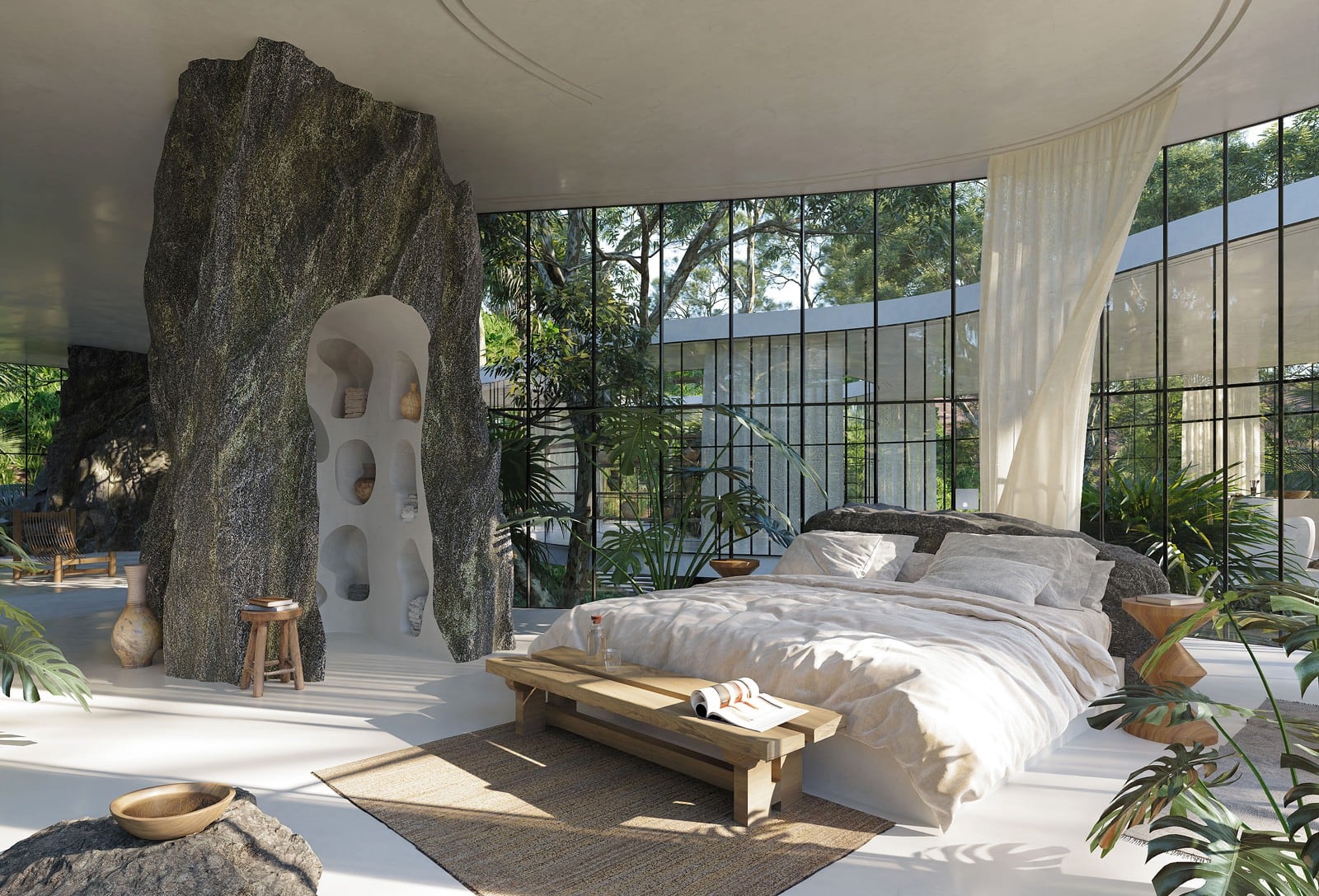 The whole complex of Casa Atibaia has something magical and dreamy about it. After seeing this wonderful project, we hope for more collaborations between Charlotte Taylor and Nicholas Préaud.

Floating above New York from within your home