In Sao Paulo, Brazil we find the beautiful Jacupiragna House designed by CR2 Arquitetura. The house from the sixties was transformed into an open, light and especially green family residence with a minimalistic, yet very appealing and striking design.

The Brazilian architectural firm CR2 Arquitetura is known for its minimalist approach and that is clearly visible in this project in which you immediately see clean lines and a refined design. Along the outside you recognise horizontal lines and a modern rectangular, modernist architecture. One of the 'blocks' that make up the house is clad in vertical Accoya wooden slats. But the house from the 1960s did not always look like this. 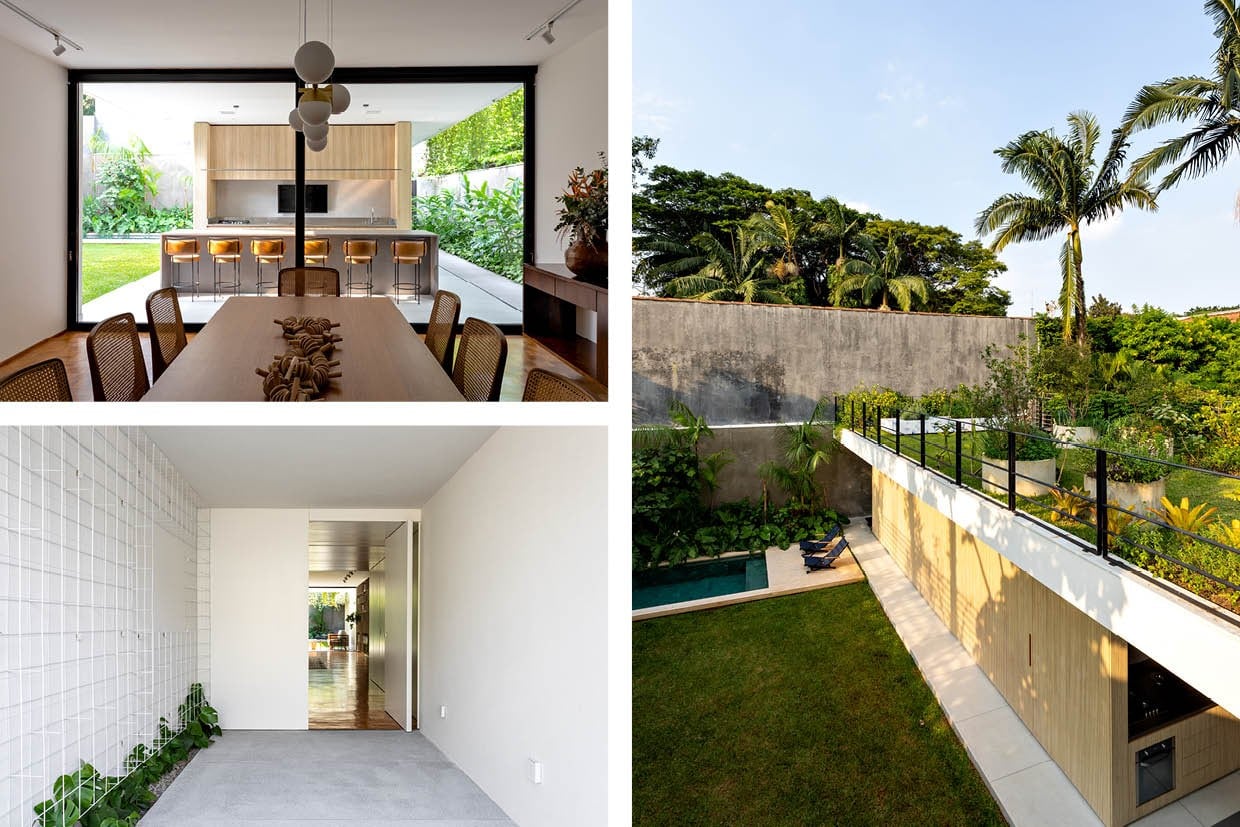 Originally, the house had narrow windows and small rooms and that had to change. CR2 opened up the whole house, created merged spaces and a larger lush garden. Because of the open design of the house, the green of the garden now plays a major role in the interior. It contrasts nicely with the sober and neutral colour palette of white, beige, brown and grey inside and it lets the interior breathe. 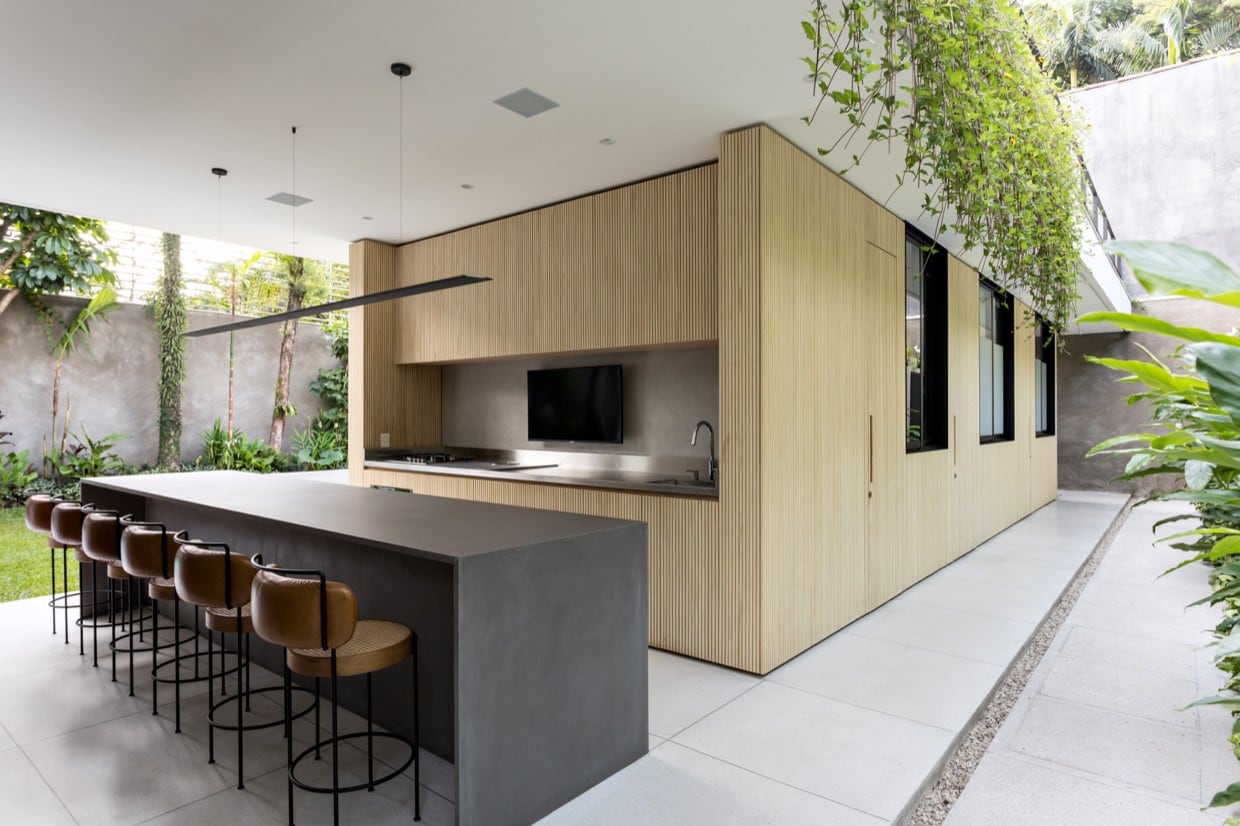 From almost the entire house you have a beautiful view of the garden or roof terrace where also plenty of greenery was used. The latter opens onto the master bedroom with en suite bathroom. Even in the interior itself we find a green touch here and there like in the wallpaper with leaves in the toilet. The outdoors and the connection with nature is clearly central here, because CR2 also provided an impressive outdoor kitchen overlooking the dining area inside and several sitting areas outside. The terrace next to the living space also almost seems to be integrated in the house. In both the interior and exterior spaces of Jacupiragna House there is an airy and natural atmosphere. A beautiful and above all smart and clear architectural and interior design without too much fuss. The minimalist design provides tranquillity and a sleek, yet elegant and cosy look. 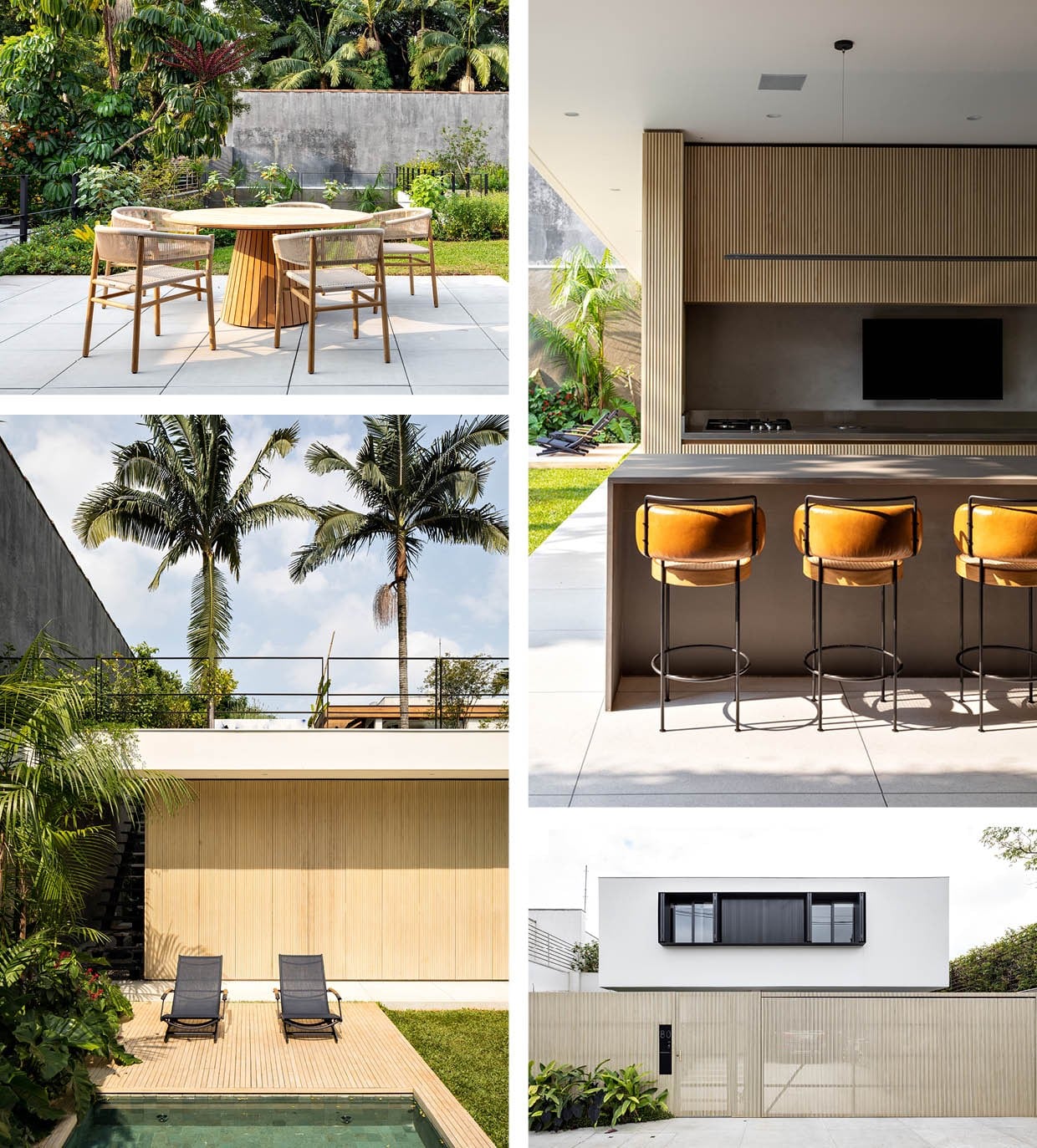 Book of the week: Neo Classics