Bold combination of old and new

Ruckers Hill House is a renovation project of an old Edwardian house with a modern extension by Studio Bright. This pavilion was placed in the backyard and can be reached via a corridor that runs alongside the swimming pool. Elements from history and contemporary components come together in the two-part structure.

Studio Bright (formerly known as MAKE Architects) is an Australian architectural firm based in Melbourne. The studio’s vision is to connect each project to its existing context and environment. In the Ruckers Hill House project, the architects play with the conventions of public and private as well. 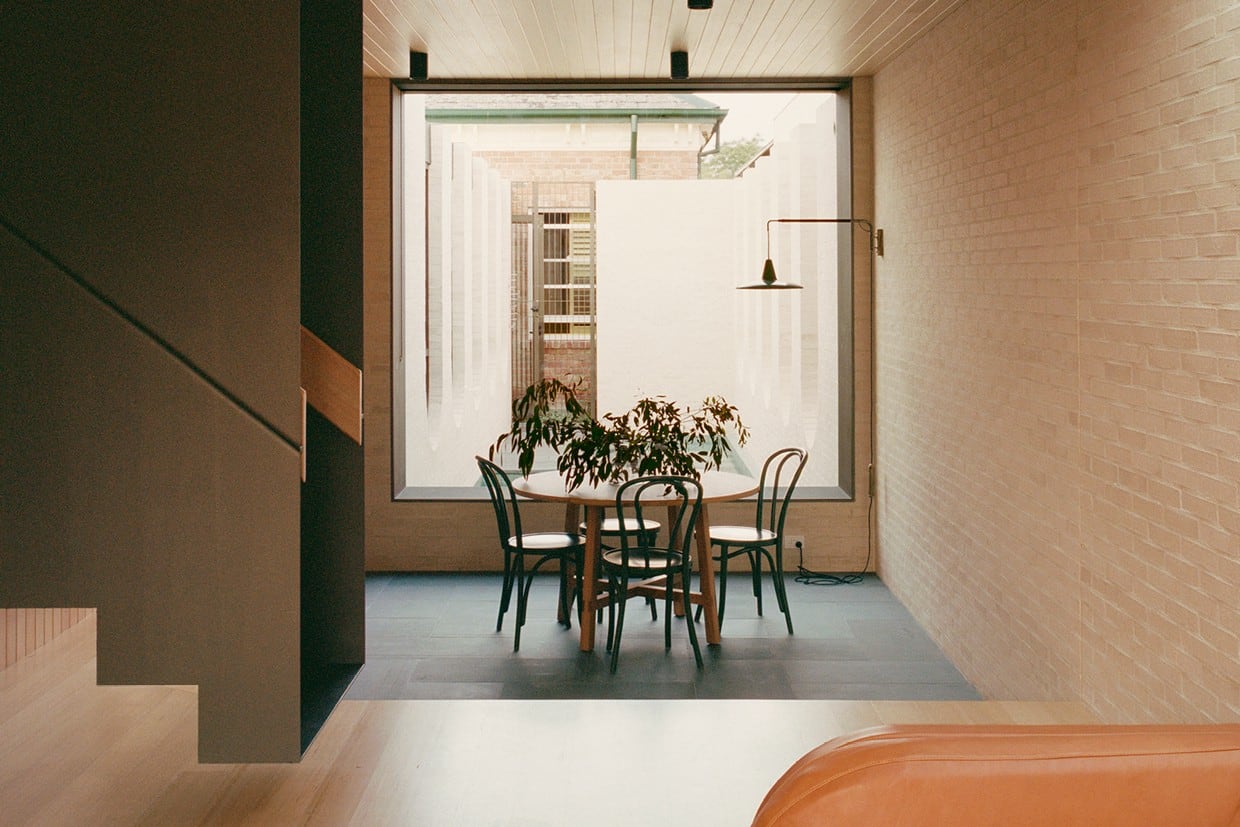 The design is a two-part structure: one part is secure and private while the other, located on the street side, is rather public in nature. This is striking because you would expect the bedrooms to be in a private atmosphere, which is not the case in the Ruckers Hill House. The Edwardian part had already undergone a number of renovations which caused it to lose its charm, so it was decided to thoroughly restore the building. A contemporary pavilion was chosen for the extension. The modern and the connecting building encloses the garden. One of the inspirations for the pavilion comes from the many backyard sheds in the area. 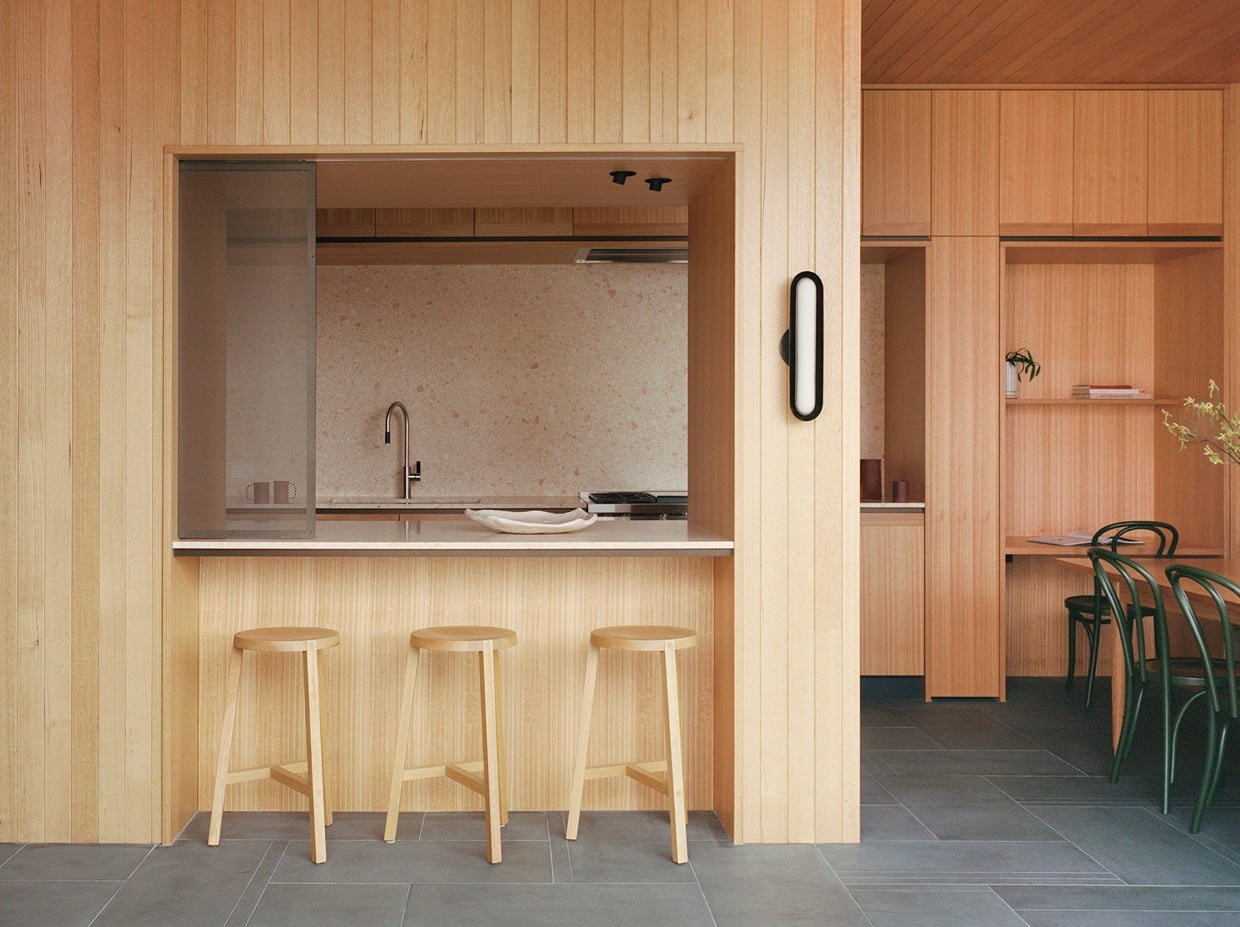 The pavilion houses the kitchen, the dining room and the living room. The interior was kept quite sober with wood and concrete as the main materials. Nevertheless, the architects added a playful element here and there. For example, the living room which can be transformed into a stage where the children of the clients can hold their performances by means of a few steps which forms the stage edge and a heavy green curtain.

In the project the architects play with the conventions of public and private.

The sleek, contemporary part of Ruckers Hill House is in no way inferior to the elegant Edwardian building to which it connects. With his playful vision and daring creativity, Studio Bright is able to present a unique project.