For ZW | WH, a two-storey apartment in Moscow, design studio ZE | WORKROOM studio and visual artist Alina Aleinikova worked together. Because the flat was rather small, they decided not to overload it with shapes and textures. It was important to create an atmospheric and minimalistic overall picture. 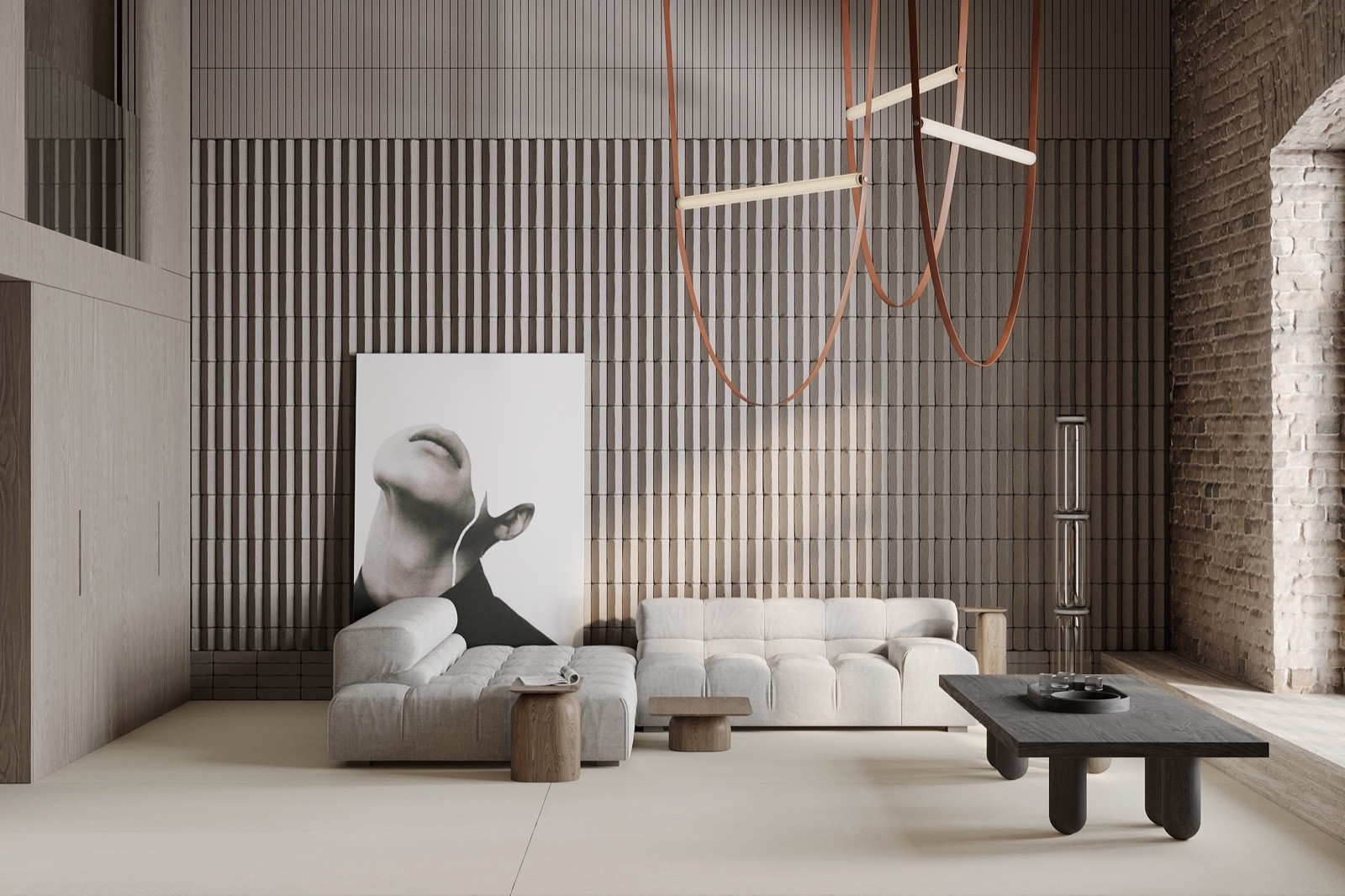 ZW | WH, a two-storey flat, was designed by ZE | WORKROOM studio, a Moscow-based interior design agency, and visualised by visual artist Alina Aleinikova. This project was not the first time the two had worked together. ‘In our projects we always start from the foundations laid by architects, innovators of the last century,’ we hear from Aleinikova. ‘Thanks to them, the projects remain relevant and comfortable for many years.’

It was no different with the project we are highlighting here. ZW | WH is a small two-storey apartment in the centre of Moscow. The building itself was built at the end of the 19th century and has since been completely rebuilt. Apart from the masonry of the outer wall, little of the past remains. The use of new red brick gives the flat a loft feel, something that both partners wanted to break away from. ‘That is why we decided to take inspiration from the modernists of the turn of the last century and create an interior, far away from the loft style,’ says Aleinikova.

'We decided to take inspiration from the modernists of the last century and create an interior, far from the loft style' 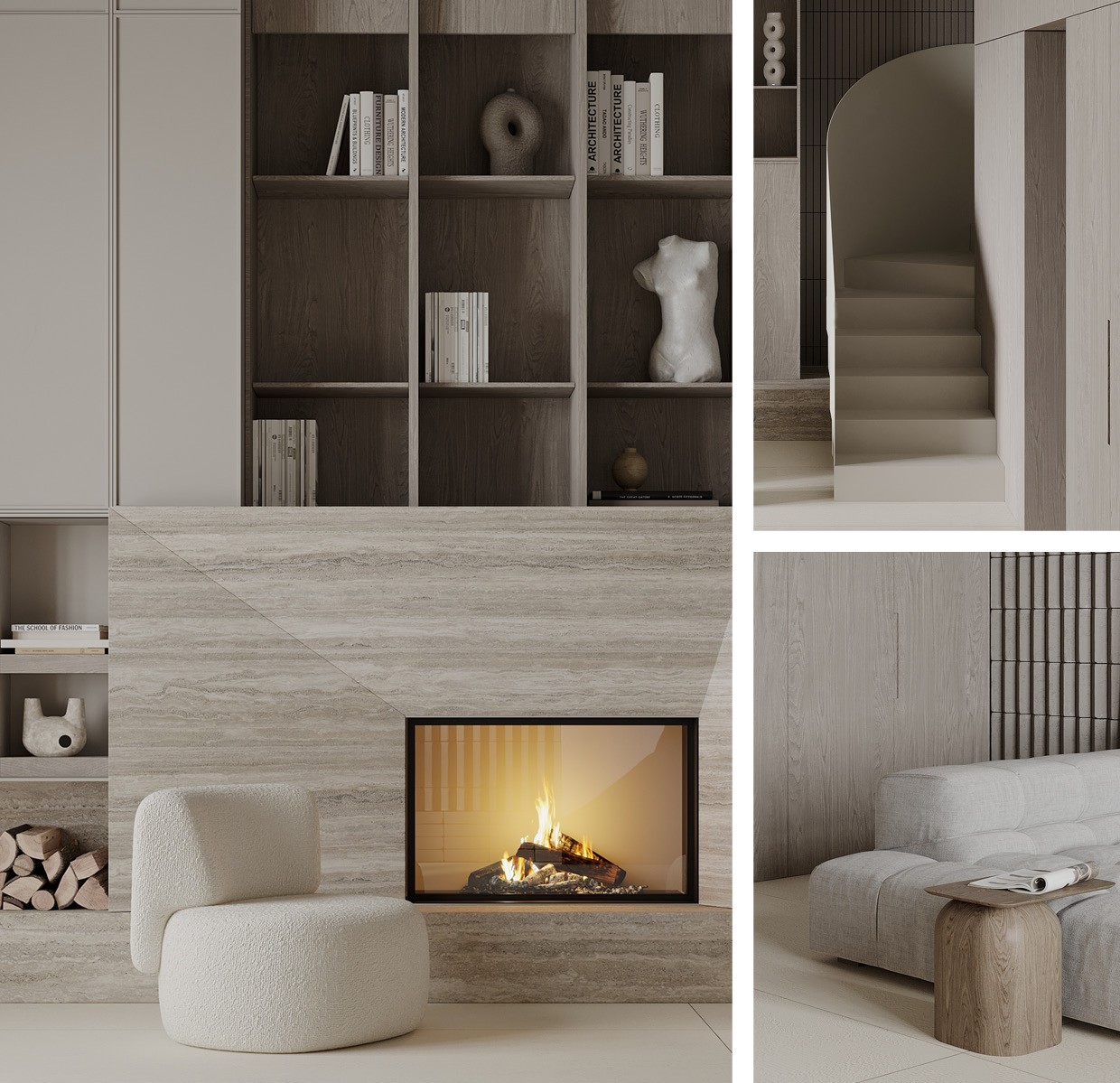 Because a relatively small space has many functions, the studio and visual artist decided not to overload it with shapes and textures. ‘We opted for a sober monochrome interior, and we also approached the choice of textures in a delicate way.’ Important in the design was to obtain an atmospheric, but at the same time minimalist image.

Three main materials were chosen for the apartment: light beige patterned porcelain stoneware for the bathroom floor and walls, natural travertine for the decoration of some walls and the fireplace portal, and tinted oak as the main material for furniture designs. The combination of materials that are so close in shade made the overall picture complete, but at the same time interesting and detailed. 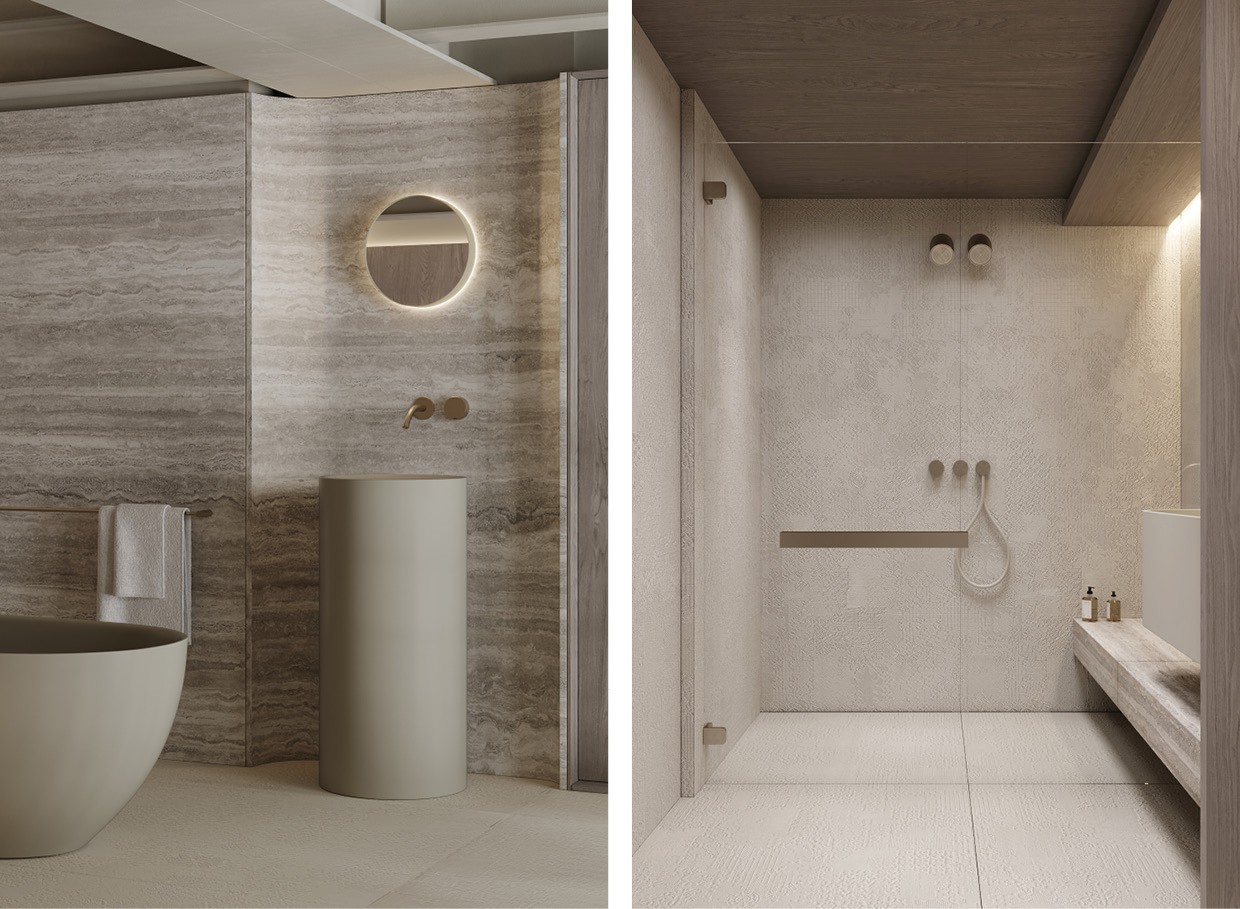 The kitchen, too, is an extension of the restrained monochrome image the designers had in mind. Although one of the main parts, it had to fade into the background in order to focus solely on its functionality. The kitchen is thus designed in such a way that, like all household appliances, it is completely hidden behind some walls. 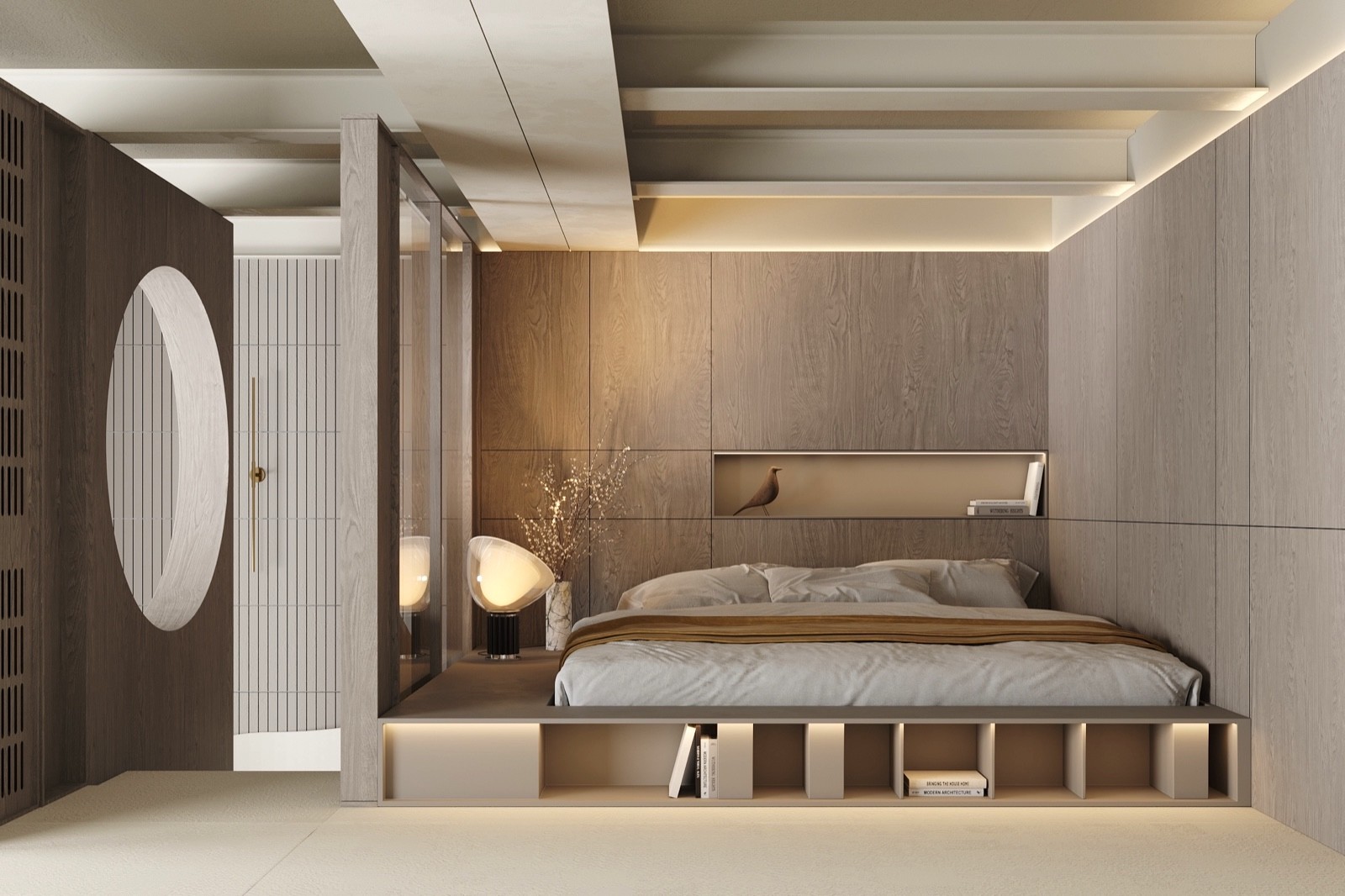 In the same manner, a dressing room and bathroom are also hidden on the first level. They wanted to keep the second level as open as possible, thanks to some shutters that can slide over each other. The most important element of the second level is the bathroom, which is almost in the middle of the room. Next to it is a free-standing washbasin surrounded by marble. The bed stands on a raised platform.

ZE | WORKROOM studio and Alina Aleinikova have effortlessly transformed a small flat into a minimalist and yet atmospheric whole, without having to sacrifice functionality.