Mystique Hotel, part of The Luxury Collection, is a hotel on the caldera cliffs of Santorini. The corridors that run between each suite or villa and the swimming pools that connect terraces, make it look like a mini-town.

The Mystique Hotel is located on the mythical caldera cliffs of Santorini, Greece. A volcanic eruption three and a half thousand years ago is the cause of the unique environment with rough, dark cliffs and blue water. Many tourists visit Santorini for its legendary cliffs and rich history. Mystique Hotel with its pale, round walls forms a strong contrast with the dark, rocky ridges. The hotel is part of The Luxury Collection. The original hotel was designed with respect to the architecture of the Cycladic civilisation, a people who settled in Greece around 3000 to 2000 BC. The architectural style is characterised by soft curves and a neutral colour palette. Mystique Hotel was renovated in 2007 by the architect Mary Kavagia. She painted the white exterior, a light beige colour and removed all sharp corners to give it a sculptural look. Together with the interior designer Frank Lefebvre the suites were renovated. The bathroom and windows were enlarged to let more light in. The ceilings were also heightened and each bedroom was directed towards the sea. 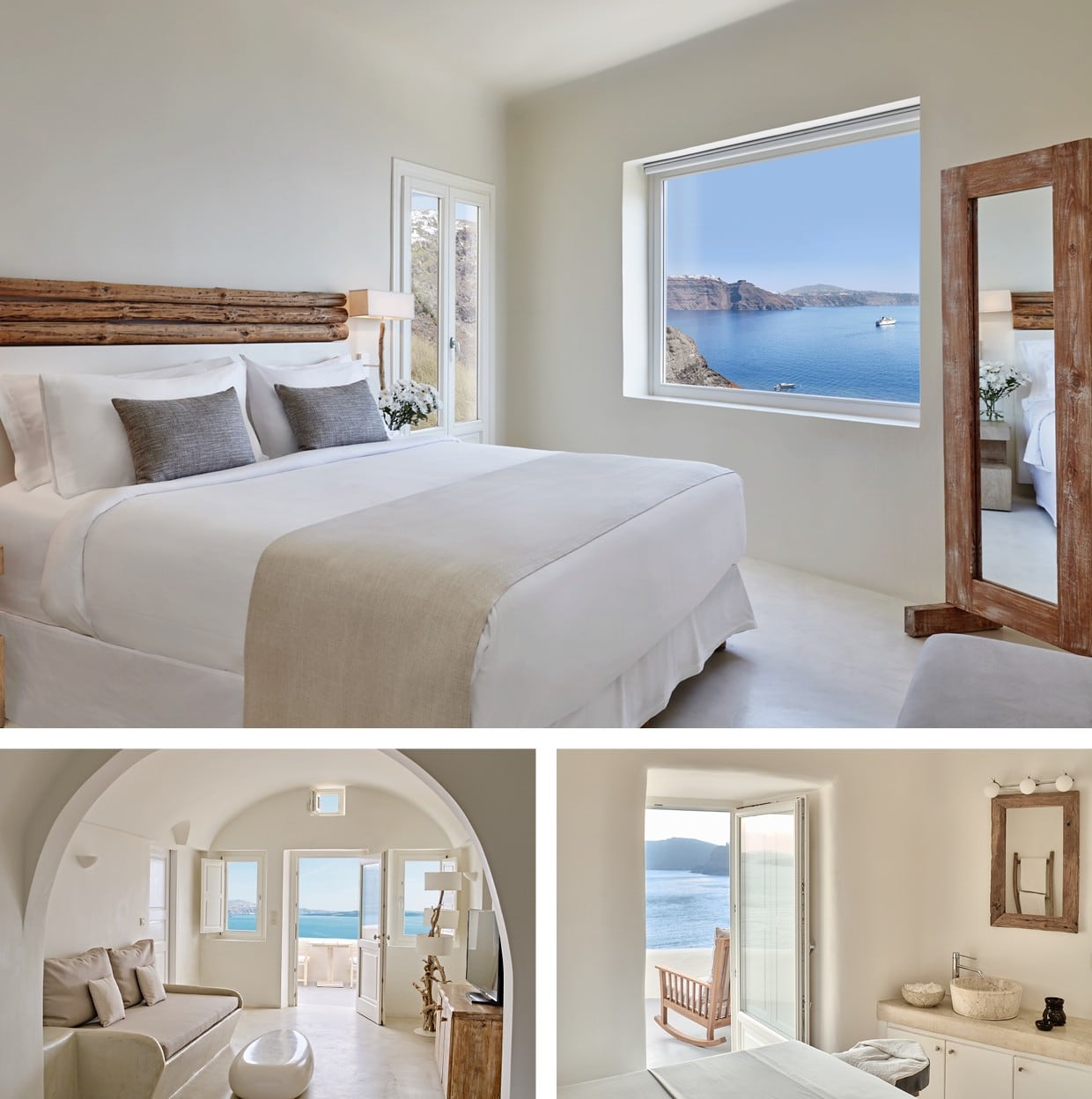 Mystique Hotel is elegant due to its architectural simplicity.

The uniform surface of Mystique Hotel has a calming effect while directing our gaze towards the blue sea surrounded by high cliffs. The organic, round shapes of the walls, doorways and staircases invite us to touch them as they appear soft and undulating. Mystique Hotel is elegant due to its architectural simplicity. Everything has remained neutral in order to focus as much attention as possible on the surroundings. That is why each suite has a terrace and some of them also have an adjoining swimming pool or jacuzzi. 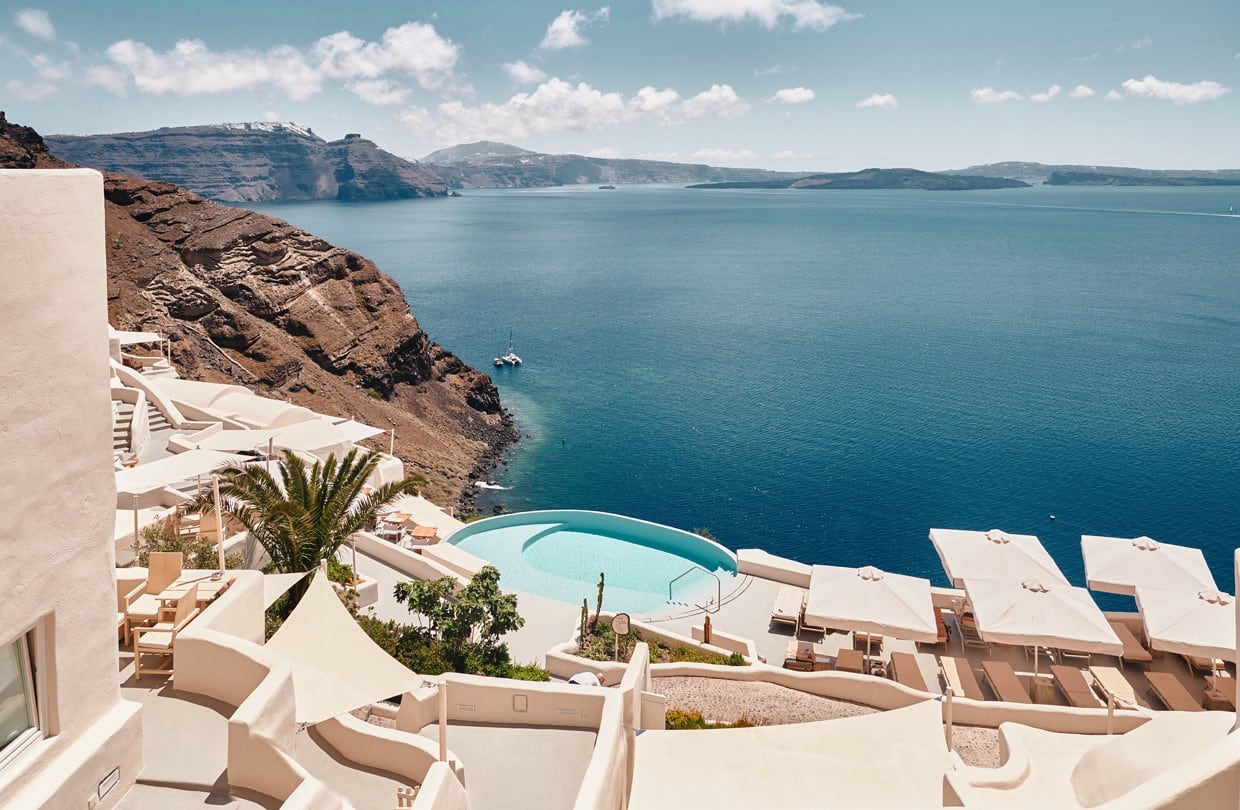 An expression of pure luxury