A pure villa with a rich history

Villa Waalre is a beautiful minimalist residence in the Netherlands with a rich history. Here, architect Russell Jones created clean lines in a sober and warm palette. The result is a purified architecture one with its historical and natural context.

The Australian Russell Jones is a true master designer. He studied architecture at the University of Sydney and then worked at the office of the iconic Harry Seidler who is considered one of Australia's most influential Modernist architects. In 1989 Jones left Australia to travel extensively throughout the United States and Europe and to work in various architecture firms in London. With all this valuable experience, he founded his own studio in 1993, with which he still realises beautiful projects all over the world today. Including the pure, minimalistic Villa Waalre in the Netherlands. 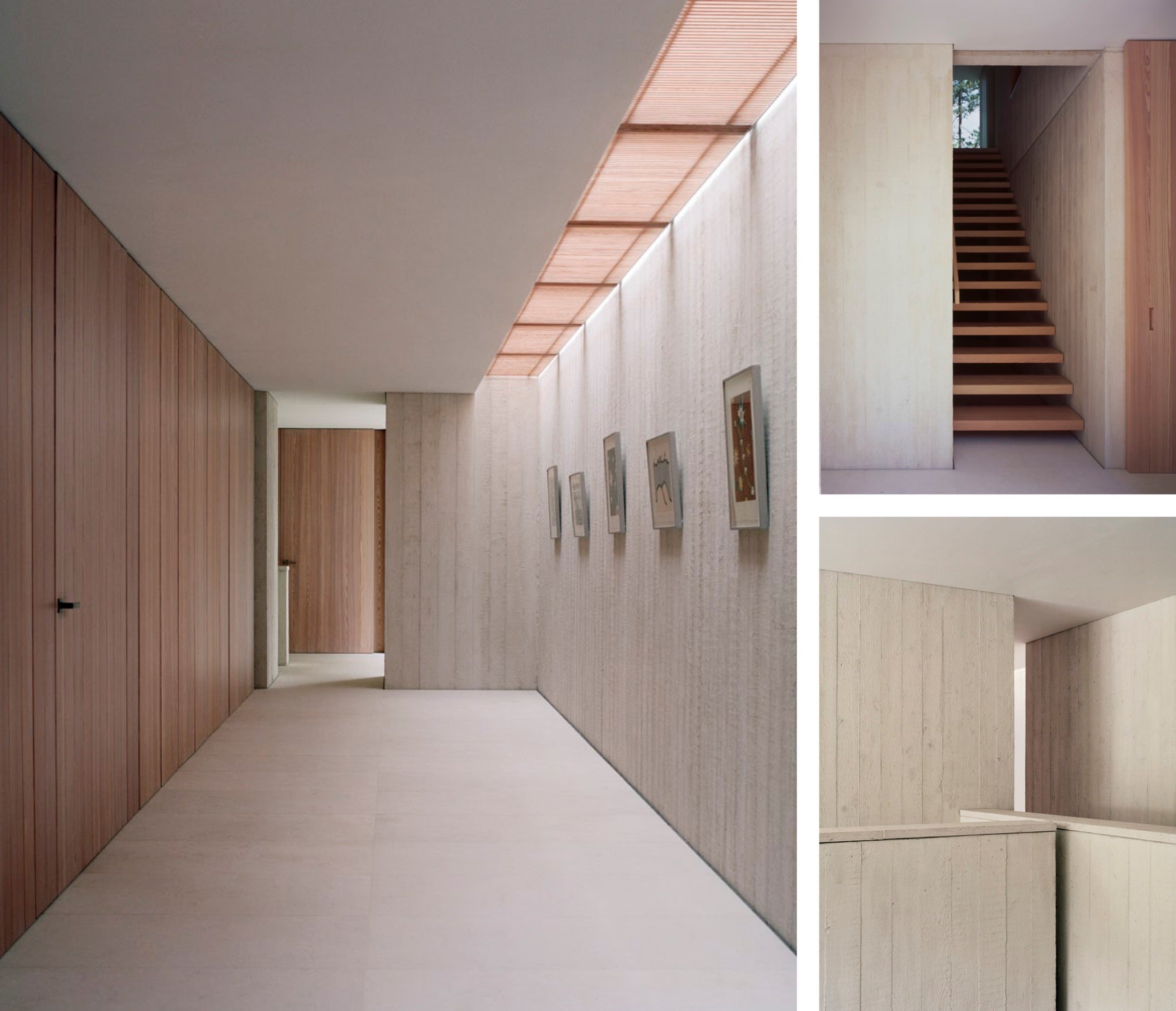 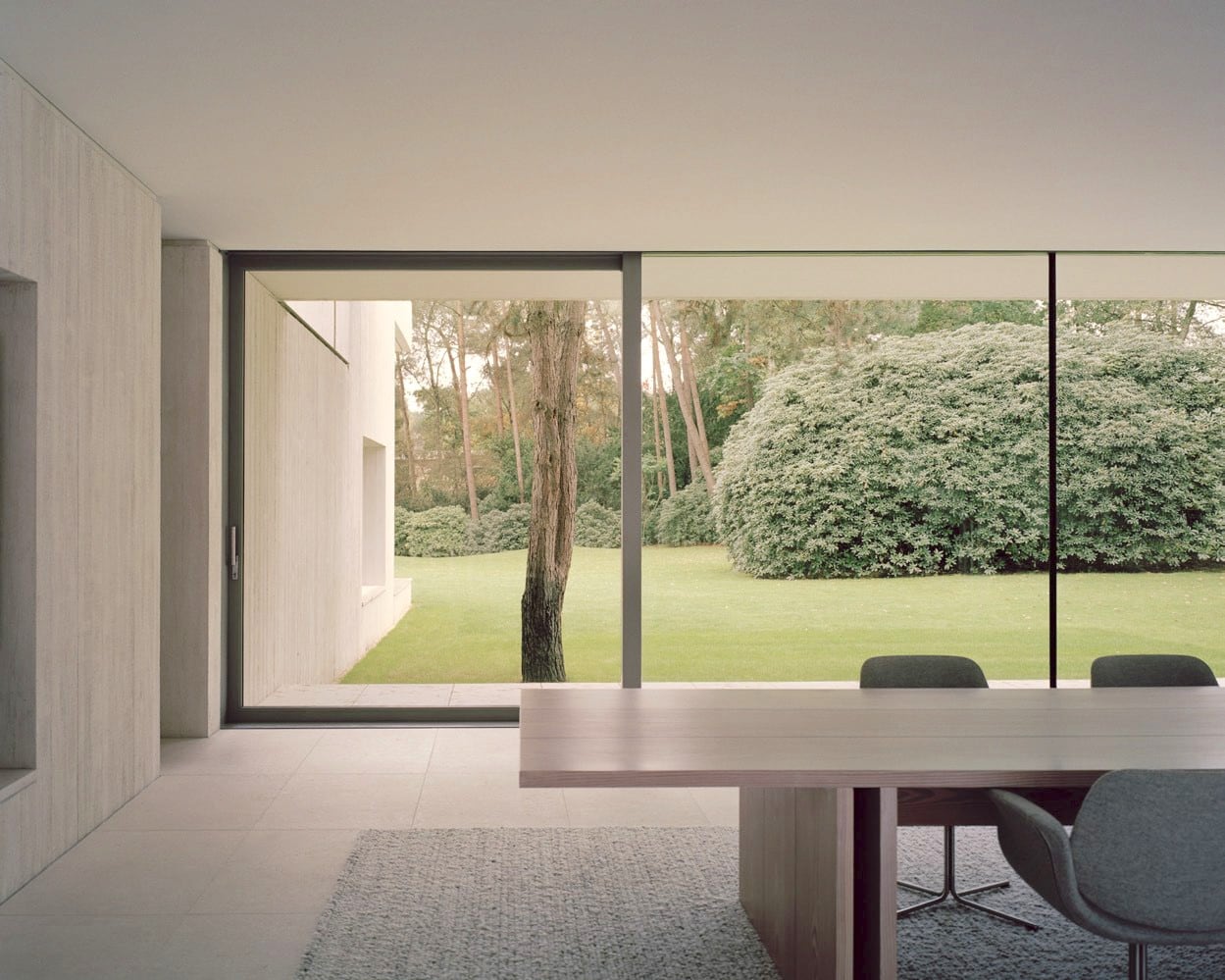 Behind this villa lies a rich history: in 1891 Anton and Gerard Philips settled in Eindhoven (near Waalre) with their technology company Koninklijke Philips. In the early twenties the company grew enormously, which meant that more and more employees were needed. In order to attract the best managers in the Netherlands, Philips bought large woodlands outside the city in the neighbouring Waalre. At that time, Eindhoven was still a smaller city and not very attractive, so the grounds in Waalre had to serve top managers from Amsterdam, Rotterdam and other large Dutch and international cities. That is why, an elite group of Philips managers built several houses in Waalre in the late fifties and sixties. 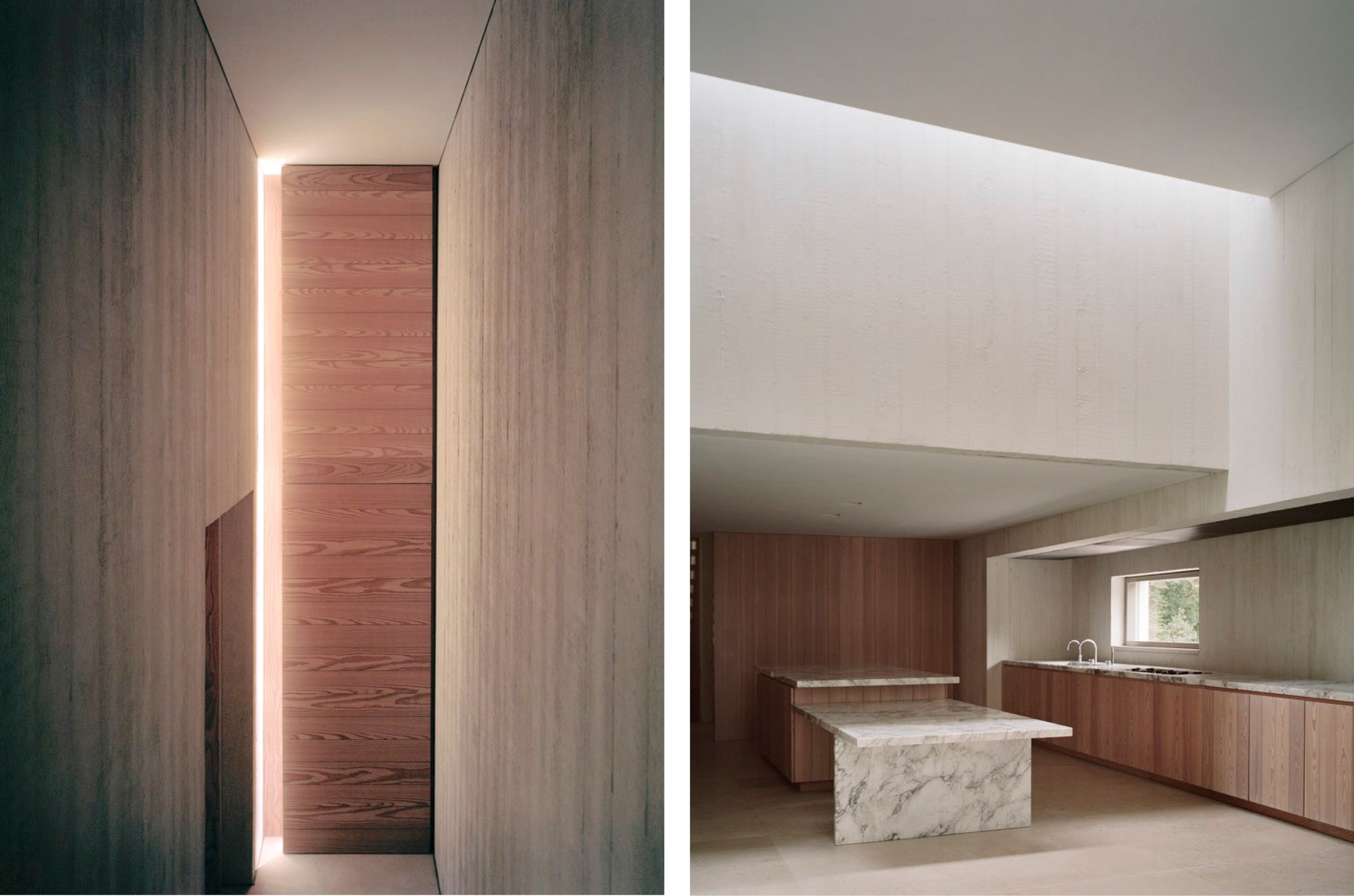 As you can already guess, this villa – or rather the land – was one of them. It was built on a large site, surrounded by pine trees and an old sand dune, for Frans Otten, Anton Philips' son-in-law. The original Otten villa, like many other homes of the Philips managers, was designed by Louis Christiaan Kalff (1897-1976) and was completed in 1961. The design of the new Villa Waalre took this history and heritage into account. ‘Early in the design process, it was clear that the position of the original Kalff Villa was the most favourable location for the new project. The sand dune along the western boundary, original vegetation and garden planted 50 years ago as part of the Kalff scheme, influenced decisions relating to placement, orientation towards the sun, and form for the new Villa,’ we hear. It was a requirement that the quality of the original house had to be imitated. The new architecture therefore makes full use of the most important natural aspects, creating a link between the interior, exterior and the beautiful surroundings. 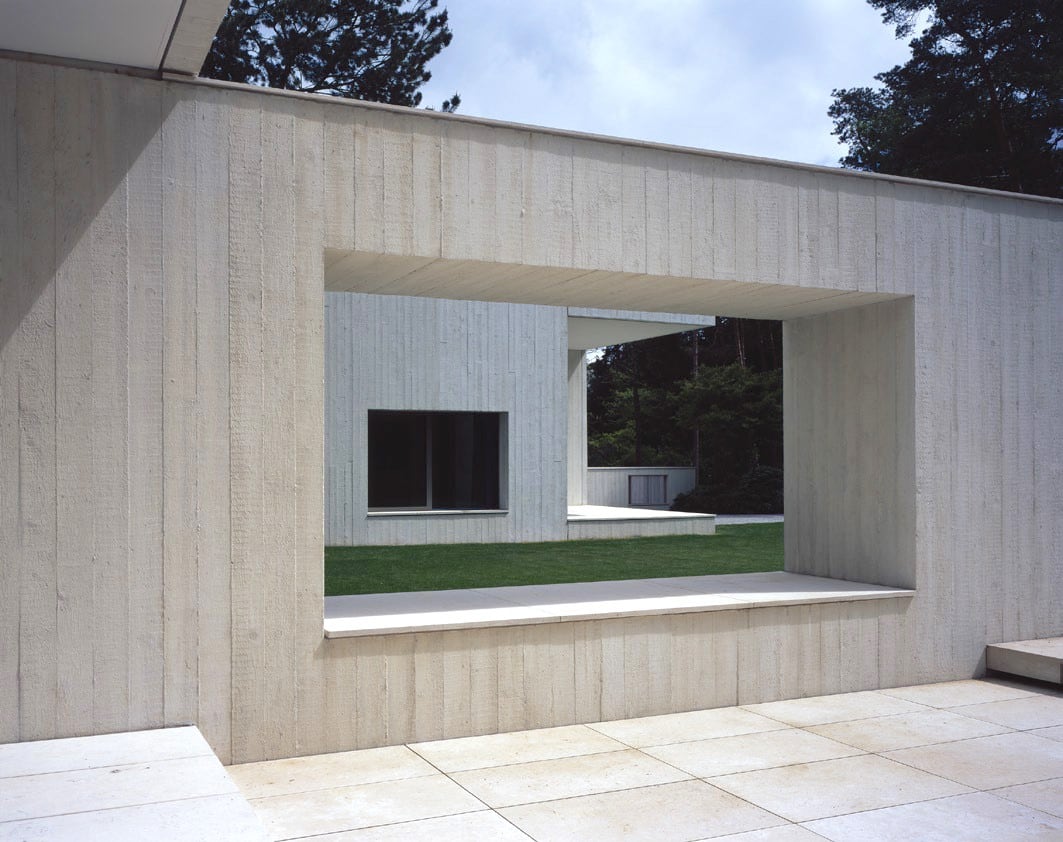 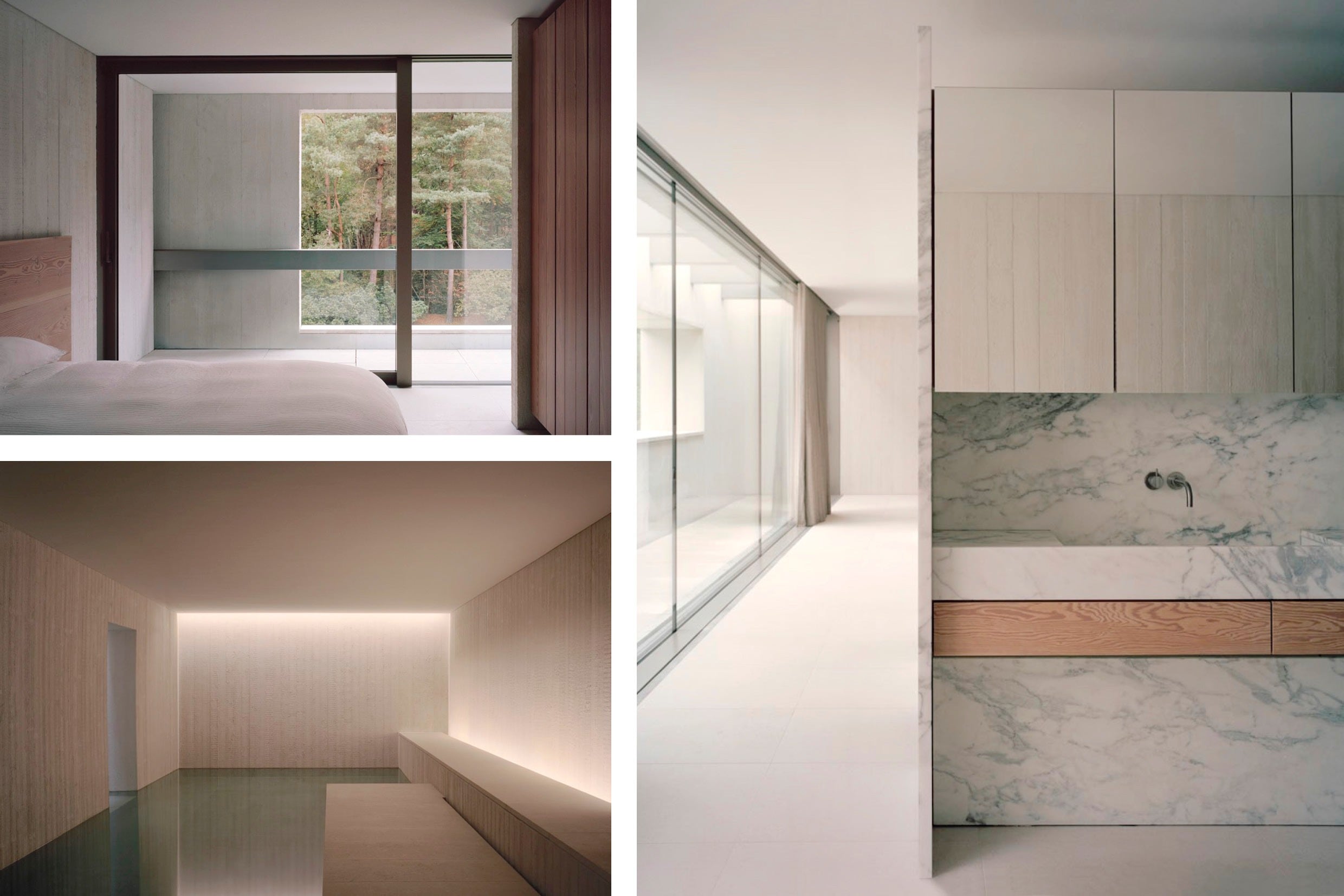 The new villa consists of four levels, two of which are clearly visible in the landscape. On the ground floor we find the living spaces and the bedrooms and gallery spaces in a rectangular structure that hangs over the landscape and the walls of the living area. On the level below the ground floor there is a 25 meter long volume with a swimming pool. The living area, kitchen and bedrooms are south facing and have large windows and openings that provide an abundance of natural light and fresh air. For the choice of materials, mainly wood, concrete and marble, Jones was inspired by the natural environment. As a result, the interior is shrouded in a neutral palette of beige, grey and brown.

Villa Waalre became a beautiful, elegant, sober residence with a clean and pure architecture that is one with its historical and natural surroundings. 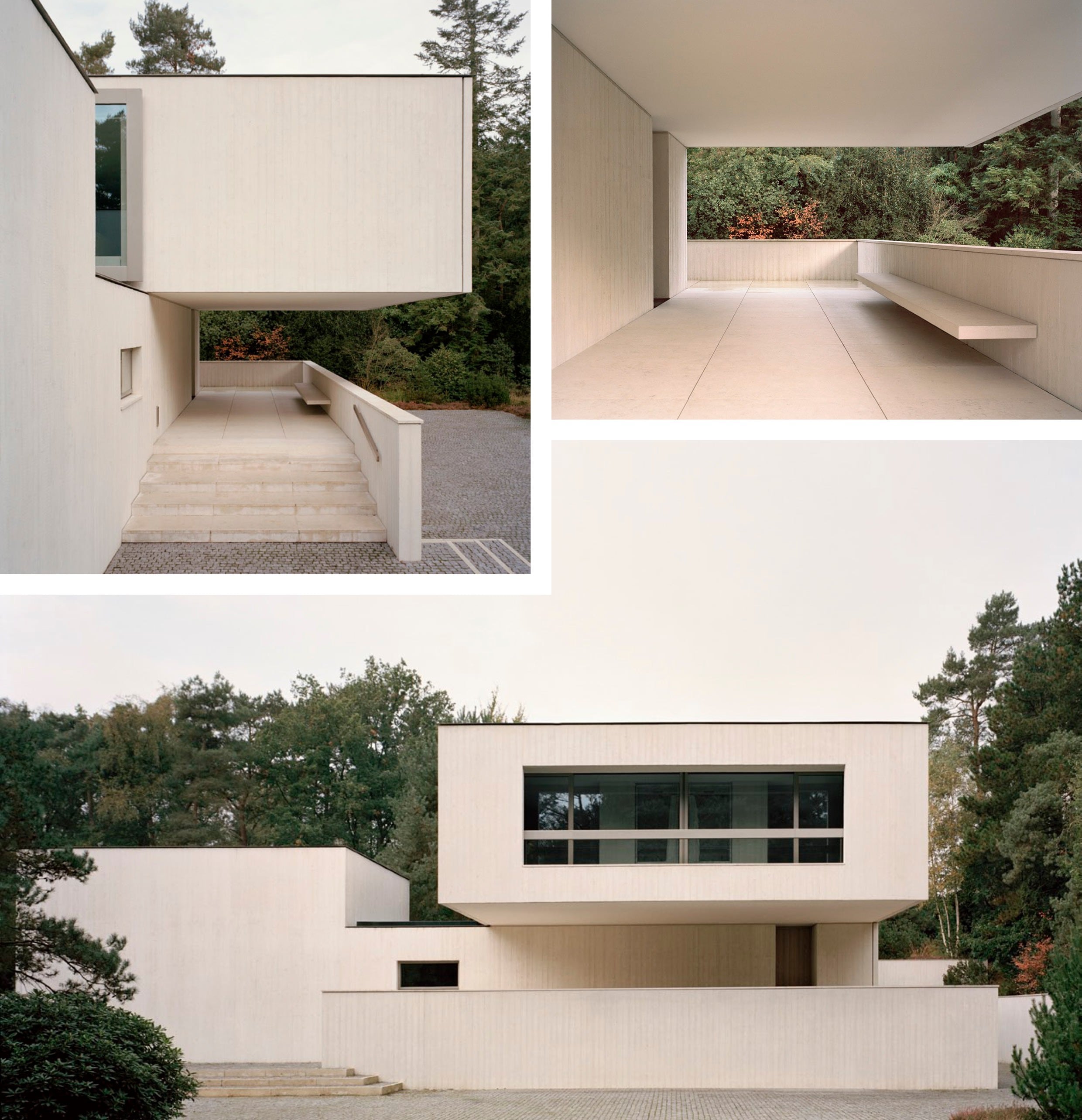 Seclusion and openness on Santorini