A loft with industrial accents

Industrial accents and open, bright spaces are the hallmarks of Spears Building Loft. Designed for a young family, this residence is located in the Chelsea neighbourhood of New York City near the elevated High Line park. 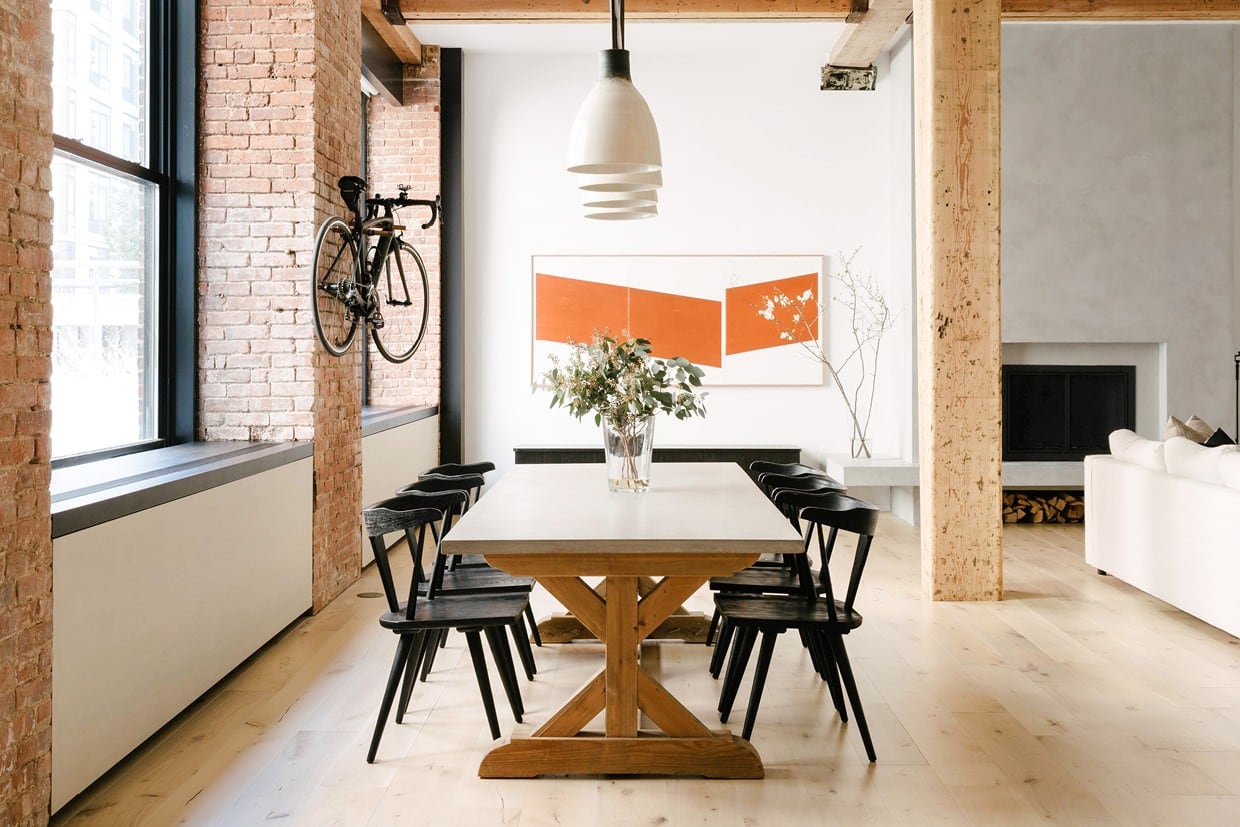 Spears Building Loft is a project designed by Ravi Raj of Rarara in collaboration with Evan Watts of D&A. The loft is located in a former cigarette factory in New York, built by the Kinney Brothers in 1880. Subsequently the building was used as a furniture warehouse until 1996 when the factory was converted into a residential building. This year, the two aforementioned architectural firm put their heads together for the renovation of one of the unique lofts in this building. The renovation was meant to create open and spacious rooms in the former dark loft. Walls were removed to create a flow of spaces and the layout of the house was completely redesigned with the result that the architects were able to install a third bedroom and bathroom. 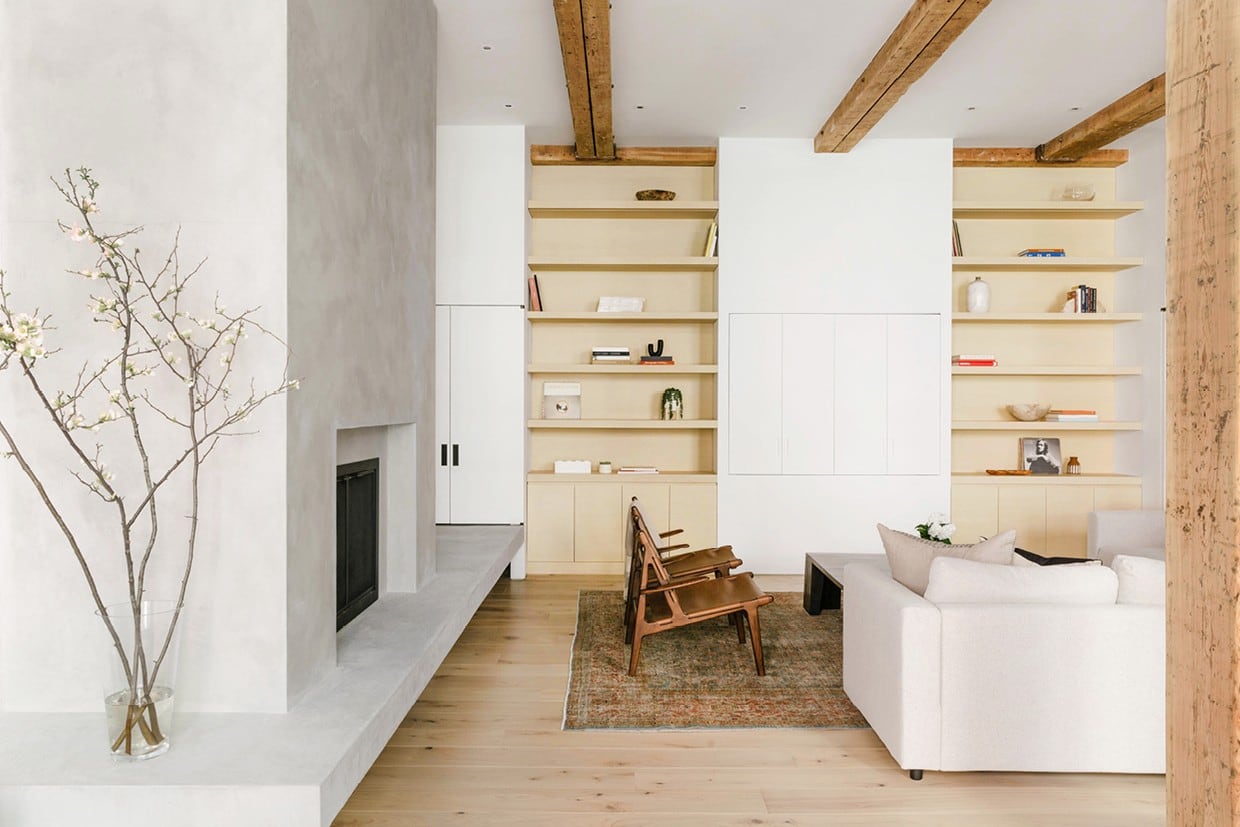 The original structure of the building was hidden behind plaster, paint and suspended ceilings. Ravi Raj and Evan Watts decided to strip as much as possible of the old interior until the rough elements such as the wooden beams, pillars and brick walls. By exposing these elements of the original structure, the architects honour the history of the building. This gives the residence a rough, industrial accent.

The renovation was meant to create open and spacious rooms in the former dark loft.

The interior has been given a soft, pale colour palette to accentuate the old structure of the building and to illuminate the rooms. The wood-burning stove was renewed by placing a fireplace in grey plaster that resembles concrete. This is a reference to the cast concrete floor of the former factory. Beige marble is used as a kitchen worktop and black, white and grey marble has been integrated in the bathrooms. 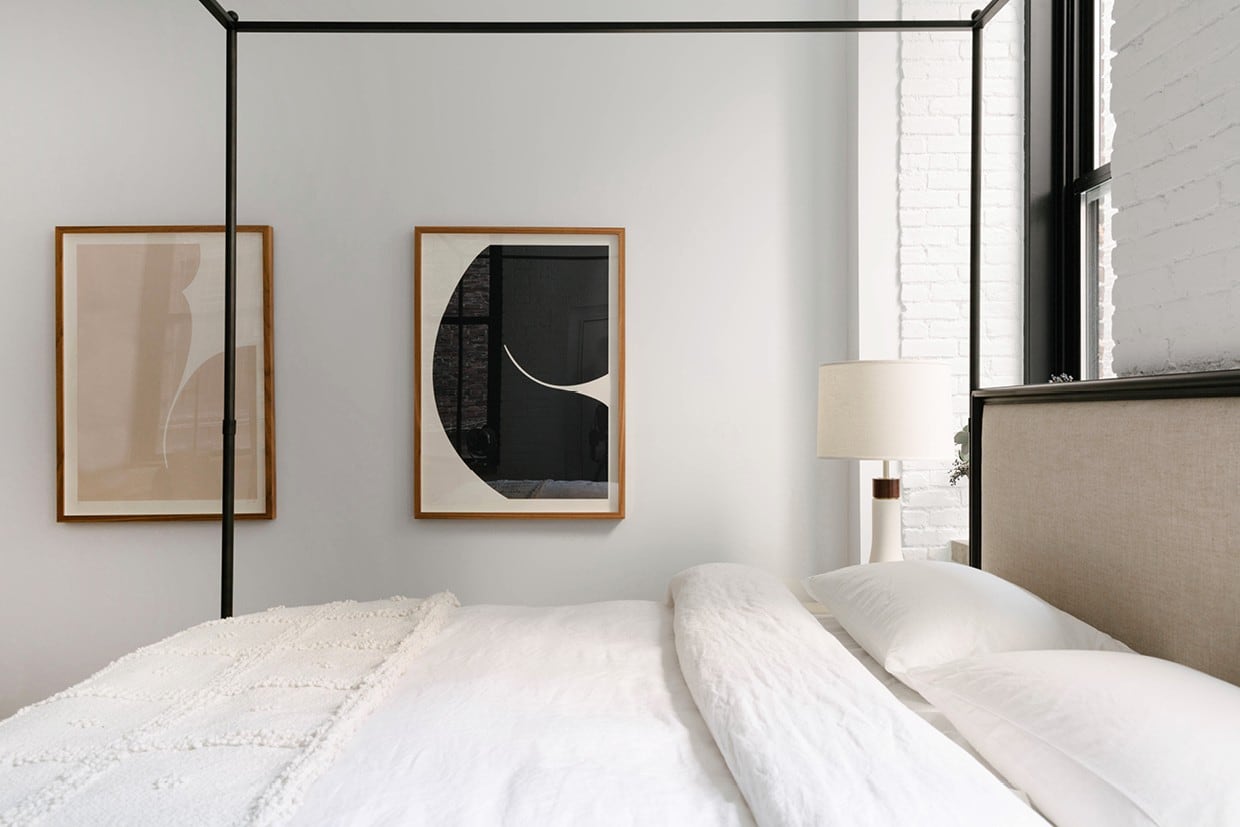 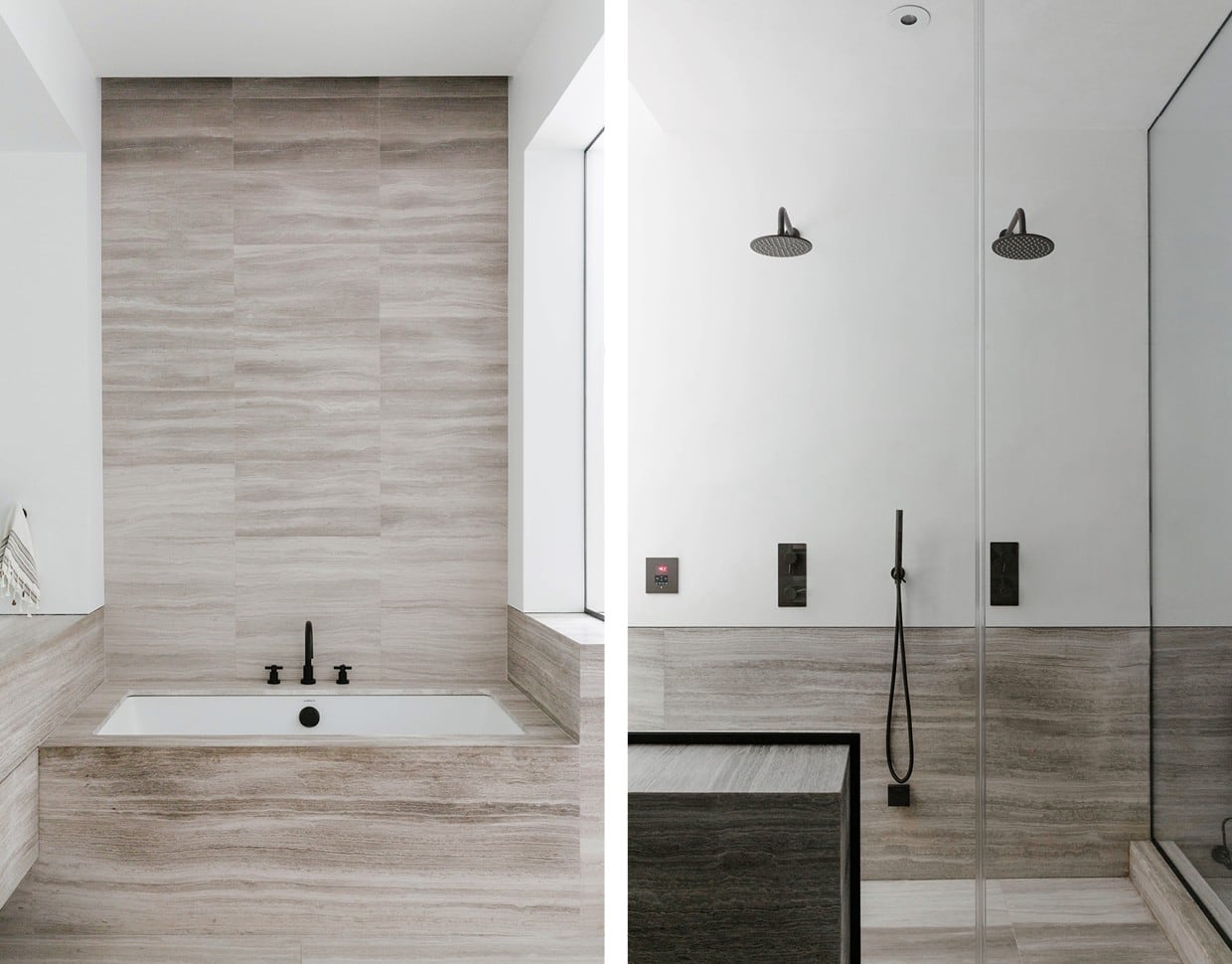 The house has been carefully decorated in a minimalist style in collaboration with the customers: ‘The owners took care in selecting minimal yet soft and textured furnishings paired with colourful art that highlight the industrial-like quality of the space,’ according to the architects.

A dwelling with Japanese serenity