A home with Balinese personality

Maximilian Jencquel, a Venezuelan interior designer, renovated a hundred-year-old Balinese house with his eponymous studio. The result is a beautiful, soothing holiday resort in a meaningful location.

Studio Jencquel is a team of six talented designers led by Maximilian Jencquel who are based in Bali. One of their recent projects caught our eye. The house is called Rumah Purnama, which means 'the house of the full moon' in Indonesian. The reason for this is the clear view of the moon above the jungle from the house. It is a traditional wantilan house, an open plan pavilion with a layered alang-alang roof. After almost a hundred years of existence, part of it had become dilapidated and was in urgent need of renovation. Studio Jencquel took on this task. Their approach is characterised by a deep respect for traditional Balinese architecture and the spiritual value of the location. 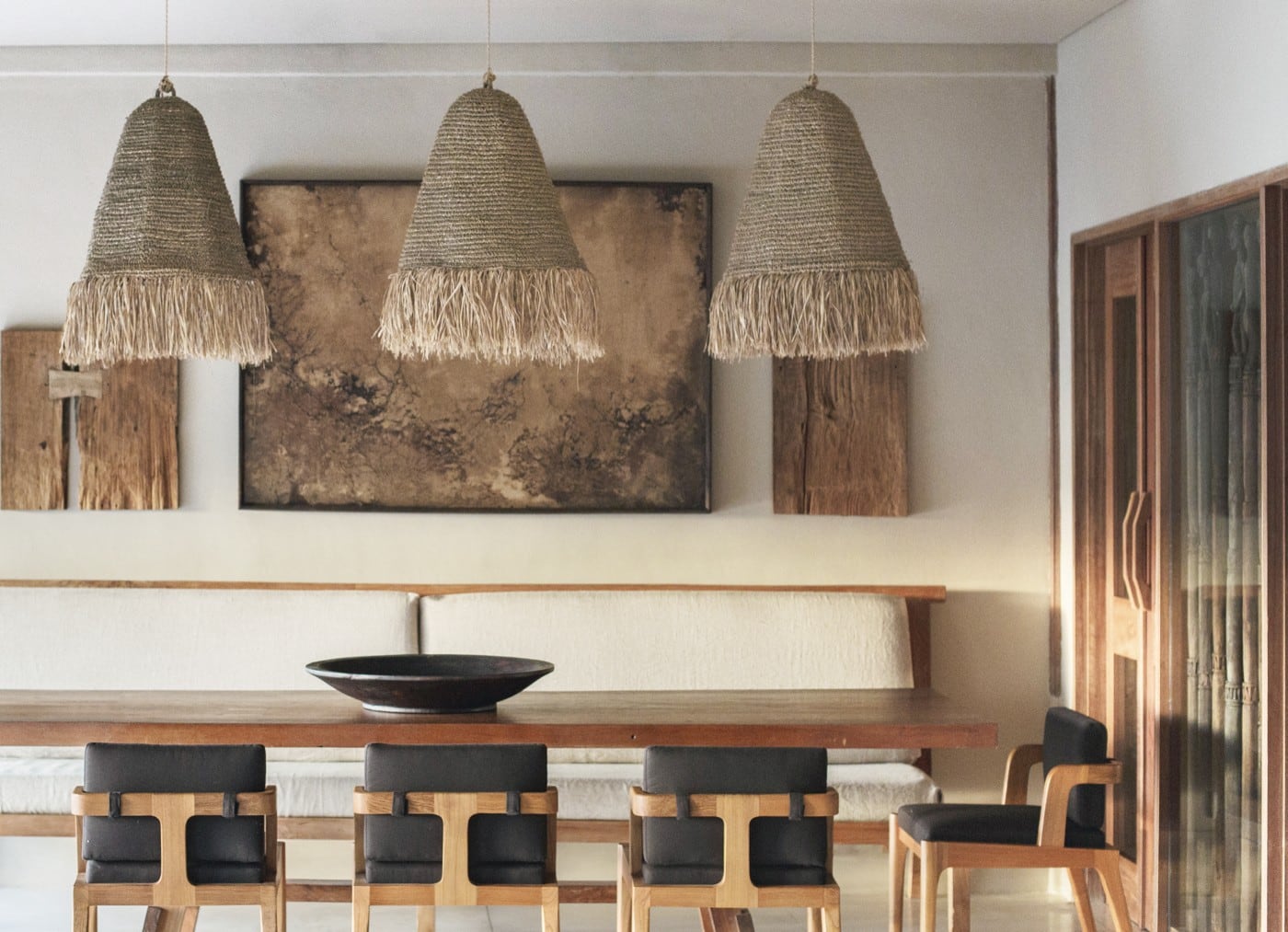 The aim was to design a warm nest which offers both security and adventure.

Rumah Purnama is located near Campuhan village which has become famous for its temple Pura Gunung Lebah. The Balinese Hindus consider this place a transcendent energy centre. Artists such as Walter Spies were also attracted to the beauty of the local coconut trees, the Campuhan Ridge and the view of Bali's sacred volcano, Gunung Agung. Moreover, the bedrooms in Jencquel's renovation project are named after a number of famous guests that Walter Spies received at his home in proximity to Rumah Purnama. 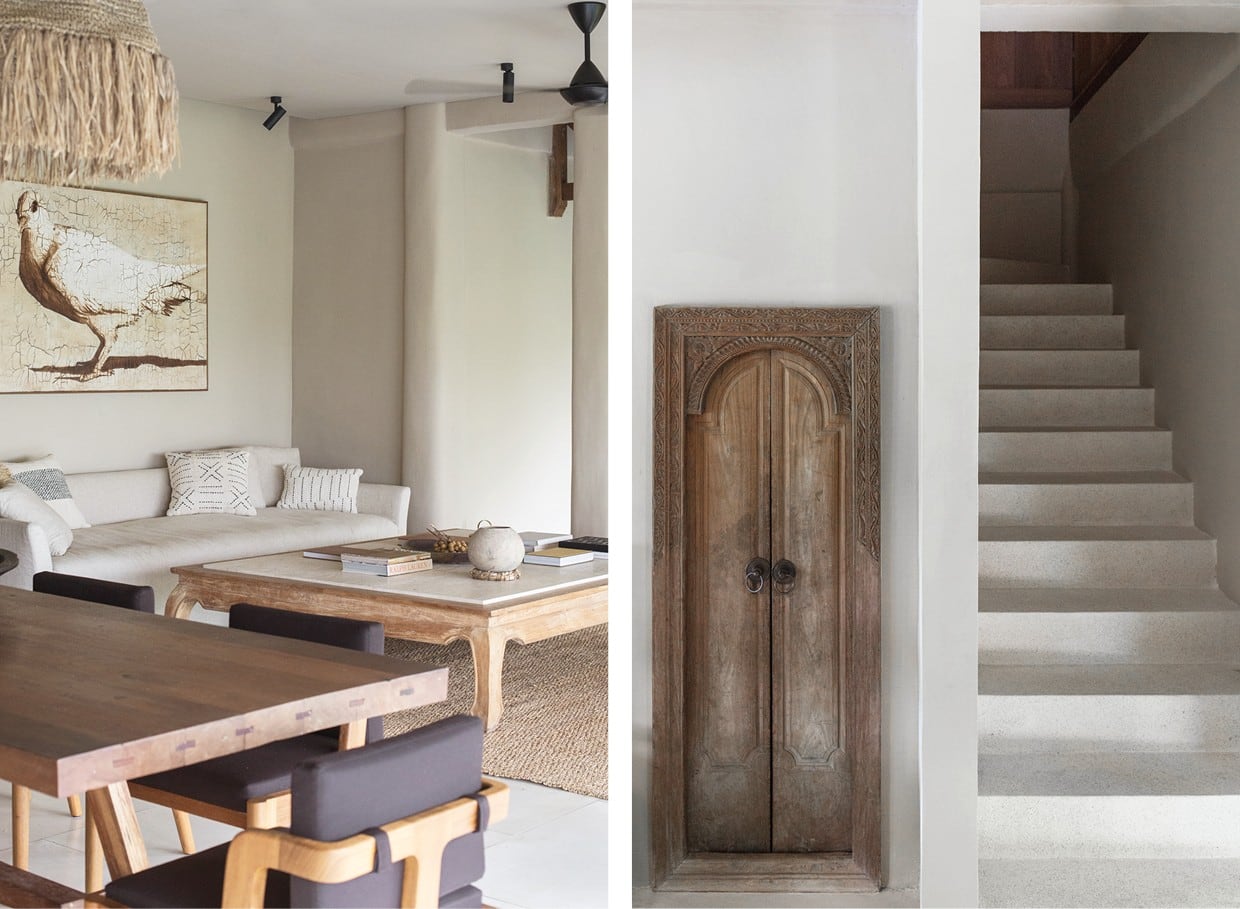 The renovations of the old house took about a year. Studio Jencquel describes Rumah Purnama as ‘the continuation of a 100-year-old love story between a magical spot on the land and the people who fell in love with it.’ This explains the cosy and simultaneously inspiring style in which the house has been renovated. The aim was to design a warm nest with wild, natural elements which offers both security and adventure. 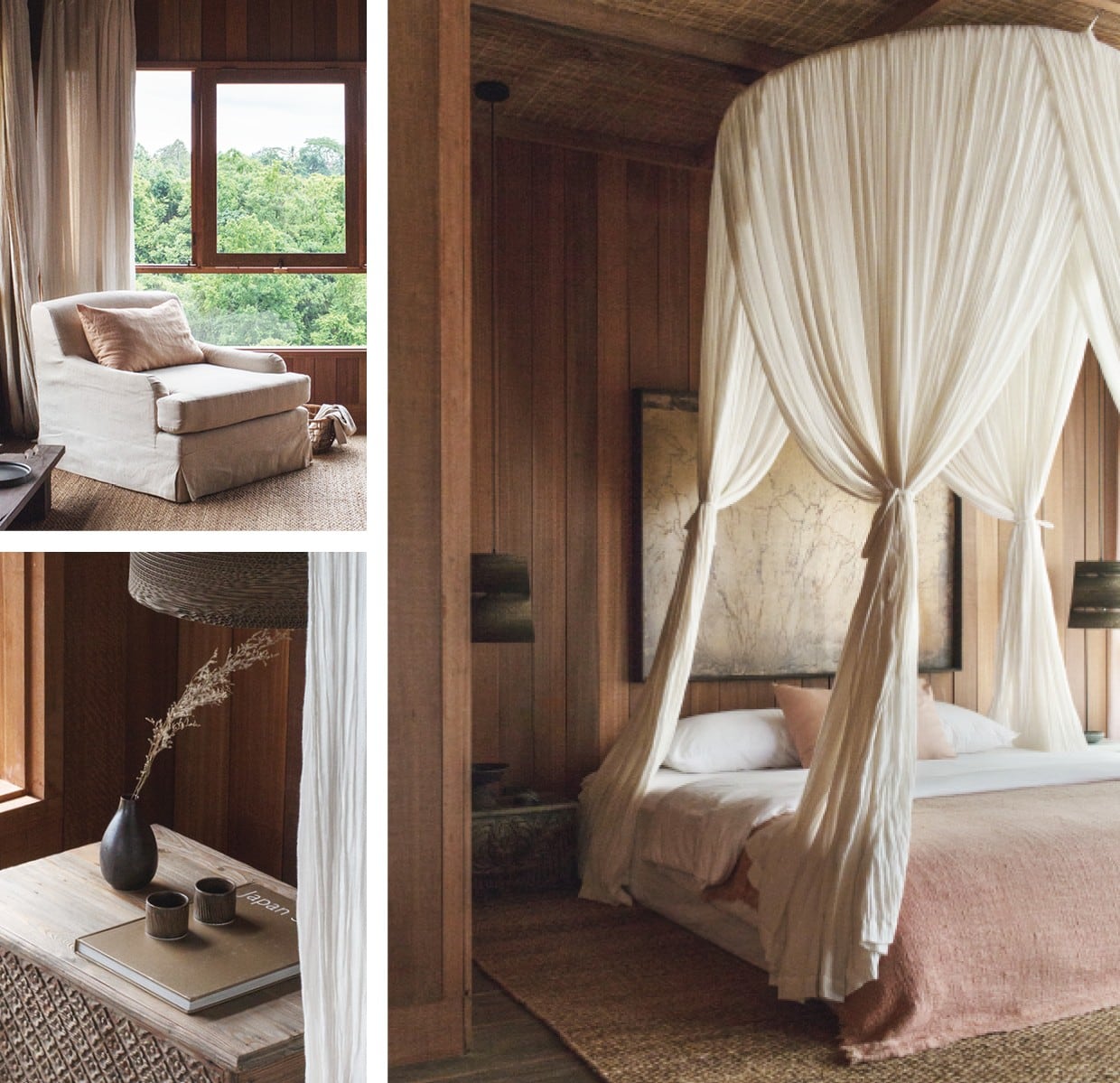 The building has a ground floor and a first floor. On the ground floor is an infinity pool with a terrace, a guest room (named after the Swiss painter Theo Meier) with a bathroom, a powder room, a kitchen and a living and dining room. The first floor has a relaxation area and two bedrooms, one named after Margaret Mead and another named after Charlie Chaplin (the master bedroom). Jencquel used a neutral, simple colour palette which leaves plenty of room for creativity. The materials are also natural, such as wood, woven grass and linen fabrics. The studio also worked with local woodworkers and craftsmen to preserve and reinstate as much of Rumah Purnama's Balinese personality as possible.