De Materia is a Polish architecture studio based in Poznan that was founded by Adam Wysocki in 2013. The agency mainly designs residential projects such as Apartments in Wolf Clearing that got its name from its location: Wolf Clearing in Karpacz near the Śnieżka, the highest mountain of the Giant Mountains on the border between the Czech Republic and Poland. 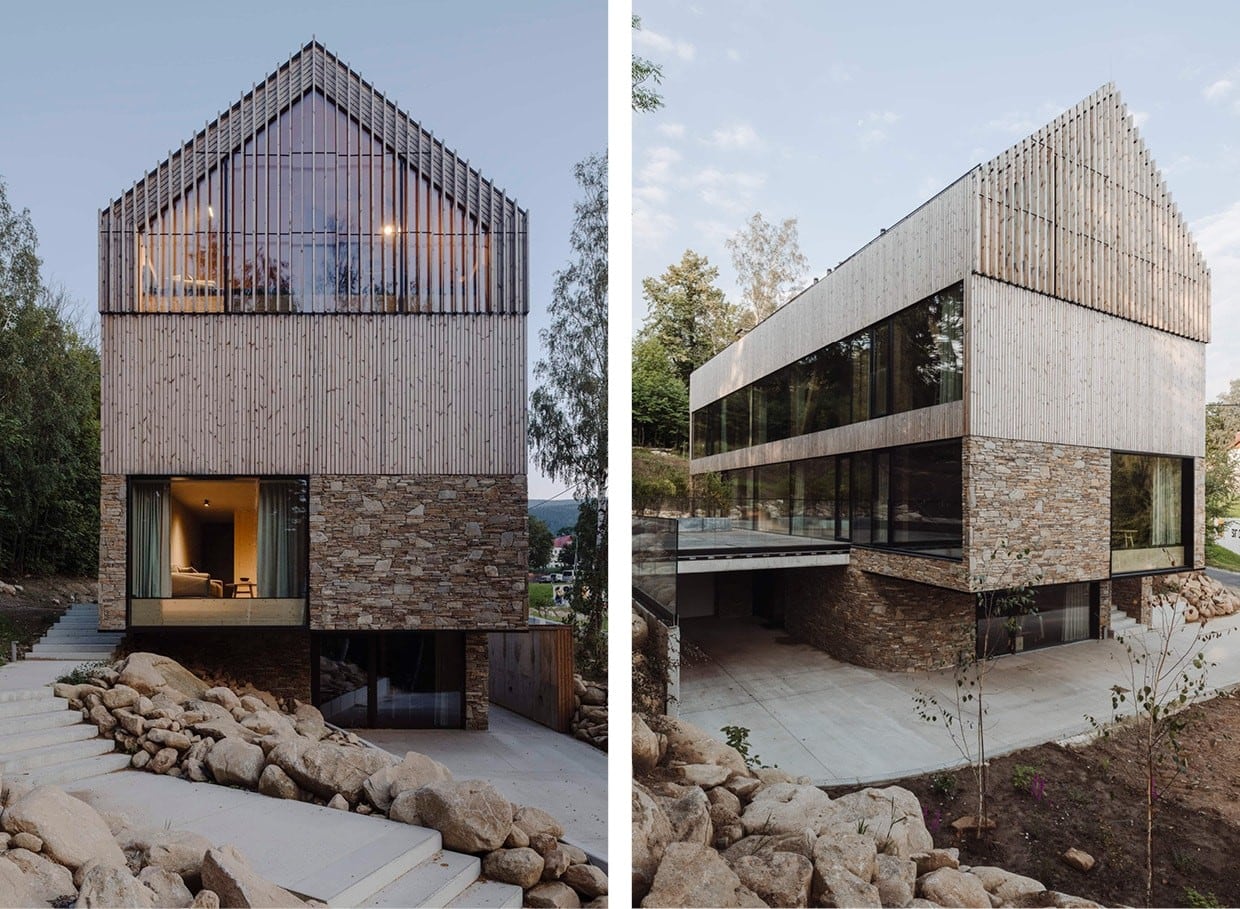 The project consists of two buildings, one of 446 square meters with eight apartments and one of 565 square meters with seven apartments. Each apartment has a kitchen, a dining room, a living room and a separate bedroom with a bathroom. A traditional reception was not used to save space. Instead, the architects opted for a complete online booking and admission system. 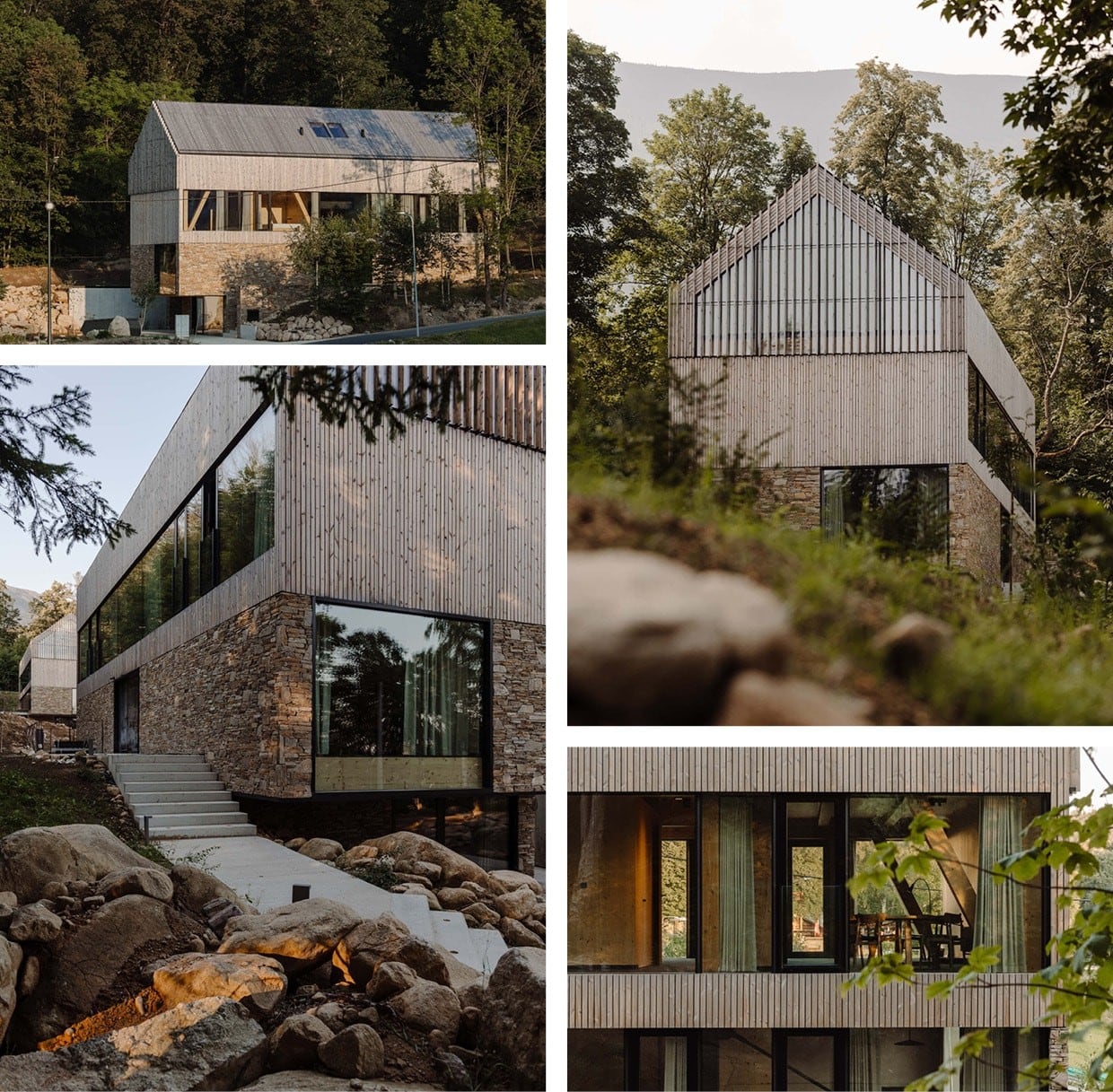 The design is inspired by the traditional architecture of chalets in the Giant Mountains, which is characterised by elements such as a stone 'pedestal', a visible wooden structure, a facade covered with wooden planks and wooden shingles. In Apartments in Wolf Clearing, De Materia honours these traditional characteristics by using renewed versions in the design. The basement and ground floor are constructed of concrete and gneiss stones. This creates a heavy, solid base that carries the wooden structure of the two floors above. The sides of the buildings have huge glass windows that run along the entire length of the structure to open up to the surrounding landscape. At the front and back of the building, the highest piece of the facade is made of glass. The glass is covered with vertical wooden slats as a reference to the typical wooden facades of the region. The rest of the facade is covered with pine wood. 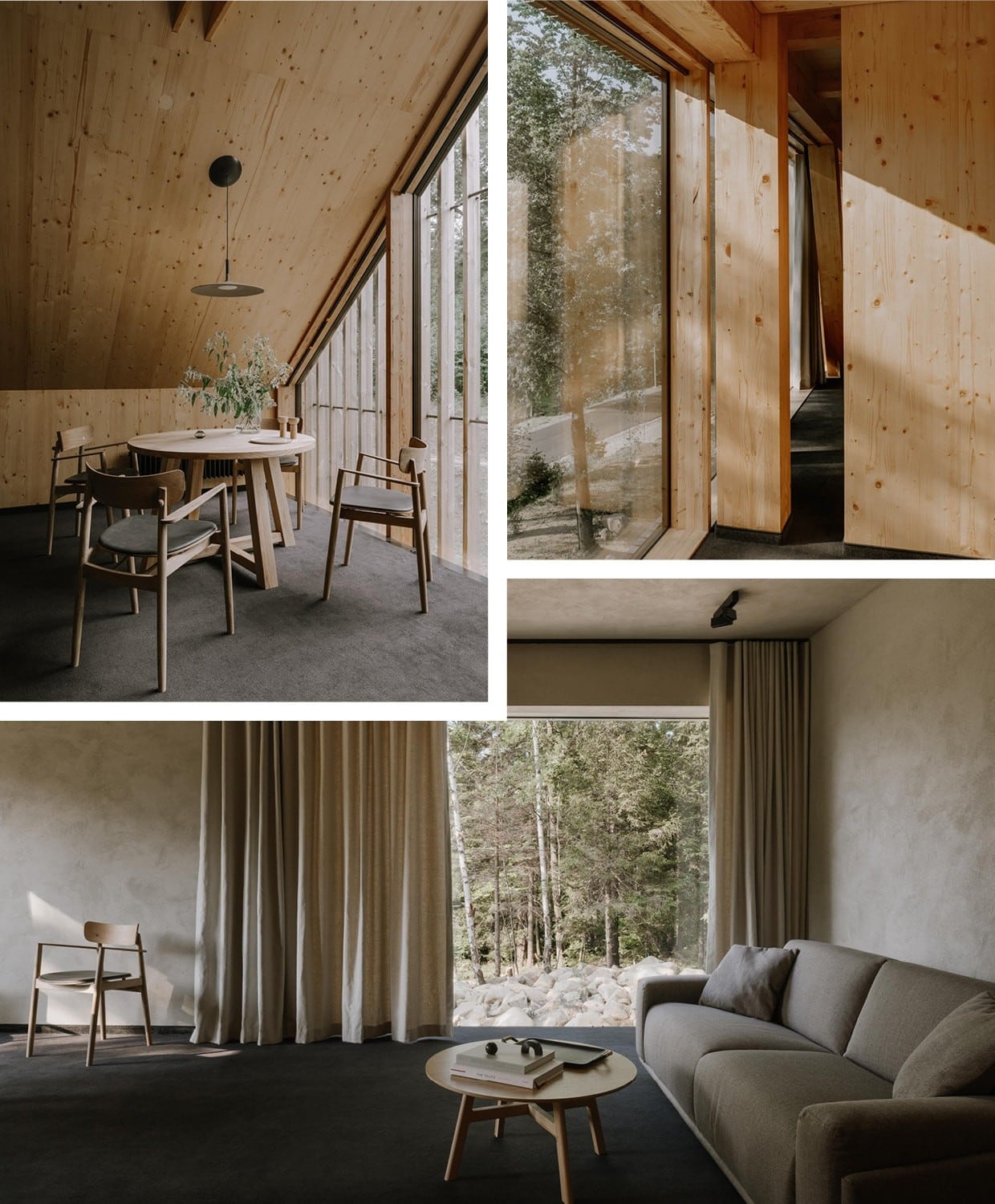 The materiality creates a clear separation on the inside and on the outside. 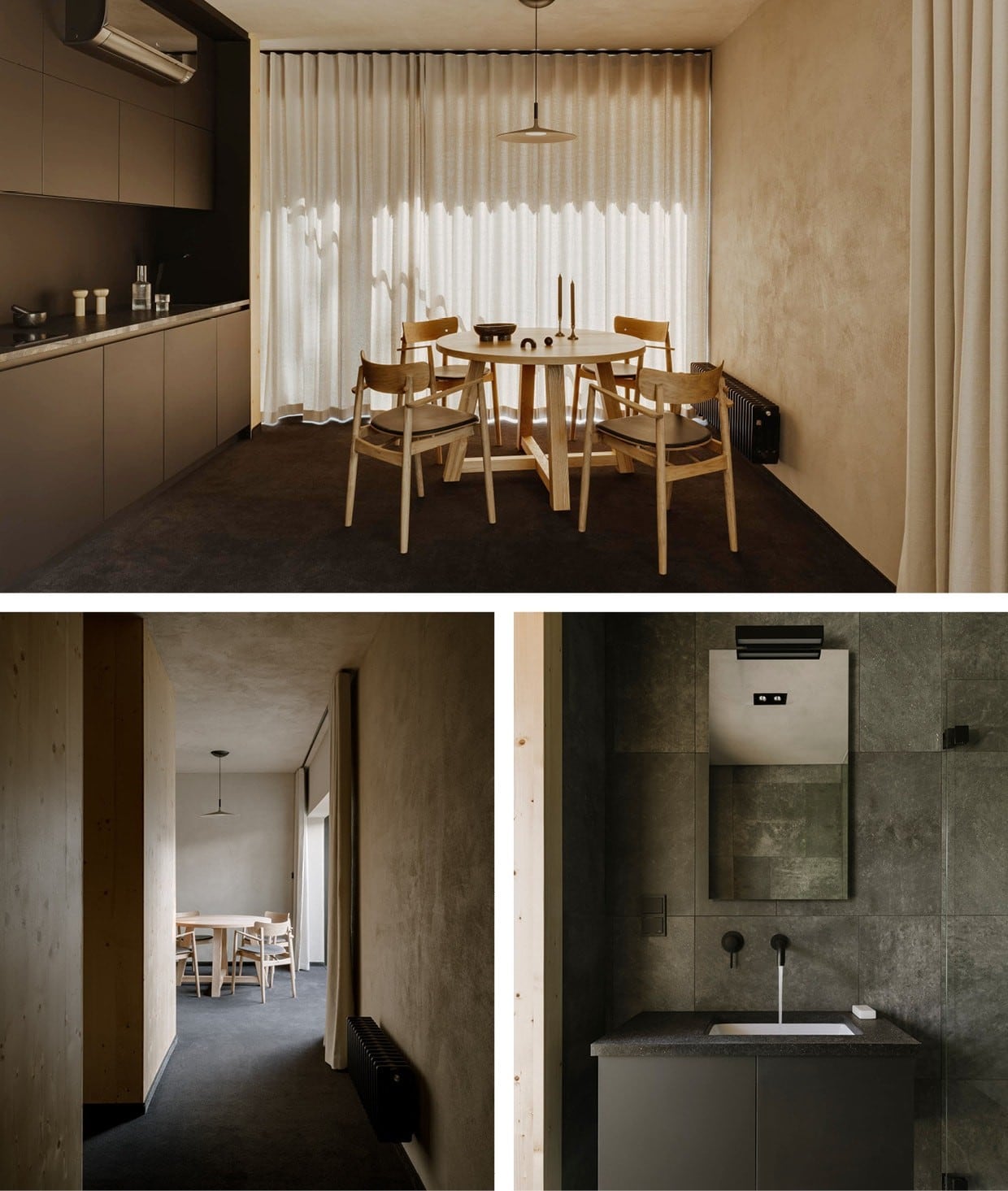 Just like on the facade, the interior of basement and the ground floor are dominated by stone finishing and the inside of the first and second floor have wooden finishing. The materiality of the building creates a clearly visible separation on the inside and on the outside. The bottom layer is made of stone and the top layer is made of wood. Apartments in Wolf Clearing are two buildings that give a modern twist to the regional architecture resulting in a project that has the cosiness of a mountain chalet and the modern comforts of a new home.