The American interior designer Mikey Estrada designed a luxurious, minimalist home in the heart of Copenhagen, intended as a brief escape from the hustle and bustle of the city. White tones were predominant and every piece of furniture in the house had to have a clear purpose. 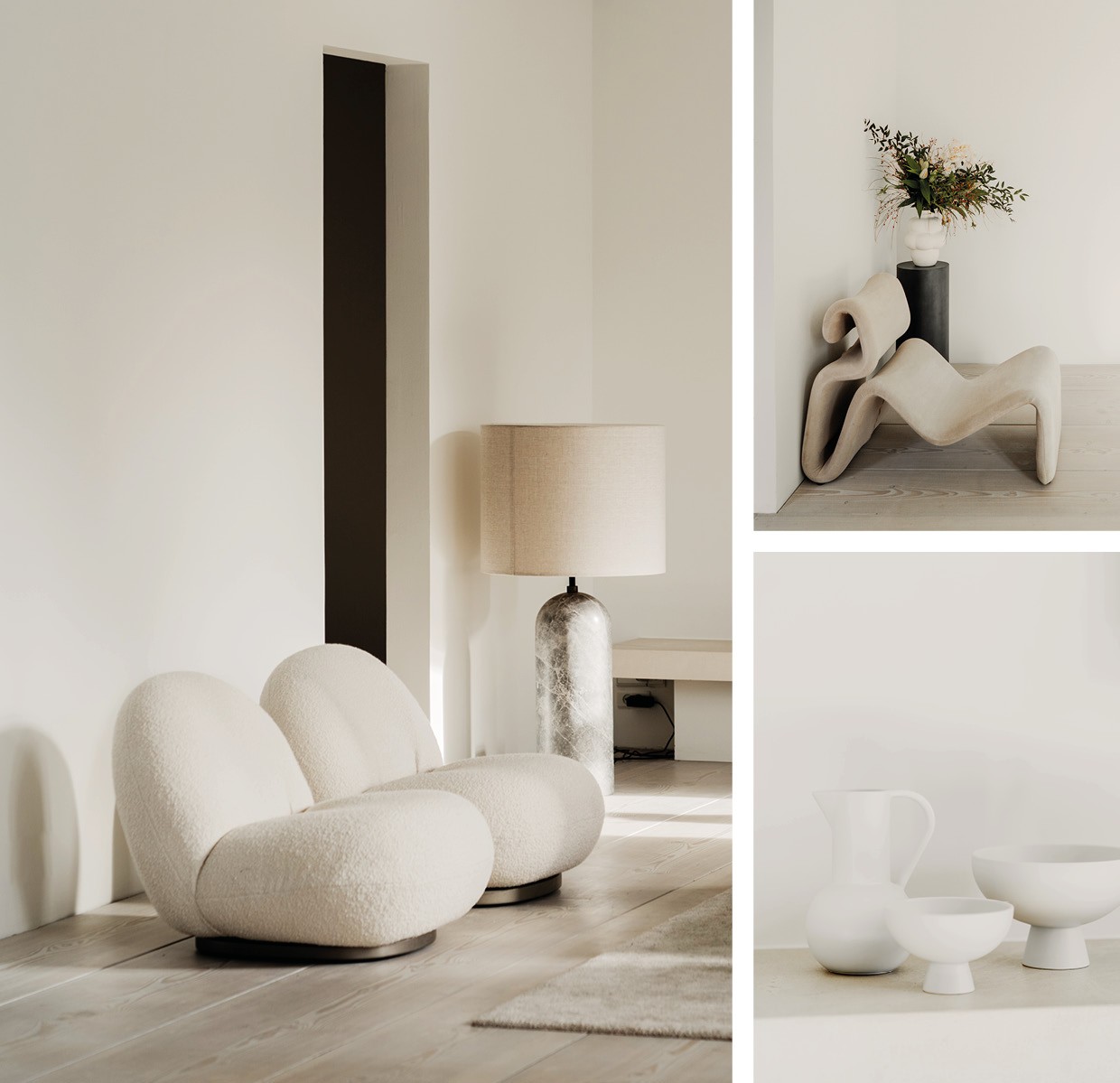 If you don't know the name Mikey Estrada, we'd like to change that now. The American began his career in the fashion industry, but when he no longer felt inspired there, he switched to the world of design. ‘My father had a construction company and was an architect, as was my uncle, so I was supposed to go in that direction as well,’ the designer tells us. ‘At the age of 19, I taught myself all the tricks of the trade, through social media like YouTube and Instagram.’ Estrada also began to photograph for interior magazines and visited several furniture fairs in Denmark and Stockholm. ‘I wanted to see what goes on behind the scenes in the interior design world and connect with people.’

The American finds inspiration everywhere in his surroundings. ‘This can range from music, clothing, photography, parties, travel, art, New Wave to interior designers from the 70s like John Dickson and Arthur Elrod or old films from the 70s and 80s.’ Icons like Emil Dervish, Joseph Dirand, Pierre Yovanovitch and Hedi Slimane also influence his work.

Only pieces that make sense and fit in with the residents’ lifestyle were given a place. 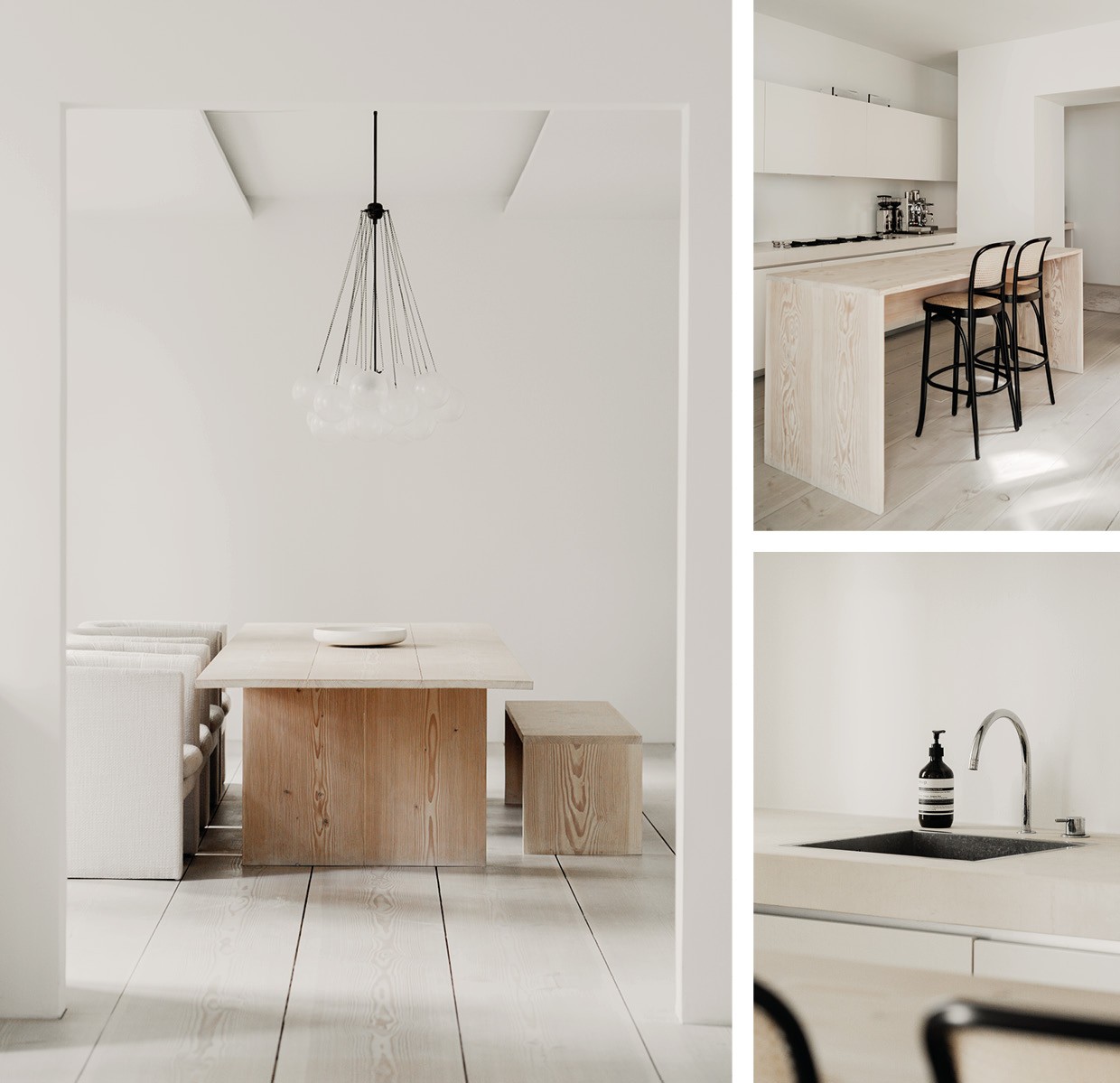 The project we are highlighting here, an apartment in Copenhagen, Estrada designed for Danish model Philine Roepstorff. The aim was to design a luxurious, minimalist home away from the hustle and bustle of the city. In doing so, the designer stayed away from the traditional Danish style but took a more personal approach. In order to guarantee peace and comfort, white tones were predominant, interspersed with beige and a touch of brown. Black was used to provide contrast. In terms of materials, there was a lot of wood, oxidised materials, different kinds of marble and many different structured bouclé materials.

In order to ensure the interior architecture of the flat, each piece of furniture had to have a purpose: only pieces that make sense and fit in with the residents’ lifestyle were given a place. It was also important that the whole of the objects fitted in with the sharp lines of the rooms. As a coffee table, Estrada chose some marble pieces from Menu. The timeless pieces can change the space, depending on how you position them, we hear from the designer. ‘I make sure the client always has the versatility to change the living space and use the coffee tables for any occasion.’ 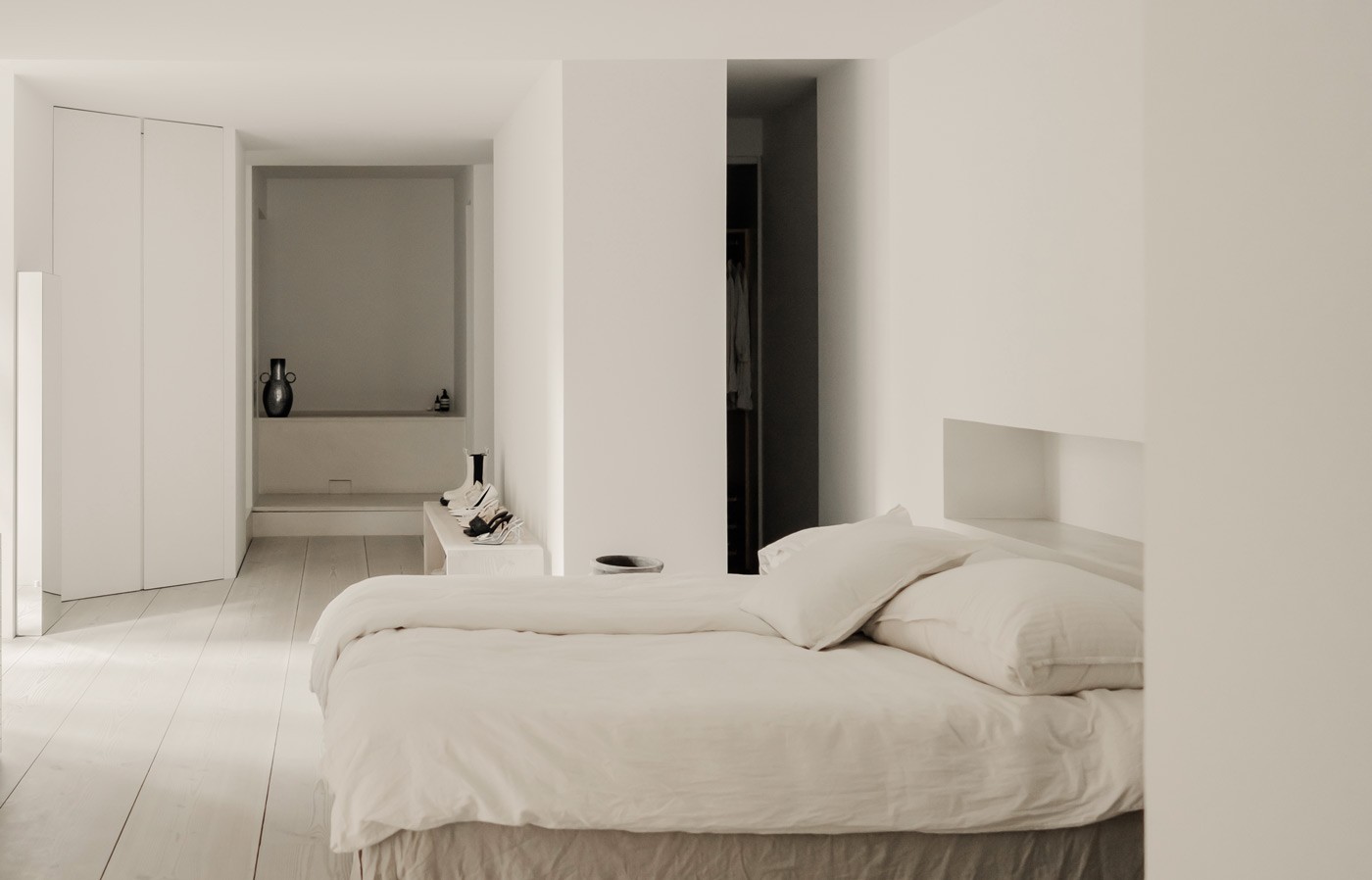 The Cloud 19 ceiling lights by New York design studio Apparatus could not be missing from the home either. ‘The spectacular artwork is reminiscent of 1930s New York – during the Art Deco style – or of a James Bond film from the 1970s. It really is a showpiece.’ And last but not least: the Pacha chairs by Pierre Paulin. ‘The comfortable and fun design is inviting, which makes the chairs perfect for any environment,’ concludes the designer.