Wafai Architecture was able to knock Imagicasa’s – and undoubtedly her readers’ – socks off with its spectacular house concepts in equally impressive environments. The dynamic designs for Lake House and Mountain House combine flowing lines, organic, playful forms and an abundance of natural light. An absolute expression of architect Abdul Sater Wafai's talent and skills.

We sat down with founder Abdul Sater Wafai, better known as Wafai, and talked about his studio and two of his impressive projects: Lake House and Mountain House. Wafai tells us that his way to architecture as a profession was different than for most architects. Let’s say he did not follow the standard trajectory. He obtained his bachelor’s degree in Architecture at the University of Damascus in 2011, after which he moved to Turin. There he took a master's programme in Art in Automotive Design for another two years. "I fell in love with automotive surfaces and the emotions that can be reflected using design. At first I thought that automotive design would broaden my horizons. I learned a lot and it meant a lot to me." But Wafai soon became bored when he worked in the automotive industry for a year and quit. However, his architectural dream was still there, so he went back to college. He studied at night and during the day the designer worked full-time for a large Original Equipment Manufacturer (OEM) company. The go-getter eventually obtained his master's degree in Science in Architecture and Sustainable Design after which the story of Wafai Architecture began on Instagram. 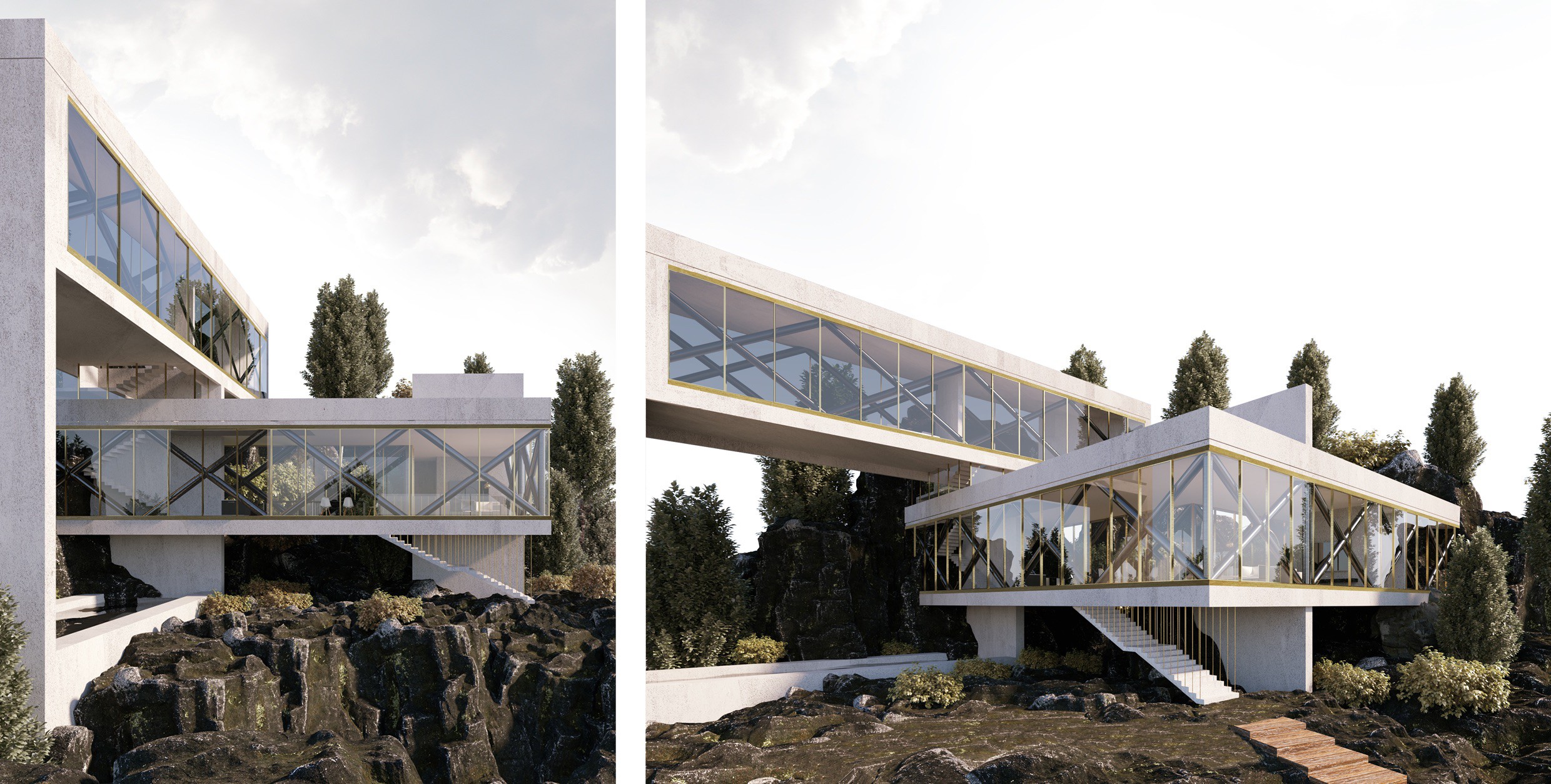 Maybe you didn’t follow the standard trajectory, but did you always want to be an architect?
“Yes, it has always been my dream as I was born for this. I still remember that during the preparation course of our architecture entry exam, the tutor asked all the students one by one what they were going to do and study if they failed this entry exam. my answer was without hesitation architecture again.”

What is your design philosophy?
“Form follows feelings, function follows experience and everything is managed under the principle of simplicity.”

How would you describe your work and style?
“Architecture is not just like any other profession. It is a product of culture and civilization. In my designs I focus on the light values and the experience of spaces, the transitions and the atmosphere, all enhanced and imposed by one strong theme. Everything surrounding that theme is simplified.” 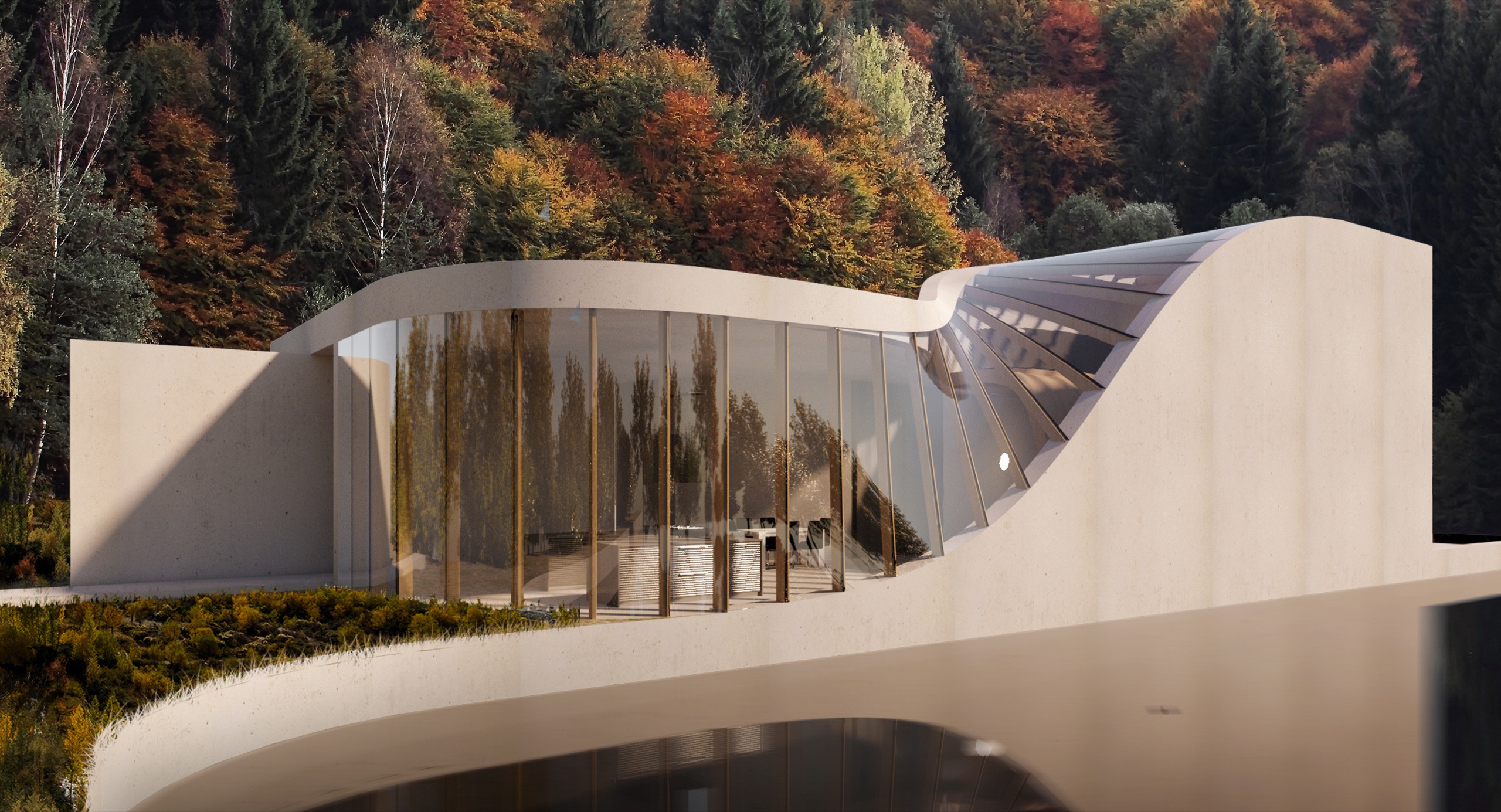 What do you want to achieve with your work?
“With my architecture I want to achieve playful and manageable spaces that will improve people’s life, also mentally and inspire and trigger them emotionally in every aspect. I believe our architecture and cities shape us. There is a sort of conversation between humans and spaces. This dialogue is demonstrated by human’s recognition of space, light and the following feelings that are formed toward a place.”

Who’s your favourite architect?
“There are many, but Tadao Ando, Kenzo Tange, Santiago Calatrava and Bjarke Ingels are the first to come to mind.”

Location plays an important role in your projects. What can you tell us about Lake House, which is located by the Türlersee in Switzerland?
"I was fascinated by the nature, it was a hundred times better than the pictures online. I studied the features of the terrain and sometimes gently contrasted them or other times emphasized them. For example, the dynamic shape of the house stands in quite a contrast with the lush forest behind it. The surface of the wall gradually transforms itself into a roof element. These dynamic lines lead the viewer's eye to the forest and allow the house and its surroundings to merge. It will be difficult to distinguish the house from its surroundings in the winter months.”

And which feeling do you want to convey with Mountain House?
"At first glance, it looks like a number of floating slabs with some glass and steel structures in between. It is an experiment of a fragmented arrangement of living spaces that redefines the transitions of the house functions. The upper volume contains the bedrooms and is visually separated from the lower volume. The transition is defined by a panoramic staircase that connects the functions vertically.”

This interview was originally published in Imagicasa Autumn 2019. You can still order this issue via our webshop.

Emmanuelle Rybojad on her ‘neon art’