The curator of Tate Liverpool talks about Keith Haring

On 6 december 2019, a prestigious retrospective of Keith Haring starts at BOZAR. Earlier this year a large collection of paintings, collages, frescoes, videos, etc. of the iconic artist with their own eyes, will be happy to know that the same works will be on show at Tate Liverpool from June until November. The two museums joined forces, "which only benefits the international character and the high quality of the works on display," says Leen Daems of BOZAR.

Because BOZAR does not have a permanent collection, they often work together with other institutions. To get works on loan and organise prestigious projects, a partner like Tate Liverpool is a great added value in the process. In the spring of 2017, the two museums organised a successful retrospective of the Fresh artist Yves Klein. Now, it’s Keith Haring’s turn to be at the centre of attention. And what attention that will be! Haring is no small fish and his diverse oeuvre has more than deserved its place in art history.

Public Art
Keith Haring (1958-1990) was an important name in the New York art scene during the 1980s, alongside Andy Warhol and Jean-Michel Basquiat, with whom he frequently worked together. He wanted to reach as many people as possible with his colourful works, which explains the recurring portrayal of barking dogs and dancing figures. At the same time, his drawings, paintings and collages also held a political message. The large-scale exhibition, which will travel from Tate Liverpool to BOZAR in Brussels and Museum Folkwang in the German city of Essen, will recreate the atmosphere of the eighties and show how Keith Haring became the iconic artist we know today.

We were able to talk to Darren Pih, curator at Tate Liverpool, about the meaning of Haring’s works and the highlights of the exhibition. 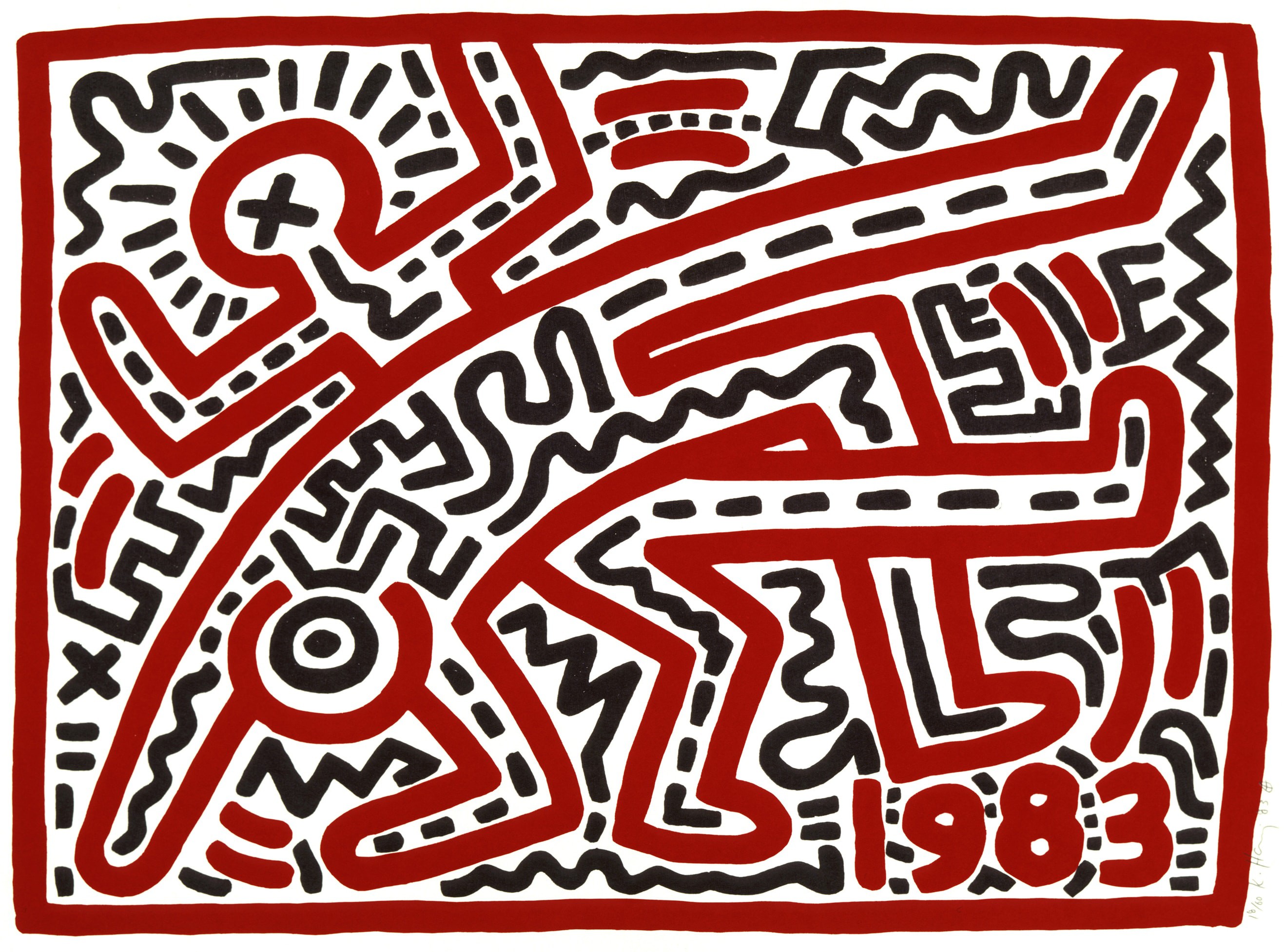 What was the impact of Keith Haring’s work during his lifetime?
“Keith Haring was determined to create a truly public art, and he made work that was both accessible in aesthetic terms but could also be seen by a large and diverse audience. He was an activist concerned with issues such as nuclear war, the opioid crisis and the AIDS epidemic and used recognisable symbols and slogans to get his message across. Haring’s subway drawings proliferated on the New York subways from 1980 to 1985 and while creating these works the artist would interact with commuters. He also created many murals working with various communities, charities, and groups of children. In addition to this Haring actively took part in demonstrations, creating and disseminating thousands of posters protesting serious socio-political issues.”

What is the relevance of his works to this day?
“The topics that Haring addressed in his work are of ongoing importance. While the dialogue around certain issues may have shifted since the 1980s they are still equally significant, especially during our current time of increased political and social turmoil. Haring had a great awareness of the power of images and combined these with the communicative power of pop culture and media to get his message across. He also understood the contribution that he could make to ongoing debates and wanted this to be continuous and ‘living’ even after his death. He stated: ‘An artist is a spokesman for a society at any given point in history. His language is determined by his perception of the world we all live in.’” 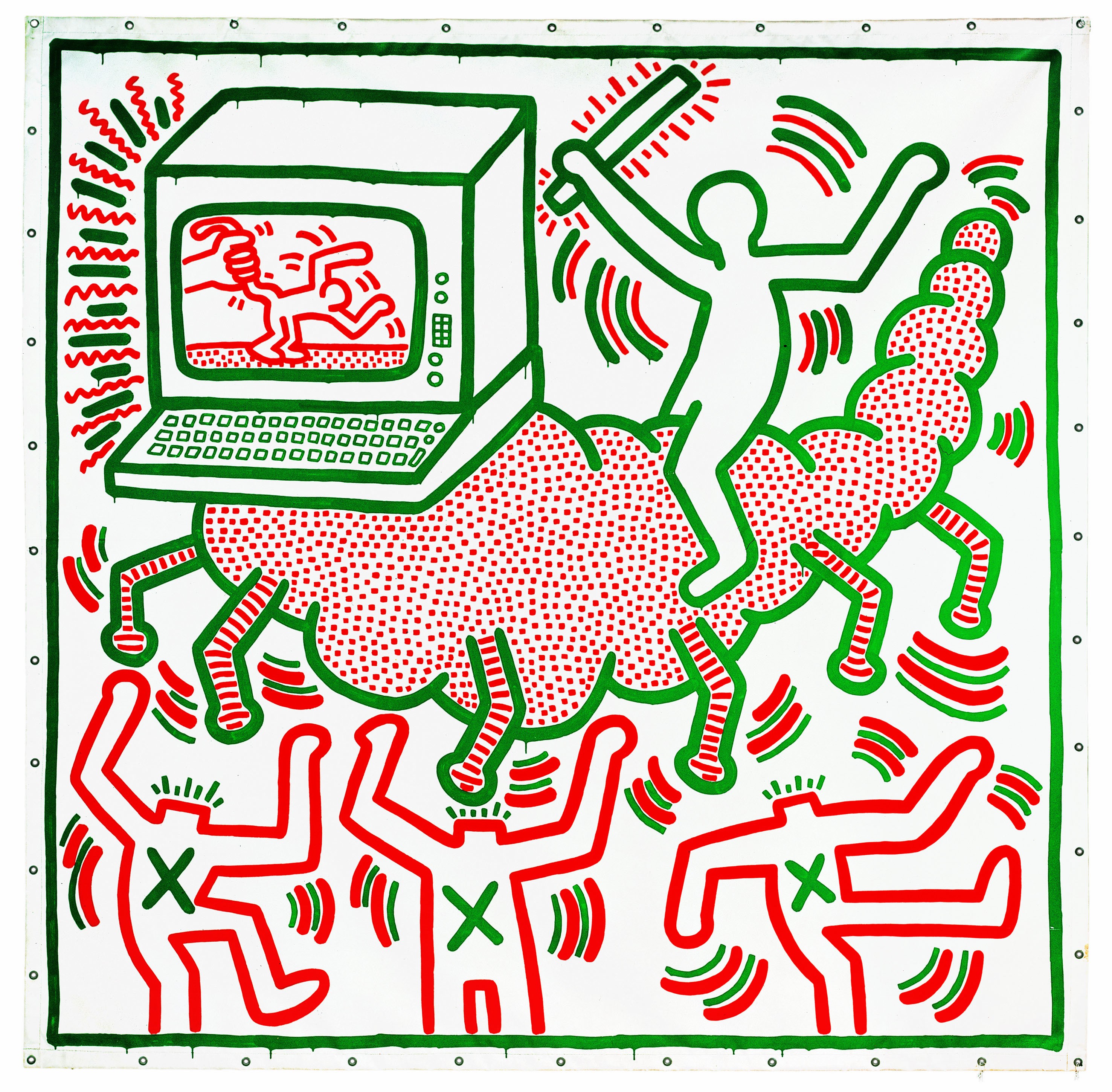 Which works will be the biggest highlights in this retrospective and why?
“For this exhibition, we aim to show the large variety of works that Keith Haring created, including lesser known works such as his collages, video works and ephemera. Works that will stand out include his large-scale paintings on tarpaulin that incorporate themes such as apartheid and the effects of mass media. As part of the show we will be creating a blacklight room with Haring’s fluorescent works. Similar to the blacklight room that he created himself at his gallery Tony Shafrazi in New York in the early 1980s, this space will include hip-hop music to reflect the energy of the time. Another highlight will be the 15-meter-long mural-like drawing titled The Matrix.”

Haring’s works are without a doubt very accessible, but do they also sometimes hold a deeper meaning?
“Haring’s work has a real immediacy. His was a very public art. It was shown in places where it could reach the widest possible audience, including public murals. To me, his work betrays a deeper meaning. Early in his career, he was very interested in semiotics and his trademark paintings are a form of language, juxtaposing apparently disconnected symbols such as crawling babies and flying saucers to create open-ended meanings. For example, the image of barking dog signified a ‘wake up’ call. It was a call for us to remain vigilant in an age of social injustice and violence.

“He was determined to create a truly public art”

What are Haring’s most famous works and which of his creations should people also know and why?
To me, Haring was a conduit for this time. He was compelled to speak of and for a new generation, creating symbols for it and displaying those symbols to reach multiple audiences. He was an activist and addressed issues which remain highly relevant to audiences now, including the AIDS and HIV awareness, racism and drug addiction. Yet perhaps his most famous image is the ‘radiant baby’ which became a universal symbol of optimism and positivity. Haring was both a realist and an optimist.”

What is your favourite work by Keith Haring and why?
“I really love his Subway Drawings. These really speak of the street energy of the time, when Haring was acquainted with graffiti artists including Jean-Michel Basquiat and LA II. He made the drawings in their thousands in early 1980s on the black rectangles used to cover expired advertisements on the New York subway. They completely contributed to the energy of his age, effectively constituting a regenerating pop art in the public realm.”

This interview was originally published in Imagicasa Art 2018. You can still order this issue via our webshop. And mark your calendar, because from 12 December 2019 our second art special will be in stores! 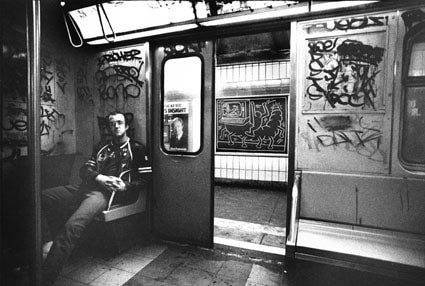 The subdued timelessness of Marc Merckx