The works of Reinier Bosch (Groningen, The Netherlands) balance between interior design and art. Yes, it is furniture, but the ideas behind it and Bosch's work process are more reminiscent of the way a painter or sculptor creatively develops a concept. Making a snapshot, being able to capture the fleeting and changing world in a still image.

Bosch is represented by the Dutch gallery Priveekollektie Contemporary Art | Design, but also by Roehrs & Boetsch in Zurich. In ten years’ time he already had six solo exhibitions and his work was included in more than 50 exhibitions, from Brussels to Milan, London, New York and even Shanghai. The Dutchman owes this international recognition to the fact that he works and thinks like a real artist. We would like to use the words of Roehrs & Boetsch, who describe the designs by Reinier Bosch quite fittingly: "The aesthetics in his oeuvre were undoubtedly influenced by minimalism, yet his works breathe poetry and a lightness that is rarely found in abstraction.” His work is often referred to as ‘collectible design'. Like art, it is something that appeals to collectors because of its uniqueness. The way Bosch approaches and produces his work allows him to do so in supreme creative freedom, even if it ultimately involves common functional objects such as tables and lamps.

The best way to illustrate Bosch's work is with The Melting Series. The first objects under this name were made by the designer as early as 2012. Now The Melting Series has grown into a real collection with various decorative and functional objects, which are exclusively available at Pribeekollektie Contemporary Art | Design.

This series of 'art furniture' came about after an experience that left a great impression on Reinier Bosch: "During a trip to Tibet I saw a man outside dyeing boxes with red spray cans. This made the surroundings reddish, there was a fusion between object and environment. This poetic idea, in which an object becomes one with the background, was the starting point for The Melting Series. Forms seem to melt, merge into one another and become a whole. What also plays a role is Bosch's dynamic design process. He chooses moments that usually evolve in time, but then stops time for a moment. The result is something that seems to move. The golden drops seem to melt and flow off the bench. In reality it is a static object and was also made as a whole.

Imagicasa was able to ask the artist some questions about this fascinating series that touches the boundaries between art and design.

"His works breathe poetry and a lightness that is rarely found in abstraction."

Do you rather see yourself as a visual artist or as an architect/designer?
"I've always had ideas that I wanted to develop creatively. With my work I tell a story and try to change the world by incorporating my own insights. So, all these expressions – which you can place inside a room or outside of a building or residence – are both functional and a work of art on which you can reflect.

What idea is behind The Melting Series? What feeling do you want to create with it with the viewer?
"What has become an important theme in my life is that everything in life has just as much value as something else. When I realised that, I started working with it. The position of the viewer – in relation to the work and his position in life – is also a theme that recurs everywhere in my work. What The Melting Series presents is an object melting and thus transforming. At the same time, you want the object to stay as it is, but you can't stop it and you will see it change. Hovering between object and idea, holding and letting go." 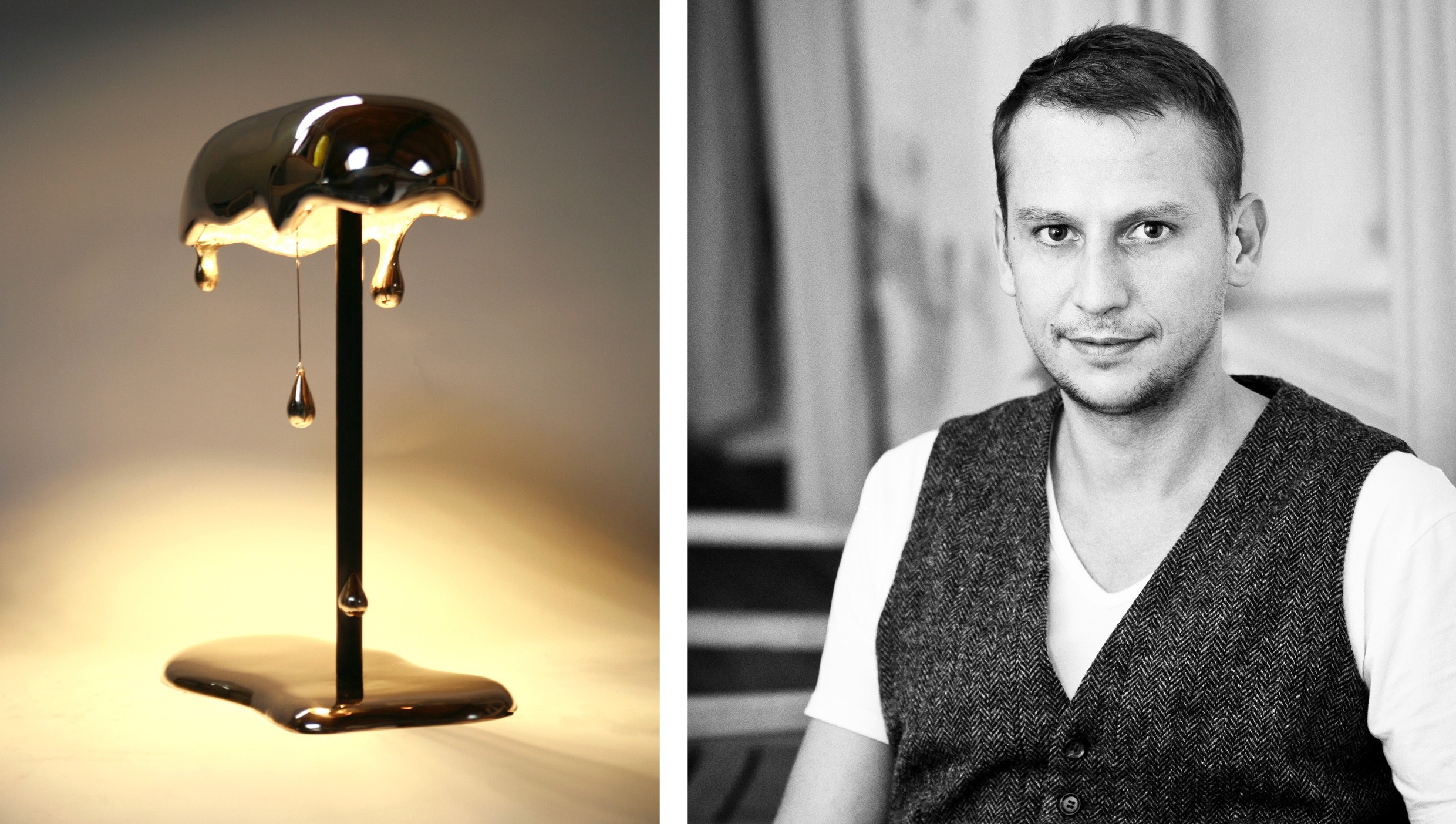 Are these designs intended as functional objects or rather purely decorative such as art?
"For me it is not so important whether it is art or design or architecture. These are ideas of which I think they should exist, in order to make the world a little bit more beautiful."

Where do the names of the objects come from?
"All names always have some kind of special meaning for me because I want them to say something about the form, the idea and sometimes specifically about the function. Blob and Splash! are obvious. As for Ink writer, I really see myself writing beautiful letters to friends at such a special lamp. Golden Lagoon is more like reference to claiming a place in the house that can offer you the same experience as those hidden waters where you can swim, like the ones I suddenly discovered on a trip through Thailand. In a similar way these pieces are also (liquid) hidden treasures in the house."

This interview was originally published in Imagicasa Art 2018. You can still order this issue via our webshop. Our second art special is now also available in stores and online!