From 15 May to 1 June 2020 there will be an exhibition at Galerie Alain Hens about Simone Lacour (1926-2017). We spoke with the gallery owner about the intriguing works and the unique talent of this artist.

Although Simone Lacour is not a very well-known name among the general public, her works are certainly worth writing about and introducing to our readers. Lacour was born in Antwerp, but later moved to Liège, Brussels and finally Paris. As an avant-garde artist she was very active in the 50s and 60s and developed an individual and surrealistic style, but she also uses elements of expressionism. 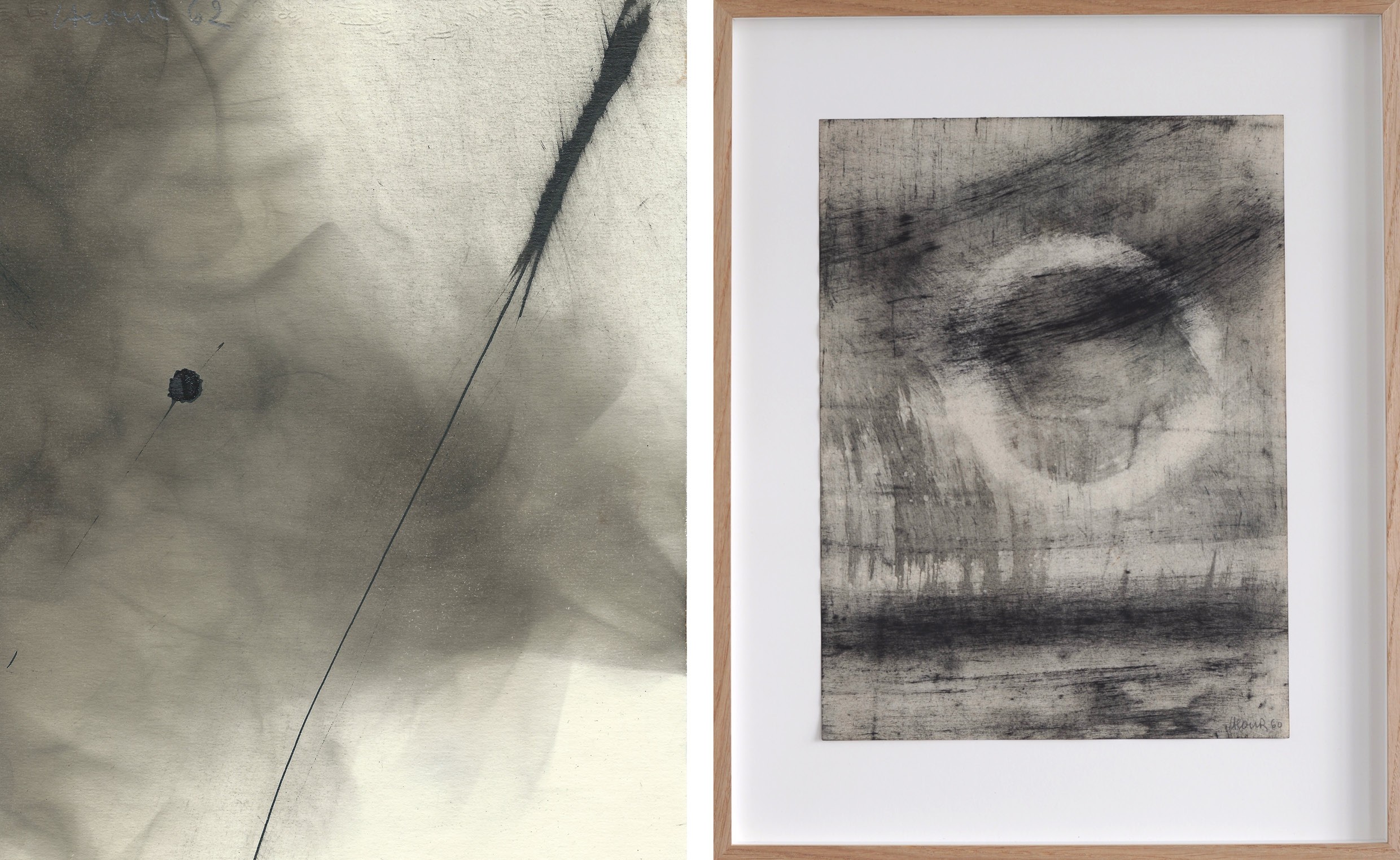 Lacour made paintings and drawings as well as assemblages. In her abstract works she wanted to ‘make the invisible visible to the naked eye’. Over time, a tactile element comes into her works through the addition of certain ingredients to the paint. In the early 1960s she even started making the so-called ‘painting and object poems’, real three-dimensional works. Later on she will work figuratively again, but in a simplified way, although she gradually to a more ironic position and showed a world ‘in which nothing is real, as people think they see it’.

Simone Lacour shows a world ‘in which nothing is real, as people think they see it’

At the moment some of Lacour's works from the period 1958-1963 are on display in the new, private showroom of Galerie Alain Hens in the South of Antwerp. We were able to ask the gallerist some questions about the artist in order to get to know her life and work better. 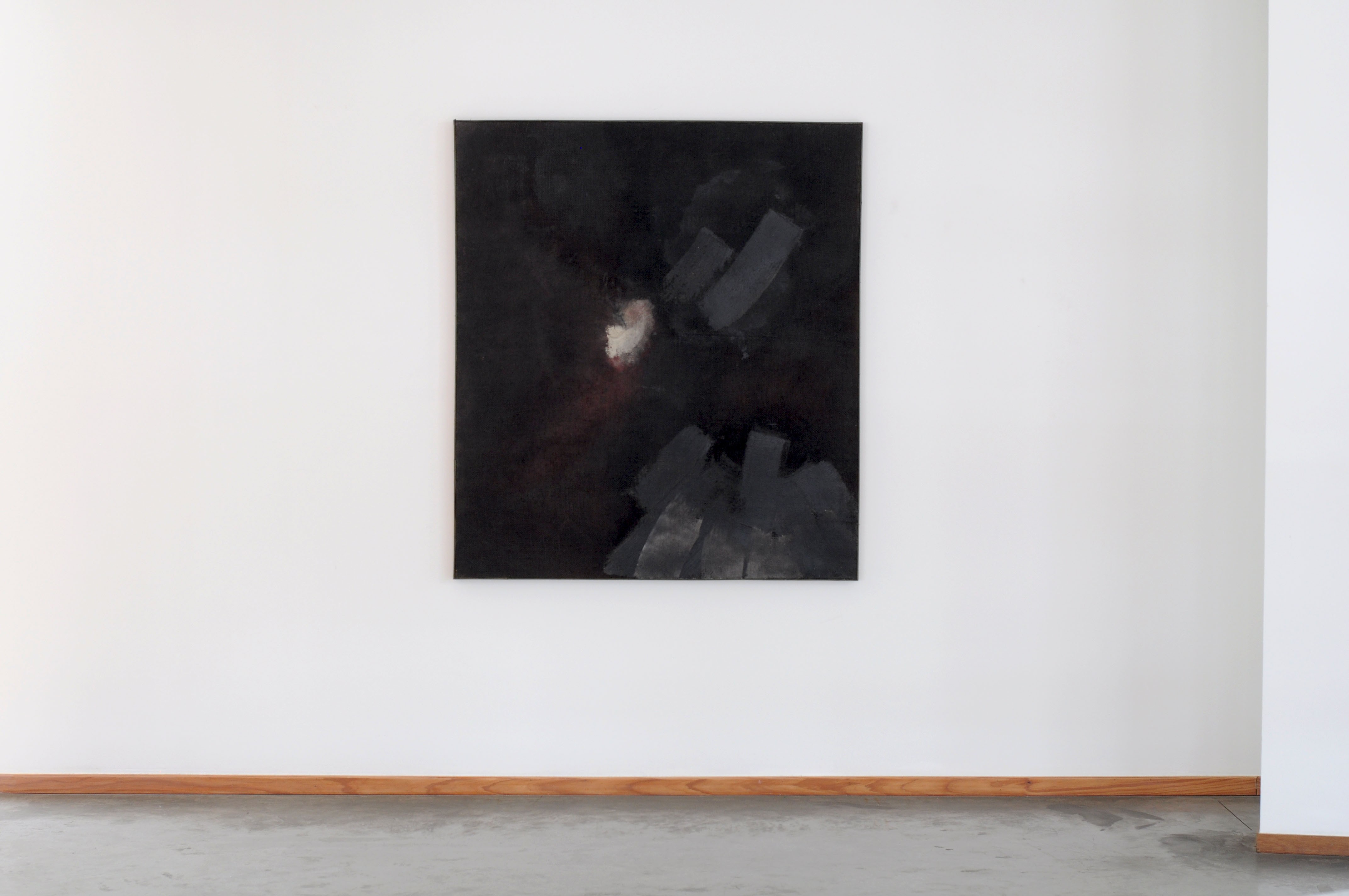 What attracts you so much to the work of Simone Lacour? How did you discover her?
‘Character and the way she works from her endless imagination in which she did not censor herself. I know her name from posters of important exhibitions in the fifties and sixties. Other then that, she was completely unknown to me until I bought one of her works at an auction. That's when the ball started rolling…'

What are the main themes in her work?
‘Perishability, melancholy, human existence. Strong emotions searching for a meaningful dementia. Each work of art is a personal product in which she tries to reconcile herself between the dualities: the collective and the individual, between the cosmic and the human.’ 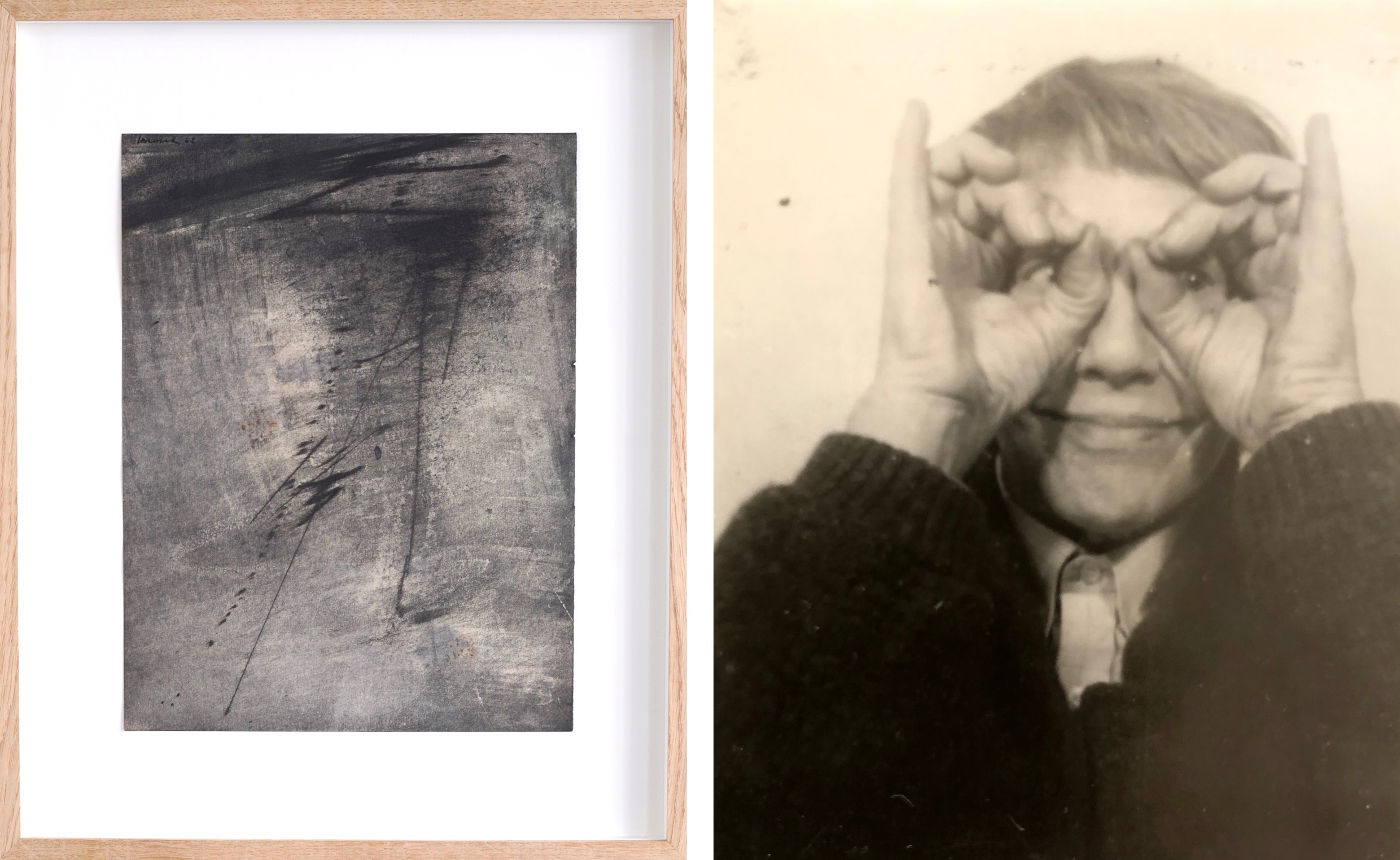 She developed an individual and surrealistic style, with elements of expressionism

What are the greatest achievements of this artist?
‘That she has always remained pure. Has not allowed herself to be influenced, even by her famous friends Delveaux and Magritte.’

The current exhibition only focuses on a certain period of her career, have there been other important periods in which Simone Lacour took a completely different approach?
‘The Vélums! From 1963 she starts making so-called 'vélums'. Straightforward pioneering work. She applied aluminium shapes to a canvas and pulled the canvas over. Work that is about revealing vs. concealing. Very strong and innovative.’ 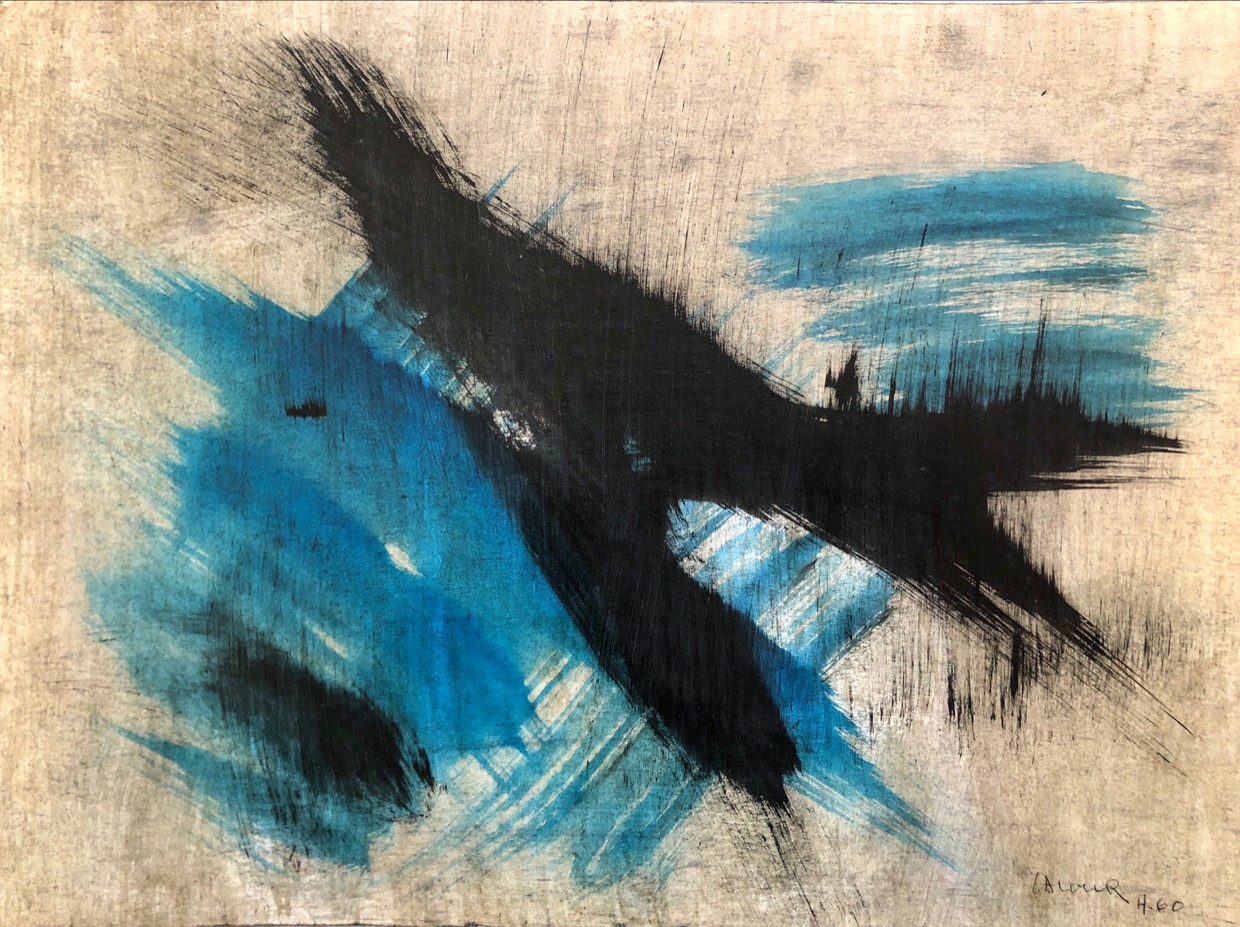 In what way is the work of Simone Lacour multimedial?
‘In order to arrive at her autonomous aesthetic language, she uses materials, textures and objects in an unconventional way.’

WWe also talked to Alain Hens about another great Belgian talent, André Bogaert. We would like to present his work extensively in the upcoming summer edition of Imagicasa magazine. That issue will be published at the beginning of July 2020, but you can now take a subscription on our magazine via our webshop to be the first to receive it. 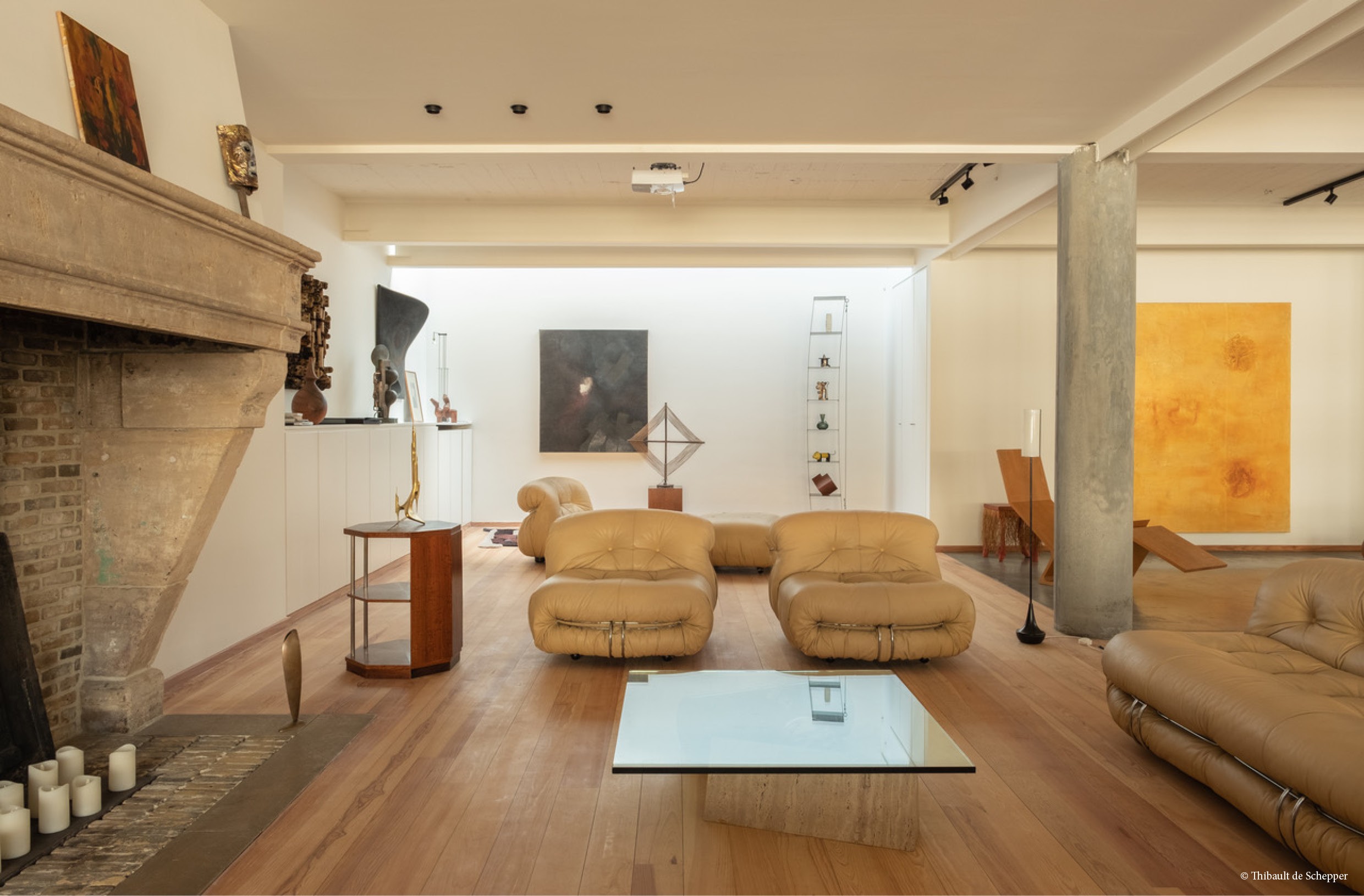