The Little Venice residence is, as its name suggests, hidden between the picturesque streets and canals in the ‘Venice of London’. Behind the façade of this 150-year-old building lies a world of sleek design, historical details and impressive art. Imagicasa spoke with David Siverson of Originate London about the restoration of this unique project.

As if you would enter an art gallery. This historical residence from 1860 in the Little Venice Conservation Area of London does not only have a rich history, but also an extensive art collection that covers the historic walls of this building. After successive decades of renovation work on the house, losing almost all historical details, architecture firm Originate took part in the difficult renovation. And they have succeeded in their purpose: 19th century history meets 21st century design. 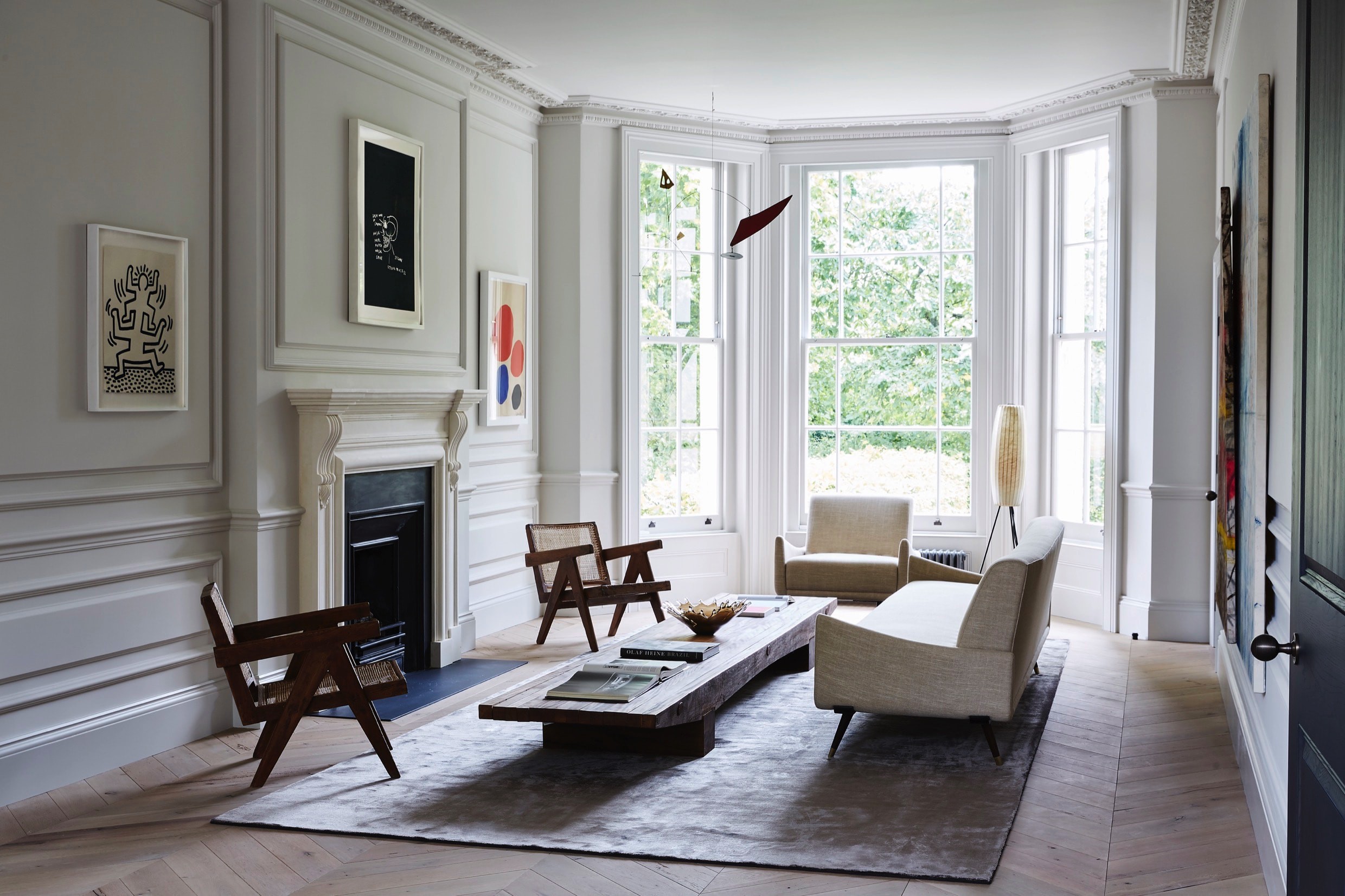 Was there a specific assignment from the owners for this project
“The owner of the property wanted to create an 'open and sleek' feeling. Many 19th-century properties in London are quite narrow, and he had been searching a long time for two houses that were merged. To him it was important to have spacious rooms where he could exhibit his extensive art collection. We had to find the right balance between designing a house and an office, as well as some kind of art gallery. He also wanted as few doors as possible so that the rooms would flow into each other.”

Where did you get the inspiration for the design?
“Our client has an extensive art collection that gave us an important insight into his taste, which is modern and monochromatic. This formed the basis for the rest of the design.” 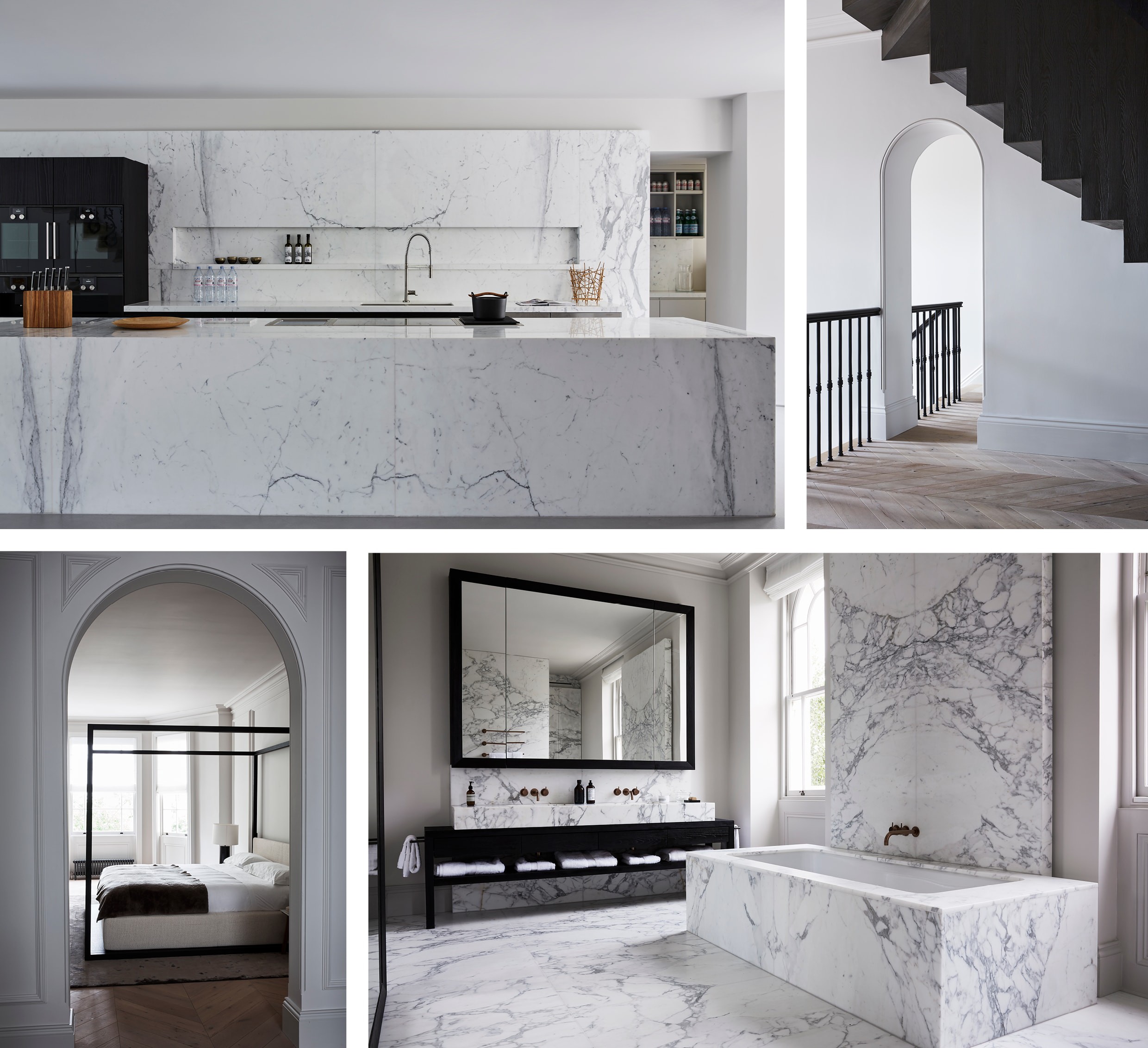 Did you have to take into account the particularities of the house or its surroundings when designing?
“During the earlier merging of the two properties, many of the original details were lost. We convinced the owner to restore these details to their original state in order to bring back the house's glory. New, modern elements were also subtly integrated so that there would still be a clear difference between the historical and modern elements. The only exception is the basement which was extended to create a passageway to the backyard. It was designed in a modern, minimalist style.”

What are some eye-catchers in the interior?
“The owner's art collection is of museum quality. The Calder-mobiles are probably the key pieces of the interior. They fit very well with the height of the rooms and the simplicity of the design, giving them space to ‘breathe'. In the kitchen, a central island was installed in Statuario white marble that is 8.5 meters long and therefore has a rather dramatic appearance.”

The colour palette is deliberately limited to make the art and furniture fully stand out.

What materials and colours were used?
“The range of materials and colours was deliberately limited because we didn't want the interior to compete with the art, but to complement it. The walls are greyish white and all the joinery and millwork was made from larch wood that we painted black and then sanded with steel brushes to emphasize the rich structure. Consciously maintaining this minimal palette makes the furniture and art fully stand out.” 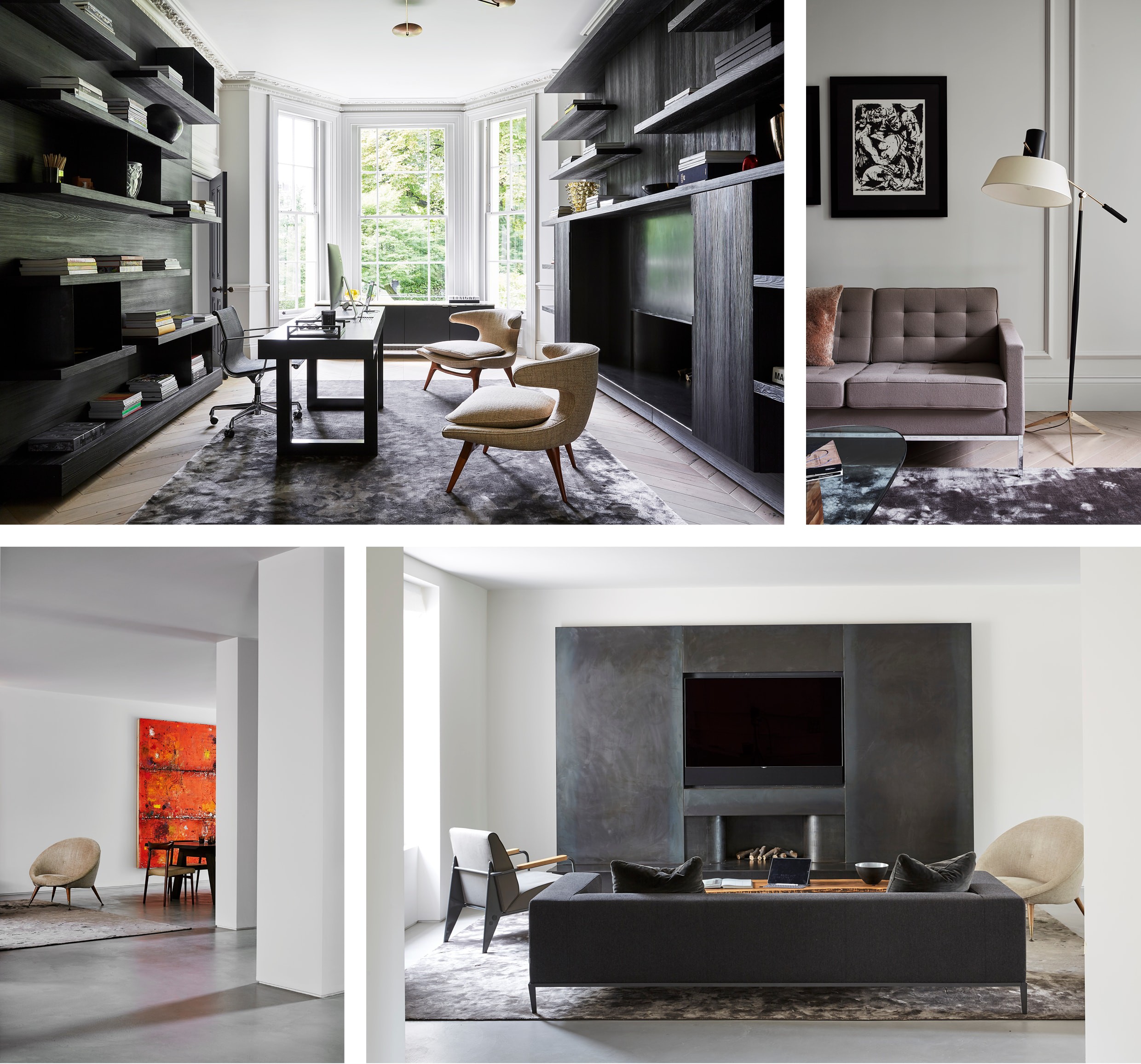 What was the biggest challenge for you?
“The most difficult part was the regulatory process, because this protected building had to be authorised for planning permission. The two houses were combined in a rather rough way and all historical elements were removed. It was a long and difficult process to gain the trust of the council and show them how we would respect the original structure of the house, restore it and at the same time open up the rooms.”

How would you describe the typical ‘Originate’ style?
“In London, we often work in similar historic buildings where we always respect the building. Architects often want to force their own will by removing many of the historical elements, but we think it is actually important to preserve them. The quality of the space is of great significance and where possible, we try to raise the ceilings, or at least create a feeling of height to let as much light in as possible. Sometimes this is quite a challenge because old buildings often have small rooms, but at Little Venice we could combine the rooms by implementing new, curved passages to create that sense of space. Our designs are subdued and minimalist with an emphasis on space and light, not on decoration for the sake of decoration.” 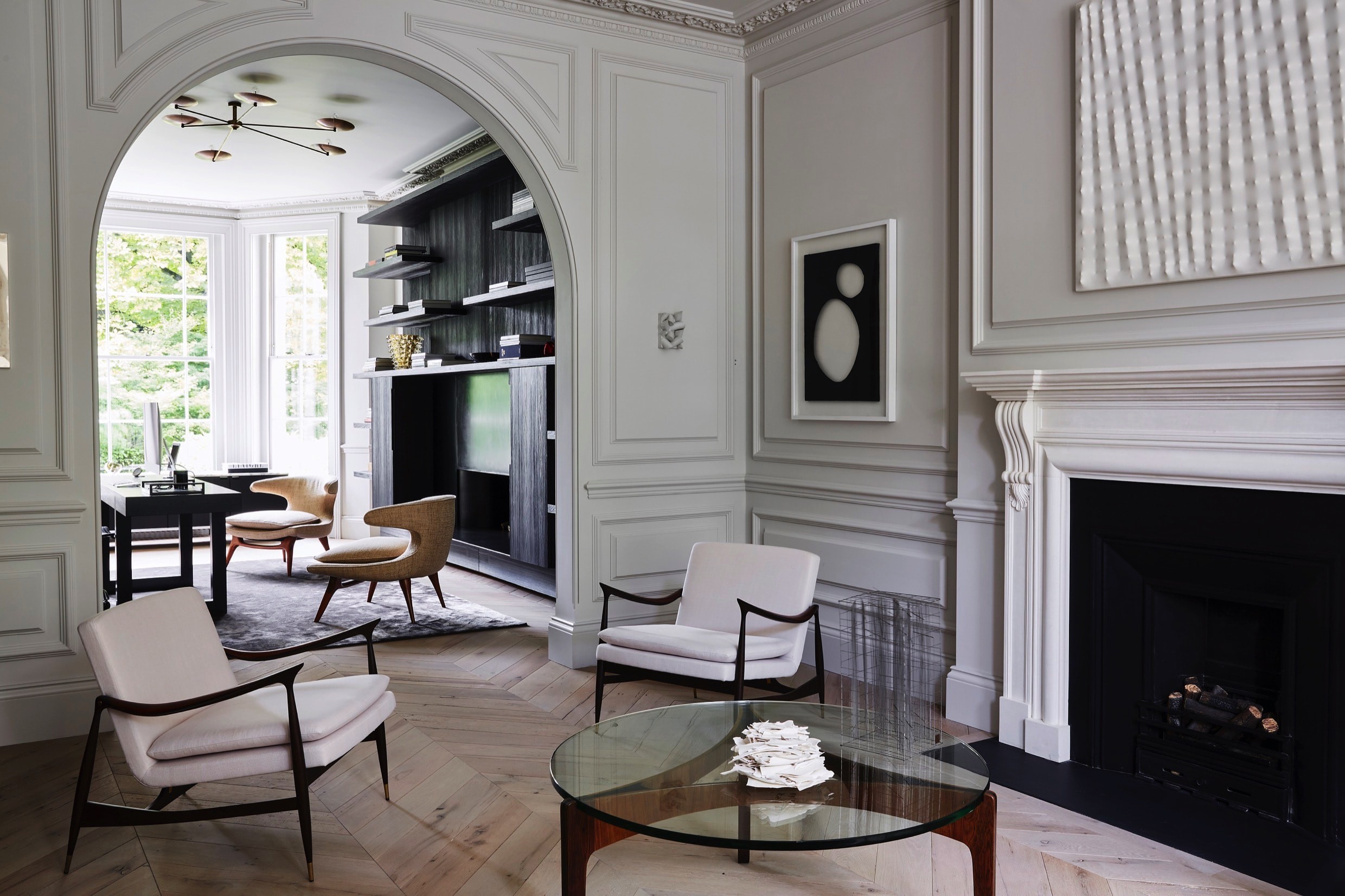 How does the ‘Originate’ style express itself in ‘Little Venice'?
“The difference with other projects is that this time, our client completely agreed with our way of thinking and with all our designs without wanting to make any adjustments. This allowed us to push the boundaries even more than usual and to create a design without any compromise. That is truly very exceptional.”

How did the design and work process go?
“We were lucky enough to work with a contractor who fully understood what we wanted to achieve and with whom — again — we did not have to compromise. For example, we encountered problems in finding the right finish for the larch wood furniture, which was crucial to the aesthetic of the interior. Together with us, the contractor went looking for a carpenter who could give the right finishing touch for this. It is important to always work with the right professionals, because with a minimalist interior every detail is important. After all, in such a design you cannot hide poor workmanship.”

This interview was originally published in Imagicasa Summer 2018.